East Kazakhstan is located in the heart of Eurasia on the intersection of 4 countries: Kazakhstan, Russia, China and Mongolia. The uniqueness of the region is the fact that you can see almost all types of landscapes typical of Central Asia: sand deserts, clay canyons, classic steppes, mountains, deciduous and coniferous forests, Alpine meadows and peaks. Due to such an unusual geographical and geopolitical position here resonate from several different cultures and traditions are interlaced. During the visit to East Kazakhstan you can meet the first nomads, fishermen and farmers. Active leisure fans can enjoy skiing, backpacking, hunting, fishing and just hiking in the first place here. And if you have decided to take a trip to this wonderful region, do not forget to visit the places which we are going to tell about. 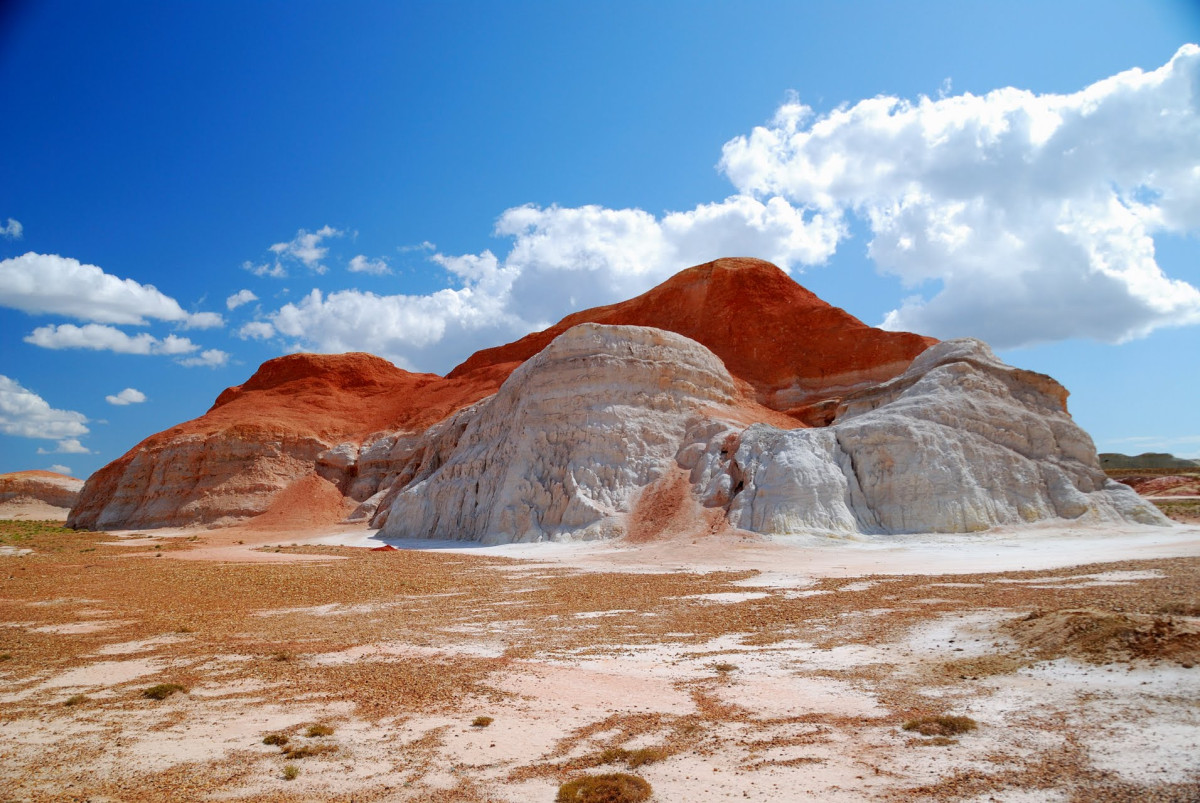 The natural boundary Kiin-Kerish is a fantastic paleontological monument, the area of almost 300 hectares of red clay rocks and breakages. The Kiin-Kerish is also called the valley of “Flaming cliffs”.

Washed out and weathered rocks of the Kiin-Kerish are in the form of bizarre Mars that any person can take this area as a decoration of a space movie.

Belukha - the snow tiara of the Altai 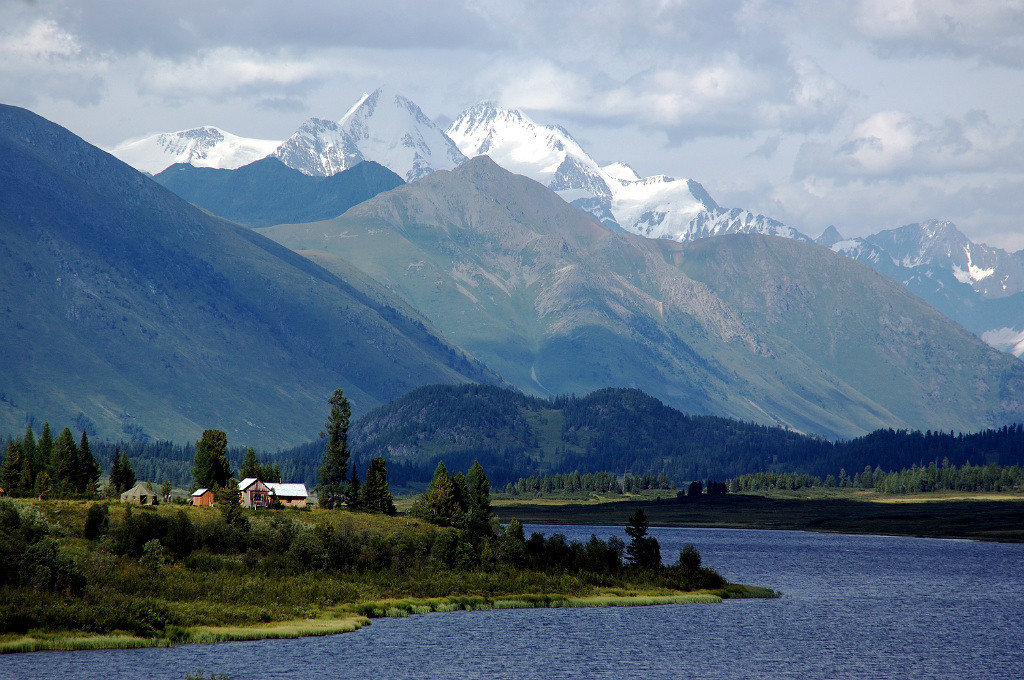 Belukha is one of the natural attractions of East Kazakhstan. This is the highest double-headed mountain of the Altai Mountains, which attracts not only hikers and climbers, but also lovers of the esoteric, that is, hidden knowledge. That is because, the foothills of Belukha have a lot of mounds and Royal tombs of the III-II centuries BC.

The mountain has two peaks, which resemble irregular pyramids. The border of China, Mongolia and Russia runs through its array. This place annually attracts a large number of climbers from different parts of the world. The combination of various conditions: high altitudes, steep slopes of the terrain, various forms of glaciation allow people to climb to the mountain top in different categories of difficulty. 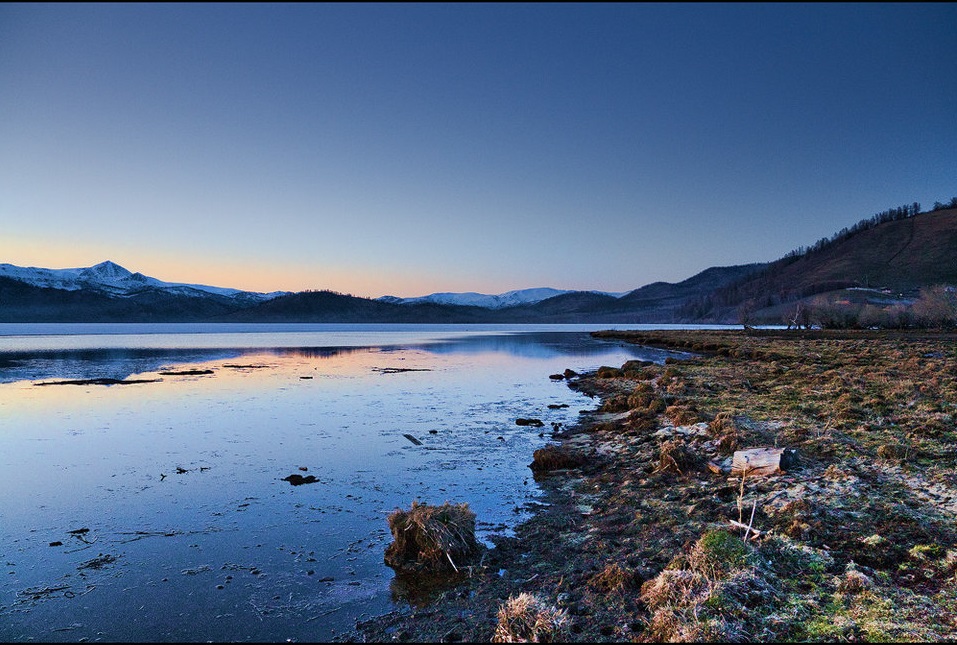 Lake Markakol is one of the most beautiful places of Kazakhstan, where it is not so easy to get to. In order to see this memorable place, it is necessary repeatedly to cross one of the rivers “Jaman Kaaba”, to go through a difficult mountain pass with its rocky ledges and overcome wide Alpine meadows.

The lake is located on the territory of the Markakol nature reserve. Its color scheme is amazing, changing depending on the weather from blue or light blue to clear sunny, to gray-black silver in cloudy weather. The water in Markakol Lake is clean, soft and fresh. Here are barbels, fish which exists nowhere else in the world.

Suspension bridge across the Irtysh River The suspension bridge is a unique bridge in the city of Semey, which is the seventeenth on account of the suspension bridges in the world and which has no analogues. The construction of the bridge at the end of the last century and its opening became a real holiday for all Kazakhstan. The bridge has become one of the most important symbols of confident behavior of the country to the development and civilization. At night the bridge is lit up with dozens of lanterns, making it even more festive and beautiful. The real cultural value of Kazakhstan is the Neolithic temple complex Ak-Baur. It is 38 km from the city Ust-Kamenogorsk, in the upper reach of the Akbaur River, behind the village Sagyr, on the mount Korzhimbai. This monument of early culture is interesting due to it preserved about 80 pictures: some images of people, drawings of dwellings and vehicles and a mountain goat; others are various symbols and signs.

An interesting fact is that the natural hole of the “roof” of the temple in the shape of heart has been machined. The researchers suggest that it may have been retouched by the person who made the ledge-fly for fixing the movement of the main constellations of the night sky. 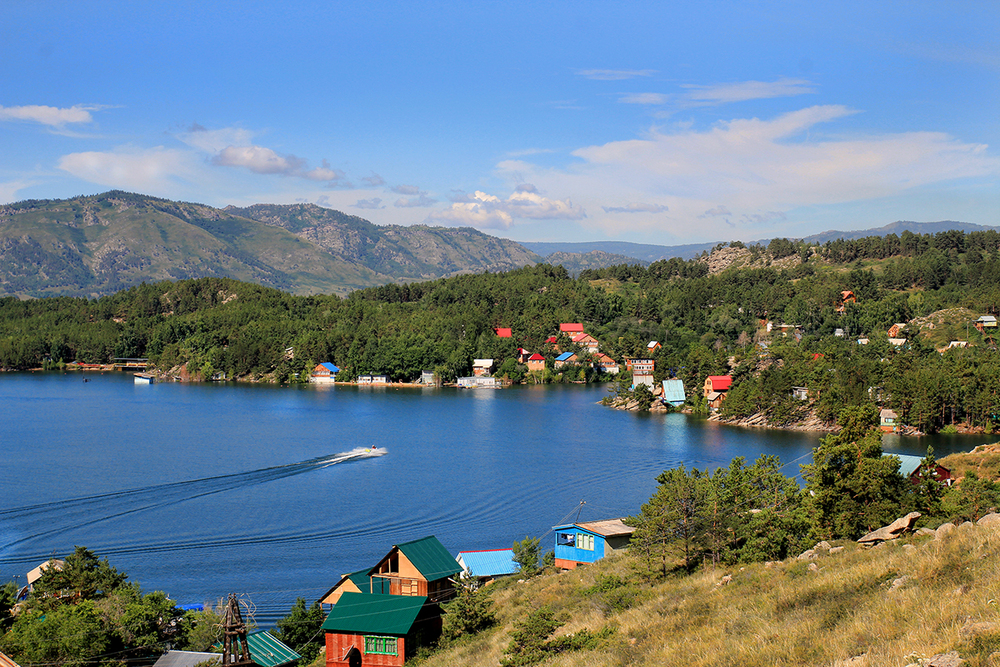 The Bukhtarma reservoir is one of the largest and most beautiful artificial reservoirs in the world. Surrounded by the ridge of the Altai Mountains, this man-made pond is located on the territory of Kazakhstan in East Kazakhstan region and is among the five world leaders in its size.

The huge size of the reservoir contributes to the formation of numerous bays and coves. Because of this, the Bukhtarma reservoir called the sea, which is in fact true. The reservoir fishery is also well developed. There are also dozens of sanatoriums, boarding houses and bases of rest. Bizarre cliffs, picturesque landscapes, sandy beaches and the brooding calm of the bay create an unforgettable panorama of the coastline. Literary-memorial Museum of Abai is one of the main historical and cultural reserves of Kazakhstan. It was opened on 16 December 1940 in Semipalatinsk for the 95th anniversary of the birth of the great Kazakh poet, thinker and founder of Kazakh written literature Abai Kunanbayev.

The fund of the Museum has 13 thousand exhibits in 7 themed halls. Here are exhibited archival documents, Abai’s autographs, the manuscript heritage of Abai’s contemporary poets, photographs, rare books, periodical publications of Abai’s times, works of art, ethnographic exhibits submitted by Abai in 1885 to the Museum, Abai’s personal belongings, works of Abai’s successors of his literary traditions, their translations into different languages. 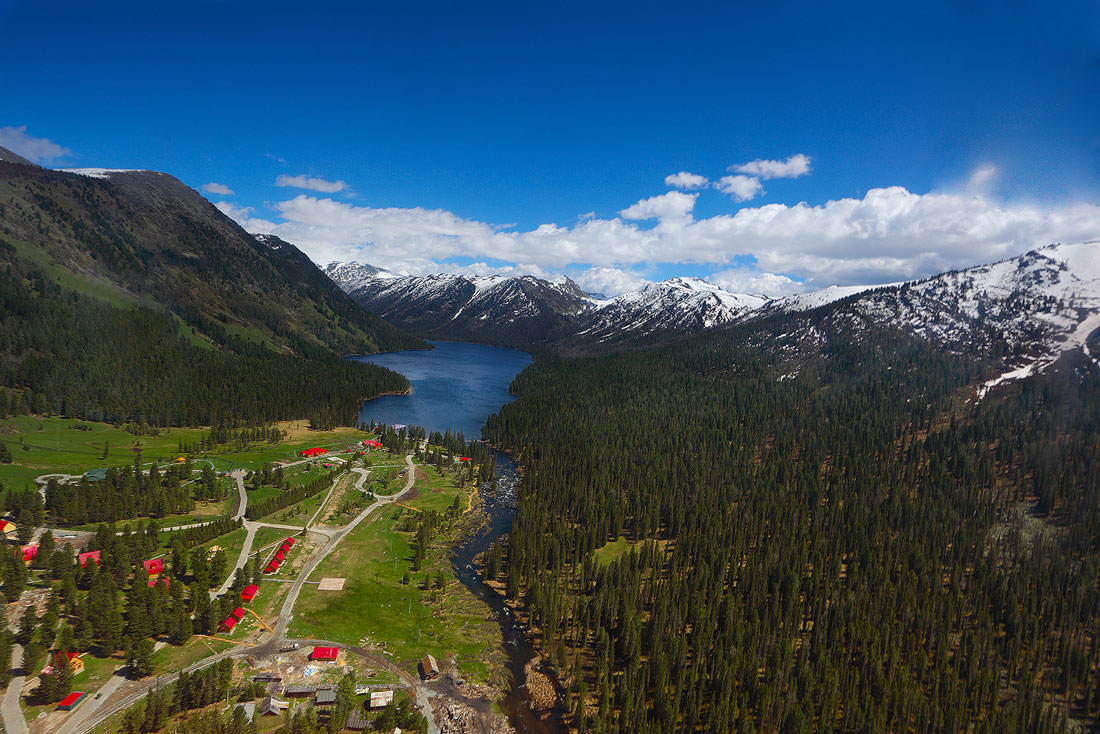 In the heart of the Altai mountains at the altitude of 1760 m above sea level, between two picturesque lakes at the bottom a spacious stone bowl there is the sanatorium “Rakhmanovskie Klyuchi”.

Famous Kazakh thermal springs are very popular in the treatment of gastrointestinal and musculoskeletal diseases. Rakhmanovskie klyuchi is a natural mineral springs enriched with radon and hydrogen carbonate of calcium. The temperature of the springs, for all time is in the range of 31-40 degrees, which is incredibly beneficial for the health of the human body.

Yazevoe is a picturesque lake on the way to the mount Belukha from the south-west side. The size of Yazevoe is relatively small, 1,0x0,4 miles covered with coniferous forest of the mountains above, passing into Alpine meadows. There is a splendid view of Belukha, which in clear weather is reflected in the lake. There are rich species diversity of flora and fauna and preserved species listed in the Red Book of Kazakhstan. According to preliminary data in the park there are over 1000 species of higher vascular plants. 30 species are listed in the Red Book: pink Rhodiola, Rhaponticum carthamoides, Altai rhubarb, Altai Siberian, Ludwig’s iris, etc.

Kazakh traditions for a foreigner

How to celebrate 8 March in Astana