These misty and motley mountains, still not thawed from winter, are seen from far away. Somewhere on the border with Kyrgyzstan, transparent blue sky contrasts with heavy soil colors.

The tall rows of Tien-Shan spruces look spectacular on the mountain tops. The wide green Fergana Valley is spreading on the west. This Ala-Tau view, above the Chu and Charyn rivers, is more than 12 million years old.

From the north, the pure Ili River is flowing down the rocks. The snow-covered mountain tops appear above it almost unexpectedly. These “Tolkien” hills are covered in hidden and not yet blossomed aromatic edelweiss flowers. An Impressionistic landscape is finished with the snowy and rocky Talgar - ridge’s highest peak.

The mountain is five kilometers high and twenty kilometers long. You can see Talgar from Almaty. It divides the big ridge in two equal halves. Then, it sets against some smaller crest. Most of the territory’s tops are long horizontal ridges. An average height is 4000 meters; it’s located in Chiliko-Kebinsk plexus of mountains. The central part of Alatau is 170 km long. The largest lakes, Big Almaty and Issyk, are on the North Slope. It is more roundish and has many ravines and valleys. It also has an Almaty reserve, which became Trans-Ili Altau National Park in 1996. 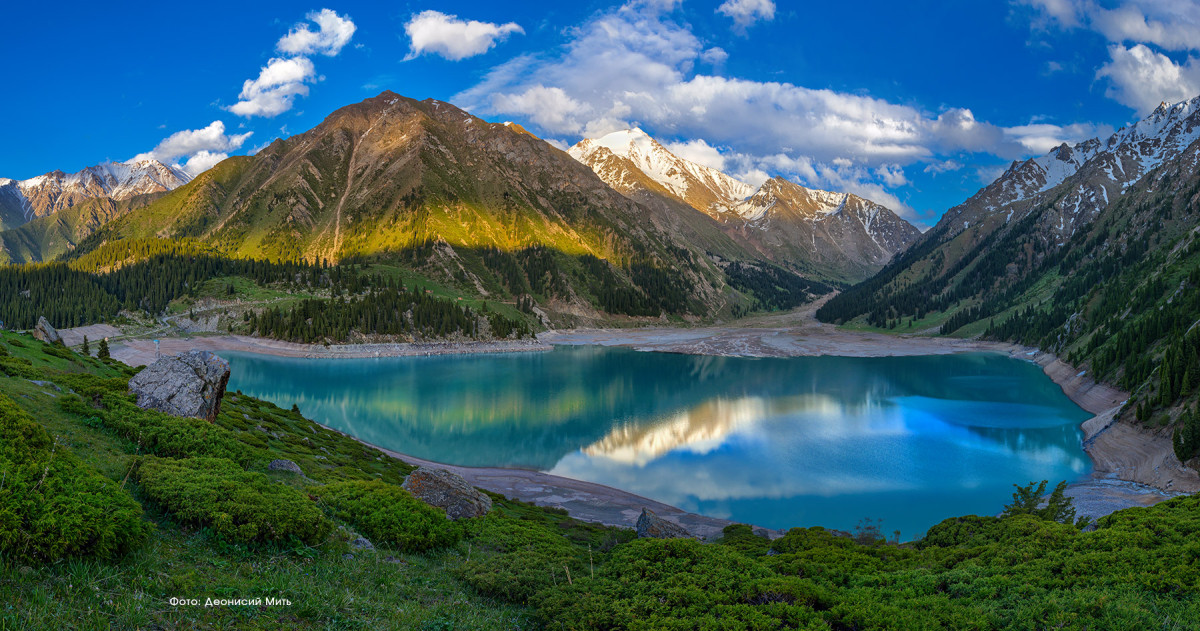 An area of 540 sq. m. is filled with 370 glaciers. One of the favorite climbing places in Alatau is Bogdanovcih glacier. Not less popular are almost untouched Little and Big Almaty, Aksai, Kargalinsk and Chemolgan canyons.

You can meet bears, snow leopards, mountain goats, snowcocks and  chukars on a park territory. There are marals, hogs, ermines and goats living among the forests. One of the most distinctive and rare Alatau’s inhabitants is the so-called blue bird (one of the blackbird species).

One of Alatau’s advantages is a comfortable weather. As opposed to the dry foot base, mountains have a clear air. The unspoiled ecosystem resulted in an evolved infrastructure. In addition to several routes and resorts, the famous Chimbulak and Medeo are here as well.

The climate variability affects the local flora. Besides the steppes, you can see Tien-Shan spruces, apple and aspen trees on the 1300 and 1700 meters high. There are some dangerous plants here as well – dittander and djungar monkshood. 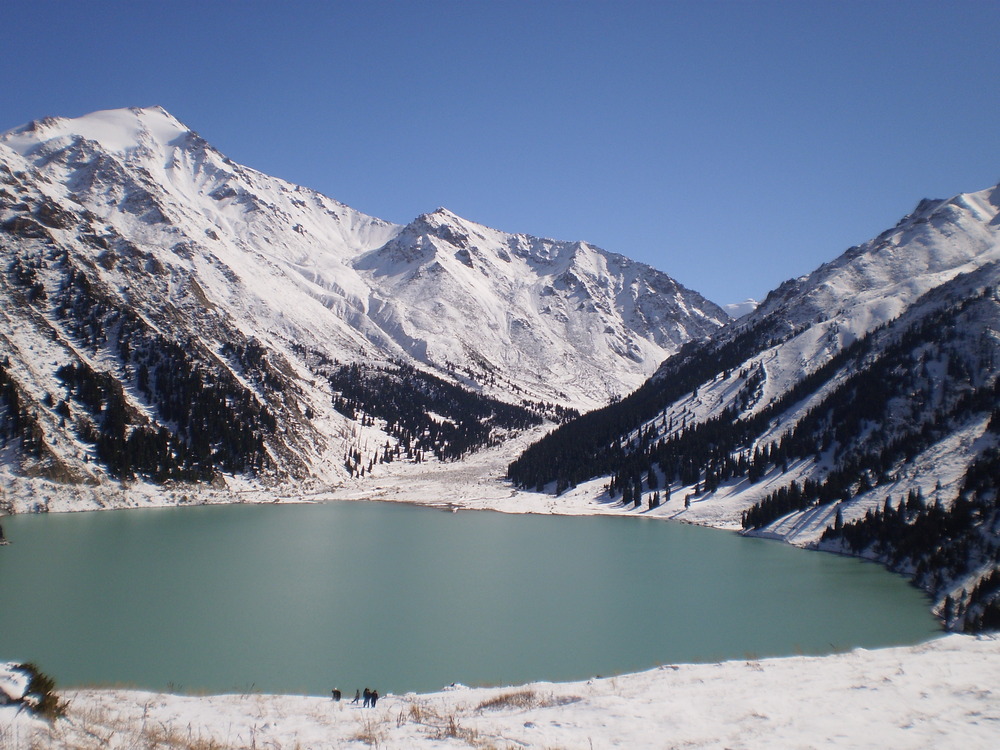 The unique Ferula assa-foetida plant was found here in 1971. Unfortunately, despite its harmlessness, it was destroyed in 1989-90, as a part of the “fight against wild narcotic plants”. Beautiful aromatic edelweiss started to rise in its place. Such flower assortment and Alpine scenery made Alatau irresistible and unique for Kazakhstan.