30.03.2021 509
Perspectives of the development of volunteering strategy

This article investigates the development of volunteering activities in Kazakhstan. Regarding to this, we decided to investigate and explore the role of the state. Therefore, the steps and actions that have been taken in order to stimulate the volunteering strategy in our country have been described briefly as well.

According to the official data, 2020 has been marked as the “Volunteering year” in our country. A Year of the “Volunteer” was announced in the country at the initiative of the current President of the Republic of Kazakhstan, Kassym-Zhomart Kemeluly Tokayev. However, this initiative was not born in the highest echelons of power, but it was the result of the appeal of the volunteering organizations themselves.

One of the conditions for the formation of civil society is the transition from the vertical model of the relations between the authorities and population to the model of joint decision-making. In its turn, the latter is largely associated with the development of the third sector, public and non-governmental organizations, that include the volunteering movement.

In the works of foreign researchers, volunteering is considered through the effectiveness of the volunteering work in individual organizations. According to Gulnaz Kassimova, the research focus in this article is based on the problems of the functioning and development processes of volunteering in Kazakhstan under the influence of state policy. 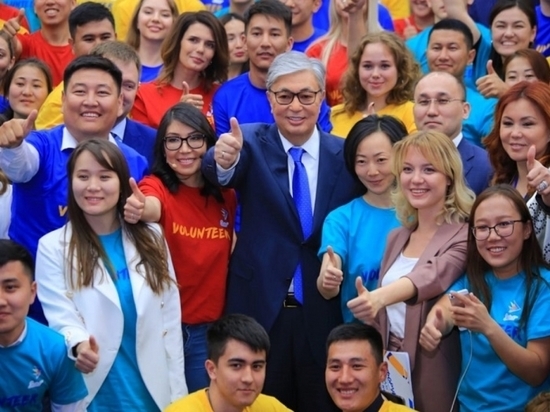 A development of volunteering movement in Kazakhstan

The volunteering movement in Kazakhstan is a very new phenomenon. It is still specific, and largely incomprehensible to most of the population. A fixation of the involvement of Kazakhstanis indicates a low culture of volunteering. So, in accordance with the sociological study commissioned by the Committee on Civil Society Affairs of the Ministry of Education and Science of the Republic of Kazakhstan in 2018, only 10.7% of the respondents have any experience in volunteering.

In this connection, we assume that the development of volunteering today is more determined by the state than the citizens themselves. A high level of volunteering activity among citizens is rather sporadic.

This is most clearly manifested during any international events (for example, the Winter Asian Games 2011 in Almaty, EXPO 2017 in Astana), emergency situations (an assistance to the victims of spring floods, an explosion in a military storage in the city of Arys, and the coronavirus pandemic as well).

The steps have been taken to stimulate the volunteering strategy

Due to the actual continuity of the topic, the basic concepts, principles of activity, financial and other issues at the legislative level were spelled out only in December 2016, when the Law on volunteering was adopted by the Parliament of Kazakhstan. It can be assumed that this happened due to the request and positive reaction of the citizens themselves.

According to the Law of Kazakhstan, volunteering is understood as the volunteer activity carried out on a gratuitous basis. A main goal of volunteering movements is to provide an assistance in solving social problems, as well as training and increasing the role of volunteers.

In accordance with the results of a sociological survey in 2018, most of those with volunteering experience indicate a social orientation – 22%. This area included the assistance to socially vulnerable categories: the low-income families, the elderly, as well as the assistance in raising the funds for medical needs. 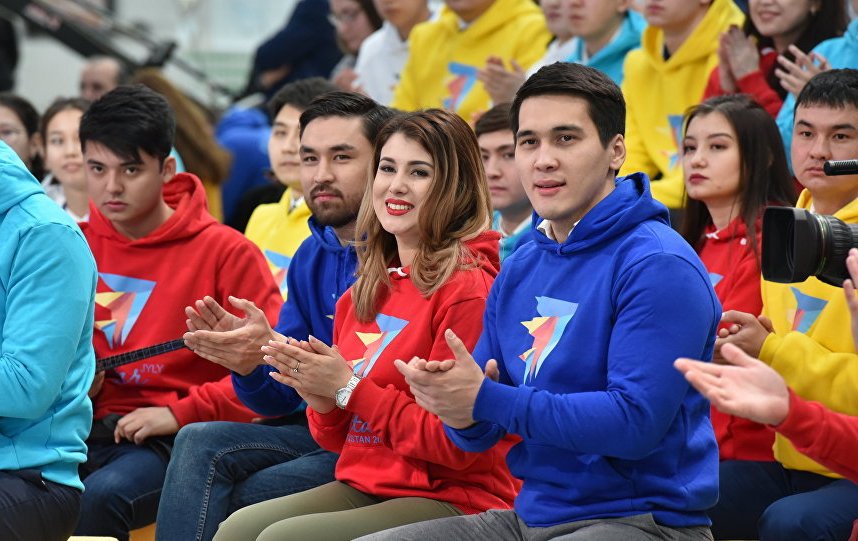 The problematic issues for Kazakhstani volunteers

The problem areas, the solution of which is undertaken by Kazakhstani volunteers, are depoliticized actually. This trait is similar to what foreign, in particular American, volunteer researchers are talking about. For example, N. Eliasof concludes that the sphere of activity of American volunteers is related to the daily nature, while being geographically close to the place of residence. And, the issues that volunteer groups take on do not require lengthy discussions and do not have a political context. That is, those that they consider themselves are feasible.

A separate chapter of the Law on Volunteering is devoted to the issues of state regulation in the field of volunteering. According to this chapter, the state plays the role of the main organizer at both the central and local levels. And one of the tasks that state bodies set themselves is the creation of the public platform and the expansion of the volunteering network.

One of the most significant actions is the preparation of the site. A main developer dealing with this issue is the MIOR of the Republic of Kazakhstan, in particular the Committee for the Development of Civil Society. In the fall of 2019, the representatives of the MIOR of the Republic of Kazakhstan announced a Draft plan for the implementation of activities, one of the tasks of which is the development of volunteering at the regional level. A relevance of regional development is confirmed by the results of research conducted in earlier periods.

So, according to the 2014 data, the most active activity of volunteering groups, that was noted by the respondents, has been observed in Almaty, Kostanay and Zhambyl regions, as well as in Nur-Sultan. Furthermore, the indicators were very low in Western region.

In 2017, the number of volunteering organizations was 125. The largest number of which is concentrated in Almaty, Karaganda regions, as well as in the city of Nur-Sultan. Some growth was observed in the Western region, Atyrau and Mangystau regions. An exception was the West Kazakhstan and Aktobe regions, where a lower level of volunteering movement remains.

For the further development of volunteering, a unified platform of volunteers has been created in the website qazvolunteer.kz.

In addition, in the profile, the users can leave the reviews, that also affect the overall rating of the volunteer.

However, an analysis of the platform by Similar Web indicates a low user activity. So, according to the rank of attendance, the website “Qazvolunteer.kz” is on the 7,233rd place in Kazakhstan. That means, the audience of the platform is quite specific and it is characterized by a few number of users. Direct traffic is the main source of traffic – 75.5%. By the keywords, an attendance through search is only 19%. Low traffic is recorded through social networks – 3.75%. In this connection, the need for information support of this platform among the user audience is noted as well.

A development of volunteering activities implies the creation of a supportive environment. However, in contrast to the same Western countries, where the methods of incentivizing volunteers include various kinds of tax breaks, discounts, advantages in selection to the educational institutions, or when hiring the people. In Kazakhstan, these methods are not used, but they are under the discussion, that also negatively affect the popularity of volunteering among the population. So, a responsible government body put forward a proposal to take into account volunteering activities, when entering colleges, universities, as well as the inclusion of volunteering work experience at the workplace.

In addition, despite the principle of gratuitous activity, an issue of financing is relevant within the framework of the organization. In Kazakhstan, the state supports volunteers through the provision of small programs for various initiatives. 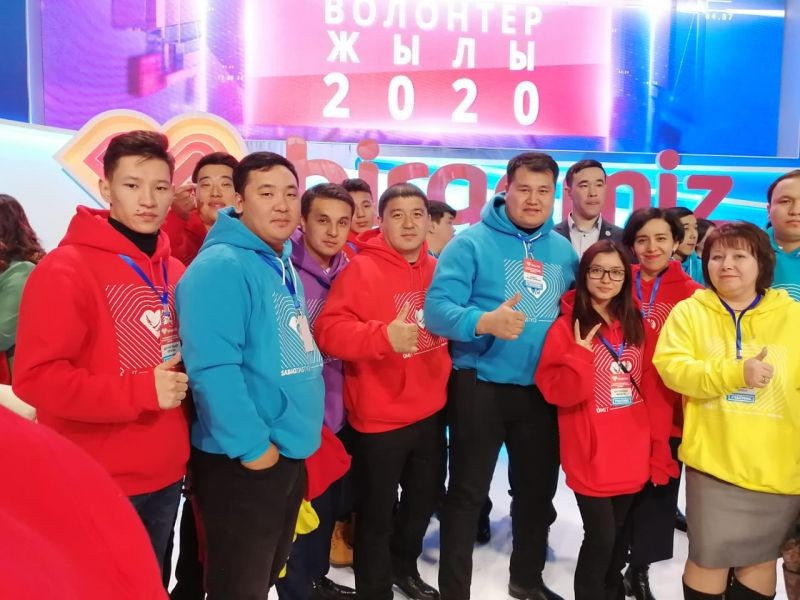 The events of the last few years and manifestation of social activity among citizens indicate the positive changes in the development of the third sector in Kazakhstan. Nevertheless, an analysis of volunteering activities indicates that this direction is being developed largely due to the participation of the state. This is definitely true considering that 2020 has been declared as the “Year of Volunteering”. However, it should be noted that due to the government policy, volunteering is becoming more structured nowadays. In particular, we can note the adoption of the law, creation of the single platform, an expansion of the volunteering network at the regional level.

In this regard, it is recommended to consider a possibility of introducing additional benefits, incentives to stimulate the growth of the number of potential volunteers.

In addition, it is necessary to develop the measures to strengthen the interaction of organizations and volunteering movements on the regular basis.

(The pictures were taken from open Internet sources)