Today it is clearly seen that mediation has become an important part of the legal system of society. This is evidenced by the positive dynamics of increasing the number of appeals to the offices of mediation and the number of resolved conflicts.

In North-Kazakhstan region a lot of attention is paid to the development of mediation. In total, there are 33 professional and 323 non-professional mediators in the region. Their activities are aimed at providing citizens with pre-trial assistance for conflict resolution.

The mediation institute is relatively young, Gulbakhsha Mussabayeva said. The procedure for reconciling the parties has been in force since August 5, 2011.

"To date, the most important point is to sum up the contribution of mediators working in the districts to the development and strengthening of unity and harmony. At present, a pilot project of the Supreme Court is under way. It is necessary to form a legal culture when disputes and conflicts arise, to address first of all to mediators", says the mediator.

With the introduction of the institute of mediation, the attitude of citizens to such processes is changing. During the mediation procedure, the participants of controversial and conflict relations are interested in independent settlement of arising contradictions between them. The main feature of mediation is a constructive search for a solution. Mediation is not just a method of conflict resolution; it should become a vital principle of every person. Owning the basics of mediation will be able not only to successfully resolve conflicts, but also to improve mediation, will contribute to the creation of a mentality of cooperation in society and the formation of such a mentality from the school bench. When emerging from a conflict, it is important to maintain a balance so that everyone has the right to protect their interests, regardless of whether they are adults or children. The Institute of Mediation finds support from the judiciary, lawyers and notaries. The importance of mediation as an alternative way of resolving conflicts and disputes is also noted by many experts in law and psychology and, of course, by those who have already used the services of mediators. 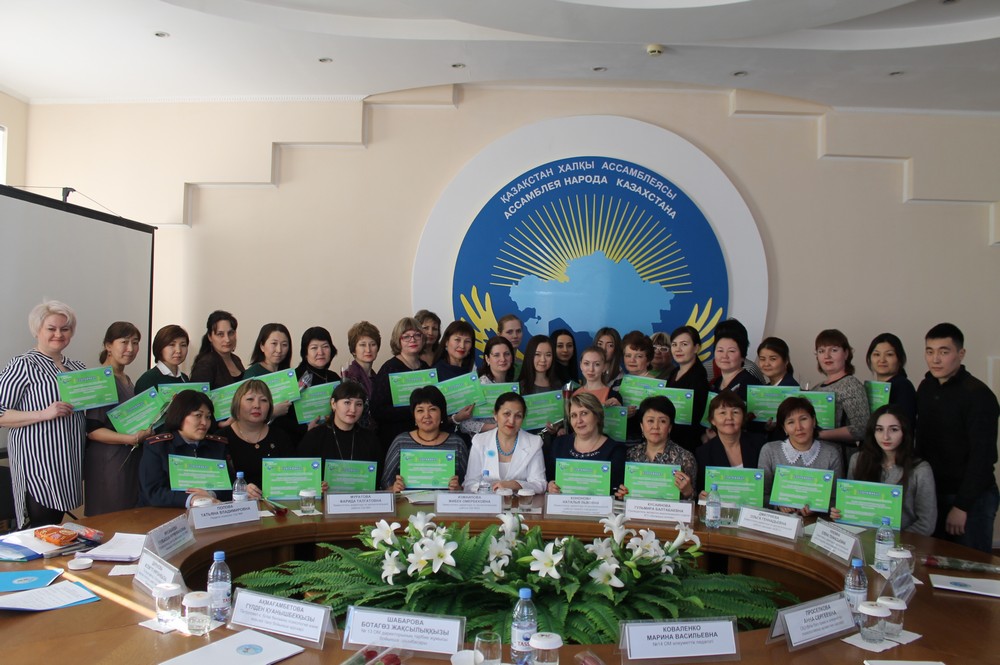 Thus, one of the important areas of mediation development in the region is school mediation. The Friendship House holds various seminars and training sessions for education workers, social workers and psychologists at general education schools. The main purpose of such seminars is to teach the basics of mediation and also to demonstrate positive experience in using school-based mediation technologies. At such seminars, the colleagues share their knowledge and experience, talk about the role and importance of the institution of mediation in solving problems through conciliation procedures, the process of introducing school mediation into the educational process, and the resolution of internal conflicts through negotiations and the formation of a dialogue platform.

The teachers also give practical examples of introduction of mediation technologies in school. Thus, with the help of basic mediation approaches, conflicts were resolved without interference from outsiders. As a result of reconciliation of the parties, an agreement is signed, according to which the parties confirm the fact that there are no claims against each other. Video clips are shown during the seminars and trainings, which become a demonstration of real life situations in the society. The participants not only watch these videos, but also try to analyze the situations, determine the essence and cause of the conflict, as well as propose possible solutions to the dispute.

In addition, seminars and training sessions are held for secondary school students in the city. Pupils are told how important it is to avoid conflicts at school and, if they do occur, to master certain techniques to resolve them. The main thing is to learn how to be a mediator and how to structure a conversation so that pupils can reconcile. Pupils describe their experiences and the most frequent disputes and conflicts between pupils and give examples of conflicts between pupils and teachers. There is great interest in watching an educational film about school mediation, which shows a model of mediation procedure of conflict between high school students. Also, psychologists who take part in seminars and training sessions get acquainted with the work of the school mediation service and ask questions about its organization and activities.

The Mediation Cabinet of North Kazakhstan Regional Assembly of People of Kazakhstan is constantly doing a lot of work to promote the mediation institute in the society. Also the cabinet of mediation conducts conferences and round tables for professional and public mediators, chairmen of ethno-cultural associations and public structures of Assembly of People of Kazakhstan of North Kazakhstan region, workers in education where the main purpose is propaganda of mediation in the field of prevention of disputes and conflicts for preservation and strengthening of unity and consent in the Kazakhstan society. Last year a conference on a theme "Mediation as a basis of legal culture of unity and consent" was held, where the head of Secretariat of North Kazakhstan regional assembly of people of Kazakhstan Muratbek Zeynullin has noted that development of mediation for today is very actual direction. "The courts have a very heavy workload. With popularization of mediation institute in our society the situation has changed for the better. For example, 171 agreements were concluded with the help of mediation procedure in 2016, 667 in 2017, 764 in 2018 and 682 media agreements in Q3 2019," Muratbek Zeynullin said.

The conference considered pressing issues of forming a new legal culture of civil society through the use of mediation, interaction between law enforcement agencies and government agencies in the area of mediation, and raised questions about the development of school mediation in the region.Currently, the mediation office cooperates with three schools, which in the future plan to open mediation offices and train students in the procedure of mediation: a general education school-lyceum at the Petropavlovsk Humanitarian College named after M. Zhumabayev, Regional Special Boarding School for Gifted Children "LORD" and Al-Farabi School-Lyceum. Associate Professor, Candidate of Historical Sciences of Manash Kozybayev North Kazakhstan State University Z.K. Kartova talked about historical prerequisites for creation of the institute of mediation in her report on the theme of "The Court of Biy as the historical basis of the institute of mediation". The judge-conciliator of North-Kazakhstan regional court A.B. Aysina has acted with the report "About development of judicial mediation: problems and prospects". In addition, G.A. Pekhotina, Head of the North Kazakhstan Center for Mediation and Law "Sodruzhestvo", told about the development of mediation. Master's and four-year students of the specialty "Jurisprudence" of M. Kozybayev NKSU, who study the discipline "Fundamentals of Mediation" within the curriculum, shared their views on mediation as a factor of formation of legal culture of unity and harmony in the society. Master's student Saniya Zhukenova told that she chose mediation research as a topic for her master's thesis. This scientific interest is connected with her future professional choice. Student Aigerim Nagumanova noted that the given discipline is taught by the head of a cabinet of mediation of Kogamdyk Kelisim MPI, Candidate of Juridical Sciences Gulbakhsha Mussabayeva: "Classes pass interestingly and now we are taught already to conduct procedure of mediation".

Gulbakhsha Mussabayeva, Head of the Mediation Cabinet, a professional mediator, in her report noted the importance of mediation in the region in all spheres of relations. Information was provided on cooperation between law enforcement bodies, trade unions and mediators, positive results were noted.

An important point was the presentation of methodological materials to future heads of mediation rooms in schools and students.

At the end of the conference, a coffee break was organized for the participants, where they discussed the prospects for the development of the mediation institute in the North Kazakhstan region in an informal setting.

The Mediation Room also hosts the United Republican Mediation Day. The Regional Assembly of the People of Kazakhstan has started its work in the format of the Open Doors Day of the Mediation Cabinet. On this day, a public reception room with free consultation of professional mediators is organized in the square in front of the House of Friendship. The citizens can ask questions on the direction of peaceful conflict resolution. Mediators pay special attention to each citizen, because the purpose of mediation is to develop a mutually beneficial agreement between the parties on controversial issues.

Within the framework of a single day, the mediators hold a round table, where the importance of mediation in our country is discussed. Peaceful settlement of disputes is the basis of public consent. Also during the discussion, a number of proposals are put forward, for the benefit of the development of mediation institute, as well as opening mediation offices in educational institutions of the region. In addition, Media Technologies for All training seminar has recently been held for teachers of the college and students studying in the field of jurisprudence.

During the event, Head of the Mediation Room, Gulbakhsha Mussabayeva presented information and theoretical material on the role of mediation in the modern world, as well as demonstrated educational and developmental films. After watching each video, seminar participants were given tasks aimed at developing practical experience in solving specific problems.

One of the fascinating tasks was demonstration of mediation principles in the form of game activities. Thus, the teams had to conduct a mediation procedure in the form of a skit, based on the theoretical and practical data obtained. The participants showed not only the acquired knowledge, but also demonstrated creativity, as well as the ability to listen, conduct diplomatic negotiations, manage their own emotions.

United We Fight: Spreading the Message of Hope