Ecologists, experts, and representatives of public opinion oppose the project of 6 incineration plants and the recycling, an efficient system of separate collection of waste, the cancellation of the commission’s decision on the selection of settlements, and the State environmental expertise. They discussed violations of public interests, air pollution, the environment, and the impact on population health at the press conference in Almaty, as well as presenting their own individual works and the results of foreign countries. 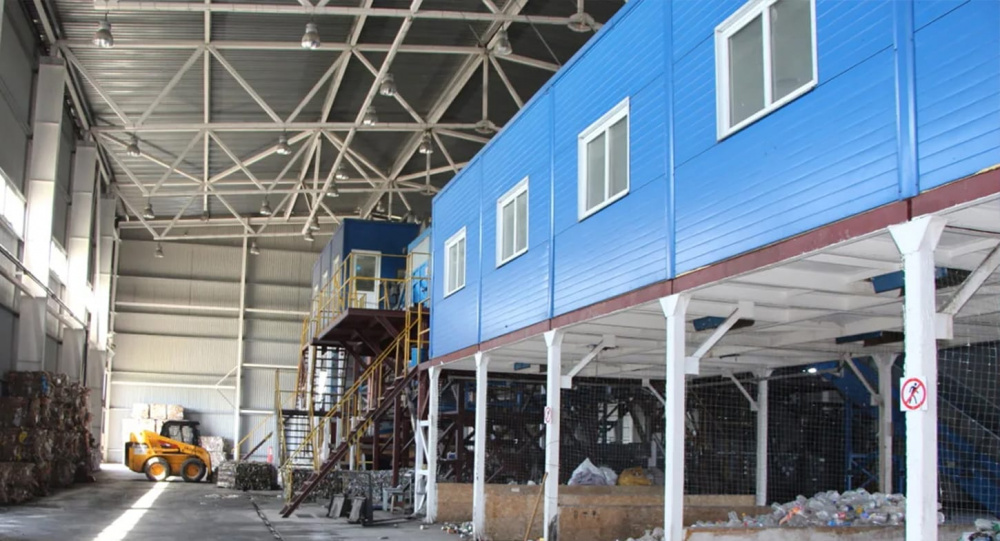 A director of public fund “Greenup.kz”, co-founder of public movement “Recycle Birge” and business consultant on environmental liability issues, Aliya Salmenova stated that it is difficult to refer to this process as a hearing. With the introduction of the pilot project, six waste incineration plants (hereinafter, referred to as IGC) have not implemented public hearings in any of the six cities.

This contradicts directly the Orhuna Convention, so we decided to gather experts and express our opinion on this project in order to get from the public the widest possible view and information, as well as having an objective assessment on the project of waste burning plants, whether we need them, and how expedient and beneficial it is for the citizens to develop Kazakhstan in a new perspective.

Kuralay Aliyeva, the initiator of the petition “Against the IGC and Processing Project”, shared her perspective on the situation, discussing how the incineration plant could affect environmental pollution and clean air.

- “The IGC is a source of emissions of the carbon dioxide, uranium, and heavy metals into the environment. These substances are poisons that accumulate and can cause the respiratory, cardiovascular, oncological, and endocrine diseases. The recent studies have been carried out in Germany, Belgium, England, the USA, Finland, and Italy, where the incidence of the population, especially cancer, has increased within a 100 km radius of the incinerator. The IGC does not solve the problem of landfills, which has its main task, as the incineration produces toxic ash and slag waste, that have 40% of the original weight and for which they need new landfills for a hazardous waste”, - she said.

The price of the question for garbage energy is very high. In July 2021, there was an auction, where the only participant in the auction was presented, and the price of 172 tenge per square meter was set immediately. In this regard, waste energy is much more expensive than inexhaustible energy source.

- “Every replacement of cleaning plants in order to have good filtration is very expensive. There is an experience in India where the high price was the reason that these installations, the so-called filters, were not replaced with new ones. Support of incineration stations will cost the economy about 85 billion tenge, (in prices from 2021) above all existing renewable energy stations. Initially, the investment price for the construction of 6 waste incineration plants was set at 180 billion KZT per year, but then the price rose to 293 billion tenge”, - Kuralay said.

It is commonly known that disposable products such as plastic disposable dishes, cotton sticks, sticks for the balloons, foam polystyrene ware, food containers, and others have banned in the European Union since July 3, 2021. There is a plan to prevent waste collection and to reduce plastic waste.

- “It is planned to collect and recycle 90% of used plastic bottles. 25% of plastic bottles are to be made from recycled plastic by 2025 and 30% by 2030. Plastic bottles with screw-on lids will be banned. The lids will have to be attached to the bottle itself. It is planned that every EU citizen will have the opportunity to have clean water to reduce the consumption of bottled water. The European Commission pays special attention to development, design, and production”, - Kuralay noted.

Scientific research by the scientists from Nazarbayev University indicates that it is possible to achieve almost 50% recycling of organic waste.

The ministry pollutes the environment, is inefficient, and the project is unprofitable, expensive, and endangers the cultivation of the processing industry.

- “The issue of plastic, rubber, and other materials are being discussed and solved, and other waste is burning badly. The project runs counter to the concept of sustainable development and cyclical economics, neglecting the higher priority of waste management and leading to the irreversible loss of useful resources. So far, the discard was a real solution to the problem of garbage 25–30 years ago”, - the expert said.

The director of Karaganda Regional Ecological Museum, expert in scientific anti-corruption expertise from Karaganda, Aigul Malikova presented her research project, called “Public opinion of Karaganda residents on the construction of the Ministry of Agriculture”. Settlements for the location of energy recycling facilities are Nur-Sultan, Almaty, Aktobe, Ust-Kamenogorsk, Shymkent and Karaganda regions (PS Prishakhtinsk).

In her analytical study, she shared her knowledge and experiences on how and by whom these settlements were chosen, how it turned out that the auction resulted in the construction and operation of the IGC being carried out by one single organization; and how the public was involved in environmental issues when working and deciding on the construction of an IGC. The study did not find out a list of energy-producing organizations using energy-based waste management in the network.

The public interests were violated, so the commission chose settlements without consulting the public and the petition “Against the IGC Project and the Development of Processing” in Kazakhstan (avaaz.org); and public access to environmental protection decisions have not been guaranteed too.

- “The principle of environmental legislation of our country is considered the principle of public participation (subparagraph 9 of article 5 of the EC of the Republic of Kazakhstan) that has been violated. The public has the right to participate in decision-making related to environmental protection and sustainable development of the Republic of Kazakhstan, affecting the environment and sustainable development. “Public authorities and officials shall ensure the transparency of planned decisions that may have an impact on the state of the environment, under conditions that allow the public to express its opinion, which shall be taken into account in their adoption”, - she added.

Additionally, it follows from the statement of the expert of scientific anti-corruption expertise that the public of Karaganda demands to cancel the decision of the commission on the selection of settlements, as it was prepared on the basis of the rules of the list, including the risk factors of corruption, internal problems, as conferring undue powers on a seven-person commission and another environmental issues.

The results of the auction as of July 15, 2021 have to be cancelled as the tender was inappropriately admitted by an organization not included in the list of energy - producing organizations, which at the auction stage was not even approved by the Ministry.

The main issue is the requirements of the Republic of Kazakhstan's Environmental Code is that the projects of the State Environmental Inspectorate developed by central state bodies and local government bodies, the implementation of which may have negative environmental consequences (a list of energy-producing organizations). Conducting public hearings is mandatory in the process of carrying out the state's ecological expertise.

It requires the development of a procedure for classifying NAP projects as subject to state the environmental expertise and for the submission to public hearings.

Besides that, the environmental communities should establish liability for non-compliance with SEE and public hearing requirements and conduct a state environmental assessment and public hearings for NAP projects that have been developed and adopted by central and local government bodies, which ecologist and President of the Ecological Union of Associations and Enterprises of Kazakhstan “Tabiat”, Mels Eleusizov, and the Chairman of “ECOM” LLC “Association”, Civil Alliance of Pavlodar region, made proposals, visions, and presentations. An ecologist-researcher, PHD in the field of sustainable development, Svetlana Mogiliuk, Senior Researcher of the Laboratory “Ecology of the Biosphere”, International Consultant from Almaty Aiymgul Kerimray, the CEO of Kazakhstan Waste Recycling, Collection, Sorting, and Recycling Company of Individuals in Kazakhstan, co-founder of Qazaq Recycling for the Polyethylene Collection and Processing, Dana Sultanova, eco-activist and founder of eco-friendly recycling Shymkent's Ecobook Aiman Seksenova, Founder and Head of Secondary Raw Material Recovery Company of Eco Waste Aktau, Kunanbayeva Aisulu, Eco-consultant, Managing Director of ECO Network from Aktobe Saltanat Bralina, engineer-physicist, laureate of the State Prize of Tatarstan in ecology, academician of the International Public Academy of Safety and Environmental Management, chairman of the Anti-Nuclear Society of Tatarstan, Russia, Albert Garapov and other researchers could take part and evaluate the research works as well.

In conclusion, the social activists, scientists and environmentalists hope that the state bodies will listen to their opinions and reconsider the necessity of the pilot project because the life and health of our citizens depend on the environment and clean air. At least in the last two years, this has resulted in negative consequences.

(The images were derived from the open sources)