The el.kz editorial board presents you a list of bypass roads during congestion to save your time

According to the census of 2014, in Astana, the number of registered cars reached 300 thousand units. Taking into account the newcomers from other regions of the country, and visitors to the city, this figure has probably increased several times. Therefore, kilometer traffic jams in Astana today do not surprise anyone. Experts claim that the number of vehicles in the city has grown disproportionately urban bridges and road junctions.

The el.kz editorial board presents you a list of bypass roads during congestion to save your time. It cannot be unknown for a real metropolitan. If you have some additional information, you can share them below.

Note: Going on the bypass roads is recommended only during the rush hours. At any other time these roads are full of pedestrians and parked cars. The map shows traffic jams with red lines and bypass roads with green. In Mangilik El street traffic jams usually occur in the following periods of time: in the morning from 8.30 to 9.30, in the afternoon from 13.00 to 14.30 and in the evening from 18.00 to 19.30. When you are driving from the airport along this street, the traffic jams can be avoided in the following manner: having passed the intersection of Kerey and Janibek Khandar streets, on the right side you can see the “parking bay”. Turning right here, you will pass without any problems until the next bridge. Without taking your attention from this site, have a look at the following image. When you are coming from Alikhan Bukeikhan street, you have the option to turn left and go to Mangilik El street. Or, without turning, you can go to the bridge Syganak, thereby, drive without traffic jams to the right bank. 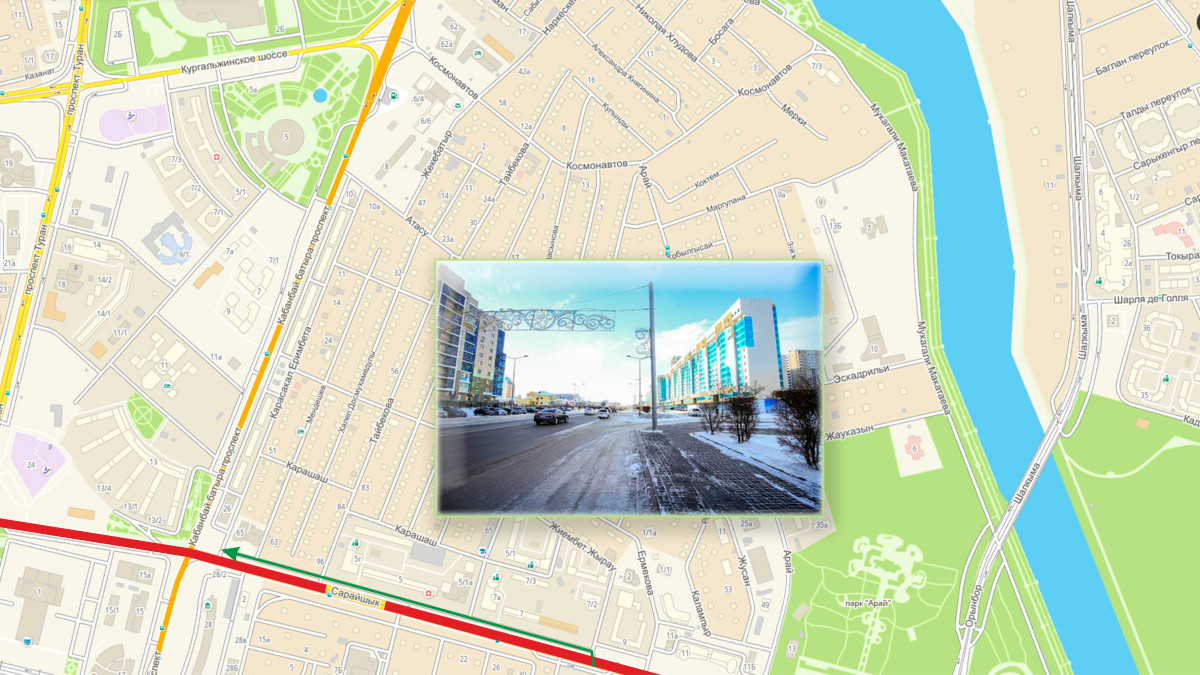 Generally, this wide street does not have traffic jams. But just in case, keep in mind: if necessary, you can avoid the traffic jams on the bypass road on the right side of the street. Pay attention, the road passes next to the apartment complex, so try not to exceed the speed. 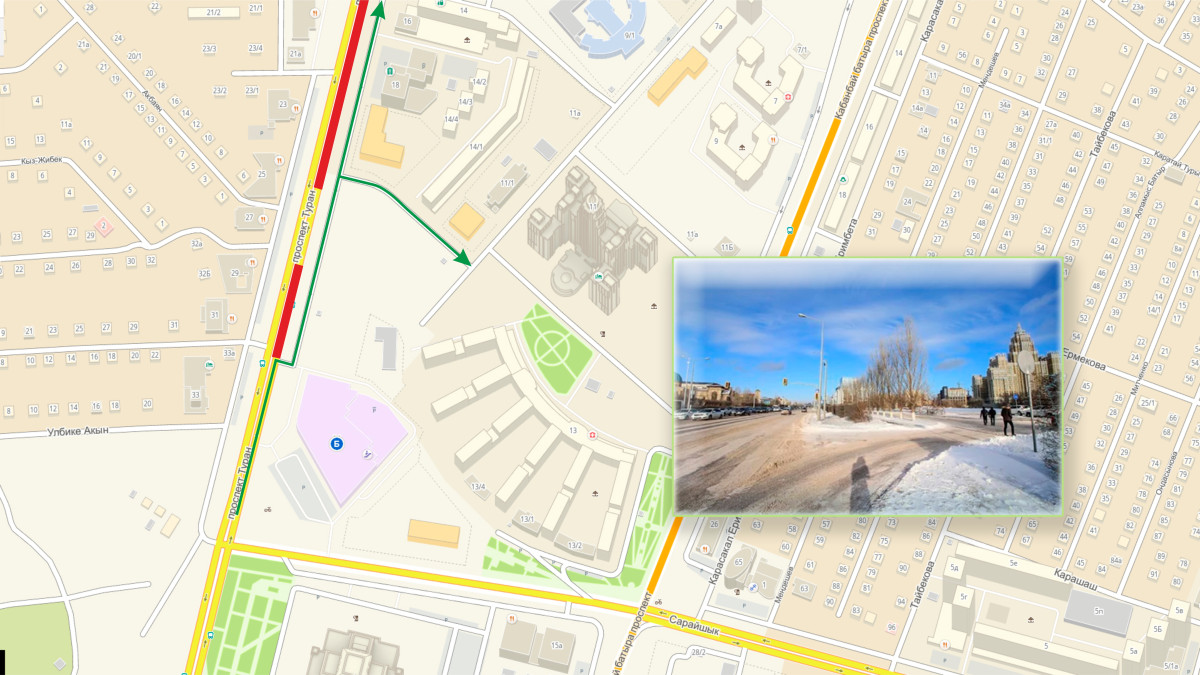 Along Turan avenue many popular shopping centers and restaurants are located. And so here the road is always overloaded. For your information: when you are driving in the street, you can turn after the “Saryarka” SEC toward the “parking bay”. Thus you will be able to drive without traffic jams in Kabanbai Batyr street, or until the next shopping center “Mega”. 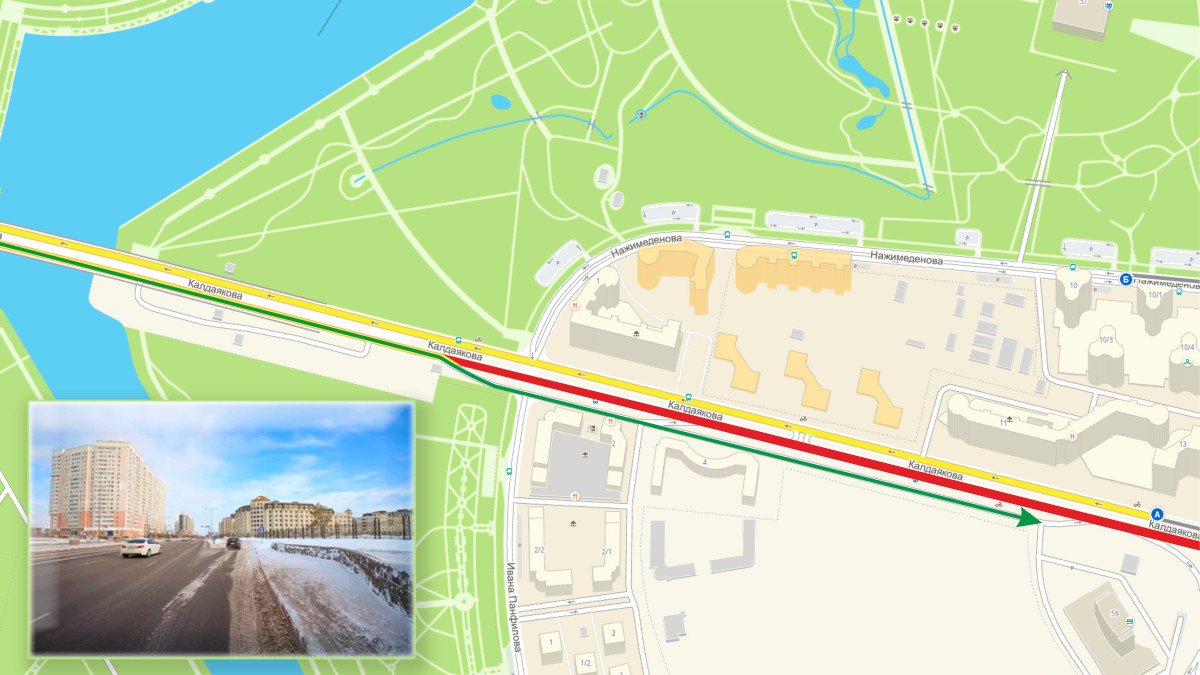 The residents of the city, especially civil servants, in order to avoid the traffic jams after work, try to go to the right bank across the bridge in Syganak street. But people hardly ever know that going down from the bridge and turning left, it is possible to drive to Tauelsizdik street along the “parking bay”. 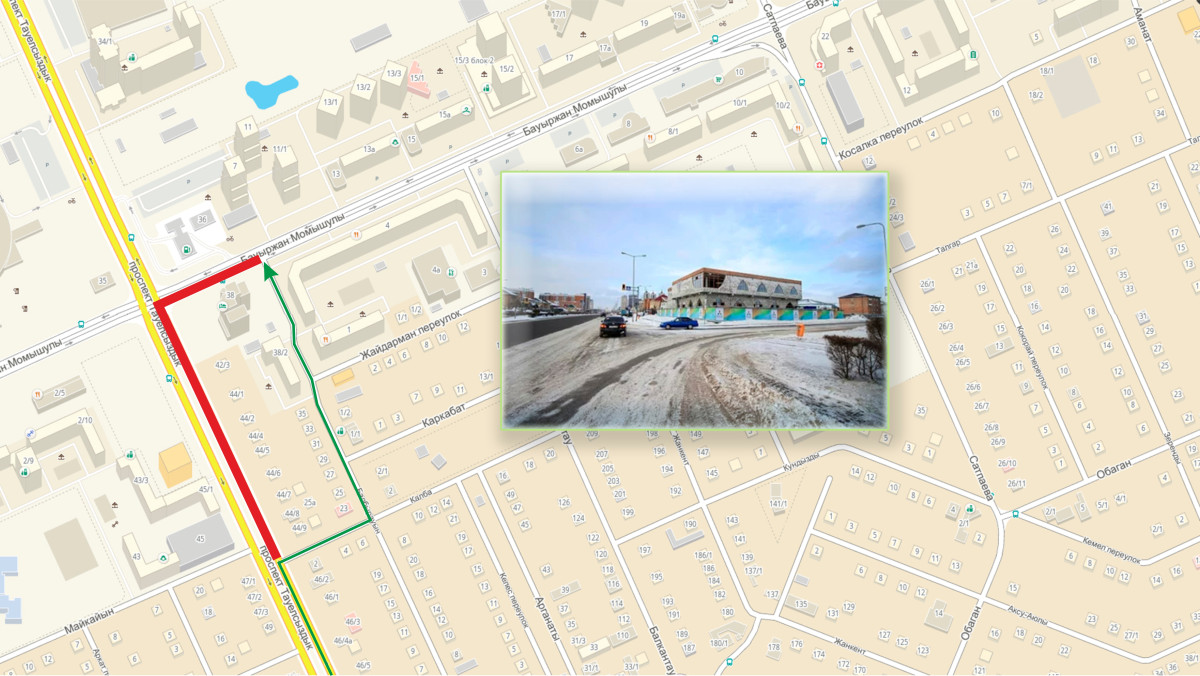 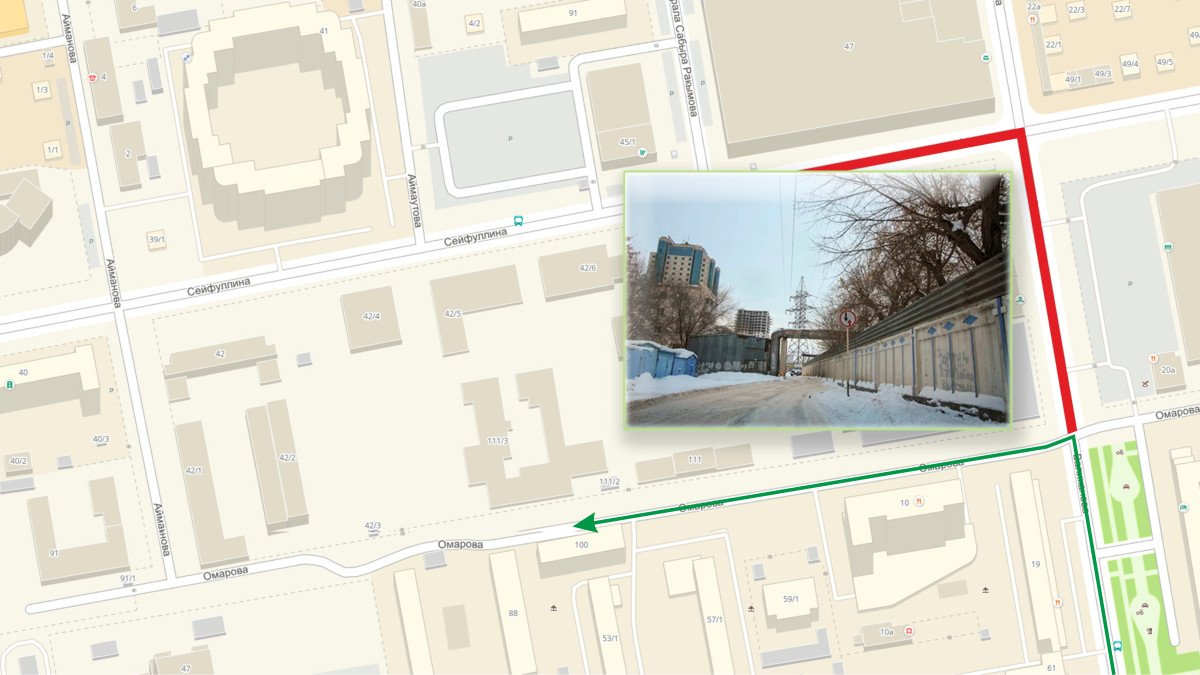 All metropolitans are aware that Sh.Ualikhanov street has traffic jams very often. And all because of a few shopping centers such as “Artem” and “Shapagat” located at the end of this street. In order not to get stuck, you can turn at Omarov street. Just keep in mind that this street is very narrow.