Oh, and what did not sculptors create around the world?

Oh, and what did not sculptors create around the world? Under their skillful hands and unrestrained imagination were born such masterpieces as:  the world’s only monument to the enema in Russia Zheleznovodsk; the monument to the middle finger, depicting the same rude gesture in Milan or the sculpture of a bronze man urinating in the street in Denmark. In general, it is impossible to have all listed. So we asked ourselves, are there any funny or at least unusual sculptures in the cities of Kazakhstan? Searching them, we walked around Kostanay. 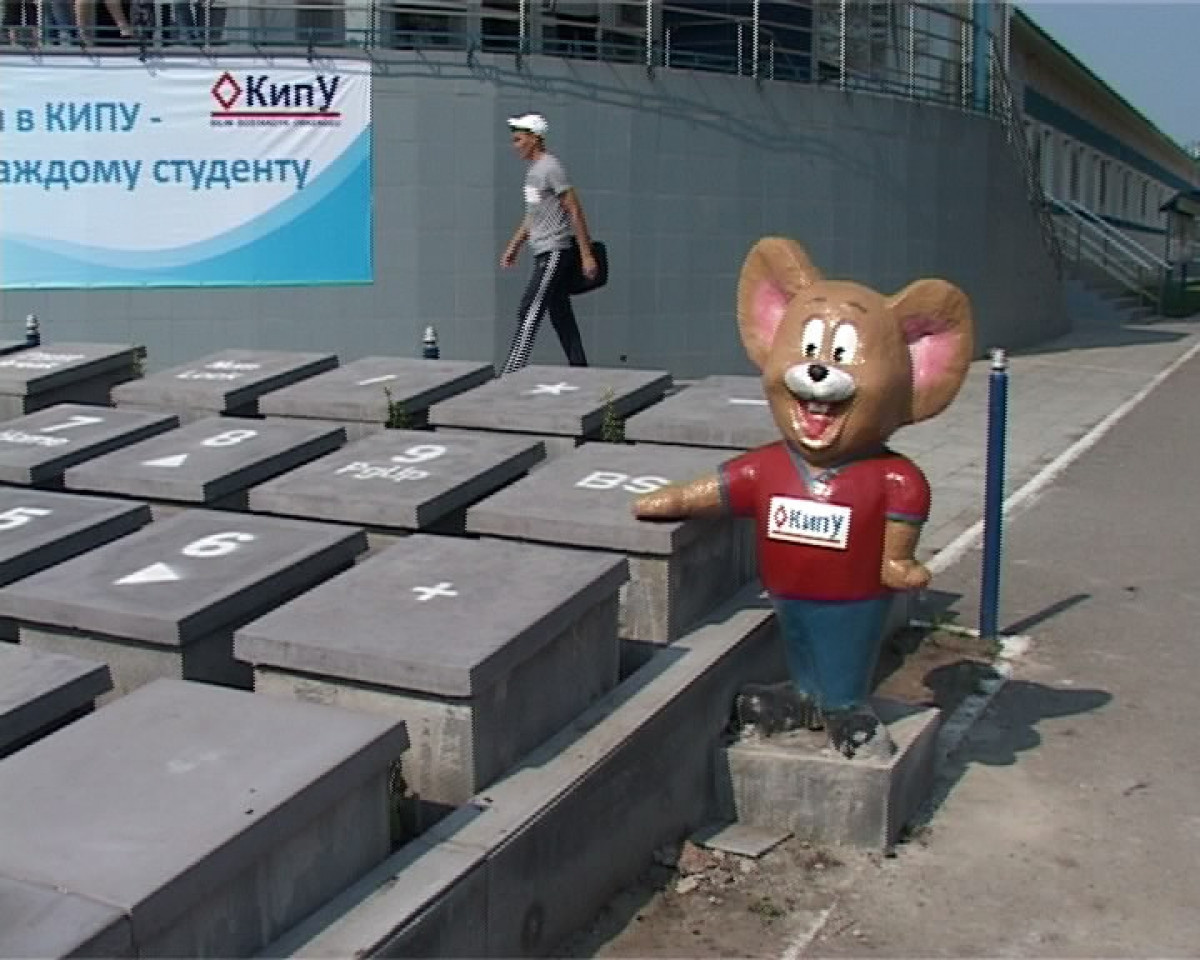 Monument to the keyboard

The giant concrete keyboard is exactly the same classic device, appeared in front of the one of the city’s universities in 2011 and has become a favorite place for photo shoots. The 20-meter monument was installed in the place of the lawn, where previously there was an illegal parking. Now the townspeople use the keyboard keys as benches. 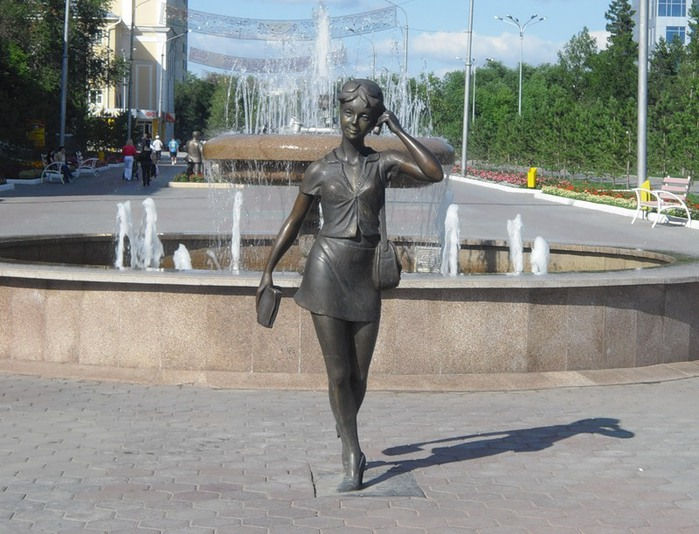 Another sculpture adorns in the avenue by fountain near the University of Kostanay, known as “Verunchik”. This is a life-sized bronze sculpture of a young girl talking on the phone. However, why was it called “Verunchik”, nobody knows. In the avenue, there are some interesting sculptures to: a metallurgist, a person who casts steel, a grain grower and a student with flowers. 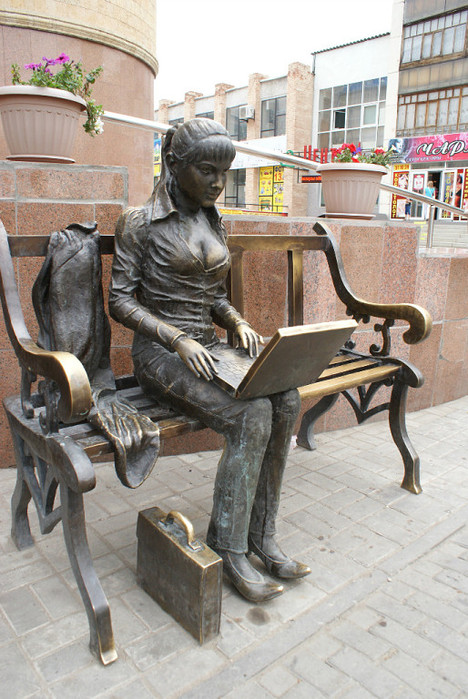 Girl with a laptop

In the continuation of monuments to people with gadgets. Not far from the Kazakh-French Center, the bronze sculpture of a girl with a laptop on her knees is located on the wrought-iron bench, nicknamed as a “blogger” by local people. Passers-by draw attention particularly on her immodest unbuttoned top button of the shirt, showing nakedly the third size of her bust. But residents of the city like everything, they willingly take photos on the bench next to her. 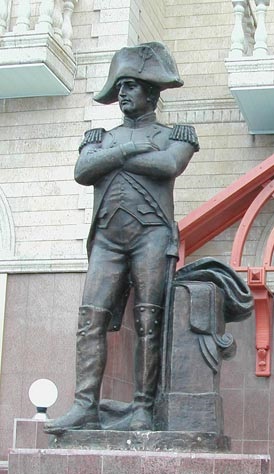 Joan of Arc and Napoleon

Here, near the Kazakh-French Center, important people in the history of France were established on pedestals - monuments to Maid of Orleans and Napoleon.

And that was done to make today’s young people know that France is not only Coco Chanel, Zinedine Zidane and Jean Reno! And besides, what else Kazakh city can boast of the sculpture to Bonaparte in the city center? 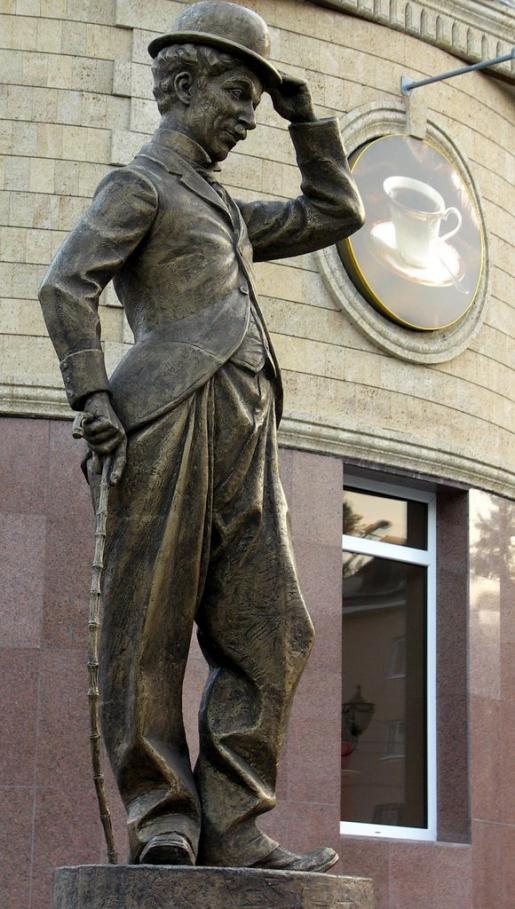 Moreover, in Gogol street, the bronze statue of Charlie Spencer Chaplin rises above passers-by in his usual cine way: with a cane and “pot” on the head. It was made by one of St. Petersburg sculptors. It turns out that in the world there are eleven known monuments to this great silent film comedian. In Kostanay this monument is the twelfth.