If you are going to this city, we are offering you 10 must-visit places in Kostanay.

Kostanay is rich in its nature as well as in architecture, monuments and burials. If you are going to this city, we are offering you 10 must-visit places in Kostanay.

1. Do you feel like seeing real wonderful nature? In this part of Kazakhstan there is an unusual beautiful national park. Although the Nauryzym national park was established in 1931, it started operating in 1966 again. It includes Tirsek, Sypsyn, Nauryzym forests and Zharkol, Aksuat, Sarymoiyn lakes. There are about seven hundreds types of plants like pines, birches, aspens, meadowsweets, blackthorns, up to forty types of mammals, about two hundred fifty types of birds and ten types of fish. You can meet mammals like roe deer, brown hares, badgers and foxes. The endangered species of birds like swans, bustards, hazels and falcons inhabit the Nauryzym national park. 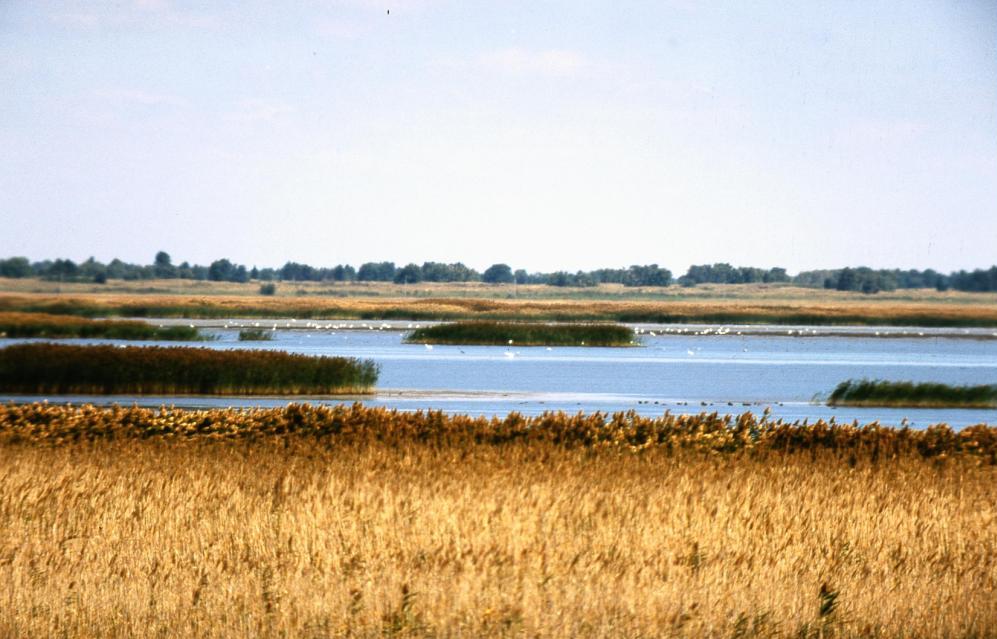 2. Ekidyn is an architectural monument has been preserved since VIII-IX centuries. This monument is located in the north of Ekidyn village, Amangeldi district, Kostanay region. There are two wooden posts. One of them was established in Ekidyn village, and another one was on the hill on the right bank of the river. The height of these two posts is different, the first post is 3,1 m and the second one is 3,7 m. The hole of the door is turned to east. The diameter of posts is about 5 m. The value of these posts was very important before Islam. Ekidyn is on the list of historical and architectural monuments with republican importance of Kazakhstan. 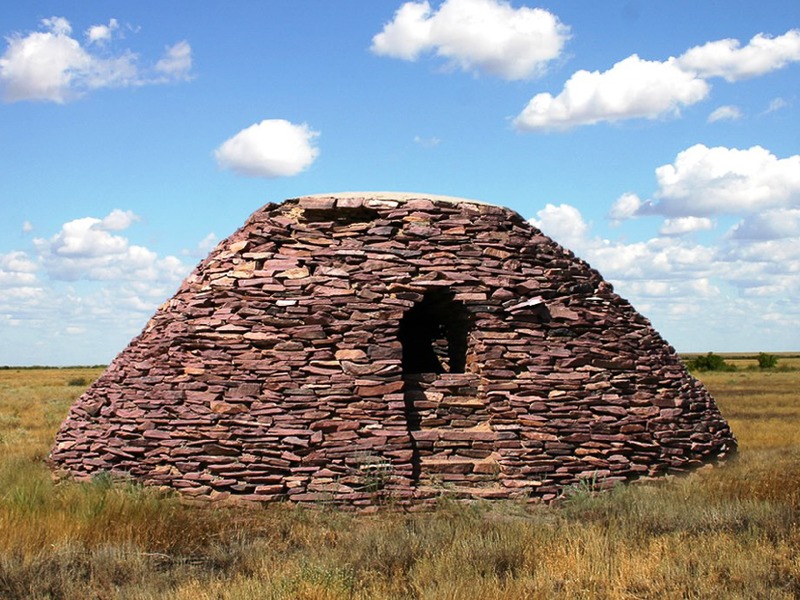 3. Former Akmeshit is currently called Maral Ishan mosque. Its history began in the XIX century. To be precise, it started operating in 1983. The area of the mosque is 844,3 square meters, the total area of the building is 821,4 square meters. The height is 4,510; it has one dome and one minaret; the height of the dome is approximately 18000, the height of the minaret is approximately 22000. It was built for one thousand people. Until the 30s of the last century it was the house of God, the club of workers of holy places, and then it was transformed into the house like cinema, philharmonic. Only when we got our independence, in this holy place kurban ait namaz was read and it became mosque again. In 2002 the mosque was given the name of a great scientist Maral ishan Kurmanuly.

4. In Kostanay there is the monument of “Steam train” which brought the first echelon to first people working on virgin lands in 1954. This monument reminds the time when people worked on virgin lands. On 28 February 1974 at 10:50 the first echelon of Ukraine komsomol and young people arrived at Kostanay station. This monument was installed as the eternal reminder of the saga of people working on virgin lands. The length of the steam train is 30 m. Brezhnev’s words are written there “Virgin lands campaign caused the development of industry, economy and science in Kazakhstan”. If you want to see the steam train, you need to go to the railway station of Kostanay. 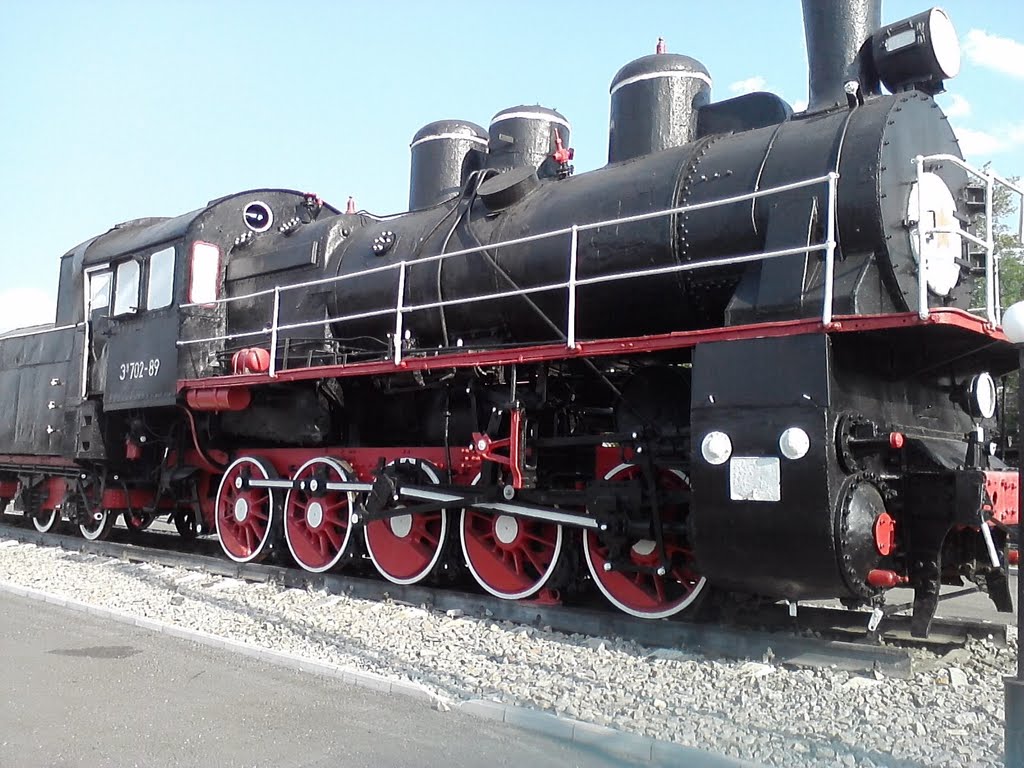 5. There is the Bestamak burial 8 m away from the south-west of Shieli village, Auliekol district. The Bestamak burial is the first and only burial in North Kazakhstan, which was shown from Eneolithic to Middle age in wide archeological circles.  The burial has been taken to do research on it since 1991, and about 170 burial holes and ritual buildings were found. The result of the research shows that the ancient inhabitants of Torgai area used the Bestamak burial for a long time from the Stone Age to Middle Age. 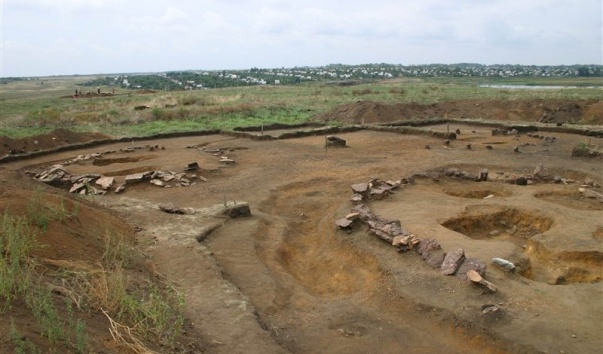 6. There is Annovka kent which has its own history in Sarykol district. The kent was given the name of the Great Imperator Anna Sheremeteva, because she loved the nature of this place. And Annovskiy church was built here. The construction lasted only several months. The minaret with dome and bell was built next to the church. It was painted with golden color. Its beauty was seen from afar. After a while, the church lost its status. However, this church is always ready to meet visitors like you. 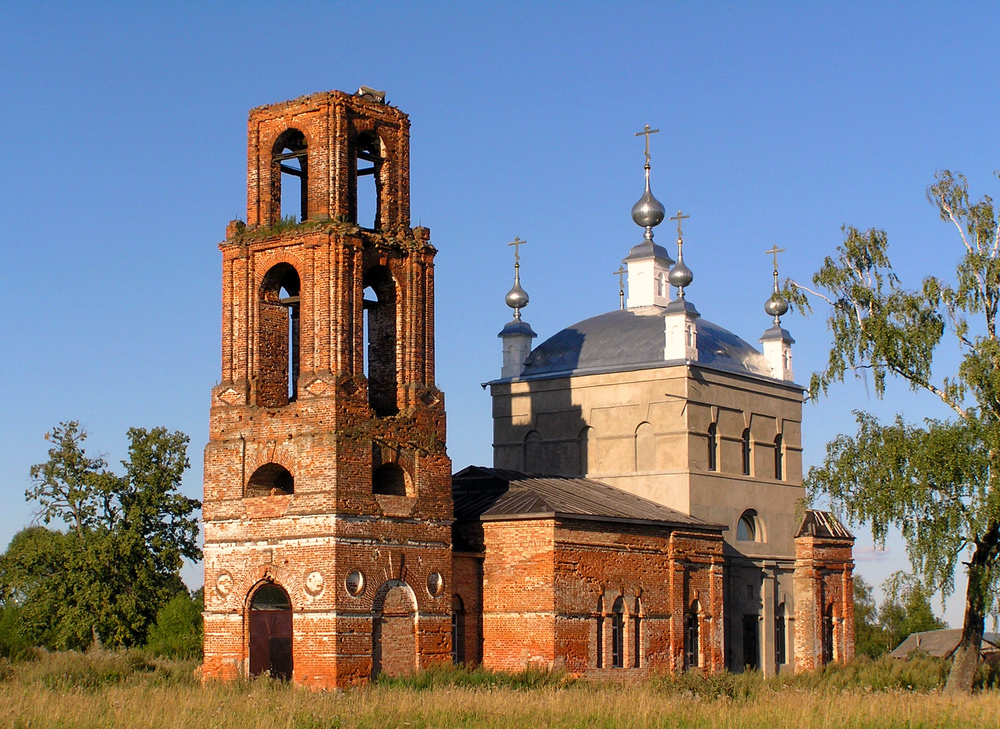 7. Are you looking for beautiful nature? There is a pine forest 45 m away from Kostanay in the Arakaragai forest area full of different berries, animals and plants. The sanatorium which provides treatment for many diseases is located in this pine forest. Especially, forest air and mineral water are used for diseases of respiratory organs, cardiovascular system and gastric diseases. This clay also has medical feature. And also many scientists are interested in the secret of the forest treating a lot of diseases. 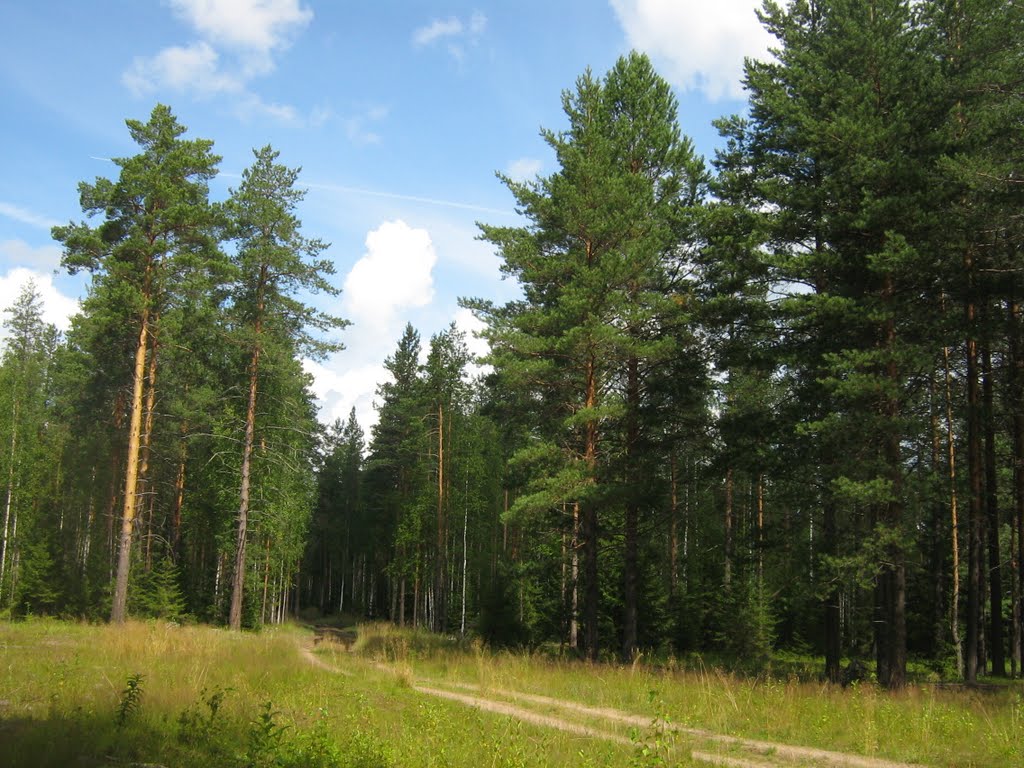 8. The Lisakovsk archeological complex has historical importance. If you are interested in history, do not forget to visit this place. This place is related to discovery of the secrets of tribes of Bronze Age called Andronov lived in the II millennium B.C. Things from burnt clay, jewelries form gold and bronze, instruments of labor and pieces of clothes showing Andronov Indo-iranian tribes’ lives, traditions and religion were found. These artifacts are in the History and Culture Museum of Lisakovsk Upper Tobyl. 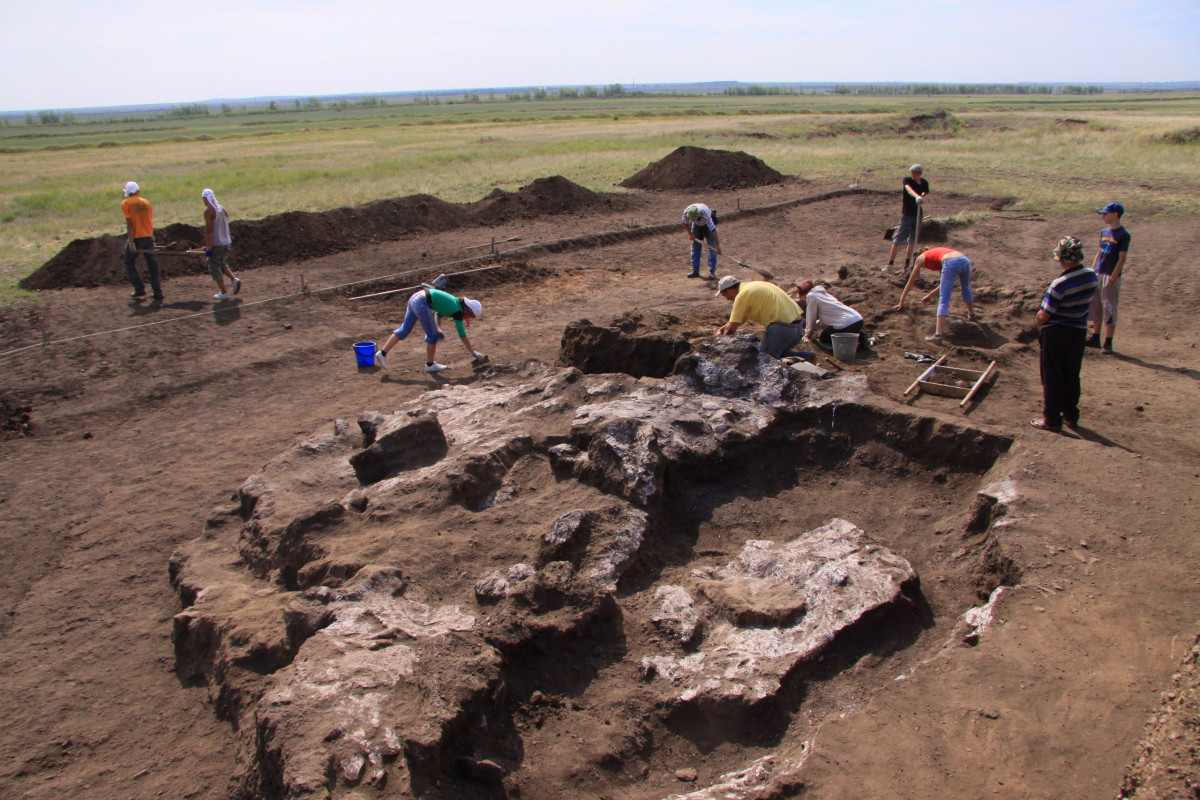 9. Kostanay region. In Arkalyk city in 1976 Ybyrai Altynsarin memorial-pedagogical museum was opened next to Arkalyk State Pedagogical Institute. It consists of two thousands exhibits and four rooms. Especially, Y. Altynsarin and his friends and pupils’ lives during educational work in Torgai in 1900-1950, from Altynsaryn teacher’s school to Arkalyk State Pedagogical Institute. You will definitely like Altynsaryn museum of Kazakh first teacher who did a lot of important works. 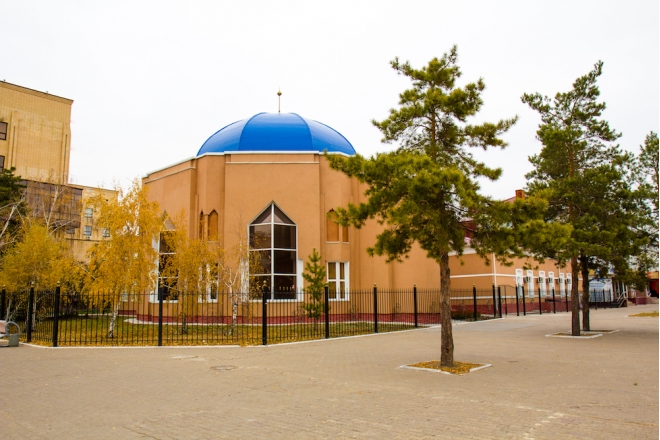 10. The monument for “Virgin lands” dedicated to the 30 anniversary of virgin lands was established in Komsomol square (Virgin lands square) on 13 October 1984. Main architects are M.B.Smirnov and A.P. Semenov. It attracts with its appearance. If you are in Kostanay, do not forget to take a photo of this monument.