Within the framework of his working trip to Almaty, Deputy Chairman of the Assembly of people of Kazakhstan - Head of the Secretariat of APK of Executive Office of the President of the Republic of Kazakhstan Zhanseit Tuimebayev visited Kelet plant for the production of general industrial and household equipment, where he held a working meeting with members of the Association of Entrepreneurs of APK. 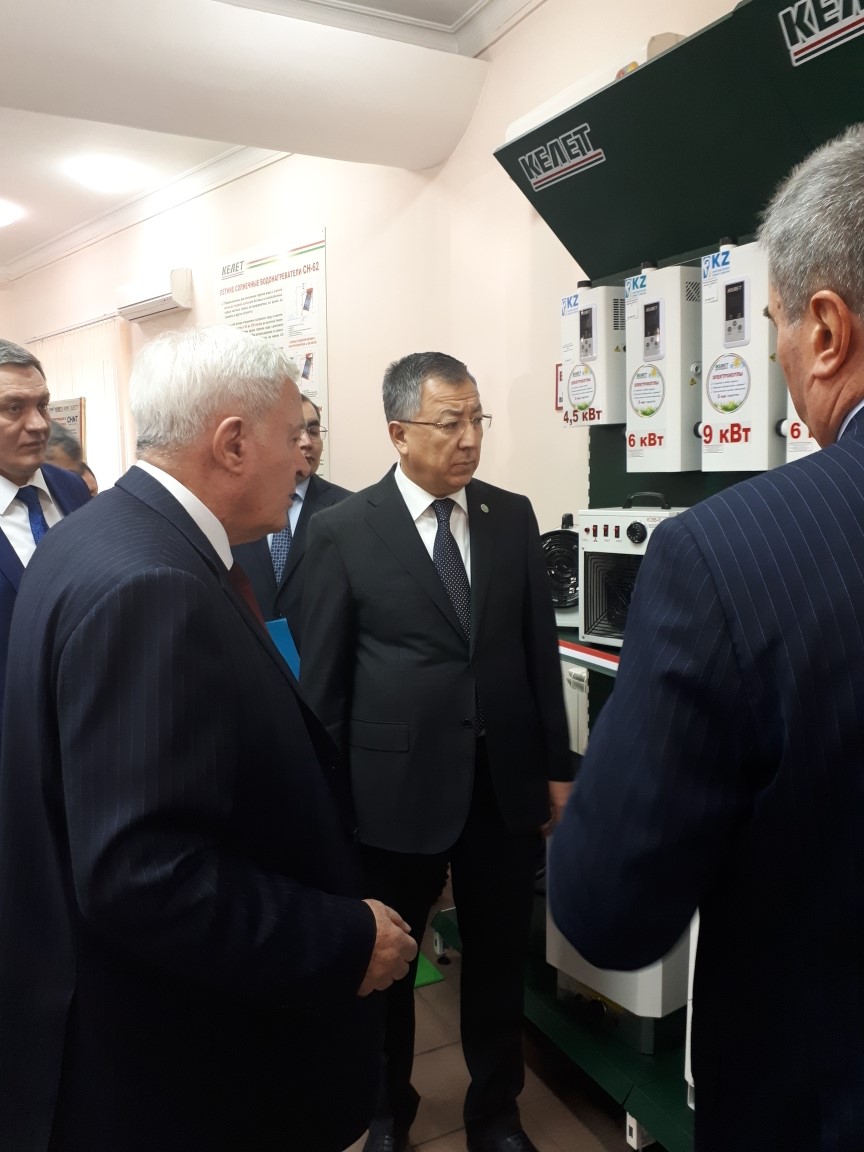 Zhanseit Tuimebayev got acquainted with the activities and products of the plant, the president of which is the chairman of "Hungarian Cultural Center of Almaty" NGO, a member of the Assembly of people of Kazakhstan Alexander Papp. He congratulated A. Papp on the 80th anniversary and thanked him for his contribution to strengthening public accord and national unity, development of charity. 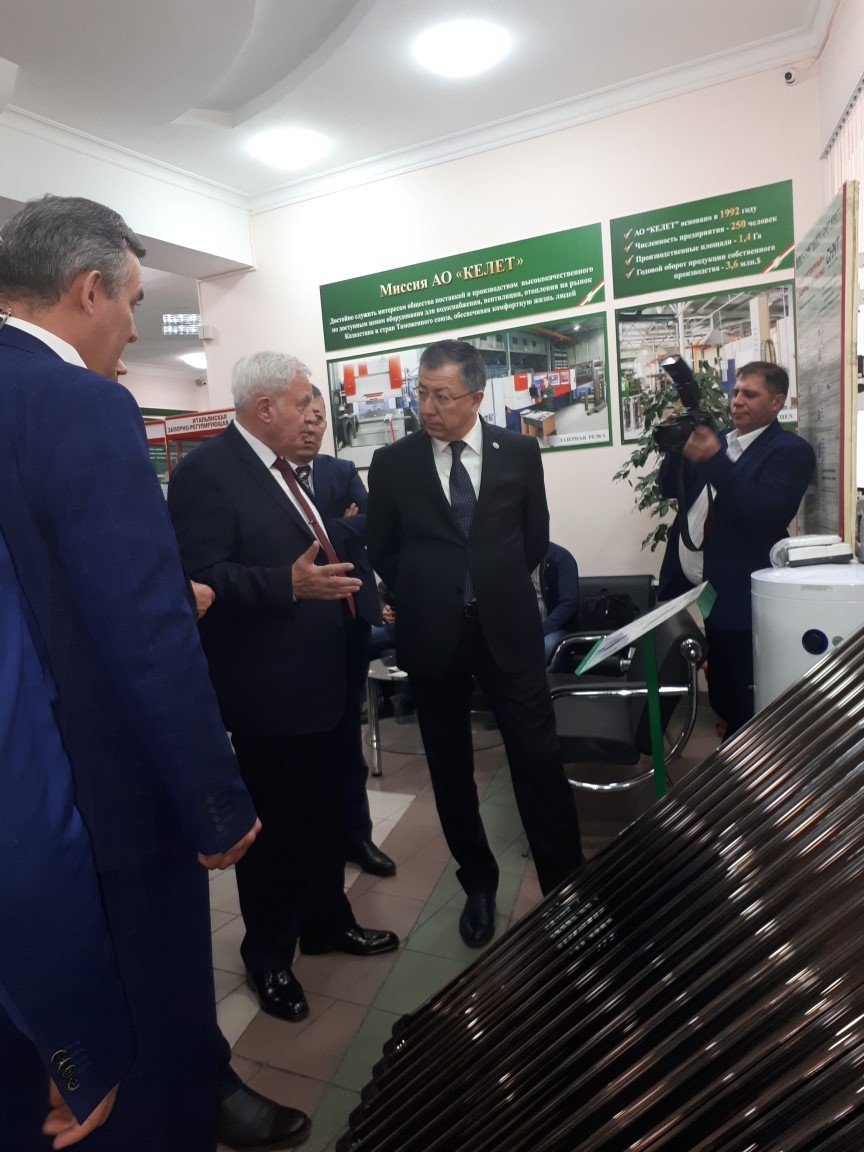 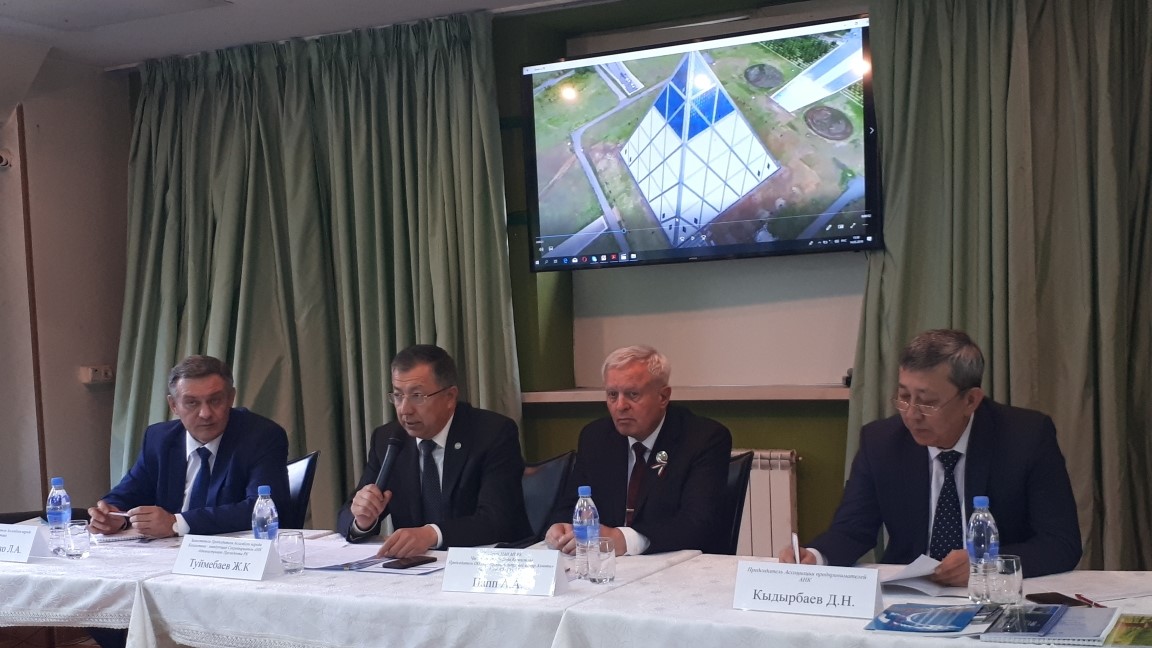 In his speech, Zh. Tuimebayev emphasized the need to consolidate the efforts of all members of the Association to address socially significant and economic issues of the country. He stressed that in the near future the activities of the Association should be aimed at the implementation of tasks on creation of new jobs, development of ideas of entrepreneurship, attraction of foreign investments, resource-saving and smart technologies from the countries of historical origin, support of youth startup projects, etc.

The project "Arnasai-Green Village of Kazakhstan" was presented by Deputy Director of the Coalition "Green Economy - GGlobal" Askhat Suleimenov. 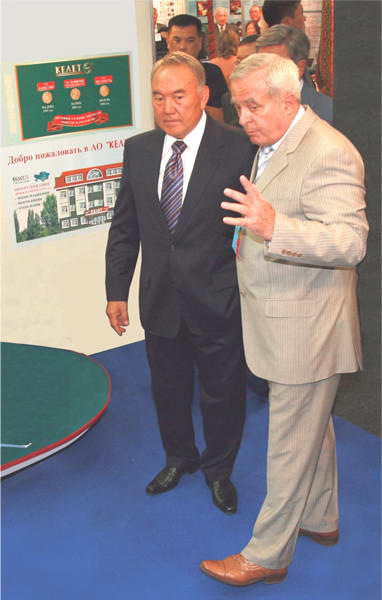 Reference: Kelet enterprise was founded in 1992 for production and trade activities in the domestic and foreign markets of Kazakhstan. Kelet JSC is a domestic commodity producer and the leader of Kazakhstani market of general industrial and household equipment. The company manufactures and supplies a wide range of pumps, fans, electric motors, compressors, heating and heating equipment, valves and many others from the best manufacturers in Russia, Italy, Poland, Germany, Hungary, CIS countries and China. 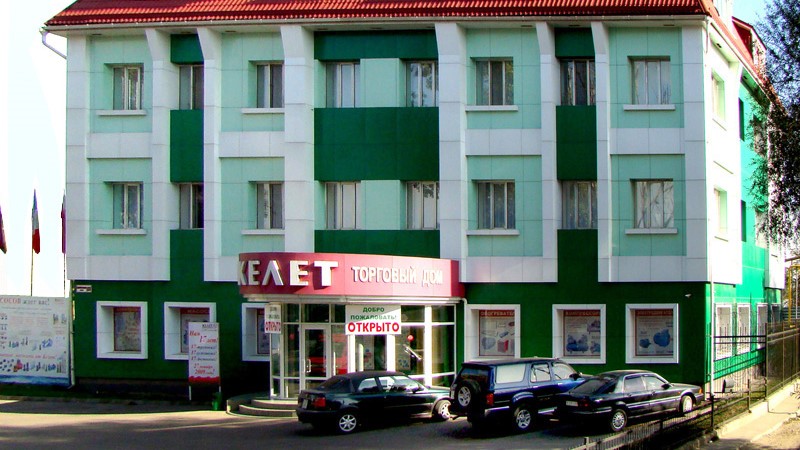 The company has established a structure with the services of engineering preparation of production, procurement and developed commercial services from 6 sales departments, including sales departments in Astana and Karaganda. The company has 14 dealers in all regions, 88 stores and 145 assembly organizations cooperating with Kelet JSC. The consumers of Kelet JSC products are more than 15 thousand enterprises of all branches of economy located in different regions of Kazakhstan, Russia and other CIS countries.

The purpose of the work is to create conditions for increasing social and economic well-being of citizens through inclusion in the programs of industrial and innovative development, attracting new technologies and ideas, as well as improving financial literacy of the population.