A round table "Meeting of mountains and steppes" was held in the House of Friendship of the city of Nur-Sultan, dedicated to the classics of world literature, the outstanding writer of our time Chingiz Aitmatov. 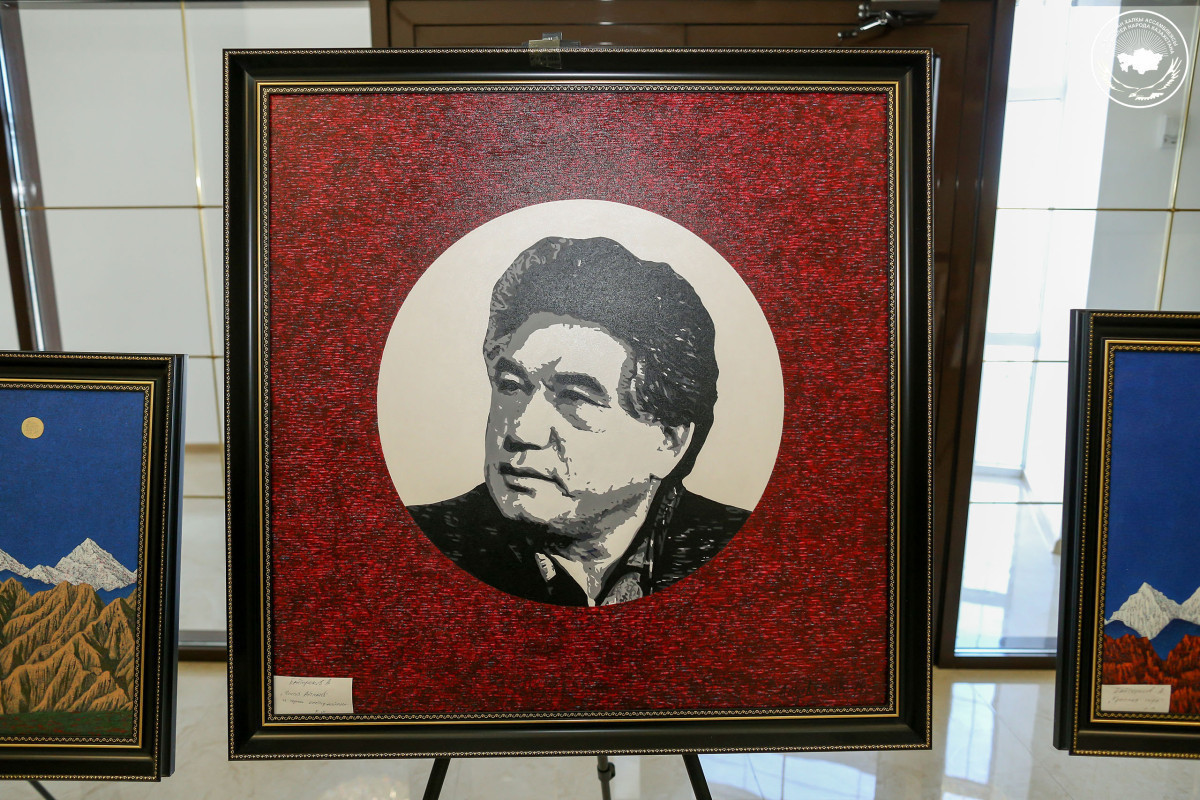 The event, organized by the capital's assembly of the people of Kazakhstan together with the ethnocultural association "Kyrgyzstan - Astana", was attended by the Deputy Chairman - Head of APK’s Secretariat of Executive Office of the President  of the Republic of Kazakhstan Zhanseit Tuimebayev, writer, public figure of the Kyrgyz Republic, sister of the famous writer Rosetta Aitmatova, as well as public figures, members of the Assembly, writers, scientists, representatives of embassies, ethno-cultural associations and youth wings. 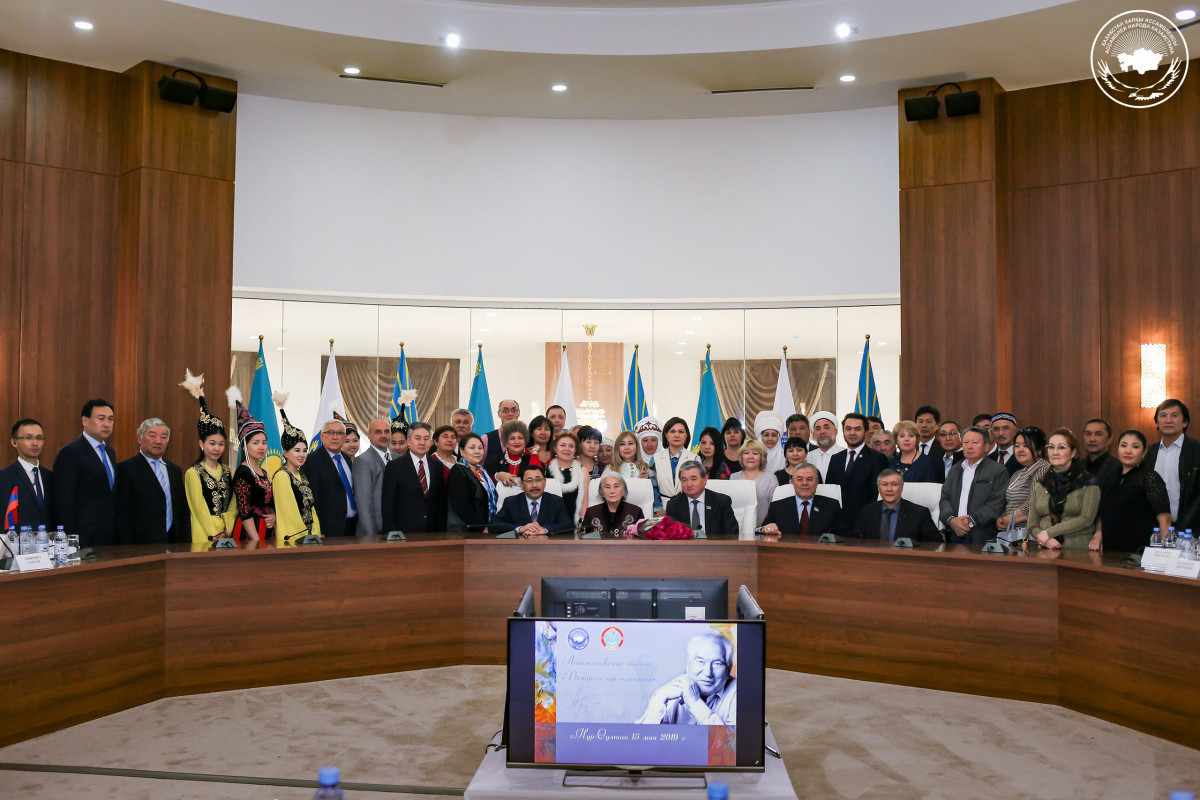 During the round table Deputy Head of APK Zhanseit Tuimebayev noted that the People's Writer of Kazakhstan Chingiz Aitmatov is equally respected by Kazakhs and Kyrgyz. 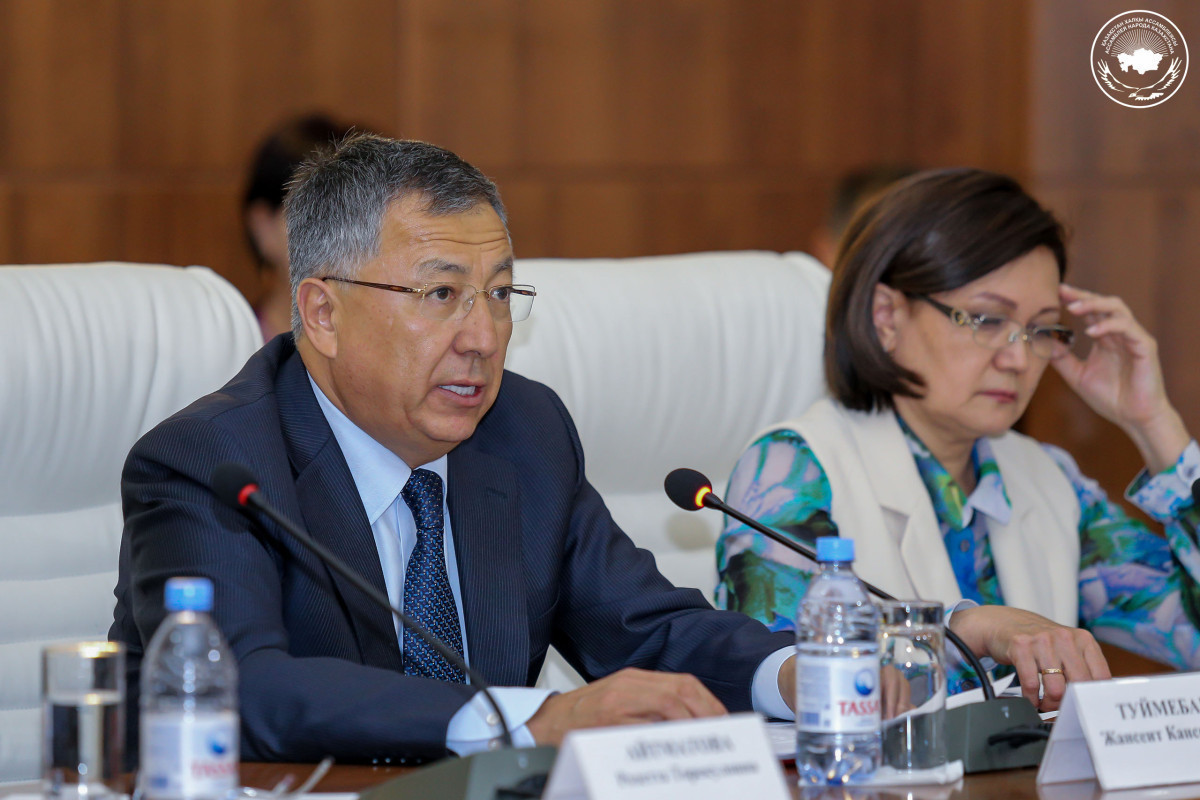 Head of Secretariat also said that the writer began his career in Zhambyl Region after graduating from the Kyrgyz Agricultural Institute.

"These relations later enriched the literary luggage of the writer with artistic images, and the creative way and searches were closely intertwined with the Kazakh people. Such works as "Zhamila", "Qosh bol, Gulsary", "Aq keme", "Gasyrdan da uzaq kun", "Zhanpida" are associated with the image of Kazakh people, with their nature," Zhanseit Tuimebayev emphasized. Becoming a legend "Aitmatov of mankind" throughout his life honored as a mentor of Kazakh writer Mukhtar Auezov, he was close friends with his contemporaries Kaltay Mukhamedzhanov, Mukhtar Shakhanov, Olzhas Suleimenov, Zeynolla Kabdolov, Sherkhan Murtaza.

Aitmatov's high estimation by the Kazakh people was the awarding him the honorary title "People's writer of Kazakhstan".

It is worth noting that one of the streets in the capital is named after Chingiz Aitmatov. 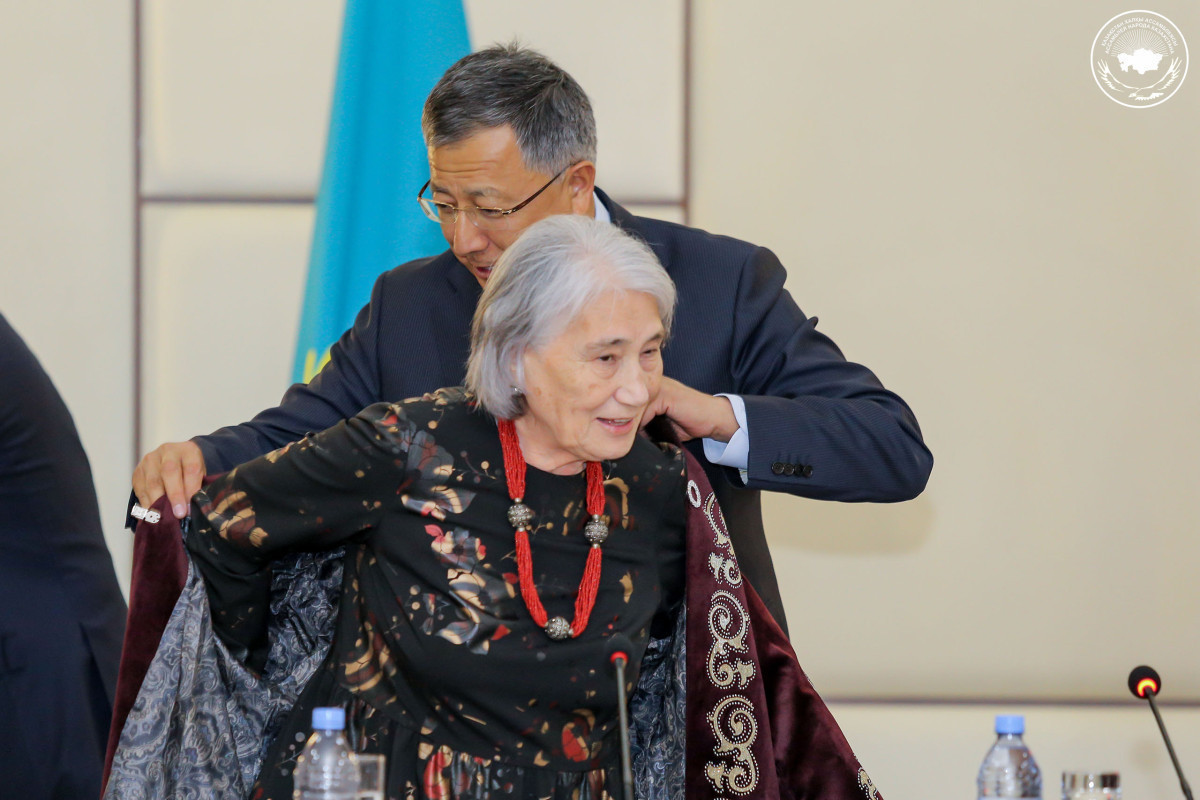 Holding a creative evening, as noted by the head of the Secretariat of APK, demonstrates high respect for the people's writer. 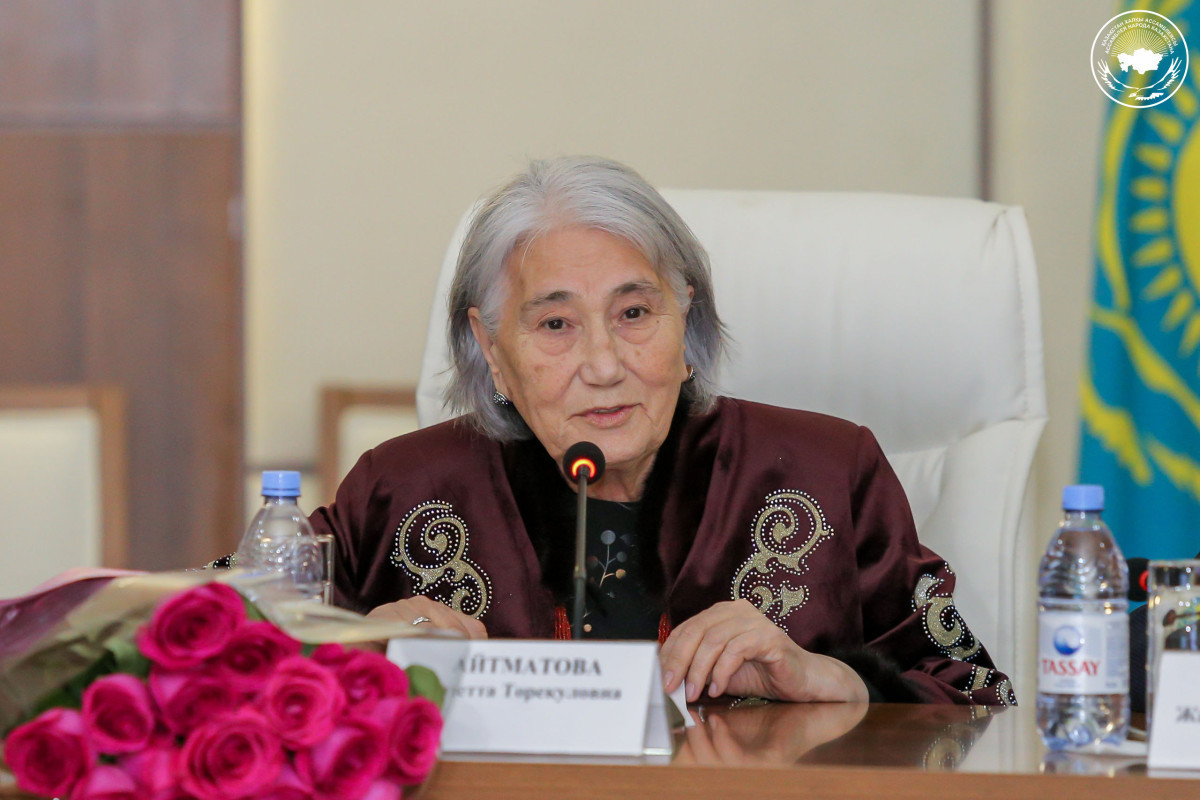 As part of the events dedicated to the work of the classic of world literature, House of Friendship hosted the opening of the artists' exhibition of the same name. Also in the program of events the writers met with young people. 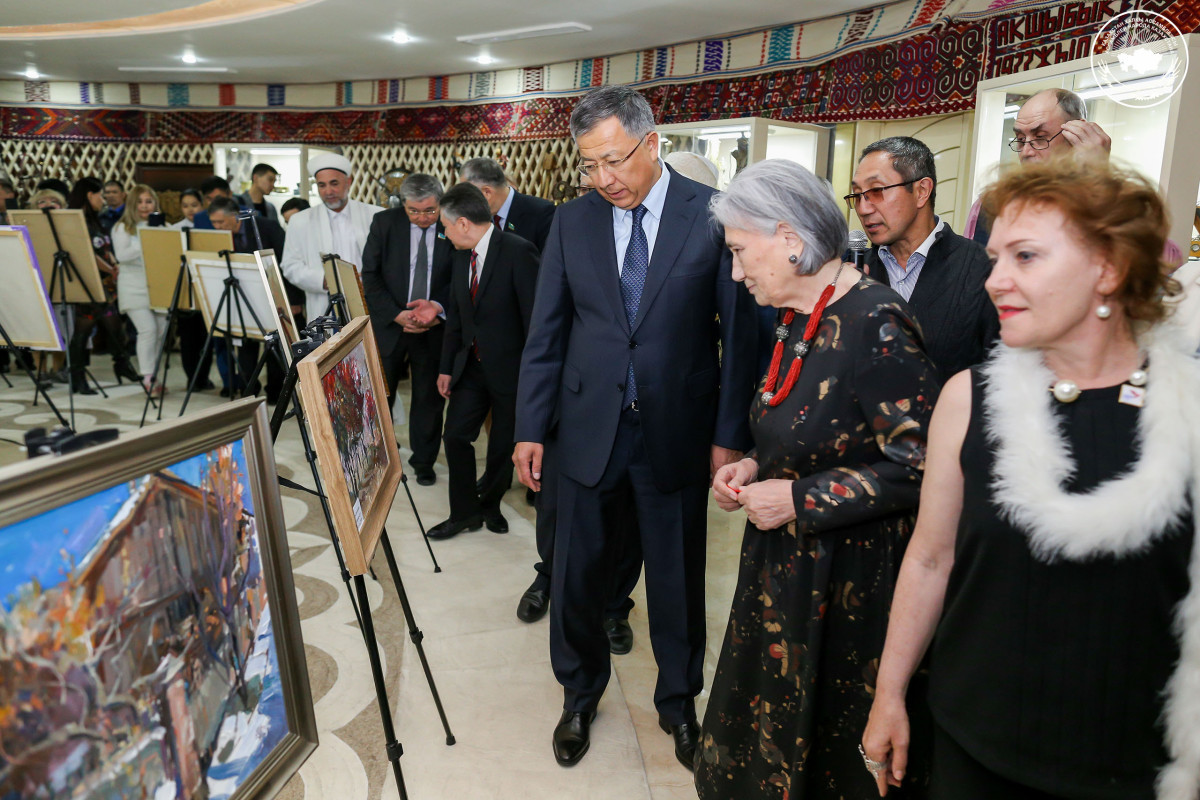 Aitmatov's museum was opened in school-lyceum No.79, and in K. Kuanyshbaev State Academic Kazakh Music and Drama Theatre, a performance based on the novel "Girl in a Red Scarf" by Ch. Aitmatov was staged.