ZH. TUIMEBAYEV TOOK PART IN THE EVENTS DEDICATED TO THE 25TH ANNIVERSARY OF THE ASSEMBLY OF PEOPLE OF KYRGYZSTAN

On May 2-3, the Deputy Chairman of the Assembly of People of Kazakhstan, Head of the Secretariat of APK of the Executive Office of the President of the Republic of Kazakhstan Zhanseit Tuimebayev visited the Kyrgyz Republic. He was invited to participate in the solemn meeting dedicated to the 25th anniversary of the Assembly of People of Kyrgyzstan as an honorary guest.

The jubilee session of the Assembly of People of Kyrgyzstan with the participation of the President of the Republic of Kyrgyzstan S. Zheyenbekov is held in Bishkek in the state residence "Ene-Sai". Other state officials, heads of state bodies, delegates from all corners of the country also take part.

The solemn meeting was opened by the President of Kyrgyzstan. After that, representatives of neighboring states, invited as honorary guests, made speeches.

In his speech, Deputy Chairman of the Assembly of People of Kazakhstan Zh. Tuimebayev noted that multinational Kyrgyzstan successfully builds an independent state, conducts a balanced domestic and foreign policy aimed at improving the welfare of citizens. The speaker also emphasized that the Assembly of People of Kyrgyzstan had played a significant role in this, becoming an effective institution of inter-ethnic interaction, a true guardian of unity.

Zh. Tuimebayev gave examples from the history, literature of the two nations, embodying the closeness of people and summarized that such common, deep literary and cultural ties bring closer the bonds of friendship between the two brotherly people.

In conclusion, Zhanseit Tuimebayev noted that good partnership relations have been established between the assemblies of the two countries. There are 9 Kyrgyz ethno-cultural associations in Kazakhstan, two Kyrgyz Sunday ethno-linguistic schools, for which textbooks published at the expense of the budget have been developed. He also spoke about successful people representing the Kyrgyz ethnic group. The forum delegates were encouraged by these examples. 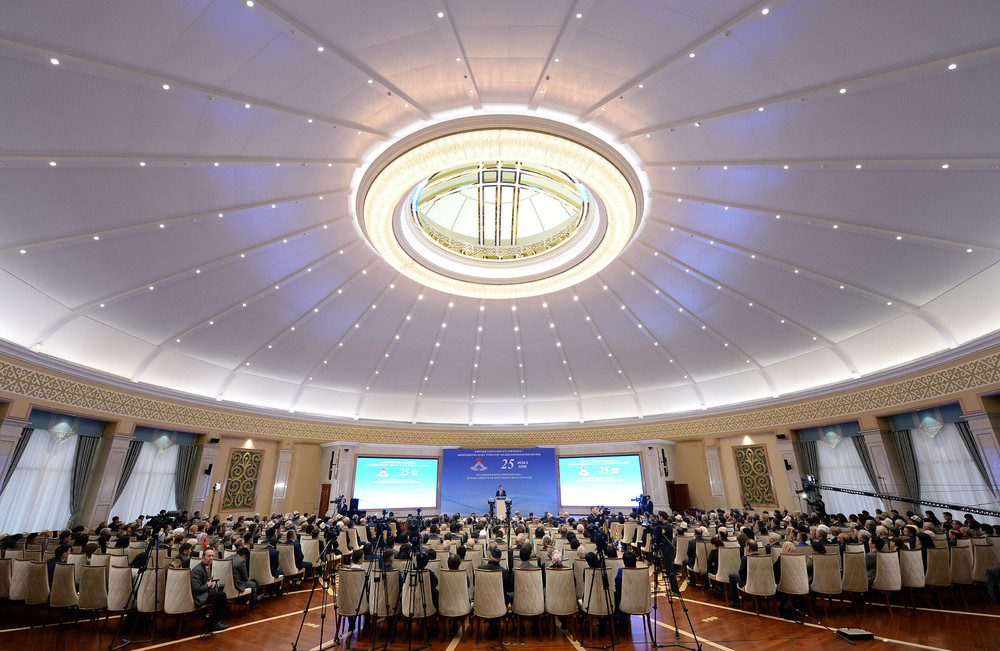