YOUTH FORUMS WERE HELD IN KOSTANAY AND KARAGANDA

Kostanay House of Friendship opened the Year of Youth with a festive concert and presented the calendar for 2019.

Kostanay Regional House of Friendship in honor of the official start of the Year of Youth organized a concert of youth wings "Birlik Kanattary" and held a presentation of the calendar for 2019, created with the participation of youth wings of ethno-cultural associations.

The photographic project and calendar are based on the traditions of the Kazakh people, which are closely intertwined with the traditions of other ethnic groups living in Kazakhstan. The House of Friendship together with young activists found these points of contact, and at the presentation of the calendar tried to recreate them on stage.

For example, the Kazakh tradition "Shashu" was reflected in the German ethnos. Only in Germany it is customary to sprinkle rice instead of candy on newlyweds. Evgeny Sotnikov and his spouse Anastasia acted in a role of German pair on a calendar. 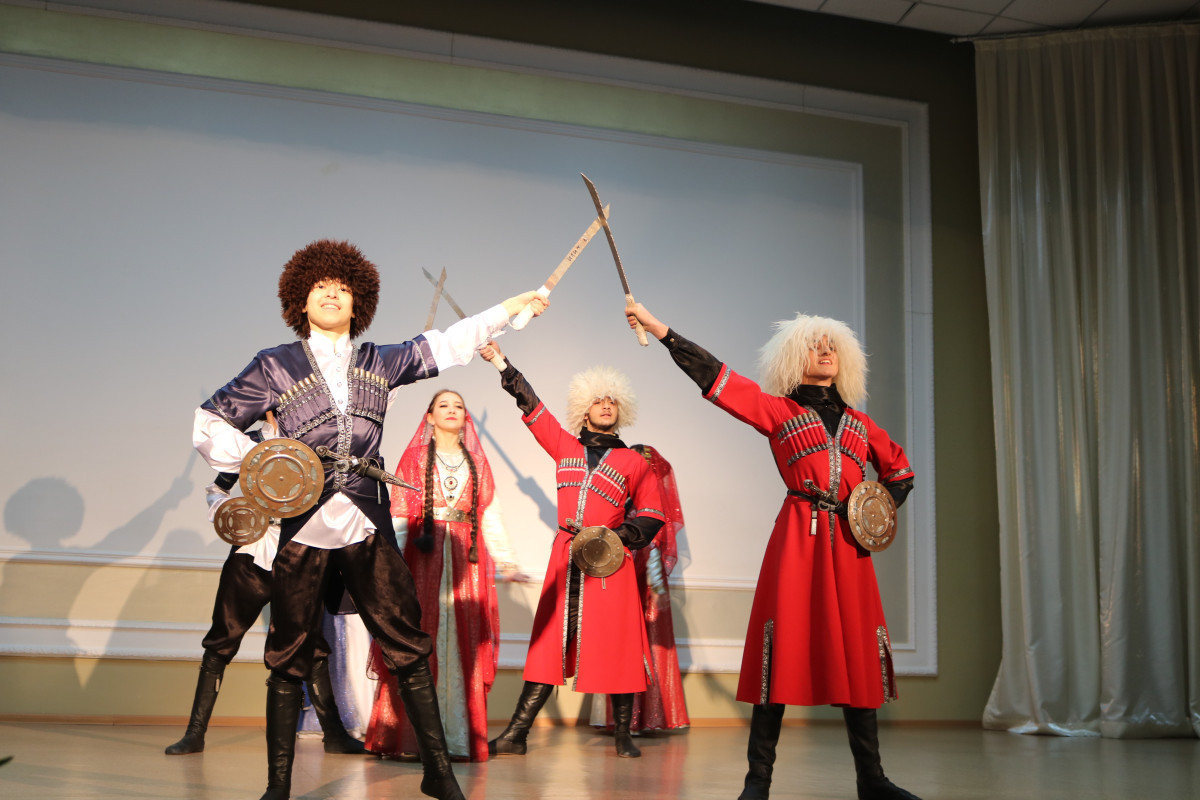 The musical unity of Kazakh and Russian people is represented in the calendar by famous instruments – Kazakh dombra and Russian one. Zalina Tsechoyeva, an activist of the Chechen-Ingush ethno-cultural association and the head of the German instrumental ensemble Nauryzbai Amirkhamzin demonstrated a wonderful play on these instruments in the duet.

The Kazakh rite "Tusau kesu" is very similar to the rite of Korean culture – Asiandi. These traditions are presented in the calendar as well. 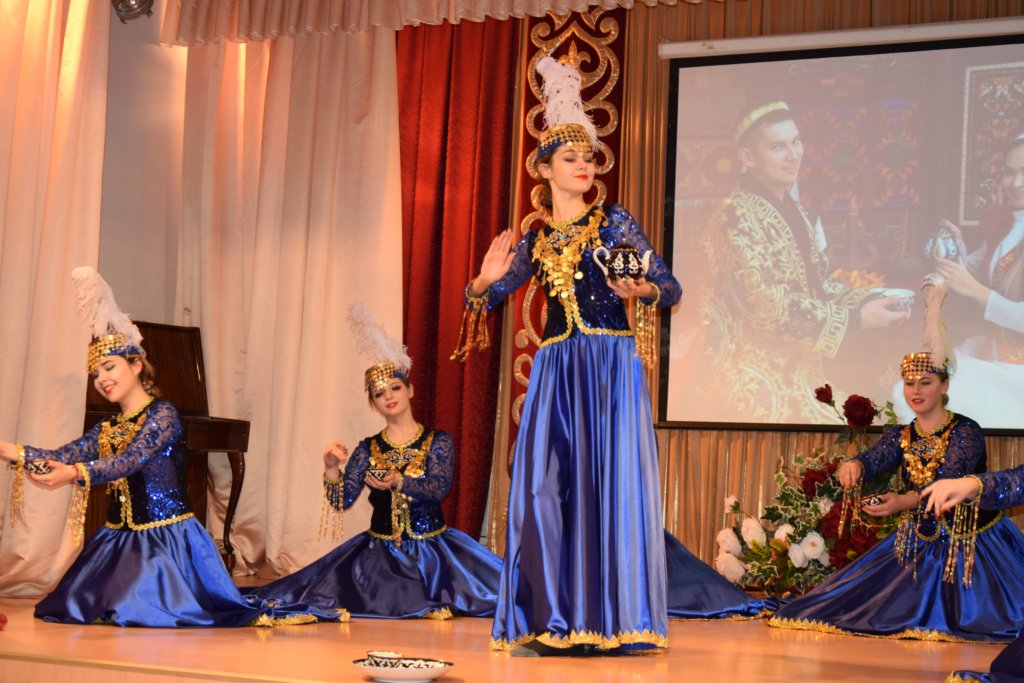 Kazakh girls have always been famous for their beautiful long braids. This also distinguishes the Ukrainian beauties. All the colour of beautiful braids in the dance "Vasilina" was showed by choreographic group "Flash" from the village Bannovka, Fedorovsky district.

Kazakhstan is considered to be the homeland of tulips, but this flower is of great importance for Turkey as well. The beauty of the tulip in its Caucasian dance was revealed by the ensemble "Gortsy Akhyska".

Audience, basically young people, students, liked performances and those connecting threads between ethnoses which have shown organizers very much.

Meanwhile, the regional forum of student youth "Saryarka Zhastary" dedicated to the beginning of the Year of Youth was held in Karaganda. 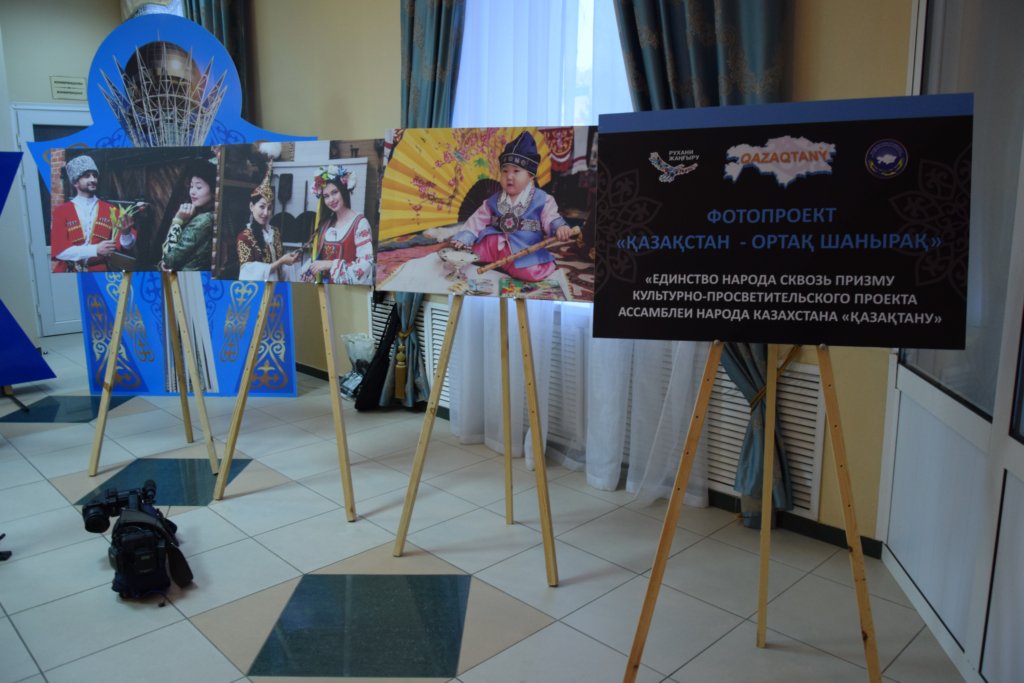 The forum, which was organized by the Coordinating Council of Youth of the Assembly of people of Kazakhstan of Karaganda region and universities of the region, was held within the framework of the program "Rukhani zhangyru" and included a presentation of startups, as well as an exhibition of innovative projects with the involvement of the regional branch of "Damu" Fund.

Today, the region's universities, together with the regional assembly of people of Kazakhstan, are working hard to introduce the young generation of Karaganda citizens to the traditional values of multi-ethnic Kazakhstan, making a great contribution to the construction of a new Kazakhstani society based on the principles of citizenship and tolerance. 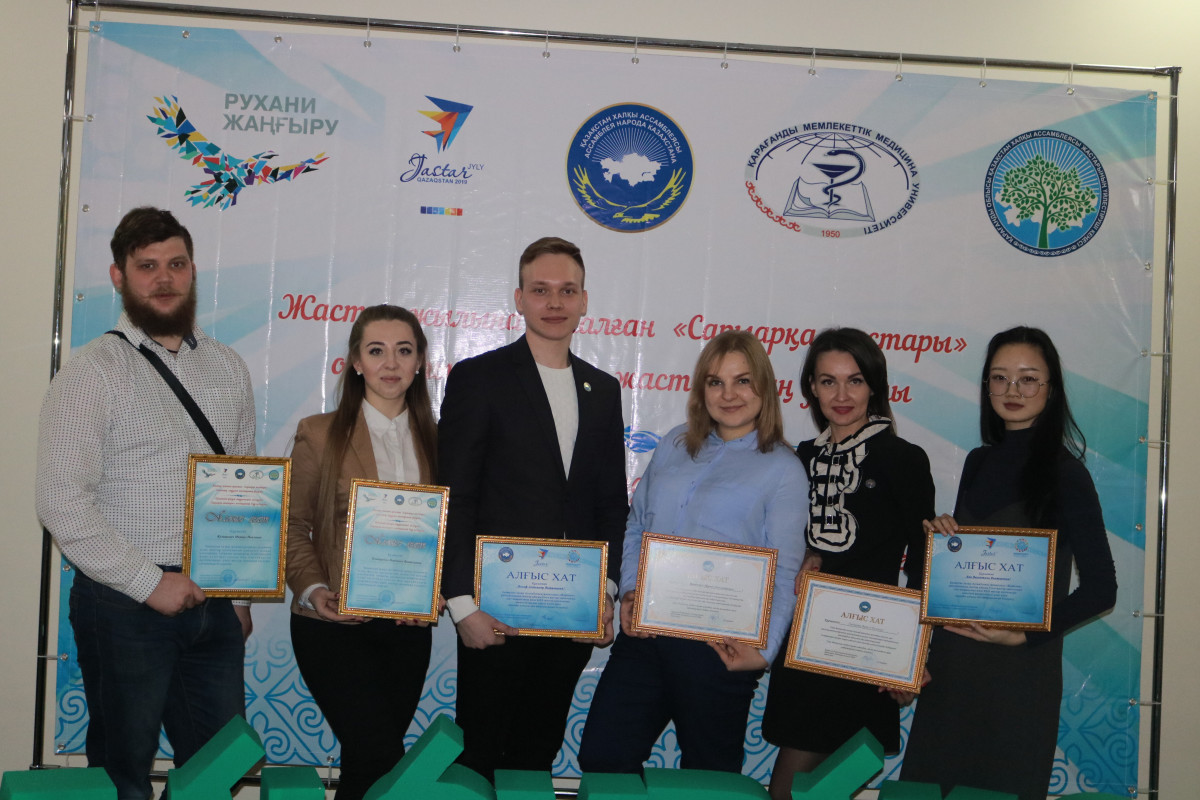 The forum also included the grand opening of the first student club "Zharasym" in the region at Karaganda State Medical University. There are similar clubs only in Almaty and Pavlodar. Chairman of the republican youth organization "Zharasym" Timur Jumurbayev congratulated Karaganda citizens and students, wished them joint new projects and success. The event ended with the presenting gratitude letters  from the Assembly of Karaganda region and a festive concert program.