Aktobe entrepreneurs contribute to the development of the large-scale project "Auyl – El Besigi", initiated by the President in 2018 as part of the modernization of the social environment in rural areas. The initiative of the Head of State found wide support in the region and launched "Auyl kamkorshysy" campaign.

Issues of effective implementation of the project were discussed by representatives of the business community of the region and government agencies in the mayor’s office of the region. 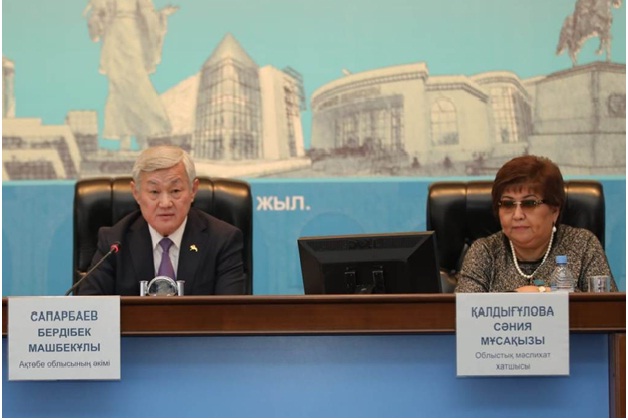 It should be noted that in 2018, 344 projects worth 2 billion tenge were implemented in rural areas of Aktobe region: new social facilities were built, roads and bridges were repaired, the material and technical base of educational and healthcare institutions was strengthened, and assistance was provided to low-income and large families.

"No entrepreneur should remain aloof from the good cause. Everyone should make a contribution to the development of his native land, which brought him up, and contribute to the implementation of all social initiatives of the Head of State," said mayor of Aktobe region Berdybek Saparbayev.

This year entrepreneurs continue to patronize their native villages and plan to provide assistance in the amount of 2.6 billion tenge. Thus, 289 philanthropists promise to implement 314 projects in 199 settlements. Among them there are 4 projects in the sphere of health care, 16 – education, 69 – housing and communal services, 95 – culture and sports, etc. In general, activities will be carried out to improve parks, install sports and playgrounds, road works, repair rural clubs and cultural centres.

Cultural figure of the Republic of Kazakhstan, chairman of the Council of Aksakals "Birlik" Assembly of people of Kazakhstan Erkin Kurmanbekov believes that the modernization of villages is not only the opening of new facilities. In his opinion, it is important to focus attention on the ideological component: it is necessary to revive the Institute of Aksakals, which will bring up the younger generation in the spirit of patriotism, love for the homeland, as well as to hold a competition "Еn uzdik auyl", which will bring the villagers even more united.

Participants of the project "Auyl kamkorshysy" shared their plans for the coming year. In particular, the head of "Рeimkul" farm Samat Kaldygulov, who built the House of Culture in the village of Amangeldy, Alginsky district, plans to improve the park, build a public bath for villagers, restore and build 10 houses. 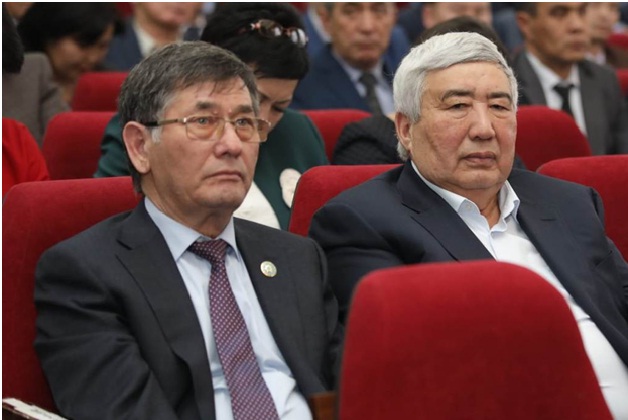 Vladimir Proskurin, head of "Agrofirma Kokwest" LLP from Khazretovka village, Martuk district restored the central water supply and provided all pensioners with drinking water free of charge in 2018, in 2019 he plans to repair the bridge and solve the current problems of his fellow countrymen.

Ibragim Sarsenbayev, a well-known philanthropist and director of “Nauryz SIM” LLP, will build a 20 million tenge worth sports complex in Irgizsky district this year. Head of “Altyn Dala” Sandybay Aliturliev will start construction of a 50-bed kindergarten in Karakemir village of Khobda district and will present a gym to residents of Zharsay village.

"It is gratifying that entrepreneurs of the region are ready to make every effort and support the initiatives of the Head of State. We have to fulfill the President's instructions qualitatively and on time," the regional mayor concluded.

Elmira Zhangaziyeva: "Abay's words must be heard by today's youth"

Zhanseit Tuimebayev: Ties between Our Countries and People Will Enrich Our Nation-Building Experience

Zhaslan Khamitov: ‘Being the Part of ITEC Programme is Exciting Experience’

Kazakhstan and Uzbekistan: Strengthening Сooperation Through the Common Past