Participants of the session noted the special place of the Assembly of people of Kazakhstan in the implementation of the tasks and goals set by the Head of state in the program article "Seven facets of the Great steppe", the official website of the mayor's office of the capital informs. 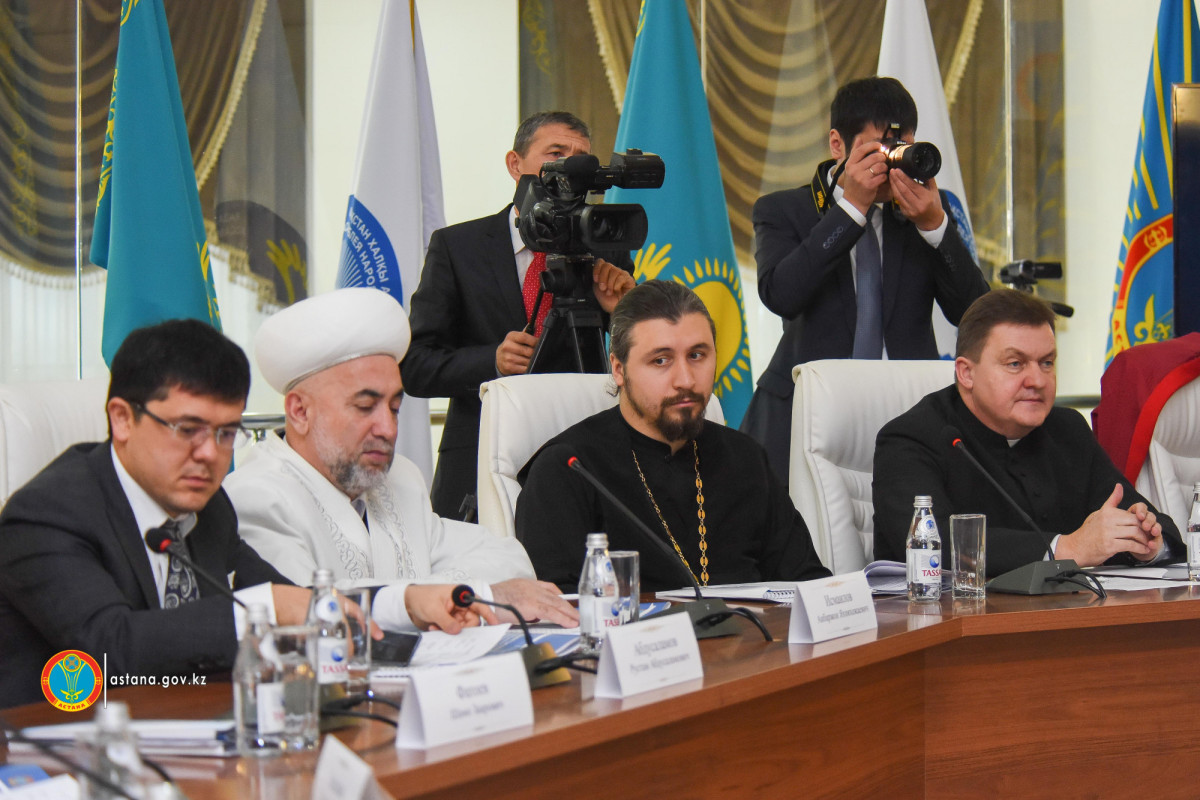 XVII session of the APK "Unity and stability – the basis of spiritual modernization" was held in the House of friendship.

The session was opened by Deputy akim of Astana Yermek Amanshayev. The session was attended by deputies of the Mazhilis, representatives of the Assembly of people of Kazakhstan, deputies of Astana maslikhat, heads of state bodies, members of the Council of public consent, Mothers’ Council, scientific and expert group of the capital Assembly, ethno-cultural associations, activists of youth wings and public figures.

"The experience of our state is in demand at the global level and serves as an example of a model of peaceful coexistence of representatives of more than 100 ethnicities and 18 religions. Astana, in turn, is not just a symbol of an independent state, but also the basis of the fundamental ideas of the Head of state to create conditions for Kazakhstan to become one of the most developed countries in the world. The outgoing year was marked by the 20th anniversary of our capital. This holiday has become a truly national one for all Kazakhstan citizens. It became especially significant for the capital's Assembly, we received this house of friendship as a gift from Mangystau region, symbolizing the triumph of the ideas of peace and consent of our President," Yermek Amanshayev said. 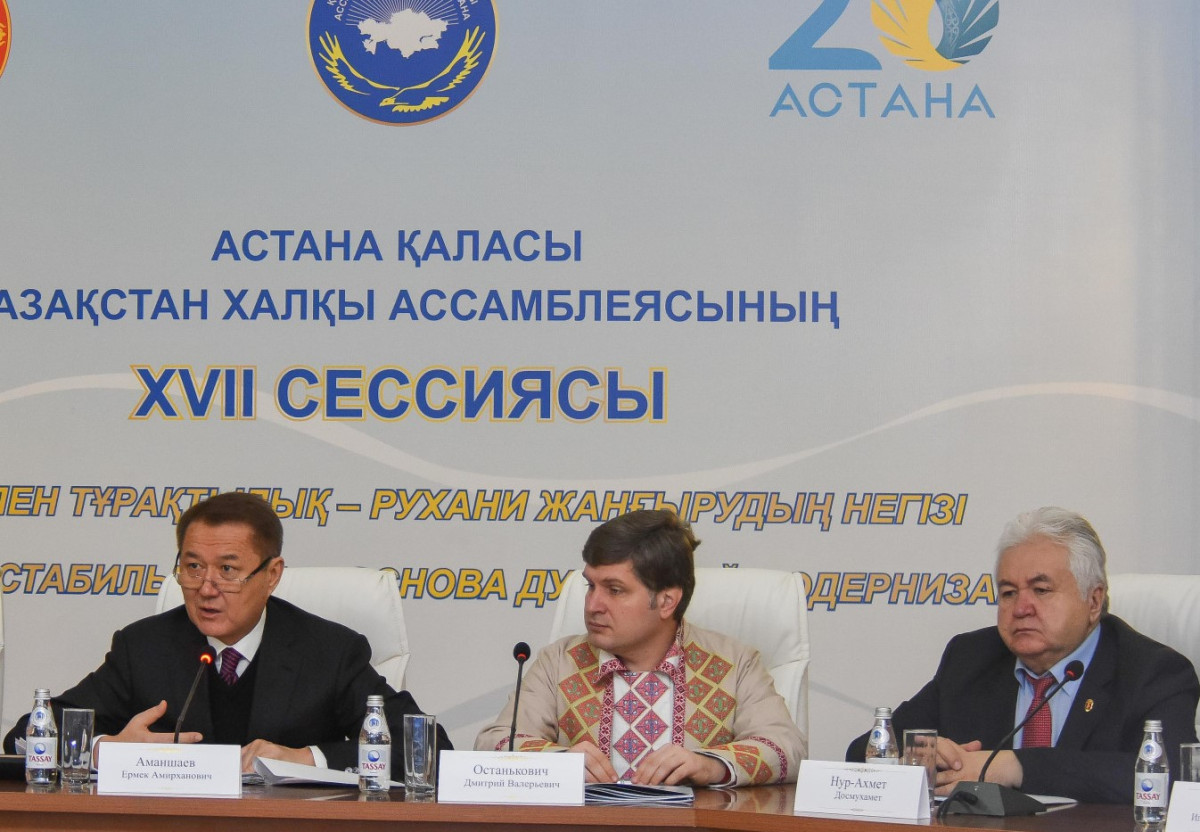 The participants of the session noted that for 27 years of independence of the Republic of Kazakhstan the key tasks have been implemented.

"Today, the Assembly of people of Kazakhstan of the capital unites 22 ethno-cultural associations. Thanks to their activities, we have the opportunity to become more familiar with the original culture of ethnicities living in our city. There are 12 ethno-linguistic centers in Astana, where the younger generation has the opportunity to learn the language and culture of people. The creation of the municipal headquarters of the Republican youth movement "Zhangyru zholy" is one more step towards realization of the Program of development of the capital Assembly," Y. Amanshayev added.

He also noted the charity work of the APK and the need to create on the basis of the House of friendship charity centers "Parasat" and study of the state language.

The participants of the session expressed their commitment to the idea of unity, tolerance, consent and prosperity of the country. They noted that there is a lot of work to achieve new goals and priorities set by the Head of state in the program article "Seven facets of the Great steppe". 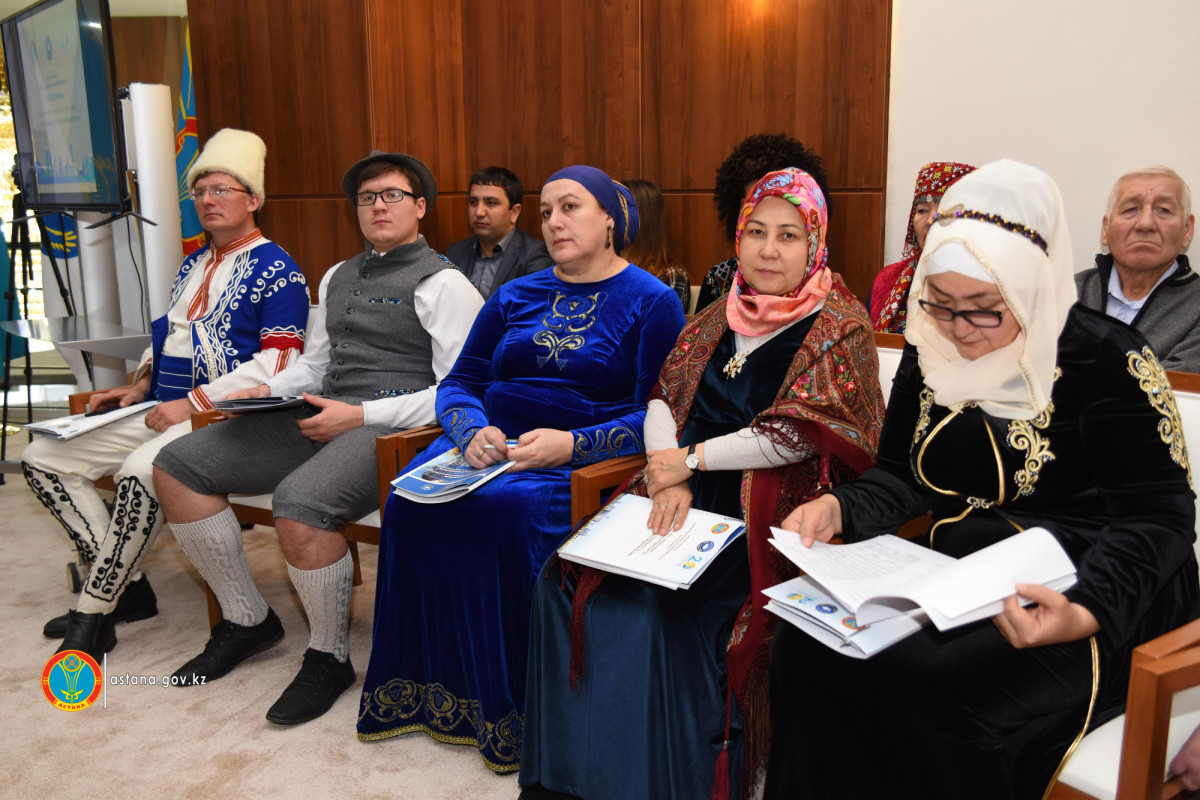 During the session, members of the Assembly of people of Kazakhstan of Astana were awarded with letters of gratitude.

"Many people are interested why I began to learn Kazakh language? I think that language is not just a means of communication, it is the history and traditions of the whole nation. To learn more about Kazakhstan, to understand the people, I study and speak Kazakh. Article of the President "Seven facets of the Great steppe" gives an opportunity to learn more about the national history, national culture of the Kazakh people. This article is very interesting for me. Kazakhstan is a common home of all ethnicities. Different nationalities live peacefully under one shanyrak. This is something new for me personally and even for the whole of Korea, which is admirable. I think that the experience of Kazakhstan will be useful and interesting," the doctoral student of Eurasian National University Chu Yang Ming from South Korea said.

As a result of the XVII session of the Assembly of people of Kazakhstan, a resolution was adopted.