In Karaganda, the Romanian cultural society "Dacia" organized for the seventh time the international festival of Romanian folklore in Kazakhstan and Central Asia "Marcisor-2019".

"Marcisor is a traditional spring festival. On this day, buddies of white and red flowers are presented to each other. These colors are a symbol of love and peace.

State Secretary of the Ministry of Romania on relations with Romanians living abroad, Victor Alekseyev, Ambassador Extraordinary and Plenipotentiary of Romania to the Republics of Kazakhstan, Kyrgyzstan and Tajikistan Chesar Armyanu, Director of "Kogamdyk kelisim" MPI of Karaganda region mayor's office Erlan Kussiyn and Chairman of "Dakia" NGO Nikolay Plushkis made welcoming speeches at the opening ceremony. 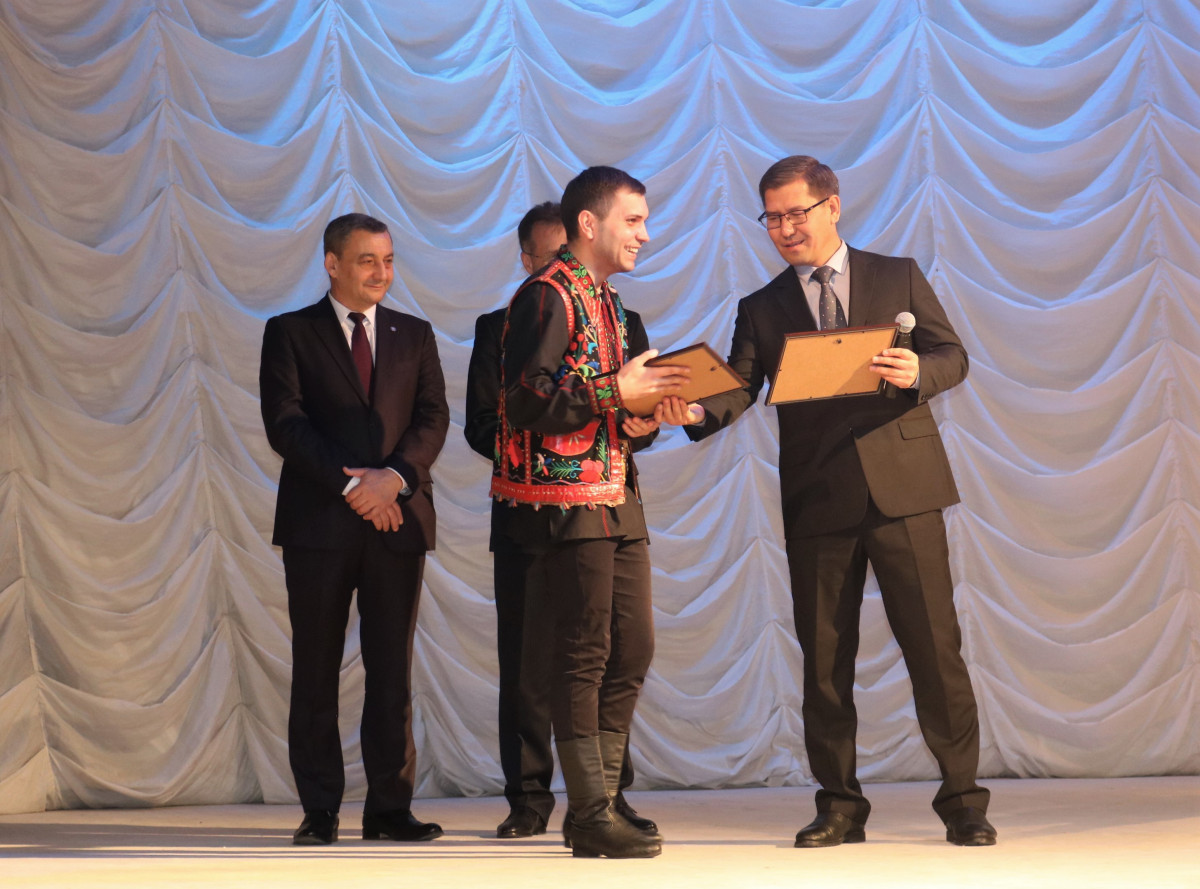 In his speech Mr. Chesar Armyanu noted that the holiday "Marcisor" is directly related to Nauryz and congratulated everyone on the holiday of renewal. "In Karaganda there is a very big Romanian community. We always feel the support of the Assembly of People of Kazakhstan, and we are very grateful for that," the distinguished guest said.

As it is known, in November 2017, Karaganda became a sister town of the Romanian city of Cluj-Napoca, as evidenced by the agreement signed by the heads of both cities.

It is worth noting that the relations between the cities are actively developing not only in economic and industrial sectors, but also in cultural ones. Participants from Nur-Sultan, Pavlodar, Shakhtinsk, Abai, Zhezkazgan gathered for the spring festival.

The special guest of the event was a famous singer of Moldova - Lenuca Geogrgica, and the youngest participant - the representative of the Embassy of Romania in Kazakhstan Elizabeth Peveluke, who sang the song "Romankuca".

All participants of the festival were awarded diplomas and gifts.