At L. Gumilyov Eurasian National University was held an international scientific and practical conference, where they discussed the role of public mediation in the modernization of public consciousness.

At L. Gumilyov Eurasian National University was held an international scientific and practical conference, where they discussed the role of public mediation in the modernization of public consciousness.

As part of the order of the President of the Republic of Kazakhstan N.A. Nazarbayev on the necessity to improve the institution of mediation for the resolution and prevention of disputes and improve the legal culture of the population, announced on April 26, 2017 at the meeting of the XXVI session of the Assembly of people of Kazakhstan, KSU "Kogamdyk kelisim" at akim's office of Astana, implementing the project "Ensuring the activities of the Mediation office", opened a new stationary Mediation Office and held Mobile field meetings, seminars and trainings in Astana, labor collectives with an explanation of the practice of mediation. 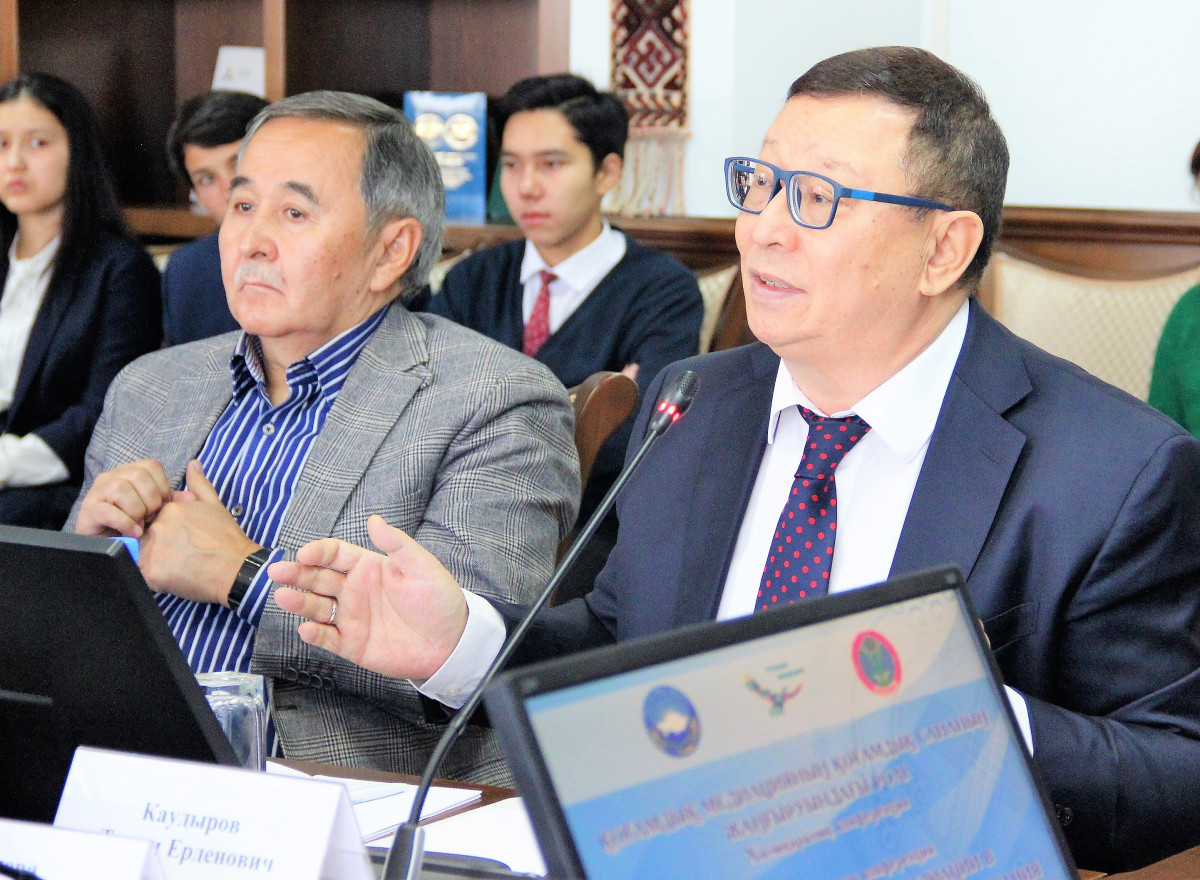 At the end of this work on October 24 at L. Gumilyov Eurasian National University was held an international scientific and practical conference on theme: "Role of public mediation in the modernization of public consciousness".

Moderator of the conference was Head of APK Department of L. Gumilyov ENU, Doctor of Economic Sciences, Professor, member of SEC APK, Chairman of the Association of APK departments Anatoly Bashmakov. 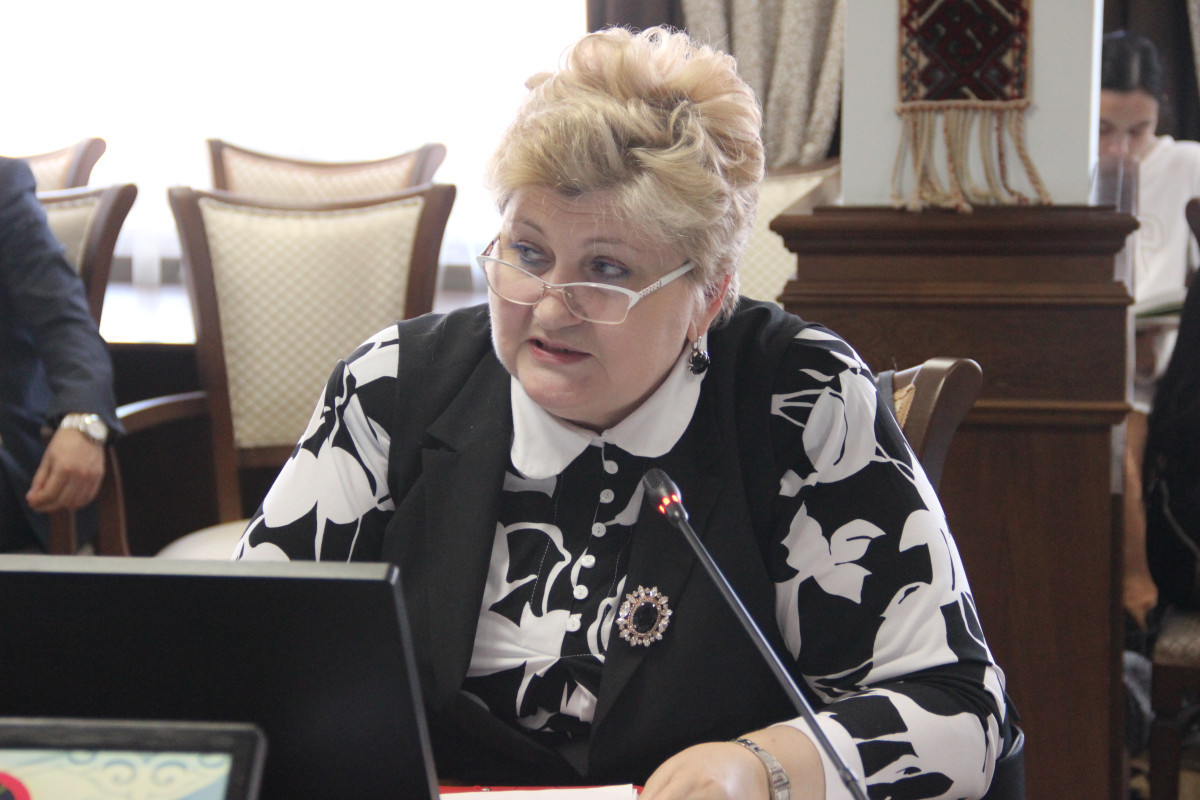 Rector of the Academy of Justice of the Supreme Court of the Republic of Kazakhstan, Doctor of Law, professor Tolesh Kaudyrov made comprehensive report. 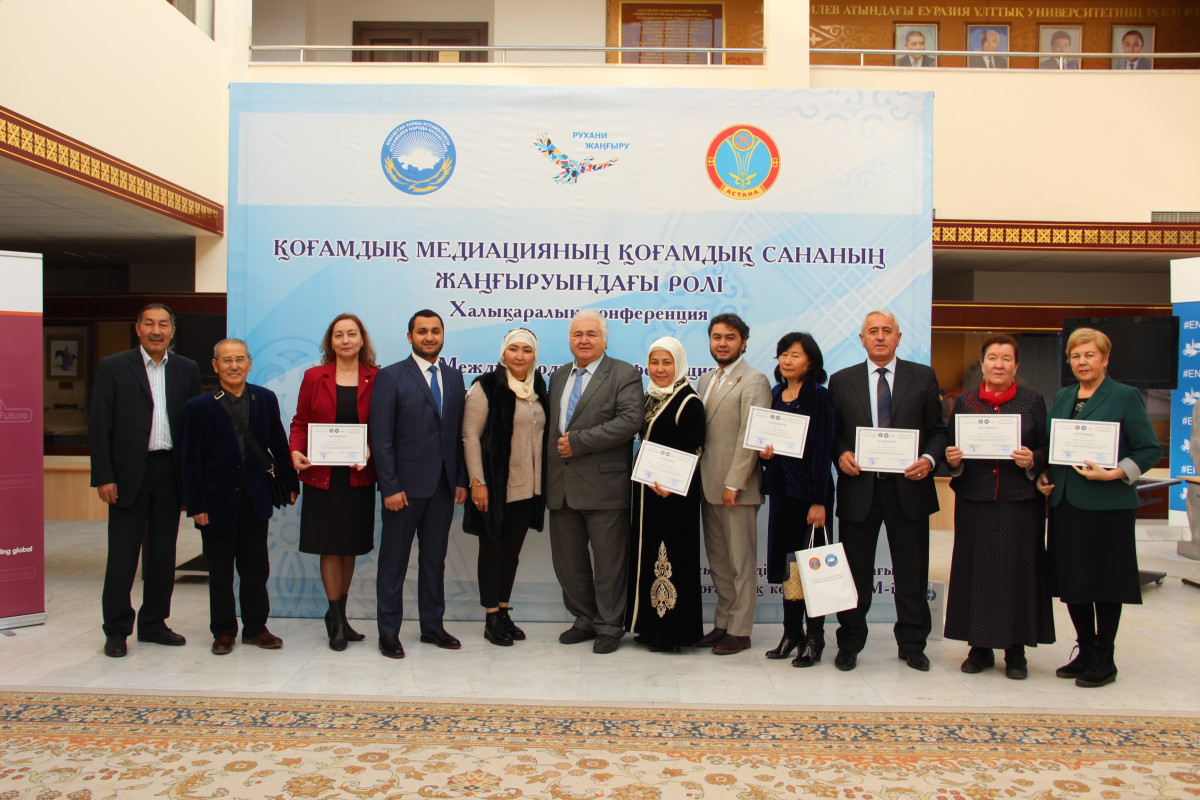 Within the framework of the conference, a training seminar for public mediators of Astana was held, at which the knowledge gained at previous seminars was consolidated. As a result, the relevant certificates were awarded.

The participants of the international scientific and practical conference adopted a resolution, which notes that the basis of conflict resolution are democratic principles based on respect for the individual and the recognition of every citizen of the right to realize, protect and defend their legitimate rights and interests, the need for further development and systematization of all major areas and promising areas of mediation.