The start of the charitable action "Sybaga" was given by masters of the Union of masters of arts and crafts at Akmola Assembly of people of Kazakhstan, having visited in the first February days the House of mother "Ana uyi" in Kokshetau. 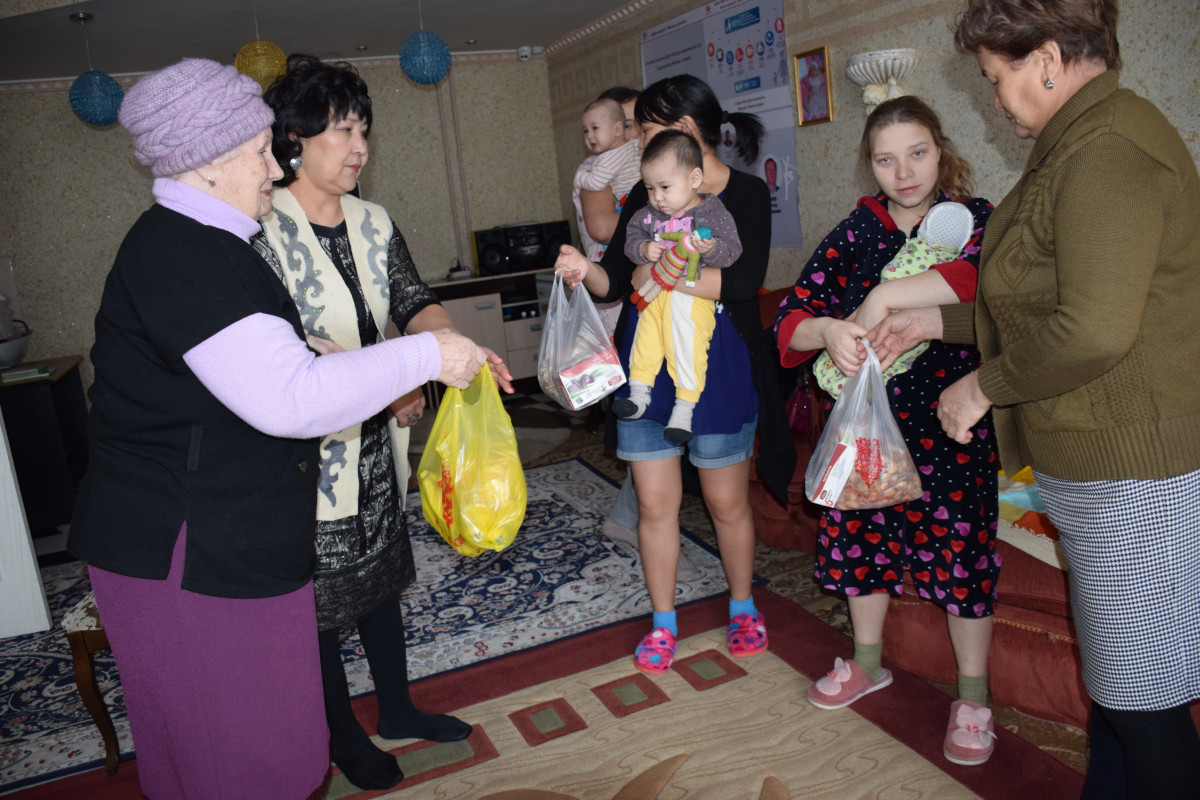 Inhabitants of the crisis center are the young women who have got in a difficult life situation. Each of them has its own tragedy, a sad history of life, which they try not to talk about aloud.

Lidia Vlasenko, a member of the Union of Masters at APK, came to the kids and their mothers with beautiful knitted dolls, because knitting is not just a favorite occupation for Lidia Ivanovna, but an integral part of her life. In addition, she gave a "money" envelope to buy the necessary things in the home.

The guests also promised to help with clothing and kitchen utensils for two mothers who recently left Ana uyi and are now working and renting their own accommodation.

By the way, a young woman under the age of 25 can stay at her mother's house until her baby is one and a half years old. The idea of the House is to support young mothers in a critical situation, providing basic living conditions and childcare so that the woman does not "break down" from the difficulties of life and does not give up her child to an orphanage. The main mission of Ana uyi is to keep the child in the family and reduce social orphanhood.

In Kazakh, "sybaga" means a share. According to the old Kazakh tradition, every person, dear guest, even a casual traveler who stayed overnight, should be given "sybaga".

Main point of the action "Sybaga", initiated by the Assembly of people of Kazakhstan, is to show attention, provide assistance to people left without care, orphans, sick people, people in a difficult situation.

Meanwhile, the beneficial action "Sybaga" was held in Semey.

Here, in accordance with the calendar of charitable events of the Assembly of people of Kazakhstan for 2019, the field action "Sybaga" took place on the basis of the labor collective of "Silikat" LLP.

Organizers have told to employees of factory about the Kazakh tradition "Sybaga".

More than 300 employees of different nationality work at the enterprise. Lectures on the Kazakh language with the invitation of professional teachers are held here during 20 years.

Now administration and employees of factory are interested in studying of the Latin alphabet.

At the end of the meeting "Silikat" LLP CEO B. Abianov offered his employees and students of secondary schools of the city to subscribe to the newspaper "Ana Tili" free of charge.