On October 18, scientific and practical conference "Kazakhstan's way: from dialogue to spiritual consent" organized by the International Centre of Cultures and Religions dedicated to Spiritual Consent Day was held.

Spiritual Consent Day, initiated by the Head of state on the threshold of Kazakhstan's independence, is celebrated annually as a day of seeking reconciliation, establishing mutual understanding between people, mercy and help to one's neighbour.

Scientific and practical conference was attended by the heads of the authorized state agencies and representatives of religious associations of Kazakhstan, scientific and expert community and non-governmental organizations dealing with issues of intercultural and interfaith dialogue. 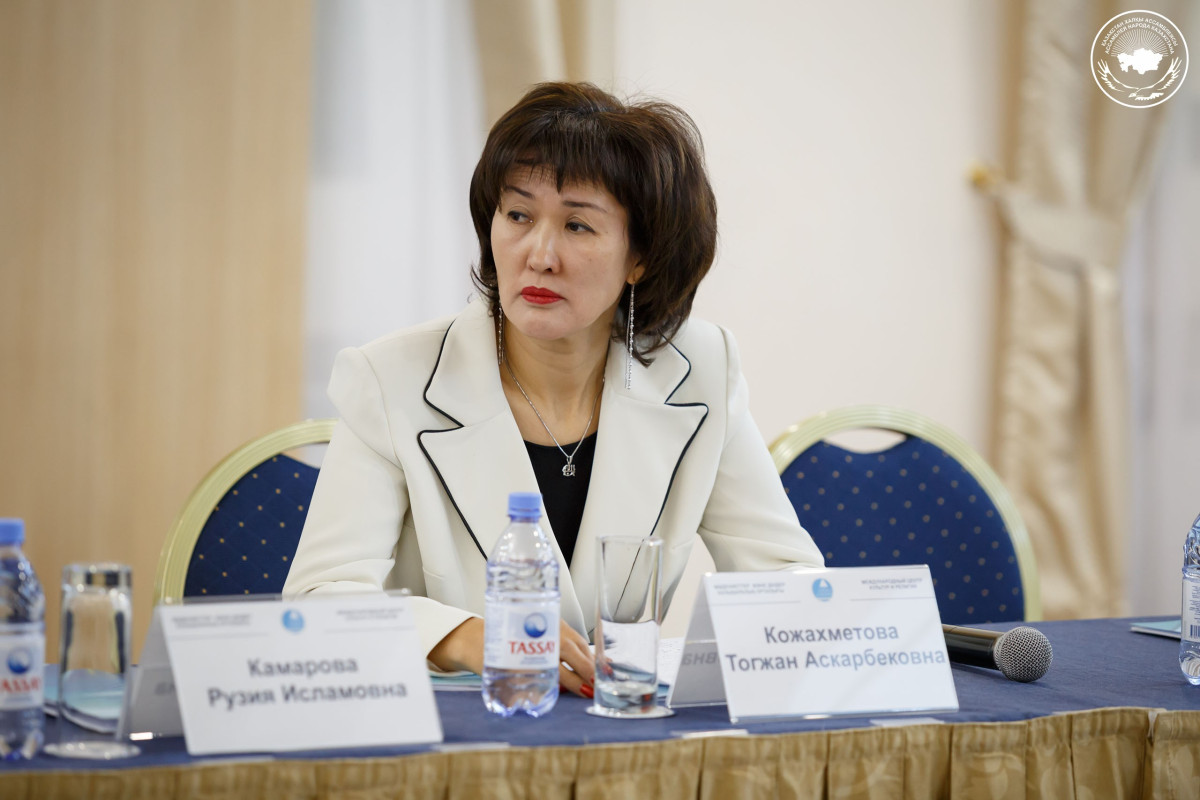 "The historical moment that human society is experiencing today, we perceive as a period of transition of the collective history of mankind from infancy to the stage of its maturity. This period is fraught with many changes, like those human experiences in his development, when he tries to leave childhood behind and enters adulthood.

Every nation, every community, and, in particular, every individual has a role to play in this process. Each of us contributes or seeks to contribute, both personally and collectively, to the well-being of our country and our society. We often face challenges that we have to overcome in this process along with opportunities. Tools are gradually being identified to help us move our efforts forward in the learning process. The ability to conduct a dialogue, to create a platform for a meeting on current processes in the society is one of these tools, which the society is gradually learning", — said Togzhan Kozhakhmetova, a representative of "Community of Bahai in Astana".

As most of the challenges facing society become global and require the combined and concerted efforts of individuals, institutions and entire populations, the relevance of dialogue in today's world becomes increasingly apparent. We are witnessing the emergence of new dialogue spaces, both in our Kazakh community and in other countries, which involve various segments of society in the search for solutions to urgent problems. It is encouraging that there is a desire to broaden the range of those involved. Participation in the meeting of people on whose actions and efforts the use of any adopted strategies depends is a visible expression of the principle of justice.

Interfaith harmony is a social phenomenon, the importance of which cannot be overestimated. Beginning with a deep understanding of the Creator's eternal covenants, a realization of the essential unity of creation and transforming into thoughts and feelings of those who seek to follow these truths, is embodied in a dialogue based on the search for what unites those who are involved in it. Going beyond dialogue to the joint search for solutions to the pressing problems of society, this process can lead to closer cooperation in efforts to promote the well-being of people and, ultimately, to the prosperity of society as a whole. It will make true creative and unifying role of religion in society visible, bringing it out of the vicious circle of "personal salvation".

"Humanity has come a long way from disputes and conflicts to the first glimpses of the desire to resolve issues through discussion and negotiation. Previous ways of dealing with problems, such as concessions and compromises, reaching consensus on complex issues, unanimous decision-making under the influence of the authority of an individual or an influential group, defending points of view in disputes and debates, obviously do not meet the true needs of society today. We are faced with the need to find new principles on which this consultative process will be based, which will correspond to the increased public consciousness, will release the hidden potential of people, will find intellectual and spiritual forces that can cope with the complex issues faced by humanity today", — said Togzhan Kozhakhmetova. 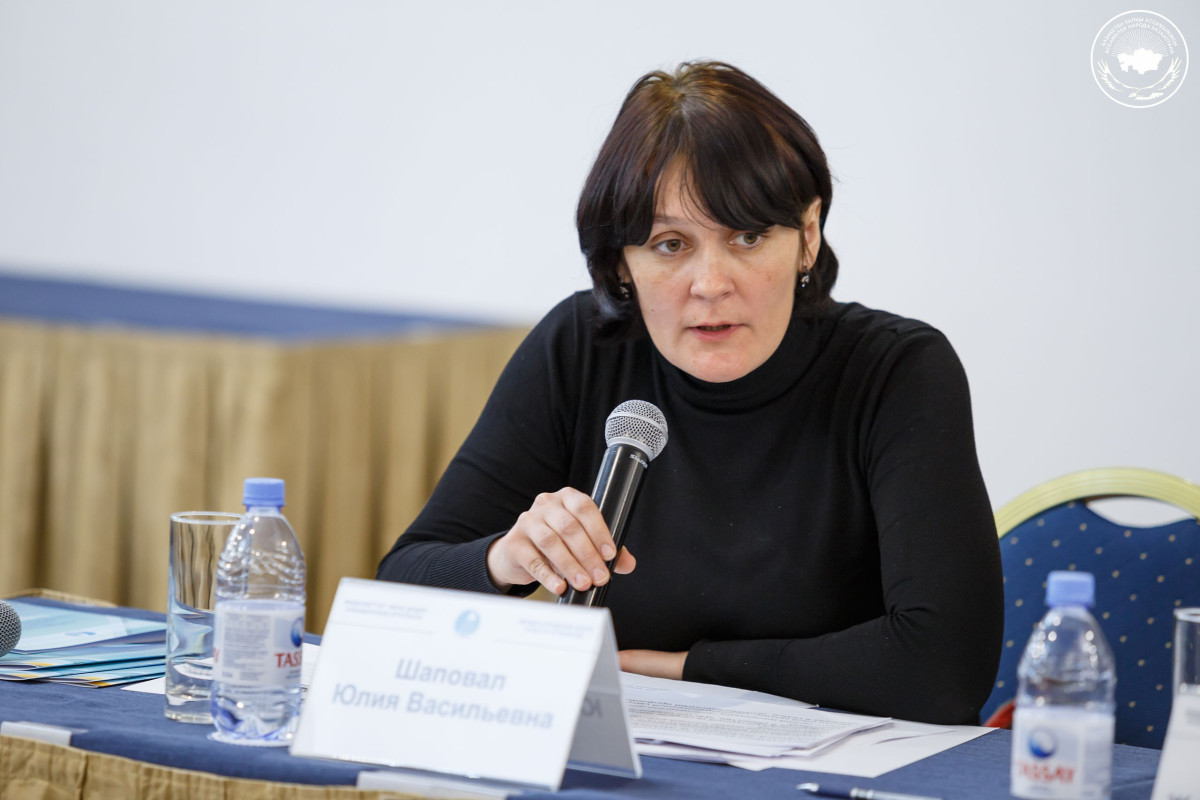 "As part of the preventive strategy, a set of programs aimed at achieving preventive goals was implemented. Analysis of the programme content showed that 40 projects out of 43 projects (the majority) included the following topics:

1. Multicultural consciousness, universal competence. Participants understand that there are other cultures, religions and ethnoses. Increasing interaction between young people of different ethnic, religious, cultural backgrounds and promoting cultural tolerance. This is often achieved through constructive activities that bring people into contact with other cultures and faiths. This content was aimed at achieving the first objective of the preventive strategy.

2. Within the framework of Kazakhstan's reality, it is the promotion of open cultural consciousness, open to other religions and cultures, the desire for the knowledge.

Identity and belonging. This aspect is aimed at strengthening the sense of citizenship and enabling young people to be legally involved in society. In contrast to the feeling of isolation and alienation, these measures are aimed at increasing the individual's sense of inclusion in social processes, overcoming resentment, discontent, which is exploited by radical ideology. This is achieved through discussions on broad political topics and one-on-one sessions focused on difficulties with identity in terms of religion, ethnicity, citizenship and other. A small number of projects was aimed at involving young people in broader political and social life by explaining and encouraging participation in democratic processes.

4. Types of constructive activity. These are sports, art, media, leisure, visiting museums, theaters, monuments, famous places of the city, archery, the use of appropriate video products. Horizons of people broaden through this, they are in contact with other people of another faith, culture, acquire new skills”, — said Yulia Shapoval, professor of Religious Studies of L.N. Gumilyov Eurasian National University.

At the end of the conference, resolution was taken on results of reports.