Sofia Prussova: "I express my gratitude to the Kazakh people, who helped to overcome all deportation hardships”

On March 1, Kazakhstan people celebrate Gratitude Day – a holiday of mercy, friendship and tolerance. The President of Kazakhstan Nursultan Nazarbayev initiated the establishment of this holiday.

"Under the Stalinist regime, entire nations were deported in different years – about 800 thousand Germans, 102 thousand Poles, 550 thousand representatives of the people of the North Caucasus, 18.5 thousand Korean families from the Far East. They were taken out of the trains directly into the bare steppe. At that time only Kazakhs lived there. That is why they hosted deported people. And Kazakh families, who themselves were in dire need, accepted them into their airbrick houses. Our family also hosted a couple with three children. It would be fair to celebrate on March 1, the Day of establishment of the Assembly of people of Kazakhstan, as Gratitude Day of all ethnoses to each other and to the Kazakhs, who showed mercy and hosted these people as their relatives. This would bring us even closer together. This day can become a bright holiday of mercy, friendship and love of all Kazakhstan people to each other," President of the Republic of Kazakhstan Nursultan Nazarbayev said at the XXII session of APK on April 22, 2015.

At present, representatives of more than 120 nationalities live in Kazakhstan. The people of modern Kazakhstan are result of the resettlements initiated by the Soviet government.

Sofia Prussova, a member of the public association "Polacy" in Astana, shared her memories of those hard times.

"Our family lived in Ukraine in the village of Zhytomyr region. In 1936, our family was forcibly deported to Kazakhstan, only because the family was of Polish nationality.

According to her, the repressed were taken in freight cars, along with cows, pigs and other animals. The move was so difficult that many people could not stand it and died on the way. Their family was brought to the steppe, to Kokchetav region, between two Kazakh villages.

"It was in September 1936, when people were left in the steppes in fabric tents. The families of the deportees started digging dugouts urgently to survive the winter. Many died because they could not survive in such conditions. Therefore, with the arrival of spring they began to build houses of airbrick. I remember this house because I lived in it for 14 years," Sofia Boleslavovna recalls.

Since 1956, when the policy of the state changed, people began to live better, new houses were being built, already covered with a slate and with a wooden floor. In 1962, the Prussov family built such a house, it was happiness for them.

Since childhood, parents taught Sofia Boleslavovna to work. Everyone had their own responsibilities. She cleaned the house, ripped the grass to the animals, collected dung cakes for heating, carried water from the well, grazed geese and ducks. There was no time left for games and entertainment, she still had to study.

"Thanks to her perseverance and patience, I successfully completed 8 classes and a medical school in Kokchetav. After 5 years my husband helped me to enter the medical academy in Tselinograd. I have a son and daughter, grandson and granddaughter. My husband, unfortunately, died early, at the age of 50. After transformational change in the state policy, there were opportunities for everyone to go abroad. Churches were being built in Kazakhstan, and there was an opportunity to pray without hiding. In addition, President Nursultan Nazarbayev called for peace and accord in multinational Kazakhstan. Associations of different ethnicities started to open up. Our Polish Association "Polacy" under the chairmanship of Elena Rogovskaya is existing 19 years. I take an active part in it. We invite Polish teachers from Poland, who conduct classes with children and adults here. I also attended Polish lessons for 4 years and now I can communicate with Poles in my native language. I have been to Poland 6 times already, I went to a medical conference, at the invitation of sponsors. 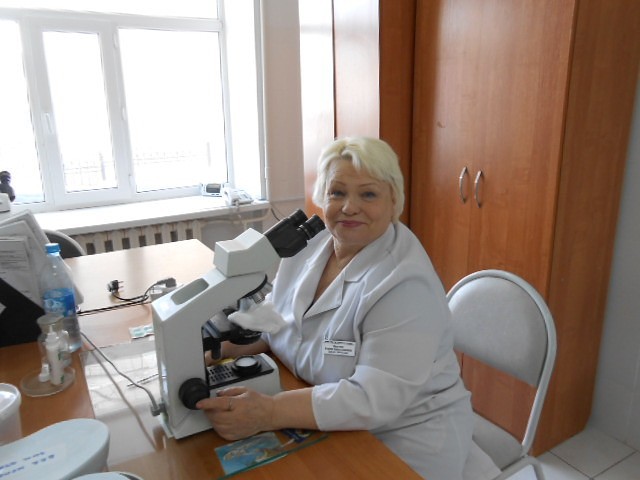 Polacy Association has established vocal and dance ensembles, which take part in all festivals and city events, showing traditions and Polish culture. The centre has a Sunday school. Thus, the public association tries to preserve the culture and customs of its descendants.

"I am grateful to the Kazakh people, who welcomed our family and helped to overcome all the hardships of deportation. Thanks to the policy of our state, I am free to go to the church, speak Polish and go on vacation to Poland. The Kazakhs not only gave us shelter, but also an opportunity to preserve our culture, language and traditions. I believe that my parents are watching me from heaven, rejoicing at the way I live. After all, they couldn't even dream of such a life," concluded Sofia Boleslavovna.