About Dungan ethnocultural association in Kazakhstan 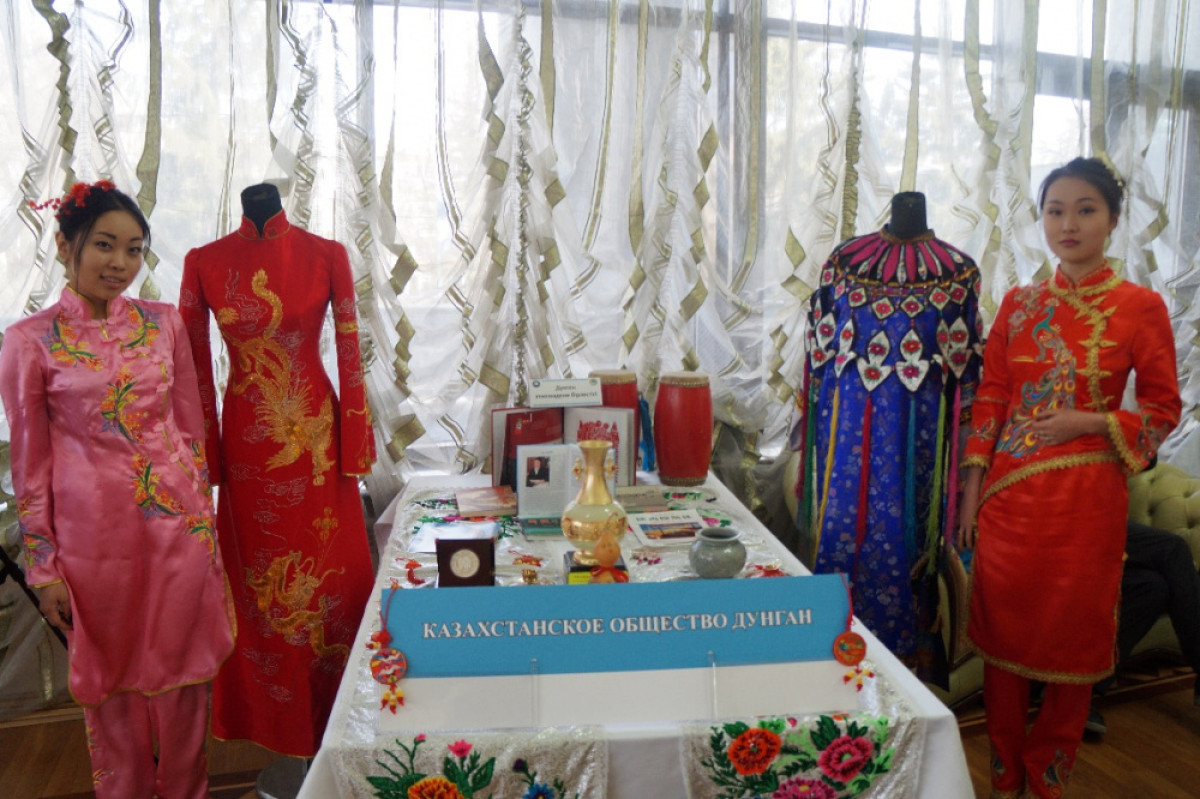 Dungans mainly live in Kazakhstan, Kyrgyzstan and Uzbekistan. In China, their number is more than 9.8 million Chinese Muslims, who are often of the same nationality. They are descendants of the Huizhou, some of whom, like more numerous Uighurs, moved to the Russian Empire in 1877 after the defeat of the antiQing uprising of the Dungans in northwestern China. 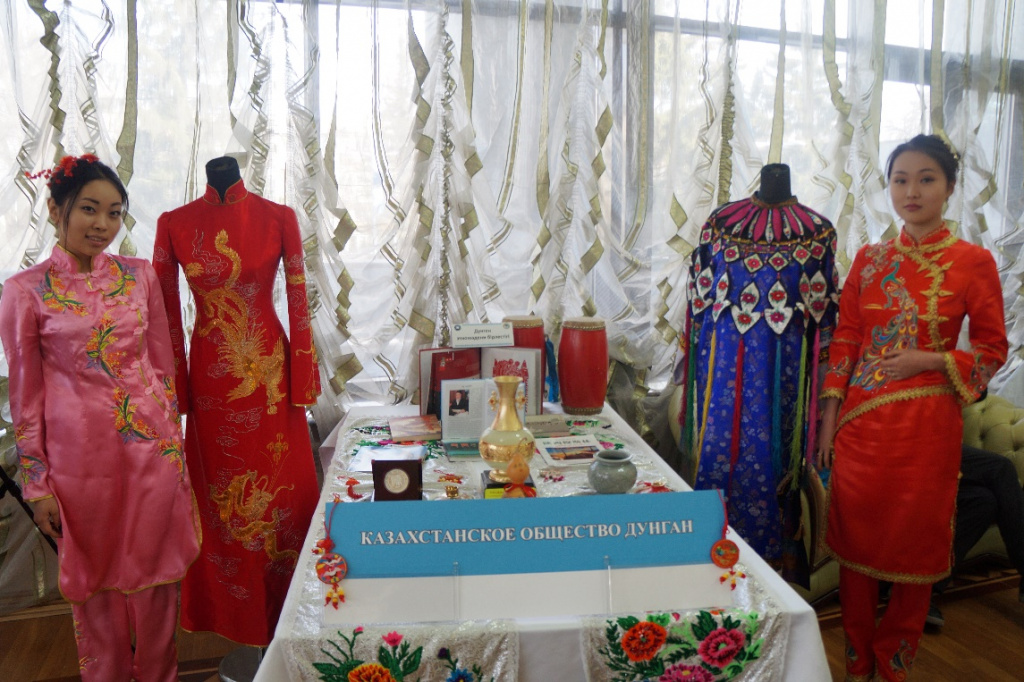 The self-name of the Dungan in the modern Dungan Cyrillic script is Huizhou. According to one version, the word "Dungan" is of Turkic origin. In another version, recently proposed by Professor Hai Feng of Xinjiang University, the word Dungan dates back to the Chinese word Tunken, "military settlements of frontier lands", widely spread in Xinjiang during its development by Qing China.

The Dungans moved to Kazakhstan in the late 70s and early 80s of the 19th century from the oppression of the Qing imperial dynasty. Hundreds of thousands of forced migrants died during the difficult transition. Over one hundred and forty years ago, the Huizhou or Dungan people found a new home on Kazakh land.

Today, there are more than 72,000 Dungans living in Kazakhstan. Representatives of the Dungan ethnos are widely represented in the Assembly of People of Kazakhstan, the Majilis, mayor’s offices, educational, scientific and health organizations. The Dungans actively participate in the social and political, economic, cultural and sports life of the country and occupy a worthy place. Today, Kazakhstan is a common home for representatives of more than 100 nationalities. Each ethnic group has the same rights and opportunities; they strive not only to preserve and develop their national cultures, but also to strengthen national unity and inter-ethnic harmony. More than one century traditions and art of Dungan people complement the mosaic of cultures of multinational Kazakhstan. To revive this culture, to save and develop the native language - here the main purposes for which 30 years ago the first associations of Dungan of Kazakhstan were created. 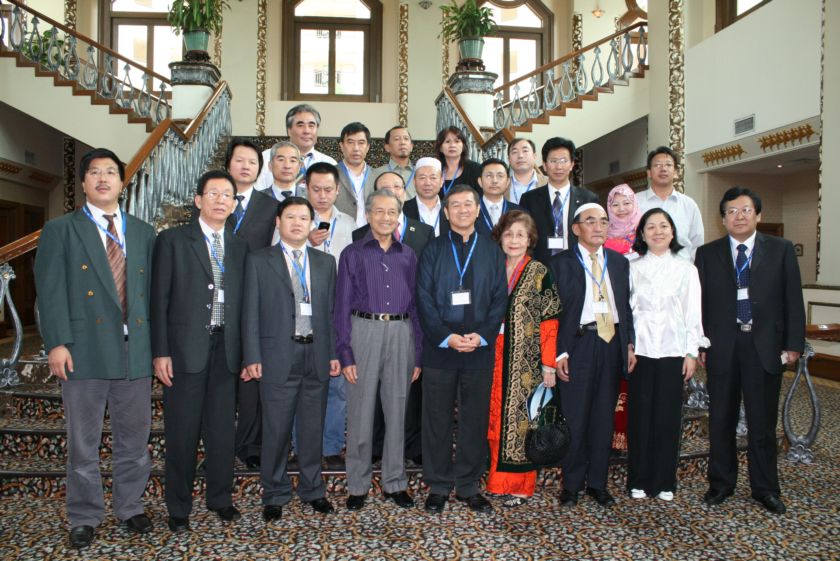 The Dungan ethnos has brought up many personalities who have contributed to the development of Kazakhstan. One of the famous Dungan of the last century is Magazy Masanchi - participant of historical events of the Civil War, 20s of XX century in Central Asia and Kazakhstan. With his assistance and direct participation not only in the capital of the republic, but also in other places, educational institutions were opened. He sent especially gifted young men and girls to Moscow to study. However, his merits were not appreciated. And he was shot by the Soviet authorities as an "enemy of the people". In independent Kazakhstan, Masanchi was not just rehabilitated. The village of Zhambyl region was named after him, and the central street in Almaty was named after him, and a bust was installed.

In the modern world it is possible to note names of weightlifters, world and Olympic champions Maya Maneza and Zulfiya Chinshanlo, who worthily represent our country on the world sports arena. An important role in strengthening interethnic harmony belongs to the Republican Ethno-cultural Association "Kazakhstan Dungan Society". The society has a folklore ensemble "Chuntian" ("Spring"), a dance group "Gunyan Tevu" ("dancing girls") and a youth wing.

The Dungans have always been famous for their ability to work on land and entrepreneurial spirit. On September 2, 2019, President Kassym-Jomart Tokayev in his message "Constructive public dialogue - the basis of stability and prosperity of Kazakhstan" opened new opportunities for the development of small and medium-sized businesses. Zhanseit Tuimebayev, Deputy Chairman of the Assembly of People of Kazakhstan, made a special mention of this during his speech, calling on those present to take an active part in implementing the economic block of the Message.

The Dungan Association of Kazakhstan was registered in 1989. It was headed by Mashanlo Lamzar Yusupovich. In 2011, the Association was renamed "Kazakhstan Dungan Society". In the same year the branch of "Kazakhstan Society Dungan" in Almaty was registered, Ayubov Romazan Kereyevich was elected as its chairman. Kazakhstan Dungan Society is voluntary, self-governing, non-profit association established on the initiative of citizens, formed on the basis of common goals and interests. The main aim of the association's activity is the revival, preservation and development of traditions, customs, language, culture and history of the Dungan, as well as implementation of the ideas of the Assembly of People of Kazakhstan.

The history of origin and resettlement of Dungan rebels in Semirechye is reflected in the books "Dungan. Historical and ethnographic research", "Essays on the history of the Soviet Dungans", "The resettlement of the Dungans in Kyrgyzstan and Kazakhstan", in the films "Descendants of Biyanhu" and "The Dungan Symphony".

The Dungan Ethno-Cultural Association of Kazakhstan coordinates the activities of cultural centres. On his initiative the opening of the only in Central Asia Memorial to the victims of the Dungan uprising of 1862-1877, dedicated to the celebration of the 170th anniversary of the national hero of Dungans M.A. Biyanhu, took place. The methodological center for studying the national language, the only one in Kazakhstan, regularly holds international scientific and practical conferences dedicated to the problems of the Dungan script.

The Dungans know the language and observe the traditions. But, keeping their native language, which they study in special groups, children study Kazakh and study at Kazakh schools. The Dungans are imbued with the culture of the peoples they live with side by side. They celebrate state holidays - Constitution Day and Independence Day, Nauryz, Kurban Ait and various memorable dates.

Subscribe to our Telegram channel and be the first to know the news!
Next news
International Yoga day marked in Kazakhstan
Photo day
2nd Kazakhstan rescue team arrives in Türkiye