The event was attended by members of the Assembly of people of Kazakhstan, activists and leaders of national and urban ethno-cultural associations, labor veterans, members of SEC APK, the youth of "Zhangyru Zholy" RYM, activists of "Zharasym" RYO, professional and amateur artists, partners of the House of Friendship. 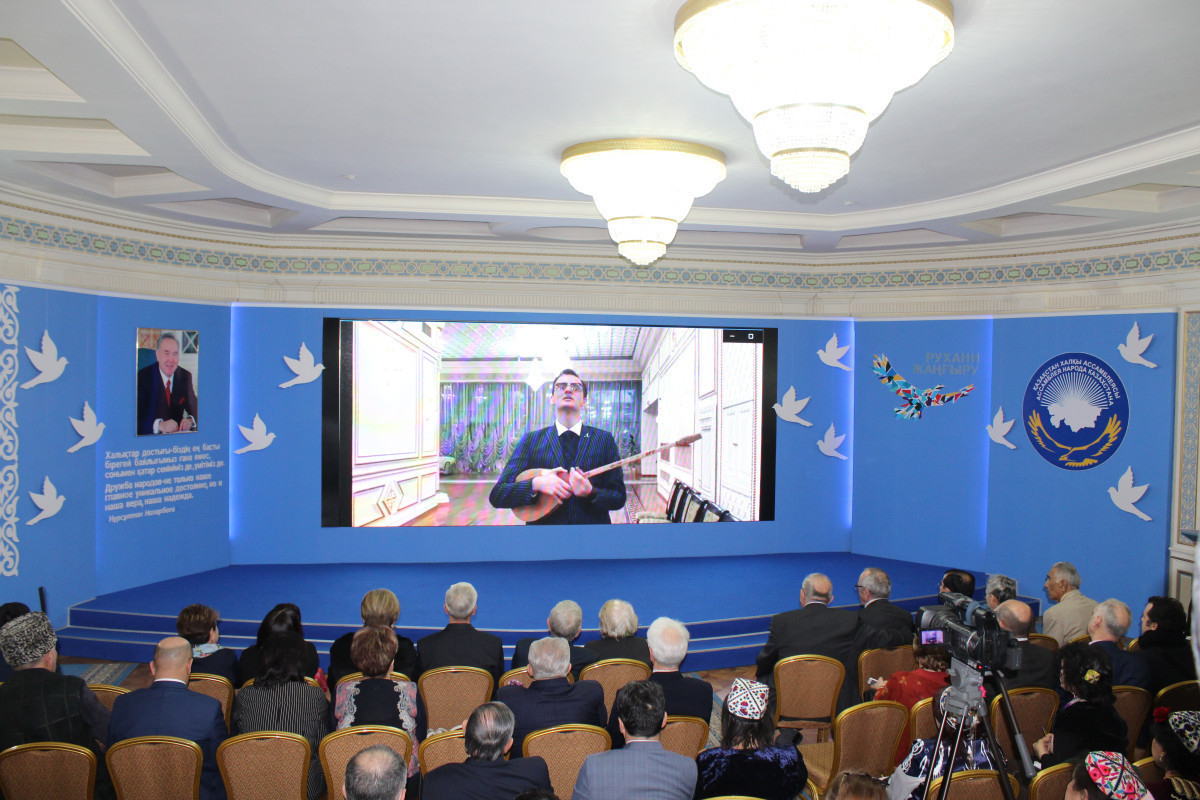 Gratitude Day is a tribute to all citizens of our country to each other, who have experienced the difficult times of resettlement of representatives of different minors in Kazakhstan. It was spoken by acting members of APK and heads of ethno-cultural associations.

During the concert program creative collectives and young talents of ethno-cultural associations performed on a stage. Guests of a holiday had an opportunity to enjoy pearls of domestic and world classics in performance of a concert orchestra of akim of Almaty under the direction of the Honoured artist of RK, known composer Murat Serkebayev. New poems were dedicated to this holiday by People's Poet Shomishbay Sariyev.

The participants met the address of children and youth of APK to the senior generation with the gratitude expressed in verses and songs with special warmth.

All the participants were given Kazakh "qurt", which became a symbol of Gratitude Day.

In the final part of the event the veterans and senior generation of APK gave a blessing on behalf of the older generation for the youth, according to the tradition of the Kazakh people "Bata Beru - Blessing".

Guests left their wishes in a special "Gratitude Book", which was placed in the hall of the House of Friendship.

The event ended with a festive dastarkhan where traditional dishes of different ethnic groups were served.

In the course of the event, the heads and patrons were presented with Letters of Gratitude for sponsoring the creation of the youth center.