NEW HEAD OF APK’S SECRETARIAT HAS BEEN APPOINTED

A new head of Secretariat of the Assembly of people of Kazakhstan has been appointed in NKR. Muratbek Zeinullin was introduced by Madiyar Kozhakhmet, Deputy Head of the region.

Assembly of people of Kazakhstan is an important element of the political system of Kazakhstan, which consolidated the interests of all minorities. Muratbek Zeynullin was the head of the department on religious affairs for 6 years. The head of the secretariat was shown his office, was brought up to date and wished good luck in the new field. 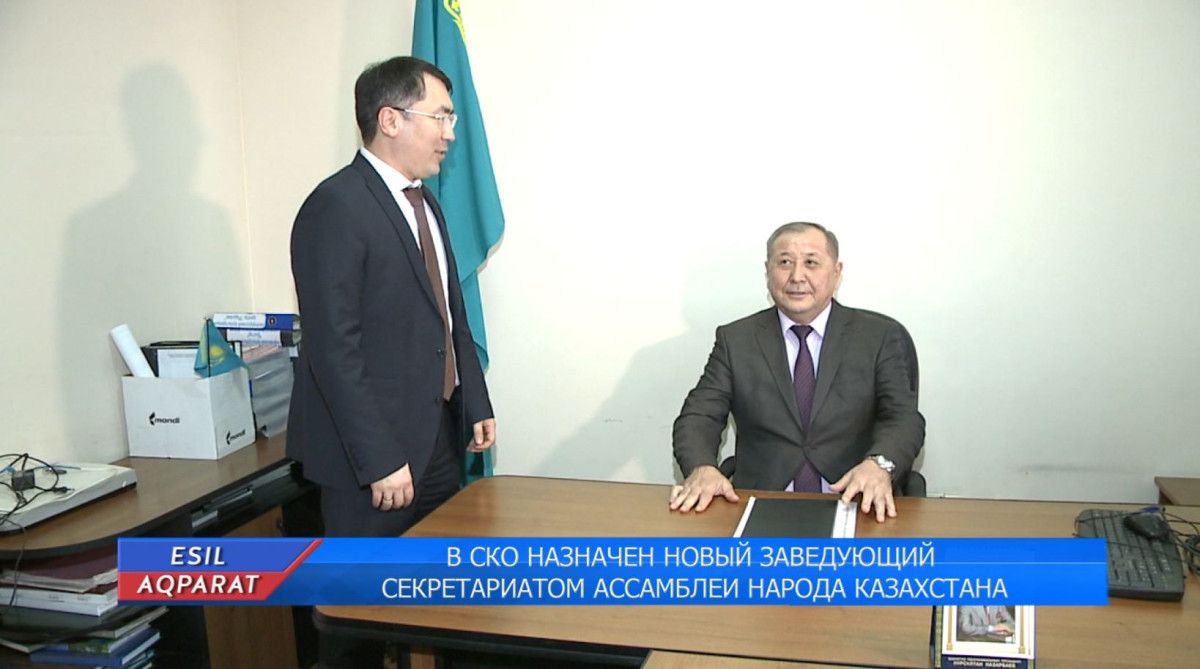 "A competition was held in accordance with the established rules. Zeinullin Muratbek Begaidarovich took part in the competition. According to the competition procedures, in agreement with the akim of the region, he was appointed the new secretary of the Assembly of people of Kazakhstan.