Women's National Headdress Day was held in the capital House of Friendship, where the show and exhibition of headdresses of different Kazakhstan ethnicities took place.

The event, organized by Secretariat of Astana APK within the framework of the program "Rouhani zhangyru", was attended by 11 ethno-cultural associations of the capital, Mothers’ Council of the city headed by Chairman Yannat Nizamutdinova, as well as Chairman of the regional public organization "Kazakh culture center "Shanyrak" of the Republic of Bashkortostan Askar Kuzembayev. 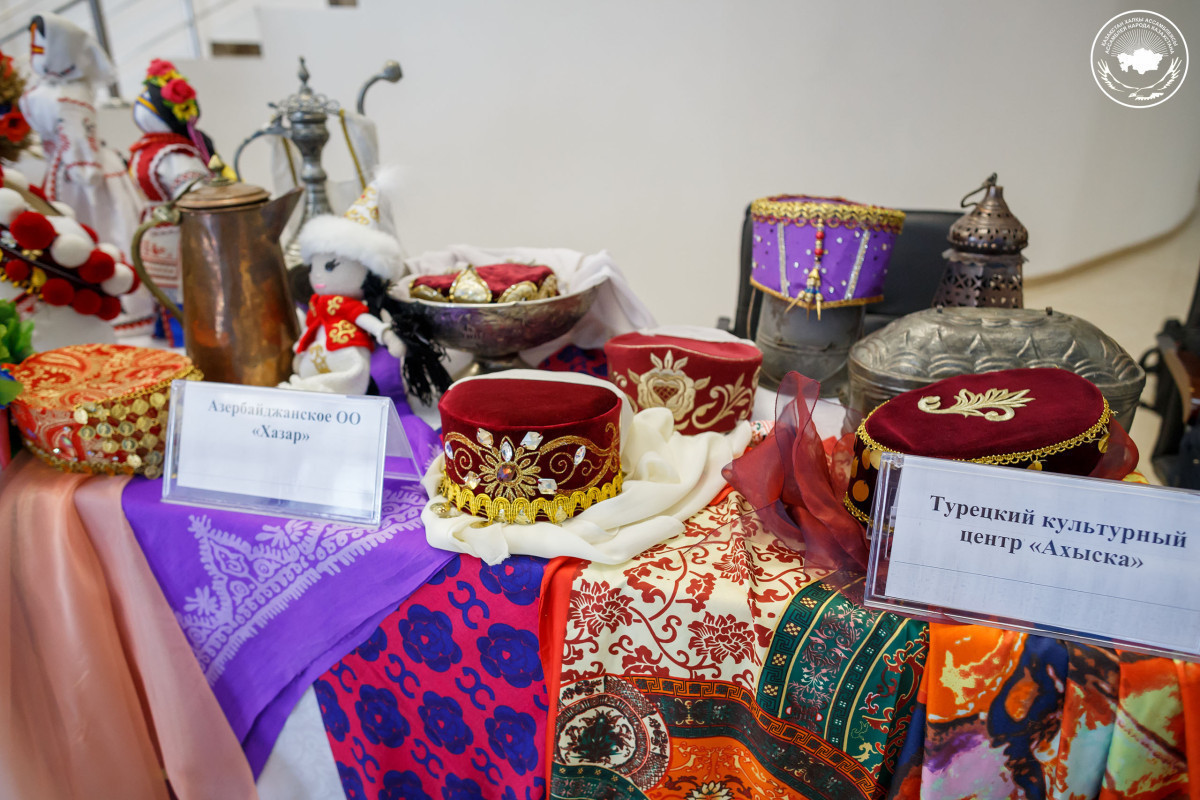 According to the organizers, the purpose of the event is to familiarize and form interest in national culture and traditions, preservation of cultural heritage of Kazakhstan people. As Yannat Nizamutdinova said, a headdress is an important element of a woman's wardrobe. She also emphasized that young people should study the history and heritage of each nation of our country, as history is people’s treasure. The festival promotes education of special attitude to spiritual and cultural values and traditions. 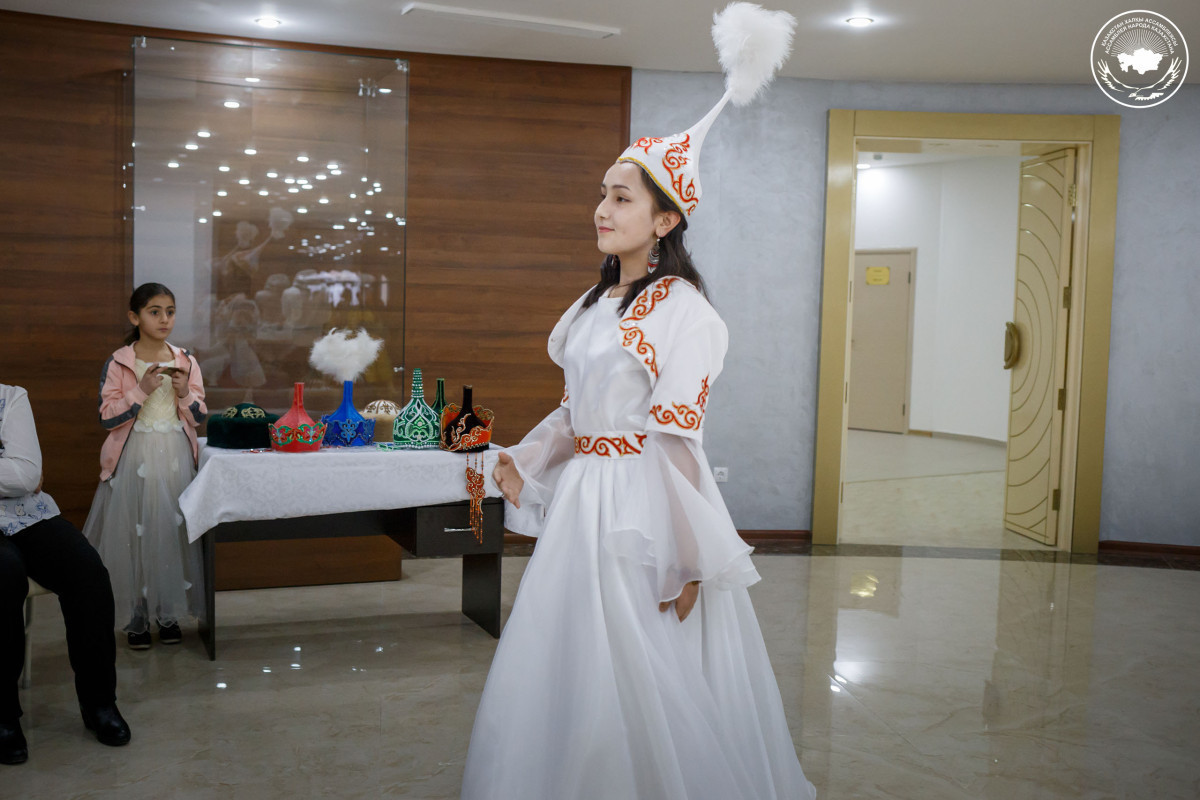 Slavic, European, Oriental and Caucasian peoples’ headdresses were shown during the runway walk. These were shawls with various elements of decoration, and skullcaps, and shaped hats. Each of them riveted the eye with its extraordinary beauty, but at the same time struck by simplicity. 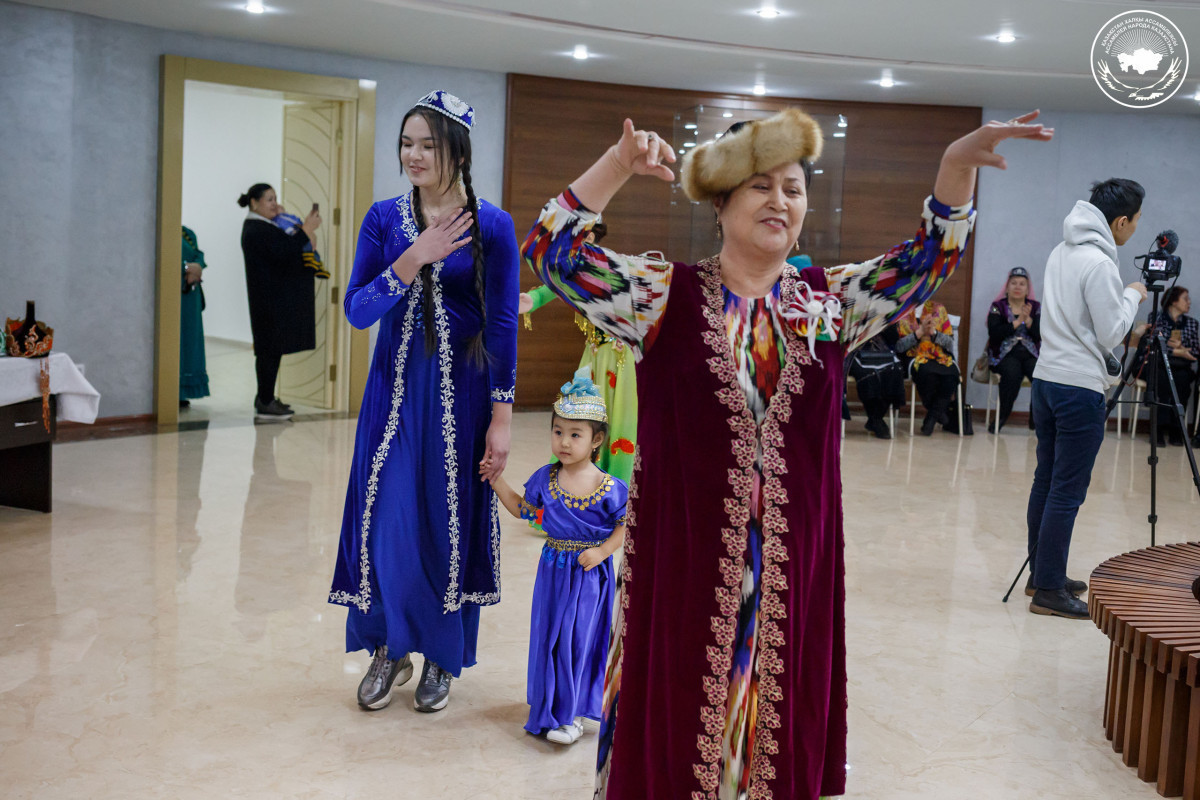 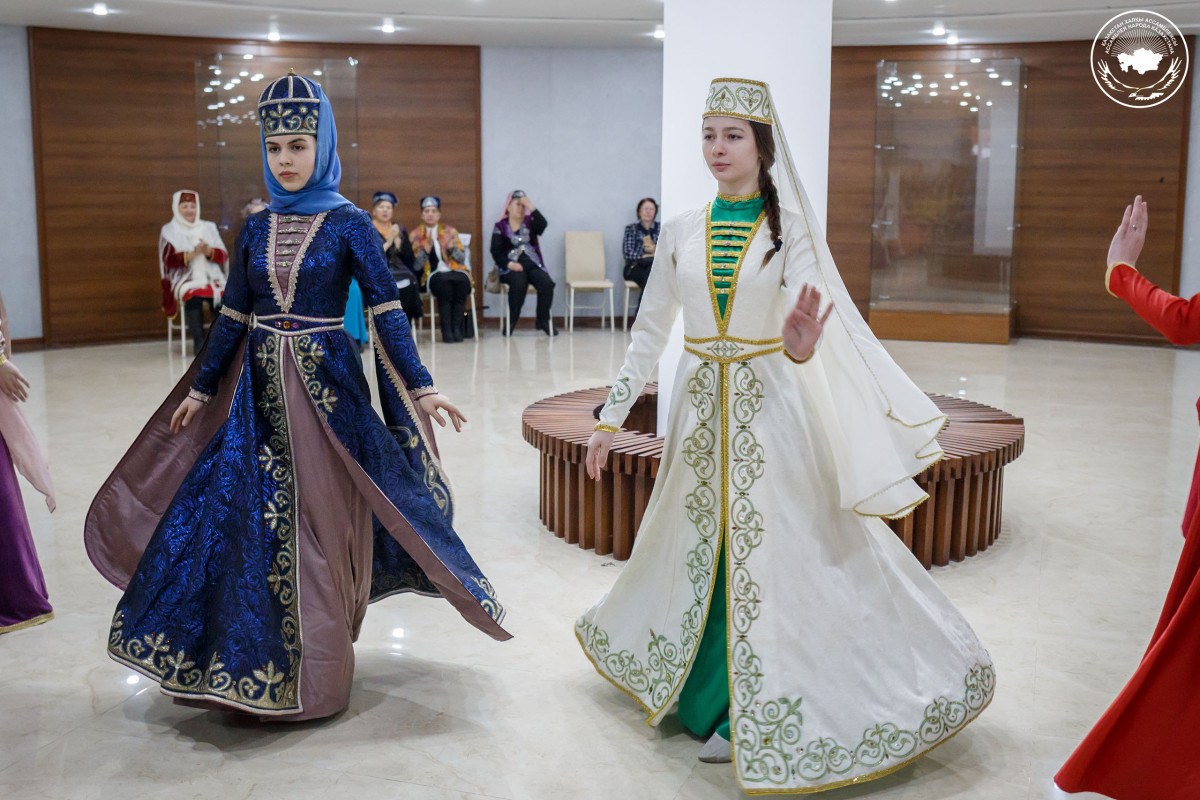 Since ancient times, all women's hats were divided into girlish and married women. They are decorated with fringe, rhinestones, beaded embroidery, sequins, decorative coins, can be made of cotton, satin or silk. 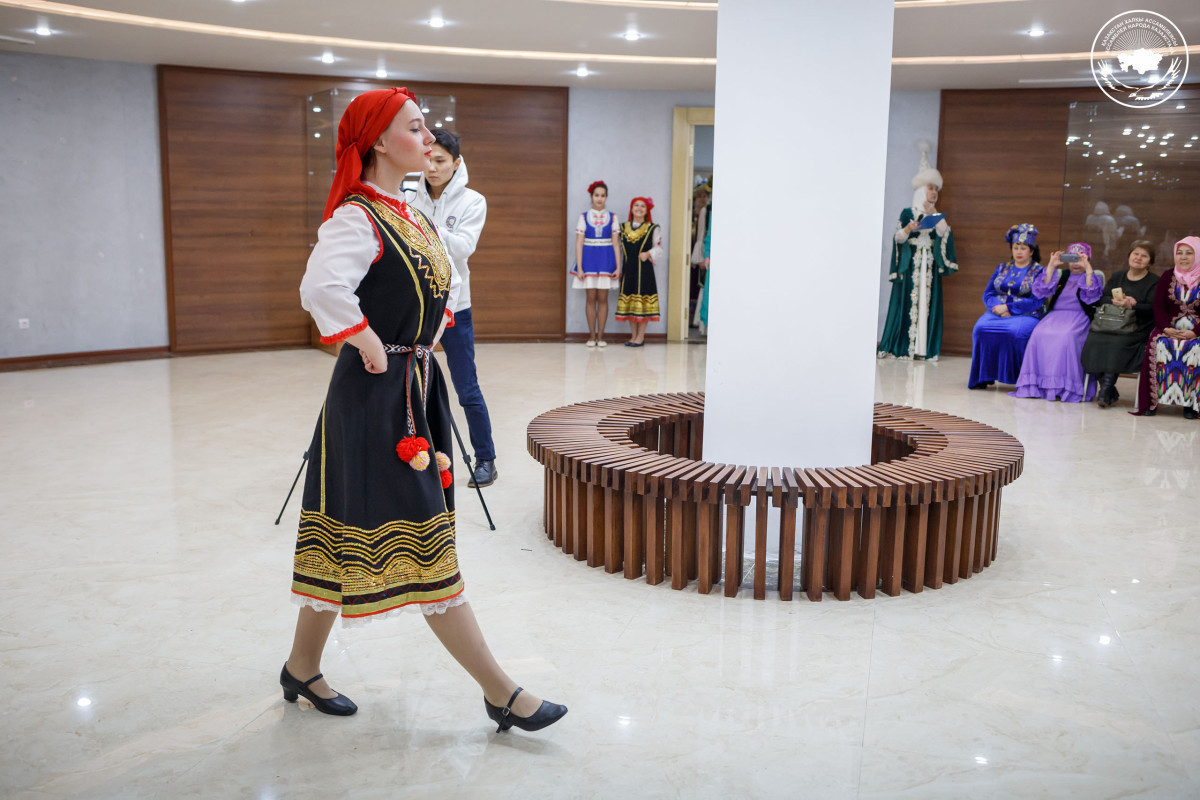 A representative of the Public Association "Tatar-Bashkir cultural center "Tan", a member of the Eurasian Union of Designers Sergey Sadykov told about the evolution of women's headwear. In his speech, he drew attention to the Kazakh "kimeshek", which not only adorns our grandmothers and makes them stately, but also educates young people respect and desire to achieve this age, status and wear such a headdress. The designer added that the modern national costume is transformed, and has its prerequisites to be improved, stylized, whether it is a stone or other decorative elements. At the same time, he noted that the national headdresses preserved ornaments – a kind of amulets, and they have a deep meaning.

"Kazakh culture is rich. We revive and begin to study it through such activities. The culture of grandmothers and great-grandmothers is reviving here, and we must pass this heritage to the younger generation thanks to our house of friendship," said a member of the Eurasian Union of Designers.

According to him, Kazakhstan's culture is widely represented on the world stage through various displays of national costumes and modern clothing with national colors. This is the presence of wall, rock paintings, feathers, furs, stones, national patterns in clothes. The Kazakh culture promoted abroad receives positive feedback. 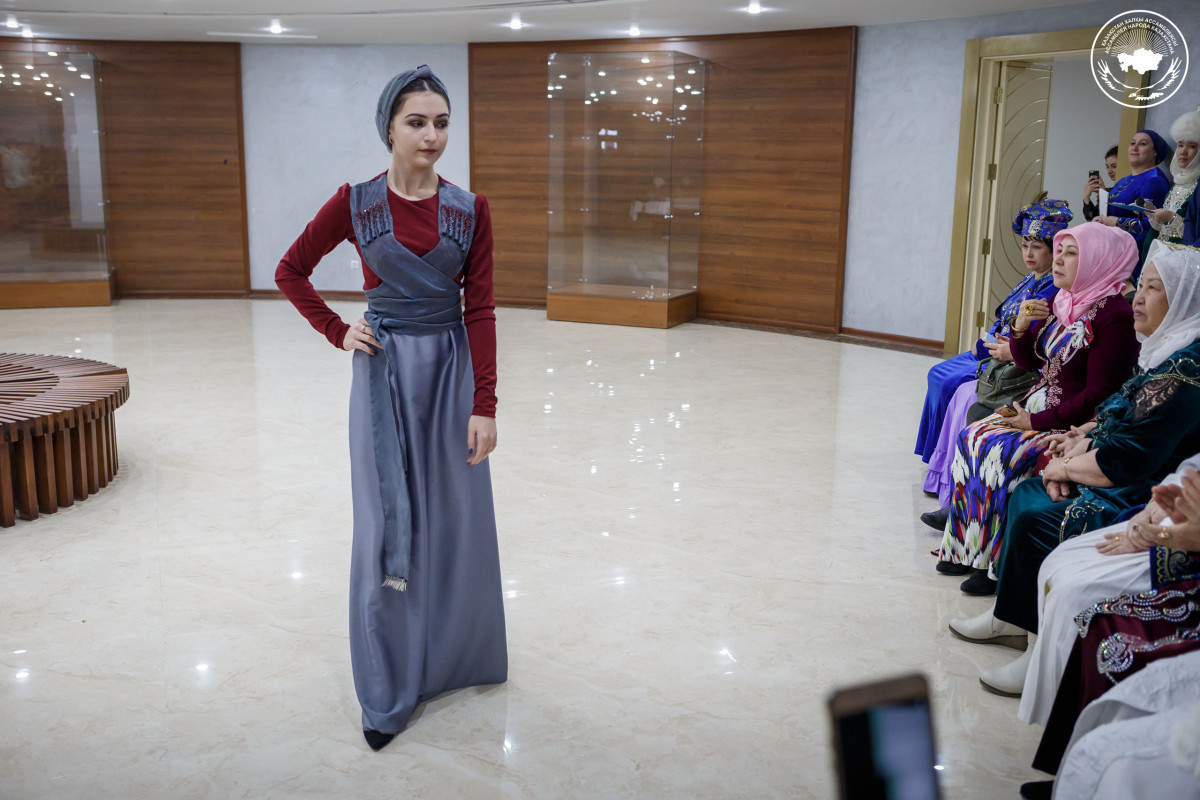 According to the designer, national headwear is already used in everyday life. For example, a skullcap worn by adult men (fathers, grandfathers). They promote our culture by doing so. Also scarves with national ornaments do. Despite the fact that the handkerchief is present in every ethnos, a distinctive element is the national ornament, which is already of interest to people. Today, the national headgear, as Sergey Sadykov said, can be a part of evening attire, and bring a highlight in the image. 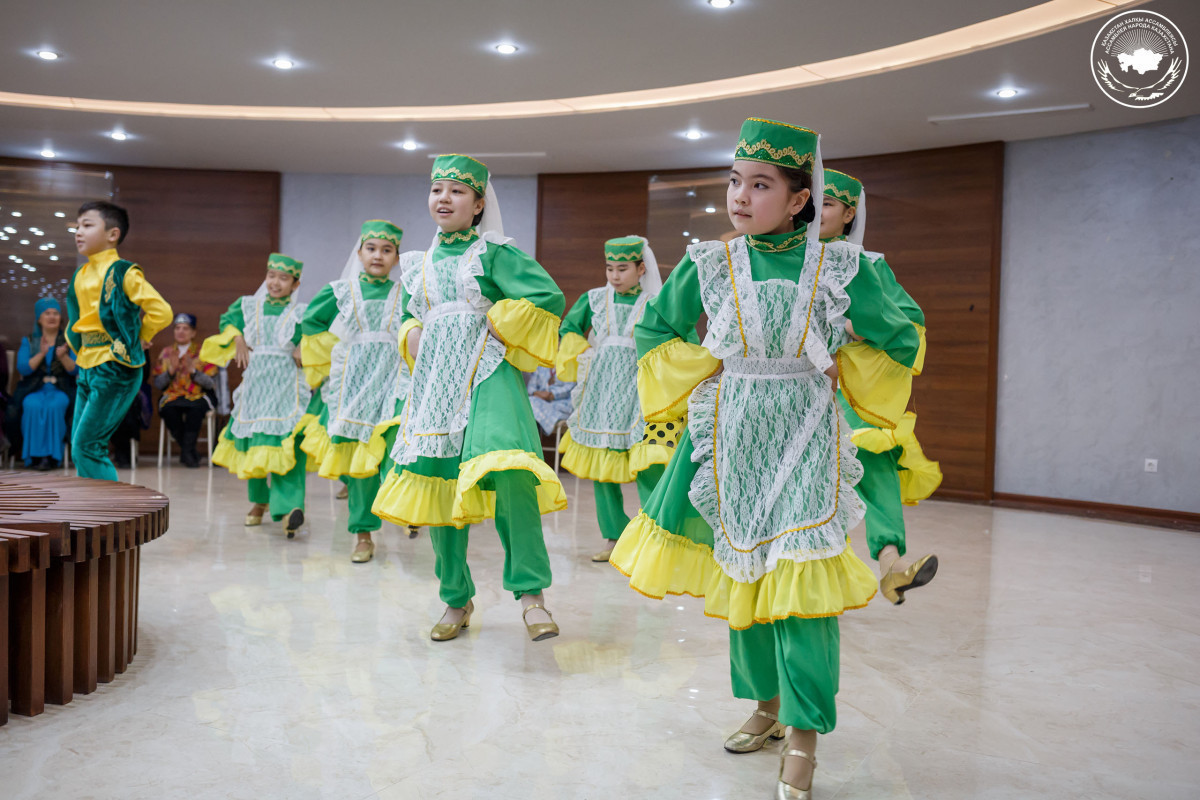 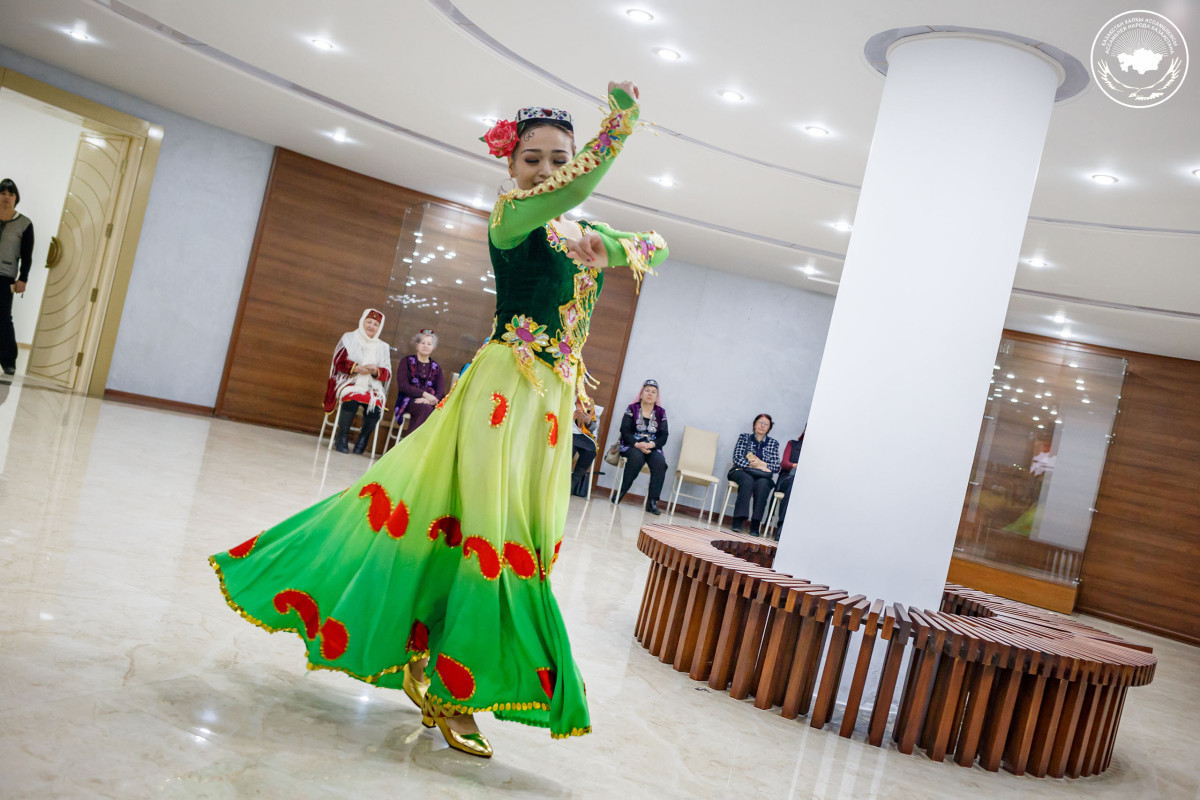 The festival was accompanied by musical performances of ethno-cultural associations of the city. At the end of the event, the participants of the fashion show were encouraged with certificates, and the members of the Mothers’ Council, who actively participated in various events of the Assembly of people of Kazakhstan were awarded letters of gratitude and diplomas. 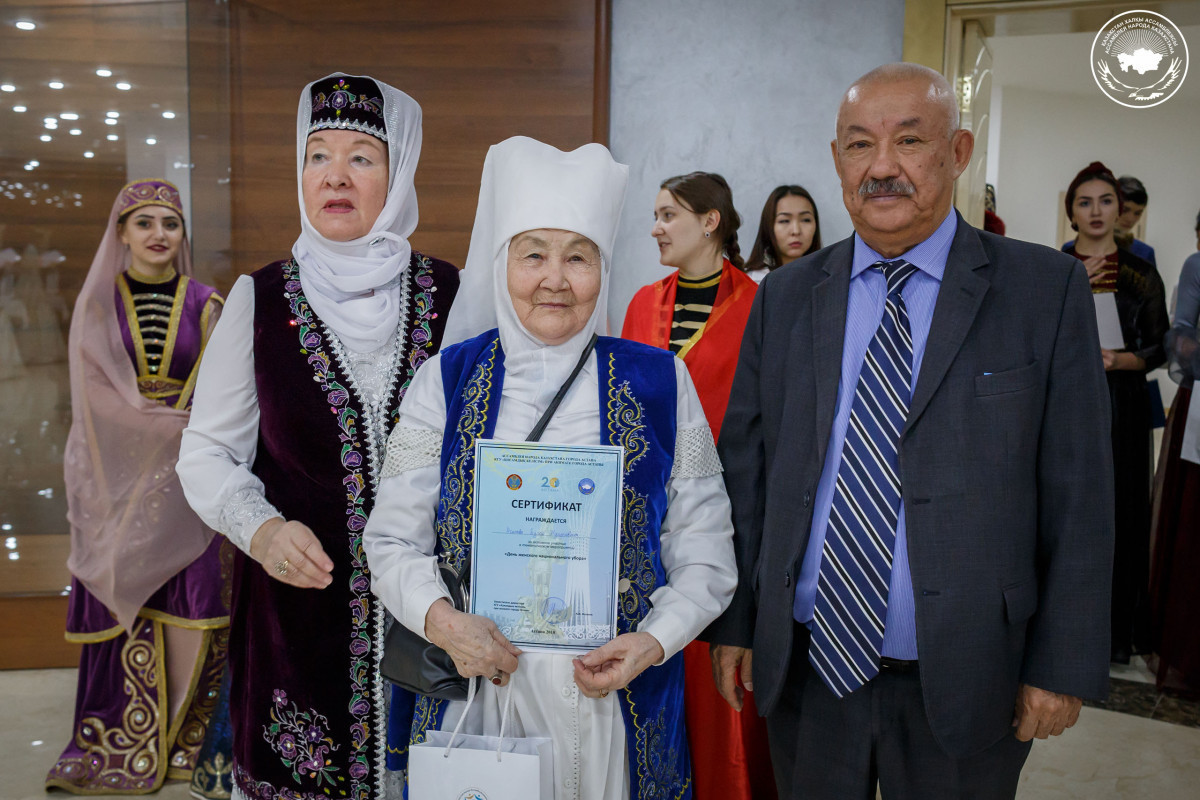 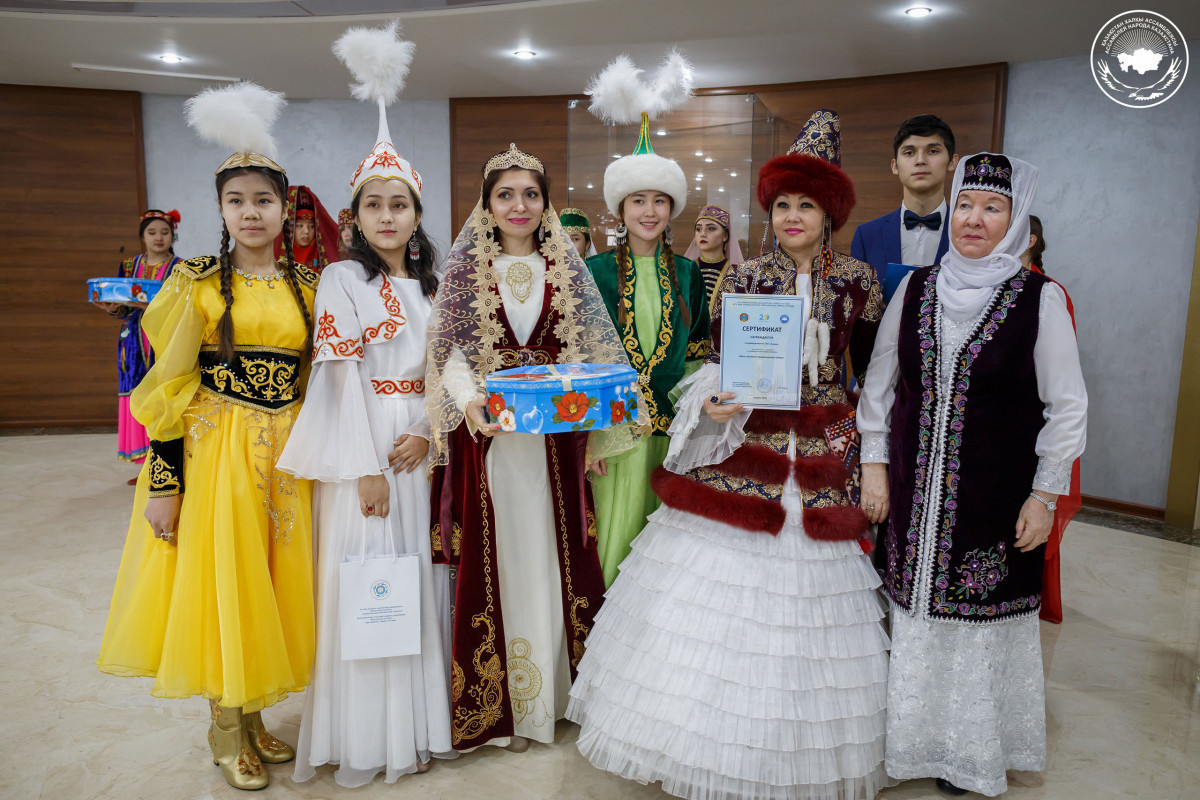