The Mediation Centre was opened at Turan-Astana University within the framework of the Memorandum of Cooperation concluded between University and the Assembly of people of Kazakhstan.

As it is known, the document was signed in August 2018 in the framework of the national training seminar "The role of mediation in ensuring the constitutional rights of citizens.

The President of the Republic of Kazakhstan, Nursultan Nazarbayev, in his speech repeatedly emphasized that the development of a network of mediators has strengthened the legal culture and legal consciousness in society. 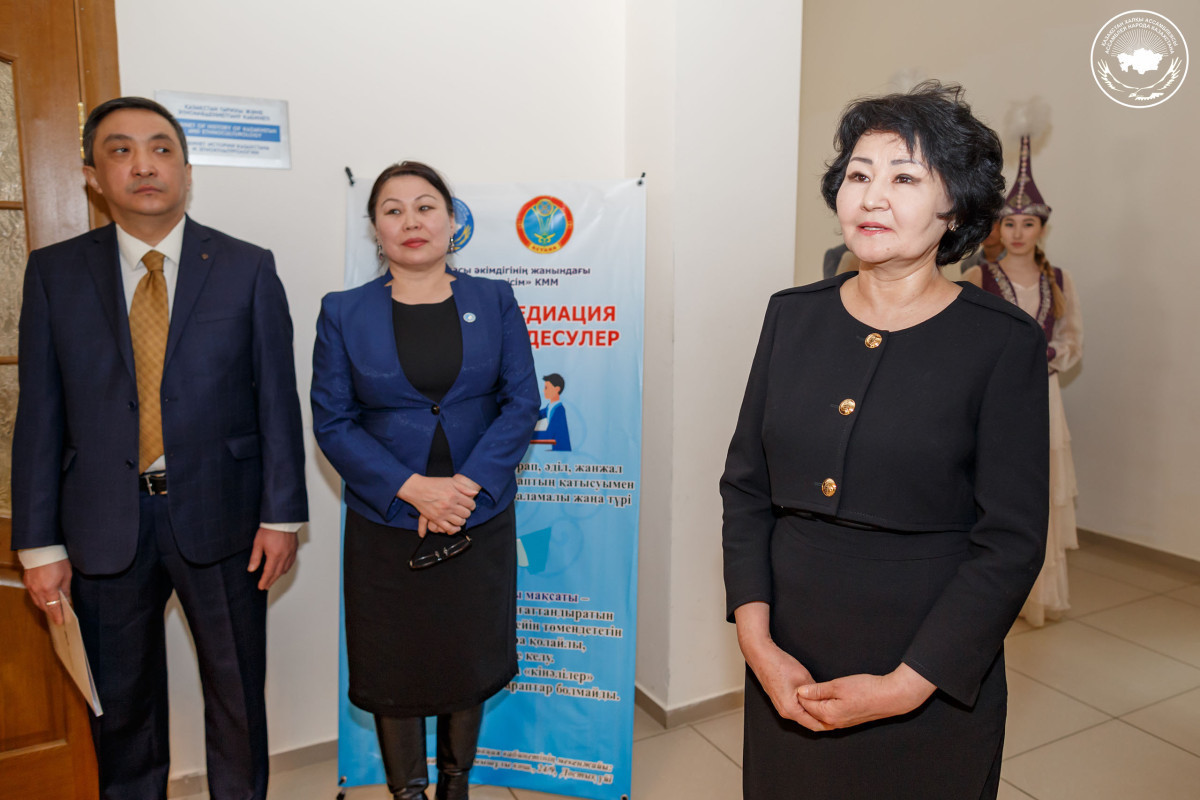 The rector of Turan-Astana University, Candidate of Economic Sciences, Professor Gulzhamal Japarova, noted that the mediation center, which will provide an opportunity to appeal to the assistance of mediators in the resolution of disputes and reconciliation, opens in light of the implementation of tasks set by the Head of State in the Plan of the Nation on the development of alternative methods of conflict resolution, and within the signed memorandum between the Assembly of people of Kazakhstan and the University.

"The creation of this center is another step towards making the world around us even more intelligent, wiser and kinder," the university rector said in her welcoming speech.

According to her, the Center will contribute to the implementation of educational programs and training of professional mediators. It will also be a good example for students to practice. The centre's motto is "Make up is better than ligitating".

"The Centre will make every effort to maintain harmony and prevent conflict situations in society. We all have a common goal - to educate the younger generation to be worthy citizens of our republic," Gulzhamal Japarova said. 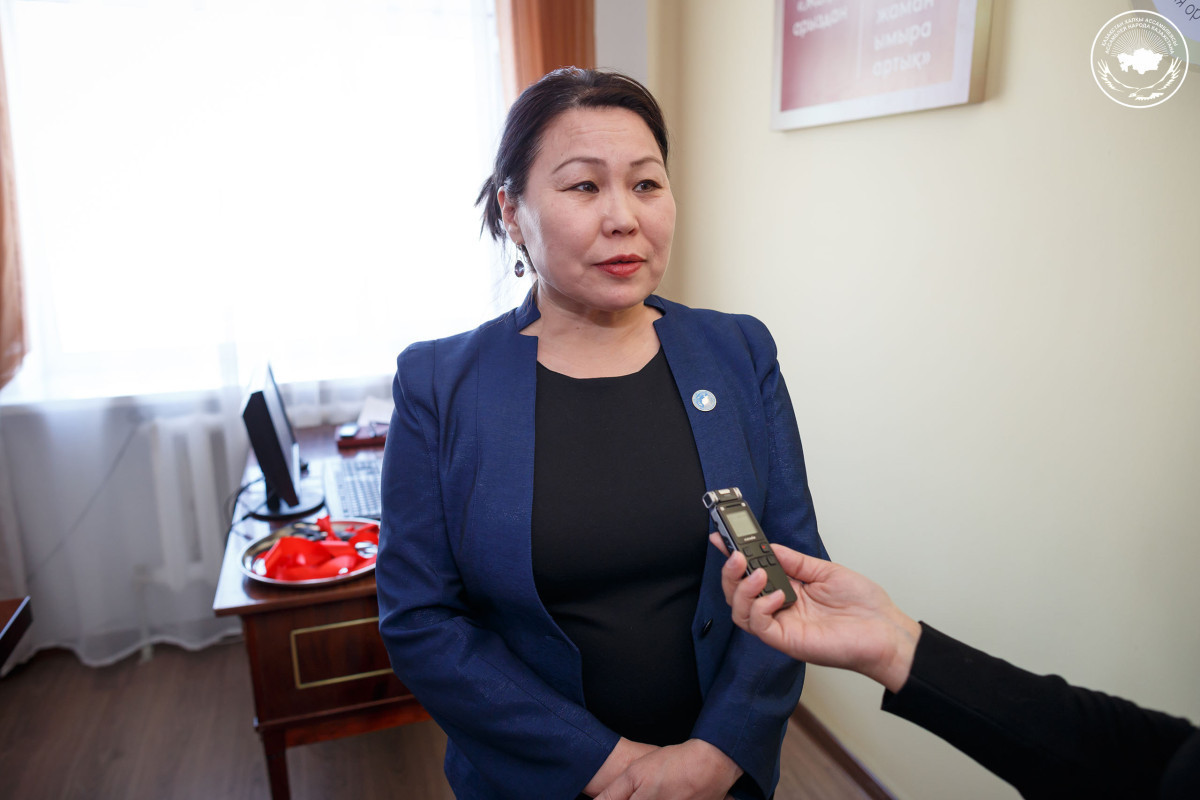 The chief expert of the mediation and international cooperation sector of "Kogamdyk kelisim" RPI under the President of the Republic of Kazakhstan Talshyn Italiyeva said that the memorandum signed between the university and the Assembly provides for the development of mediation in the youth environment, education, and since the year 2019 is designated by the President as the Year of Youth, this topic is very relevant today.

"In 2011, the Law of the Republic of Kazakhstan "On Mediation" was adopted, and in 2016, the Head of State designated mediation as one of the main directions of the Assembly of people of Kazakhstan. Since then, the Assembly has been actively working on the development of mediation," the speaker reminded.

According to her, there will be duty mediators in the mediation room, as well as a head of the cabinet appointed by the Assembly.

"Our task is to enter the TOP 30 ranking of the best countries in the world with high human potential and high income level. We have to develop democracy, and each person has his or her own opinion and views, which, of course, do not coincide ... and can lead to disputes. But the question is how to resolve them. It is in this direction that mediation will develop in order to resolve situations peacefully.

Mediation is a culture of relations, and it is necessary to learn to understand each other correctly and to treat each other's opinions in a friendly way," said T. Italiyeva. 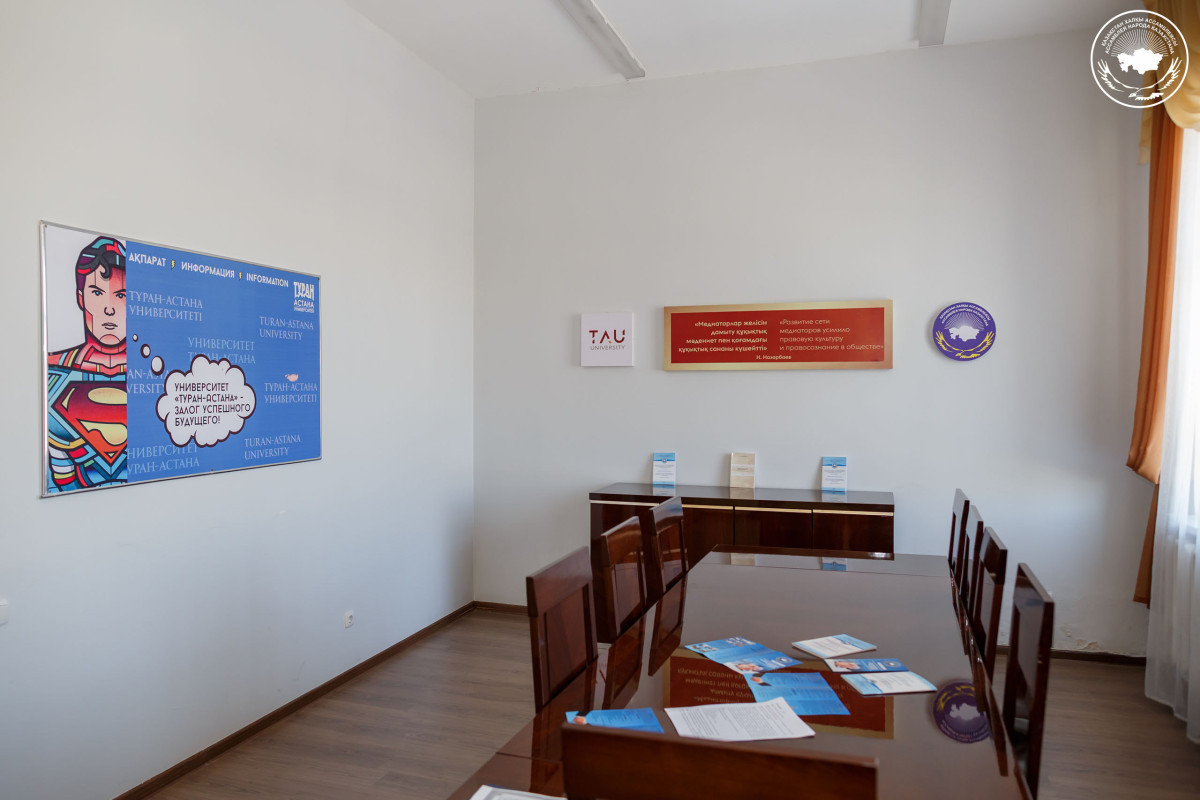 As part of the further development of the university, the speaker concluded that it is planned to create a Mediation Council among students to act as mediators themselves, and that the opening of the office will help to teach students basic mediation skills.

se, or distribution requires written or oral permission from the Board of Editors or the author. Hyperlink to Assembly of People of Kazakstan portal is necessary. All rights reserved by the Law RK “On author’s rights and related rights”.  To request authorization email to ank_portal@assembly.kz.