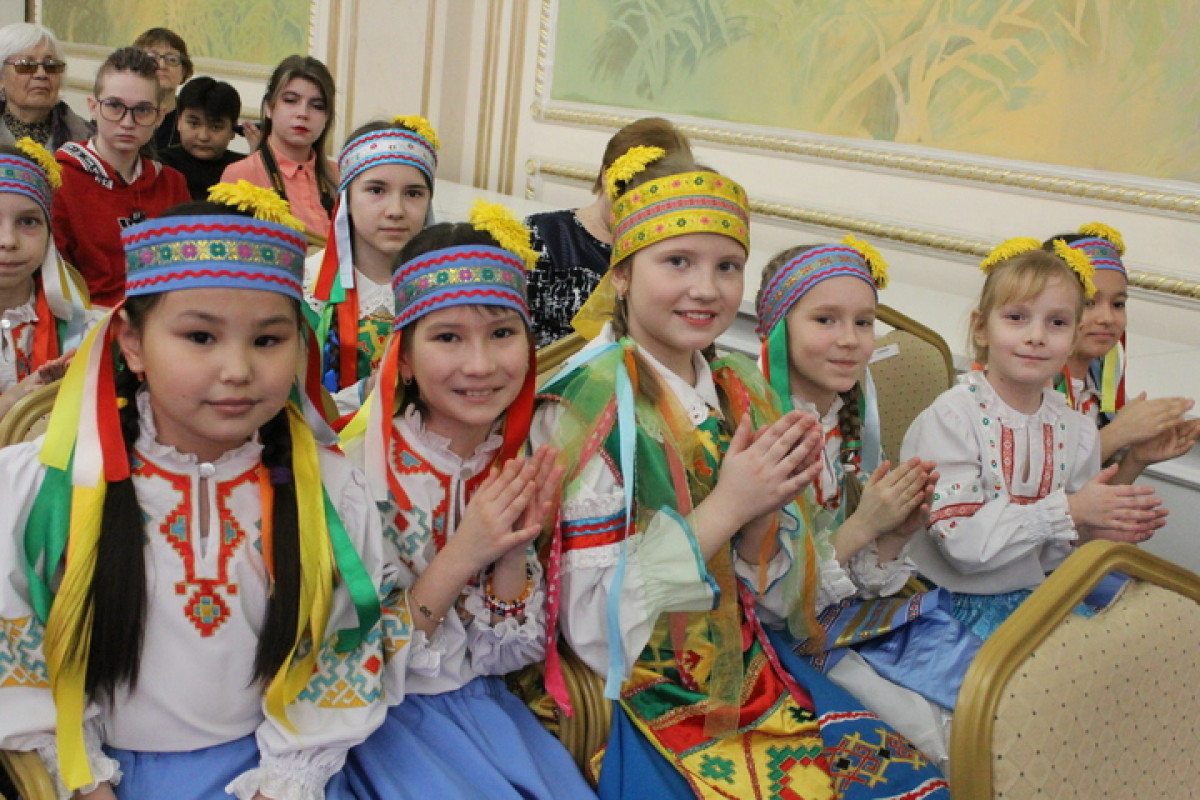 Historically Kazakh land has become home to many ethnic groups. One of the major ethnos in Kazakhstan is the Russians. According to last year's statistics, they make up 19.96% of the total population.

Most of them live in North-Kazakhstan and Kostanay regions, and this is not surprising, as these regions are the closest to a Russian neighbor. Thanks to the associations that are created for the development of culture, people of different nationalities keep and do not forget their traditions.

In Kazakhstan there is ‘Slavonic Cultural Centre’ public association, that has been established in 1996. 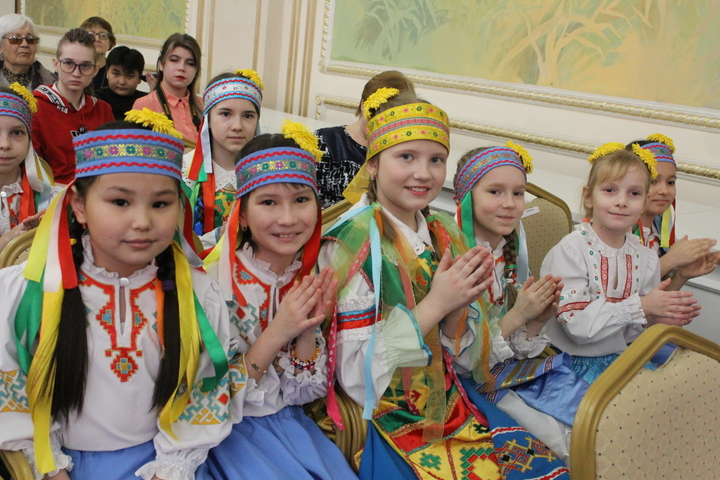 Tatiana Ivanovna has been the head of the centre since its foundation. She has created and united around the Center many creative groups and clubs of interest. While working as an artistic director of the Regional Philharmonic Association, she carried out a lot of public work among the population. She conducted a large number of charity concerts in nursing homes, orphanages and for the participants of the Great Patriotic War. Tatyana Ivanovna was the initiator of the creation of the Youth Association at the Center, which now has several youth structures. As a musicologist and head of the Music Lecture Hall, she carries out a lot of enlightenment work among the population, and has twice taken advanced training courses in Moscow. On competition of musicologists in Kazakhstan, conducted by musical society, has received a rank of the Laureate of Republican competition of musicologists, has certification of the lecturer-musicologist of the highest category. Her creative activity is noted by numerous certificates and medals of the Republic of Kazakhstan.

Tatiana Ivanovna told about the activities of the association.

"Dance and vocal creative groups are currently operating in the center. All these groups are active participants and organizers of the traditional Day of Russia, which the center annually holds in the city park. From the very beginning a lot of work in the Centre is done by the Youth Council. The Slavonic Centre has united a significant part of the region's population.”

As the Head of the association noted, the organization works closely with the Russian Ministry of Foreign Affairs and the Russian Embassy.

"The Centre's board is always aware of all legislative changes and additions, has the opportunity to send children to Russian recreation camps, war veterans to Russian sanatoriums, and teachers from schools in the region with Russian language training to Omsk for advanced training courses (the Centre is part of the Association of Russian School Teachers of Kazakhstan). The Russian government has donated a large number of methodological literature on various subjects, and it was handed over to schools that work closely with the centre.

The Board of the Centre has established ties with compatriots from near and far abroad, exchanging letters, information and work plans with them.

The centre worthily represents Russian culture, bringing a considerable contribution to consolidation of people of Kazakhstan.

Originally the vocal ensemble at the center was created on the basis of Russian branch of School of national revival with five people in 2007. The aim of the ensemble is to promote the Russian song at all kinds of events, representing the public association. E. Palevkina, a professional teacher, became the leader of the ensemble in 2009. She united the young people, taught them to sing songs in a short time, which aroused the interest of the Assembly leadership. The collective became coveted at all events, festivals and competitions of regional and city scale. Palevkina teaches youth and teenage group of children of Russian class to sing Russian folk songs as it was accepted in Russia. Today this collective meets all notable visitors of the city and region, singing songs of Russian people that always causes interest of foreign delegations. The ensemble has managed to win recognition and respect, and in youth holidays it received the highest estimation of the peers, weaving in a song national wreath of friendship of youth of the region.

The public organization has own youth association as well, it gathered its first conference on November 9, 2002. The idea of holding such a conference had been ripe for a long time: nine youth associations had been working in the center by that time, the city youth visited all the events with pleasure, the guys felt more and more the need to self-determine themselves in order to feel equal, capable of independently solving their problems by the members. The conference was attended by delegates and heads of all youth clubs of the center, active members, who have already shown themselves at the organization of those or events, only a hundred people. Of course, among the invitees there was also a council of elders of the center, and members of the board.

Over the years, the centre has done a great deal of work to promote inter-ethnic harmony, peace and friendship in the region, as well as the development of democratic society and the formation of a tolerant environment among young people. For the work the youth association was repeatedly awarded with letters of commendation, diplomas and letters of thanks of the centre and regional secretariat of Kazakhstan People’s Assembly.

Many clubs, study groups, studios and sections on interests began to work, all who came to us with any ideas and potential, received here a place and remained in the centre. Now there are no kettlebells in the centre, no consulting service for traveling to Russia, no Sunday school for Bible study and no mercy service, which received personal belongings from people who left the city and took them to mercy homes, disabled people and the elderly in towns and villages of the region. All others work in the House of Friendship and its concert hall. Five years ago the Ministry of Foreign Affairs of Russia recognized the centre as the largest public association in the post-Soviet space promoting Russian culture: at that time, we worked in 28 directions, including ten youth. This was a very high appreciation of our work. I remember that in the first years of the centre’s existence I was included in the Board of Trustees for the construction of the Annunciation Cathedral.

"I proudly wear a medal to the Decade of the Assembly of People of Kazakhstan and Pushkin medal, which I was awarded by the Russian government for all the festivals of Slavonic culture, writing and various competitions held by us.

Our people and the entire Assembly remain a wonderful example of self-identity and peaceful coexistence in one society. We help our state to keep stability, consent and unity, to withstand all historical tests, therefore we will continue to proudly call each of us Russian, Kazakh, Jewish, Tatar and so on. We will continue to live on this land, and so will our children. They will speak their native language here, because together with Kazakhs Russians saved this land for themselves, and Kazakhs in their turn gave shelter on their land to many peoples. So let's respect each other and build friendly relations within our state, as well as between Kazakhstan and its neighbors!" Head of the Centre concluded.

Subscribe to our Telegram channel and be the first to know the news!
Next news
Brief History of Labor Day
Photo day
Kazakhstan to create its own test site for cars