Chairman of the Kazakh-Russian Friendship Association, head of the international fund "Eurasian Dialogue" Aizhan Tuzelbekova spoke about the implementation of the project “Vahta pamyati” "Watch of Memory".

Aizhan Tuzelbekova, who lives in Ivanovo, together with the Kazakh Embassy in Russia, the World Association of Kazakhs (WAC) and the Assembly of people of Kazakhstan is implementing the project "Watch of Memory" in Ivanovo region. According to her, now we have found a list of 37 Kazakh soldiers who died during the Second World War in hospitals in Shui, Ivanovo region. The city is 300 km from Moscow. During the war it housed 11 evacuation hospitals. In spite of the fact that doctors of the highest qualification worked in them, nevertheless, not everyone could be saved. 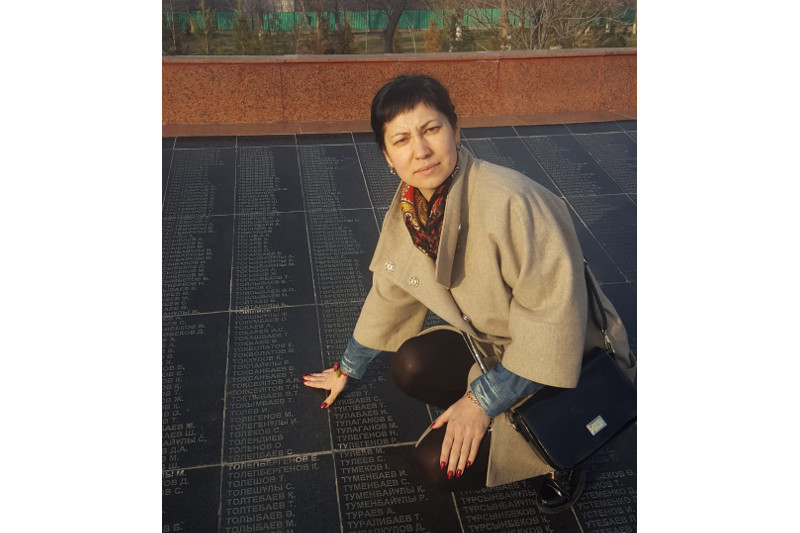 "In the military commissariat of Shuya and Shui district a list of 37 Kazakh soldiers who died of wounds and illnesses in the hospitals of the city was compiled. The main cause of death indicated in the certificate, tuberculosis, this disease killed 28 people. Two died of dystrophy, two of them from bullet and shrapnel wounds. 36 of the 37 soldiers were privates and one was a junior sergeant. The places from which the soldiers were drafted were indicated in different ways in the documents. Somewhere the Kazakh SSR was mentioned, in some cases the following areas were mentioned: Almaty, Aktobe, Semipalatinsk, Kostanai. Kazakh soldiers were buried at Troitsky and Voznesensky cemeteries in Shui. We hope that there will be relatives of our compatriots and come to honor the memory of our grandfathers and great-grandfathers," said the interlocutor.

Aizhan Tuzelbekova reported why she decided to engage in social activities and wants to find the relatives of Kazakhstanis who died during the war in Russia. "My father is from Shymkent. He met my mother in Ivanovo. After they got married. After the collapse of the Soviet Union my parents stayed in Russia. We have five children in our family. My parents already have grandchildren and great-grandchildren. The theme of the war is very close to me, because my grandfather went missing in 1943. We are looking for, but so far there is no information about the place of death and burial of my grandfather. In Shymkent there is the Alley of Glory, where there is a record of my grandfather. And that's all we have so far," Aizhan Tuzelbekova said. What makes it harder to find is that the archives were rewritten several times at the time, Aizhan told. The letters were lost because of this, and the names and surnames were changed.