International scientific and practical seminar "Ethnicity and confessionalism in modern mentality: methodology and research" was held in the building of the Academy of Public Administration under the President of the Republic of Kazakhstan with the cooperation of the Assembly of people of Kazakhstan.

Vice-rector for Strategic Development, Research and International partnership of APA under the President of Kazakhstan, Professor, Doctor of Economic Sciences Aigul Kosherbayeva made a welcoming speech. She noted the importance of the seminar and hoped that the discussion would be fruitful. 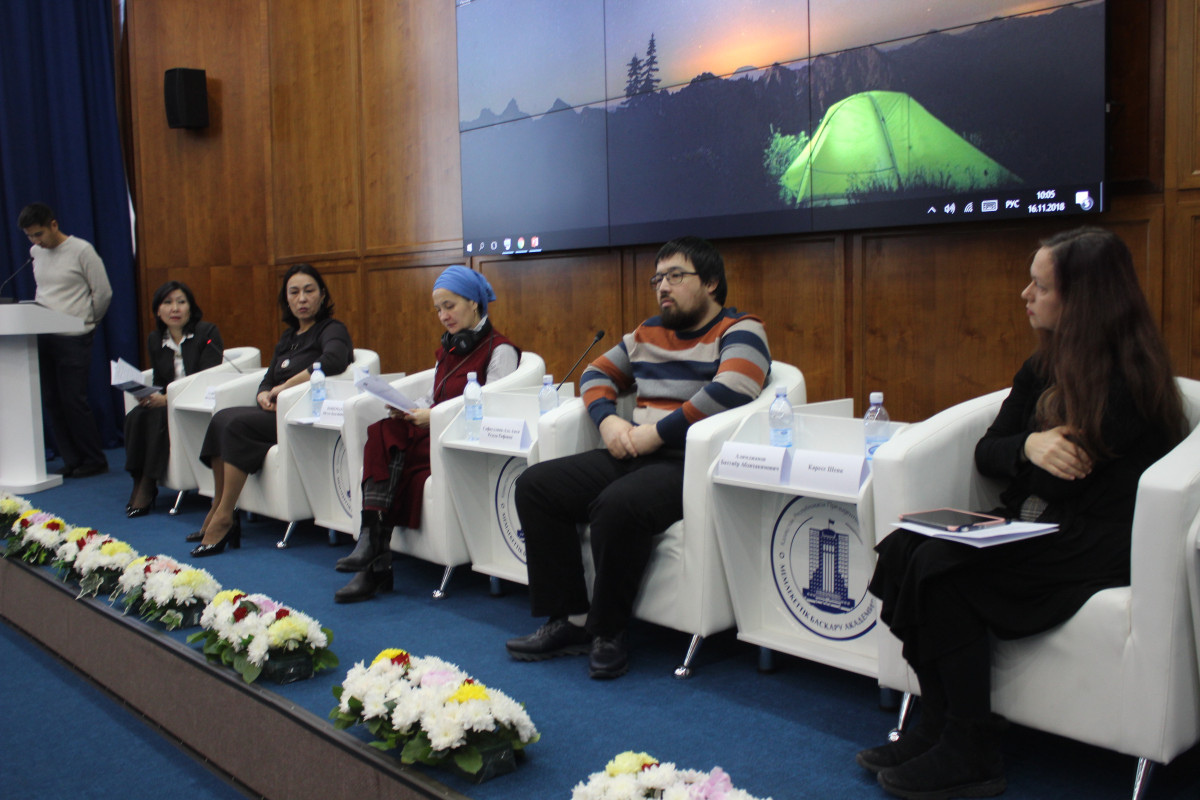 "It is important for us to provide such a platform and listen to everyone's opinion, and it is valuable. I hope that after returning to your regions, you will implement the recommendations received here on the ground," Aigul Kosherbayeva said.

During the seminar, Assistant Professor of Nazarbayev University Caress Schenk spoke about the logical mistakes that arise when talking about the relationship between migration and extremism, and how to avoid them. 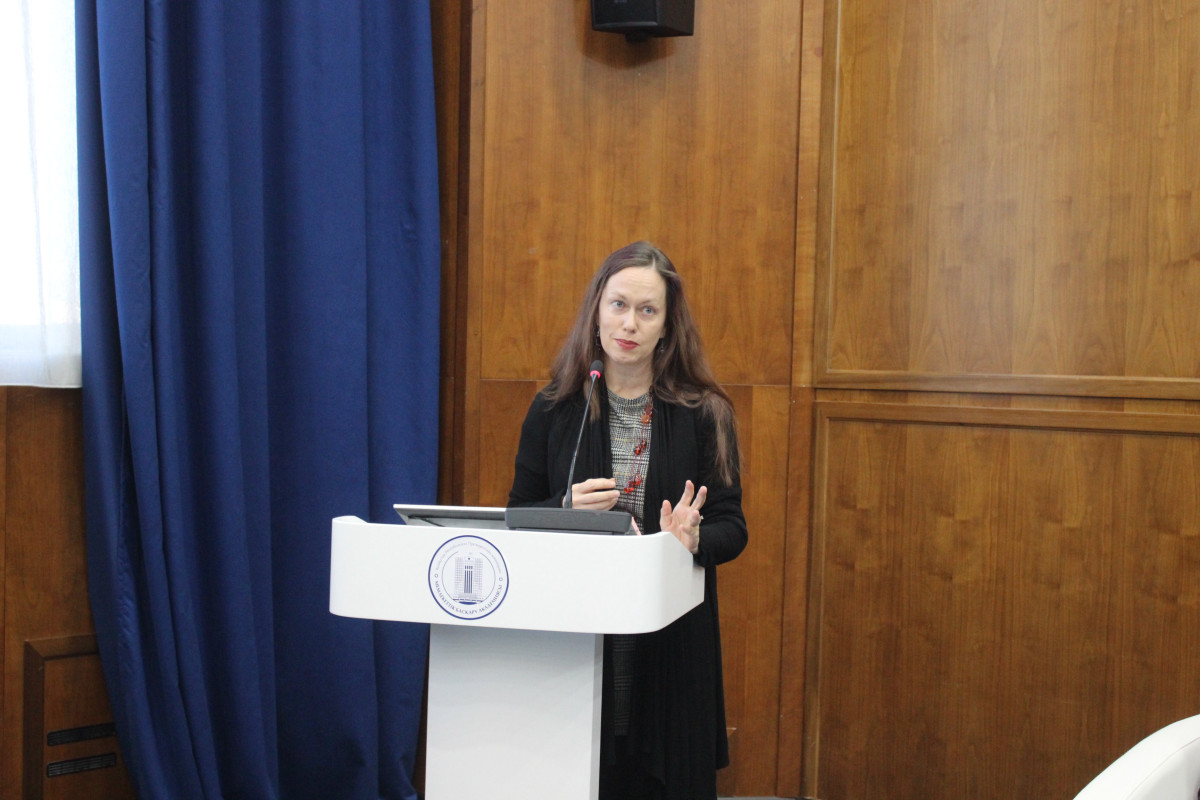 In the last few years, as Professor noted, much attention has been paid to these issues. However, in her opinion, it is more based on a logical error. The speaker highlighted that she specializes in migration and is not an expert in the field of extremism.

"Most people mistakenly believe that migrants are at risk of radicalization. Their argument is based on the opinion that among ISIS members are many immigrants from Central Asia, who are now fighting in Syria and other places. Most of these migrants were previously migrants in Russia or other countries, so migration is a "risk factor" for extremism. But this is the so-called “error of the base value”, Ms. Schenk said.

As the expert explained, errors of the base value is the fact when the phrase "ethnicity and conflict" or "migration and extremism" suggest the existence of a causal relationship. It is known from Kazakhstan's experience that ethnic and religious diversity does not lead to conflicts, and national identity itself can be based on different identities, that is, differences can unite people, not divide them.

"To prove this, we can refer to the work of political scientists Fearon and Laitin. Using demographic data from Africa, they examined tens of thousands of ethnicities that could have been in conflict for whatever reason. However, they found no evidence of violence, changes in state borders, or other evidence of conflict. Only 3 cases out of 1.000 were studied. In other words, conflict is not only a rarity, but also inter-ethnic consent and peace is the standard," the Professor explained.

To study the relationship between migration and extremism empirically, according to the speaker, we need to understand the "basics", that is, to study all the representatives of the ethnicities, who are migrants, not only those who have become radical.

"Migration is not the cause of radicalization. What factors are responsible for radicalization and violent extremism? There are many studies on this topic and many answers: the power of ideas, psychological factors, and economic incentives. The answers are often very complex, but they demonstrate that extremism and radicalization are not mass phenomena. Many people are poor, destitute, many live in authoritarian states, but this does not force them to turn to extremism. Extreme behavior, by definition and by nature, is a rare phenomenon. Only a small proportion of people are radicalized in these conditions. Therefore, we cannot turn to such a mass phenomenon as immigration, for an explanation of the behavior of a small group of people," said the expert. 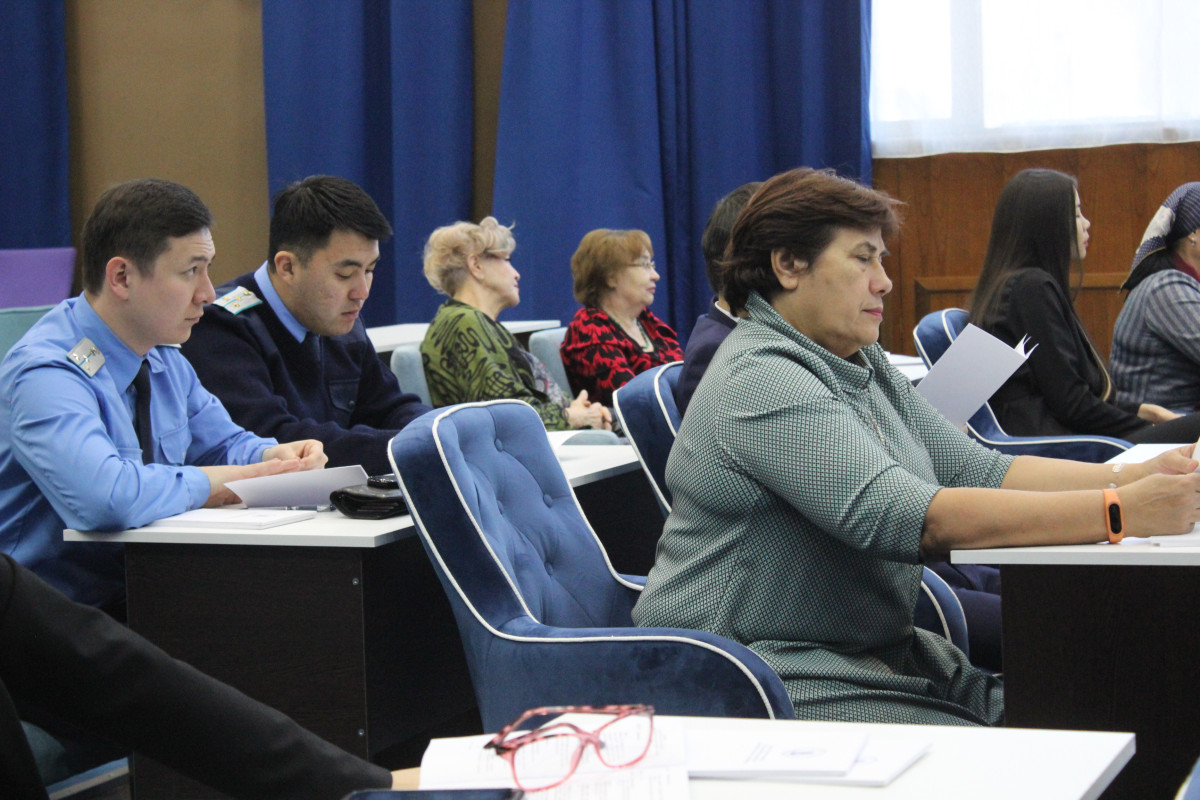 The issue of modern national identity of the people of Central Asia, based on the premise that the issue of identity at the present historical stage in Central Asia is poorly dependent on the state ideology and scientific structures of the academic world, the independent researcher, representative of the University of International Economics and Diplomacy, Candidate of Historical Sciences (Tashkent, Uzbekistan) Bakhtiyor Alimdzhanov tried to explain.

"The main reason for the relative independence of the concept of identity in the modern society of Central Asia is due to the economic and political weakness of government structures. It, in turn, generates neo-traditionalism, which in our understanding means the relative closeness of social groups less affected by the influence of state structures on everyday life and culture," the researcher said.

Neotraditionalism generates its own culture and economy, the speaker said, and social ties in society are broken, giving rise to cultural regionalism and "nationalism". He pointed out that the modern neotraditionalist society of Central Asia is difficult to define, as it is mosaic and heterogeneous in nature, and is complicated by the "fragmentation" of consciousness caused by the processes of modernization.

"Identities, state and national, confessional and tribal (local) coexist, and it is impossible to study them in isolation from each other, as well as to" oppose " their ungrateful work.

"Mixing" of these identities is the "mosaicity" of the worldview of the modern inhabitants of the former Soviet republics of Central Asia", concluded Bakhtiyor Alimjanov.

Senior researcher of the Resource center for the development of Islamic education, Institute of International relations of Kazan Federal University Rezeda Safiullina-Al Ansi introduced the experience of the Republic of Tatarstan in ethnicity and confessional in the seminar.

The expert in her presentation told about the positioning of Islam in the information space of Tatarstan, about the directions in the Islamic discourse of the country. In conclusion, she said that wisdom is "to pay tribute to diversity" and to find unity in it.

The seminar continued with a panel discussion "Ethnic and religious diversity as a response to the challenges of our time: new realities and scientific research".