The positive developments on Korean Peninsula give new impetus to the strategic dialogue within the framework of strengthening non-proliferation of nuclear weapons. Kazakhstan, as an active participant in the global movement for nuclear disarmament, welcomes the efforts aimed at bringing the positions of the parties together and to provide all possible assistance in this process. Expert dialogue and discussion on the future trajectory of the relationship between two Koreas is an integral part of the peace process and a contribution to peacebuilding.

He emphasized that Kazakhstan’s experience in nuclear dismantlement is significant to Korea. Being Korean who has faced North Korea’s nuclear ambitions, he has much appreciated the message that the Kazakh Government has continuously delivered to North Korea and the international community. 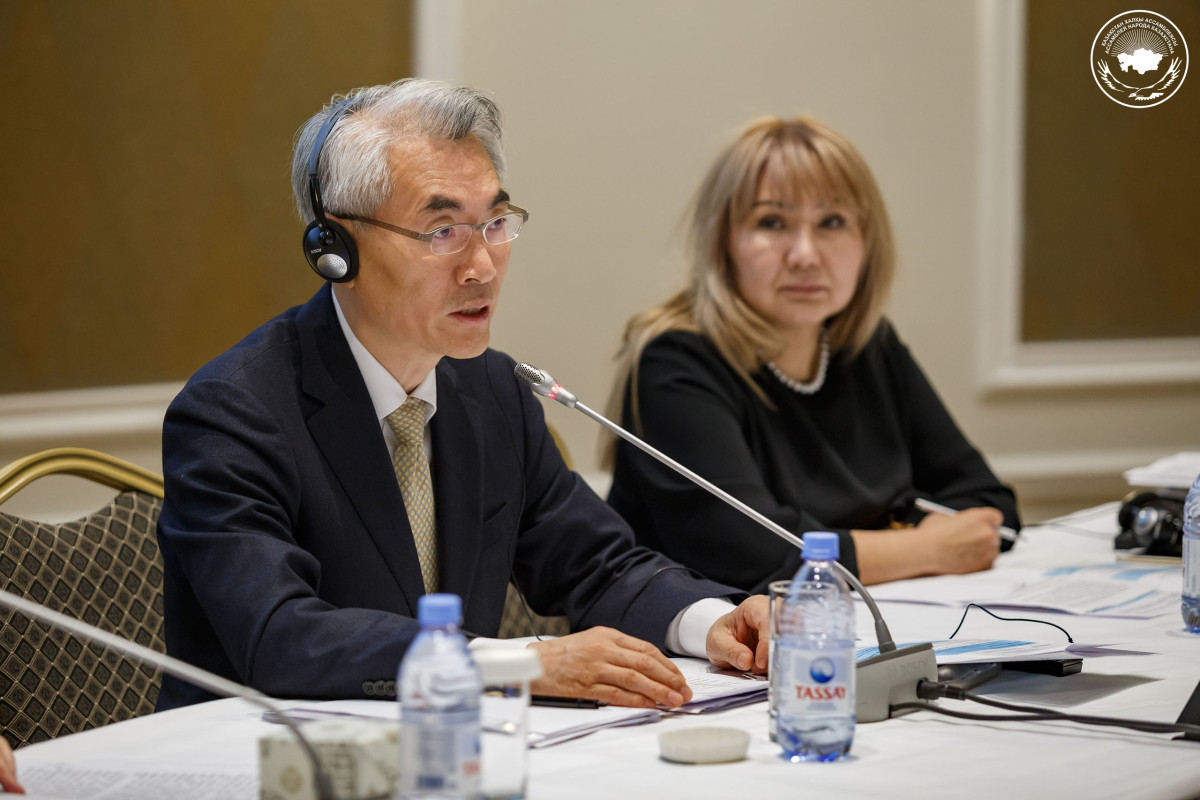 “We all know that in the process of the resolution of the North Korean nuclear issue, the phase of handling the dismantlement of their nuclear arsenals will come and we will have to manage this procedure well.

It will be perhaps one of the most important and difficult parts of the negotiations involved. However, fortunately we have an exceptional example for reference which President Nazarbayev and Kazakhstani Government have set for the peace and prosperity of the world.

Kazakhstan’s role for non-proliferation and its implications on the Korean peninsula is substantial”, — said Mr. Kim Daesik.

Chairman of the International Information Committee of Ministry of Foreign Affairs of the Republic of Kazakhstan Talgat Zhumagulov told about the position of Kazakhstan in the Korean peninsula. He emphasized that it was very important that a roundtable was organized in the modern world. Talgat Zhumagulov noted that Korea is a major investor, strategic and trade-economic partner for Kazakhstan. On September 27, Kairat Abdrakhmanov, Minister of Foreign Affairs, conveyed Kazakhstan's position at the UN Security Council session.

“I think that Kazakhstan believes that nuclear disarmament requires calm, step-by-step, mutual understanding. The current nuclear disarmament zone in Central Asia should also be settled in North-East Asia and Kazakhstan will support dialogue between two Koreas. It also welcomes the decision by the United States and the Republic of Korea to stop the regional military training. Kazakhstan intends to act in the process of nuclear disarmament by considering all countries' views", — said Chairman of the Committee.

The representative of the Ministry of Foreign Affairs said that they have plans to hold consultations between Kazakhstan and North Korea.

"The foreign ministries of Kazakhstan and Democratic People’s Republic of Korea have agreed to hold a joint meeting. In my opinion, Pyongyang is constructively prepared. Of course, negotiations between two countries will not be easy. We hope that the DPRK will support the negotiations and bring them to a level that will make real and stable decisions. It is important for the whole world”, — concluded Talgat Zhumagulov.

In the second session related to Kazakhstan’s role for the non-proliferation Ambassador of the Republic of Korea Mr. Kim Daesik said that it was exemplary in the recent world history that Kazakhstan had pursued national development through its denuclearization, giving up its status as the 4th largest power of nuclear arms.

“I believe that understanding the case of Kazakhstan’s experience is very important for the process of dismantling the North Korean nuclear arsenals.

To achieve a political decision, the security threat for decision-makers should be eliminated and confidence and trust among parties involved should be built. Moreover, the implementation and inspection processes also involve complicated political and technical measures.

Many international nuclear experts have mentioned that the political decision of a top leader or leaders is the core element for denuclearization. I believe that the advantages and disadvantages, including the costs and security threat elements, were taken into consideration for Kazakhstan’s decision. In other words, Kazakhstan when through the decision-making process regarding which path would be beneficial for its national development.

In that process, President Nazarbayev chose the absolutely reasonable path which was based on his vision and determination, allowing him to come to this strategic decision. Afterwards, Kazakhstan was able to draw in foreign investment, to develop its economy and to enhance its national image. Only a quarter after its independence, it has shown to the international community an exemplary path of national development.

In the same vein, we should deliver the strong message to North Korea, nuclear weapons are not a way for guaranteeing national security.

We need North Korea to know that having nuclear weapons costs it too much, while national economic development is possible through denuclearization.