On Monday, April 22, First President of Kazakhstan Nursultan Nazarbayev met with the President of the Republic of Korea Moon Jae In in Nur-Sultan, Kazakhstan.

During the meeting, N. Nazarbayev greeted the distinguished guest, emphasizing the effectiveness of economic and political cooperation between the two countries.

–I am pleased to welcome you to Kazakhstan. From the first days of our independence we have had good relations with South Korea. We built our economic and political cooperation from scratch. We highly appreciate your interest in Kazakhstan and Central Asia as a whole," said the First President of Kazakhstan. 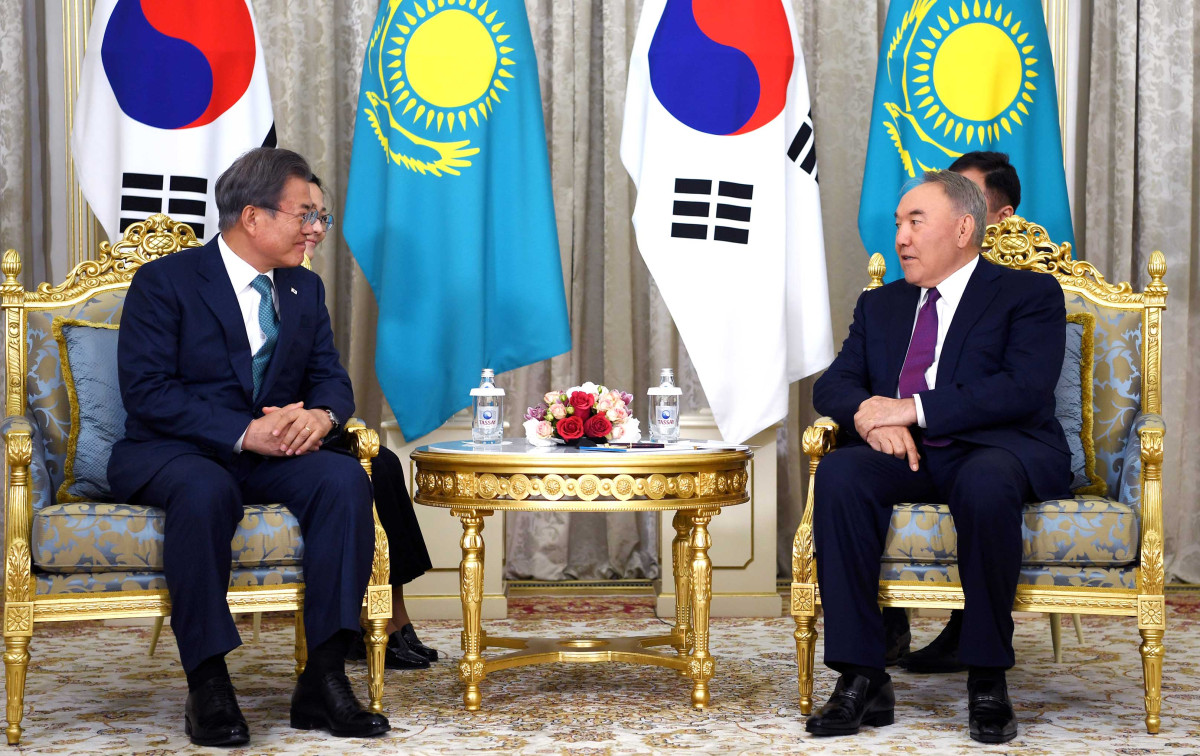 Nursultan Nazarbayev noted the importance of implementing the inter-Korean agreements reached between South Korea and the DPRK.

–You are dealing with a difficult issue - establishing peace and trust on the Korean peninsula. It is not easy, but it is a noble cause. We are ready to support your efforts in every possible way," said N. Nazarbayev. 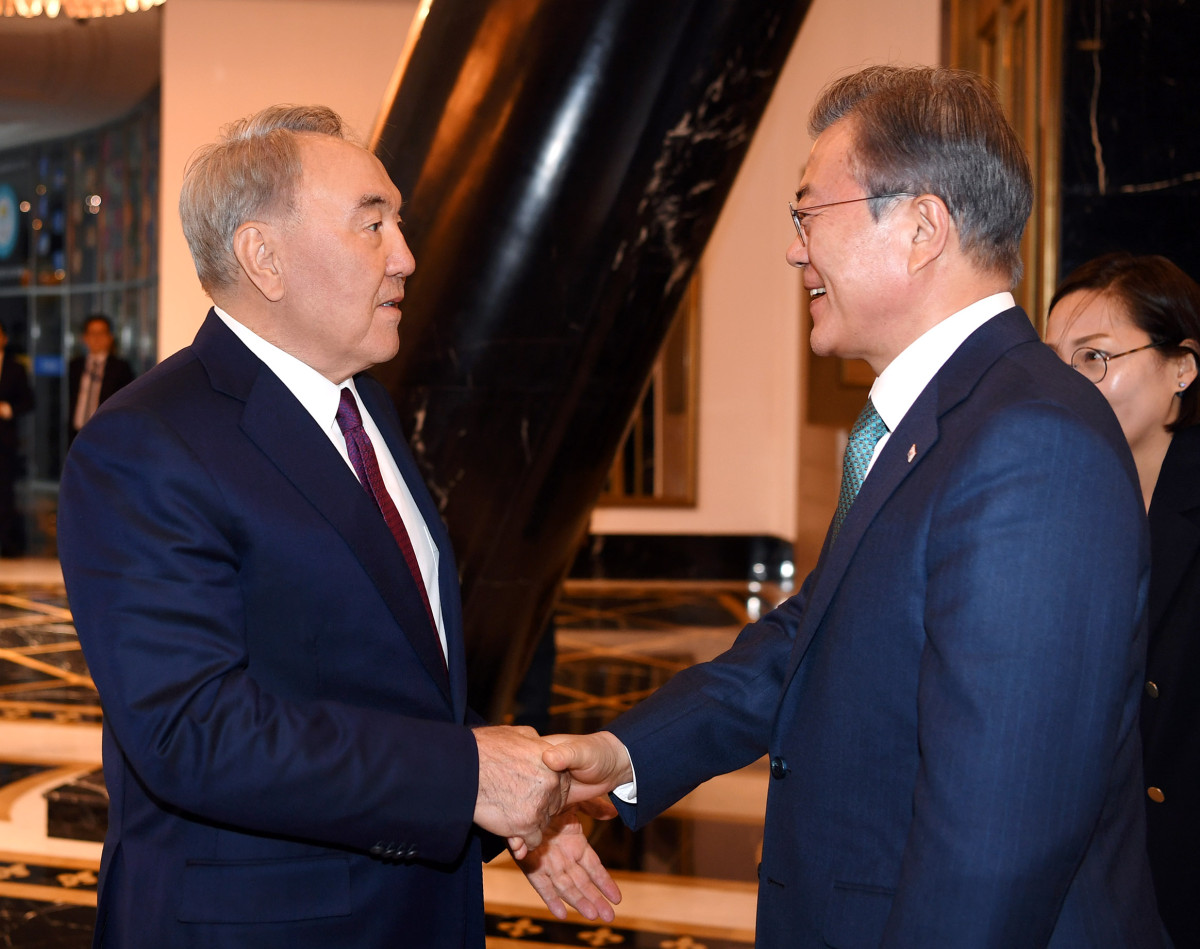 In turn, South Korean President thanked the First President of Kazakhstan for the meeting and noted that the current visit is important in the context of the development of bilateral relations.

- I remember how we met in the framework of ASEM Summit in Brussels. Then you invited me to visit Kazakhstan. I attach importance to this visit, as this year we are celebrating the 10th anniversary of the strategic partnership between our countries," said Moon Jae-In. The President of South Korea stressed in particular that all of Kazakhstan's success in economic development has been achieved thanks to the clear-sighted policy of Nursultan Nazarbayev. Moon Jae-In also noted Kazakhstan's policy of peace and accord, including in the field of nuclear disarmament and non-proliferation. At the end of the meeting, Yelbasy Nursultan Nazarbayev and the President of South Korea got acquainted with the exposition of the exhibition of the Library of the First President of the Republic of Kazakhstan.