Demonstration of a feature film "Leader’s way. Astana" was held in the House of friendship of Assembly of people of Kazakhstan in Uralsk.

The film is based on the history of construction of the capital of Kazakhstan - Astana. Events originate in July 1994, when in those difficult times of economic crisis and political instability the Leader of the nation Nursultan Nazarbayev puts forward a proposal to move the capital from Almaty to Akmola. But despite all the risks and contradictory opinions, overcoming doubts, criticism of skeptics and financial difficulties, it was decided to move the capital. And on June 10, 1998 the international presentation of the new capital of Kazakhstan – Astana took place. 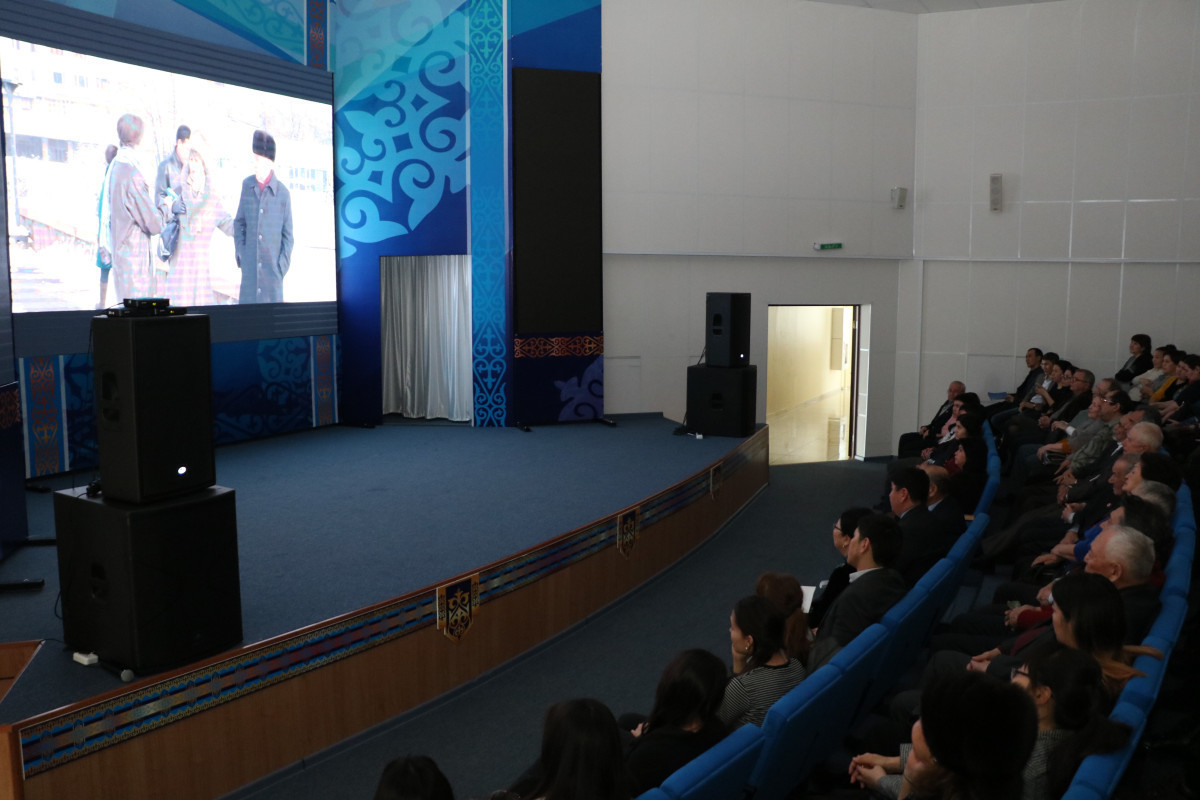 "Thanks to the wise policy of our First President Leader of the Nation, Nursultan Nazarbayev, we were able to create a modern, open society on the principles of democracy. When the President proposed to move the capital to Akmola, there were many who doubted the correctness of this step. Time has proved that the historic decision of the Head of State was the right one. Our country knows and honors the creative work and good initiatives of the President aimed at the benefit of our independence," said Deputy Chairman of APK WKR Gaisa Kapakov. "We, our generation, were just part of those events. In the 90's it was hard, we overcame various problems. Some people doubted that the transfer was possible in such a short time. Life has shown that the decision was made correctly. And today Astana is a unique and beautiful capital, a modern, dynamically developing city. Its history and destinies are inseparable from each other," says Bates Ismagulova, deputy chairman of the Council of Elders.

"Few people believed that the idea of one person could produce such a result - practically a huge city grew up in the bare steppe, which a decade later became one of the most famous and modern capitals of the world," said Ranil Sagitov, a member of the youth movement "Zhangyru Zholy" of APK WKR.