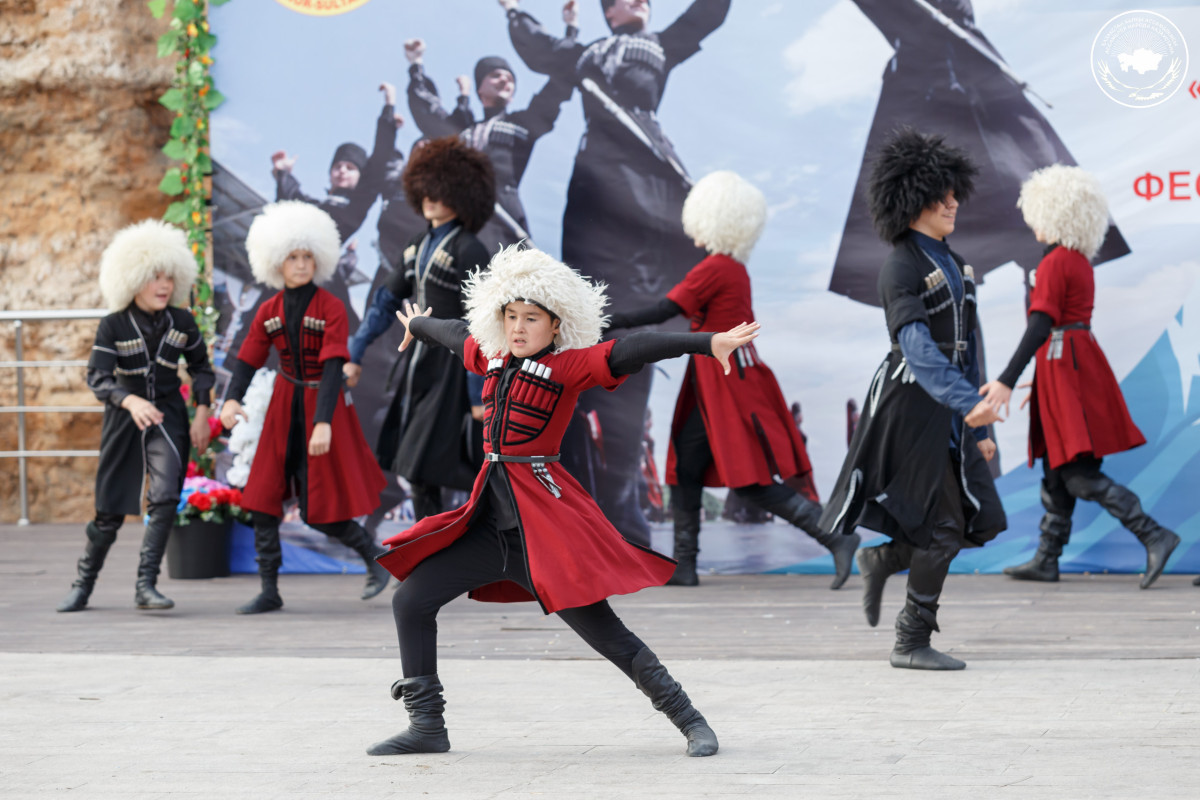 Bright dances, original culture and temperament. A festival of Caucasian culture took place in the capital's Zhetisu park. The event was held as part of "Ethnicity Day". 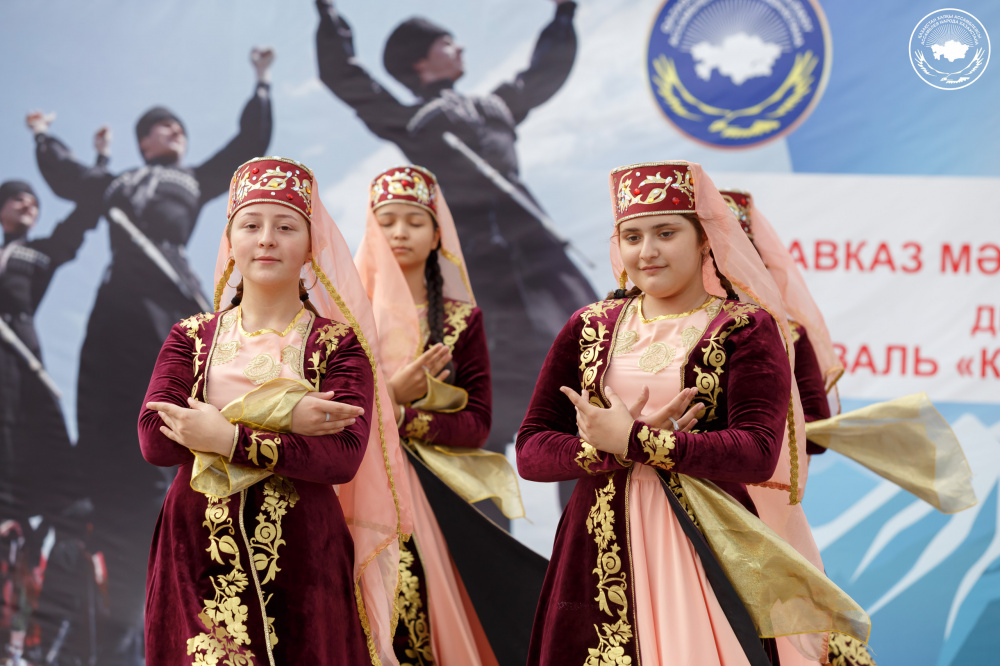 Guests and residents of the capital were completely immersed in the culture of the Caucasus for two hours. The concert and entertainment program was attended by the Azerbaijani Public Association "Khazar", the Armenian Cultural Center "VAN", the Georgian Public and Cultural Center "Kolkheti", the Chechen-Ingush Ethnocultural Center "Vainakh". 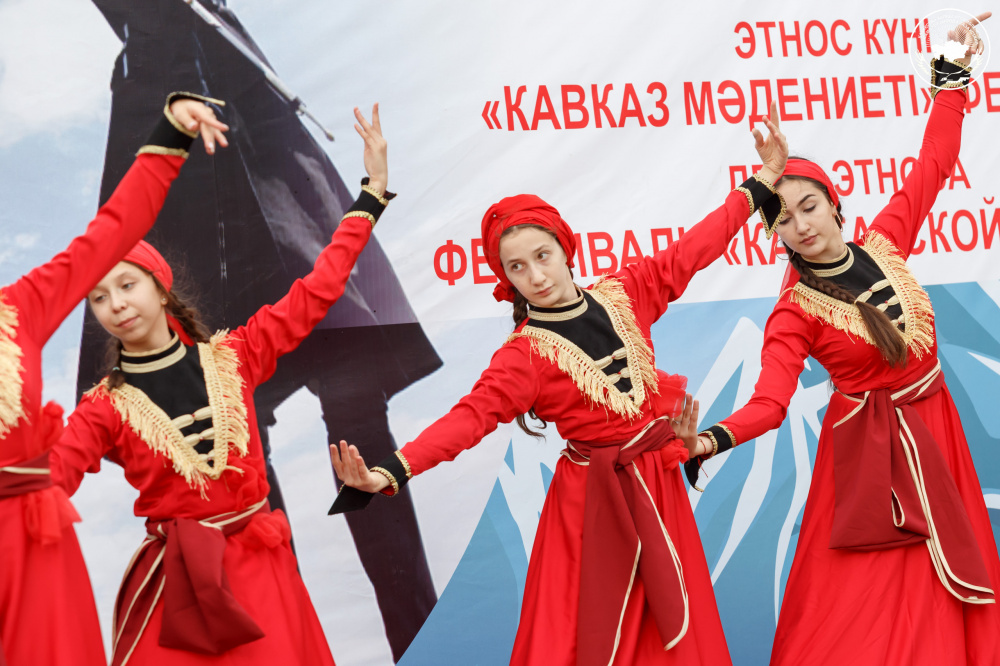 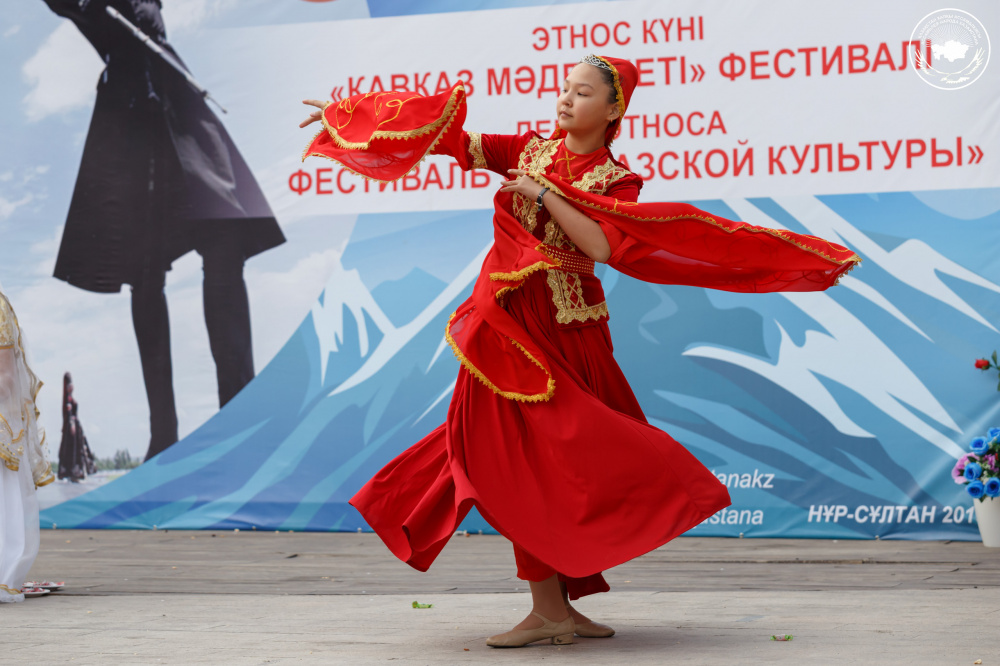 Caucasian people, like Kazakh people, have been famous since ancient times for their hospitality, loyalty to traditions and customs, as well as openness and friendliness. The dances of Caucasus people have a unique national flavour. The main feature of this year's event was that ethnocultural centres presented not only incendiary dance performances, but also performances of traditions and customs. 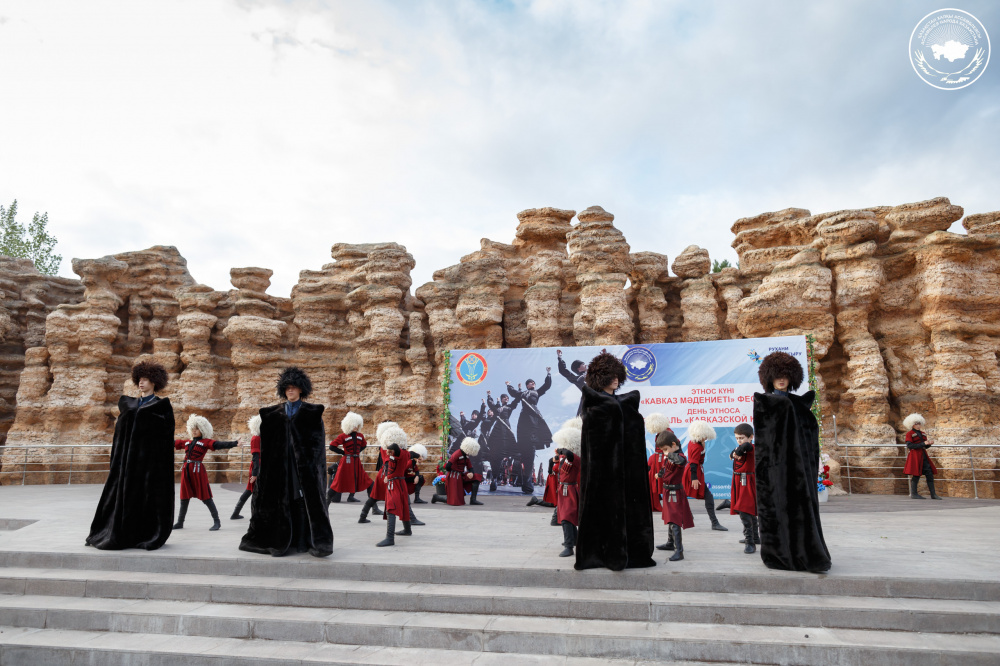 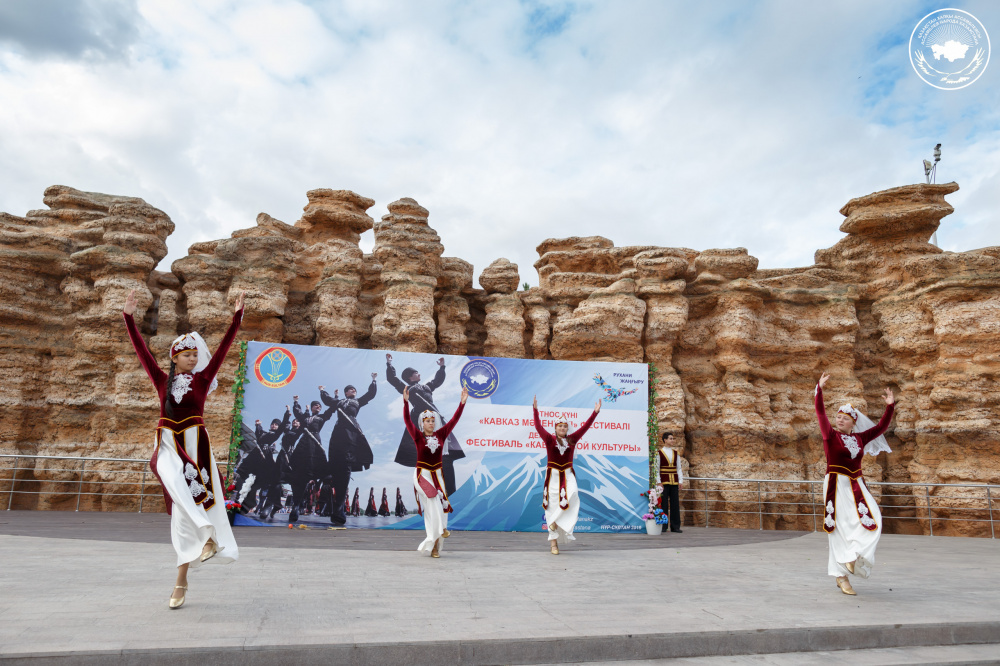 For example, the audience had the opportunity to get acquainted with the Armenian wedding ceremony "Meeting of the bride and groom". The Armenian Cultural Center demonstrated all the subtleties and peculiarities of marriage between two lovers. At the same time, the Armenian dance "Tavih", which reflects the history of the people, performed by the dance ensemble "Nairi", was presented. The representative of this ethnos sang the song "Sagyndym auylymdy". 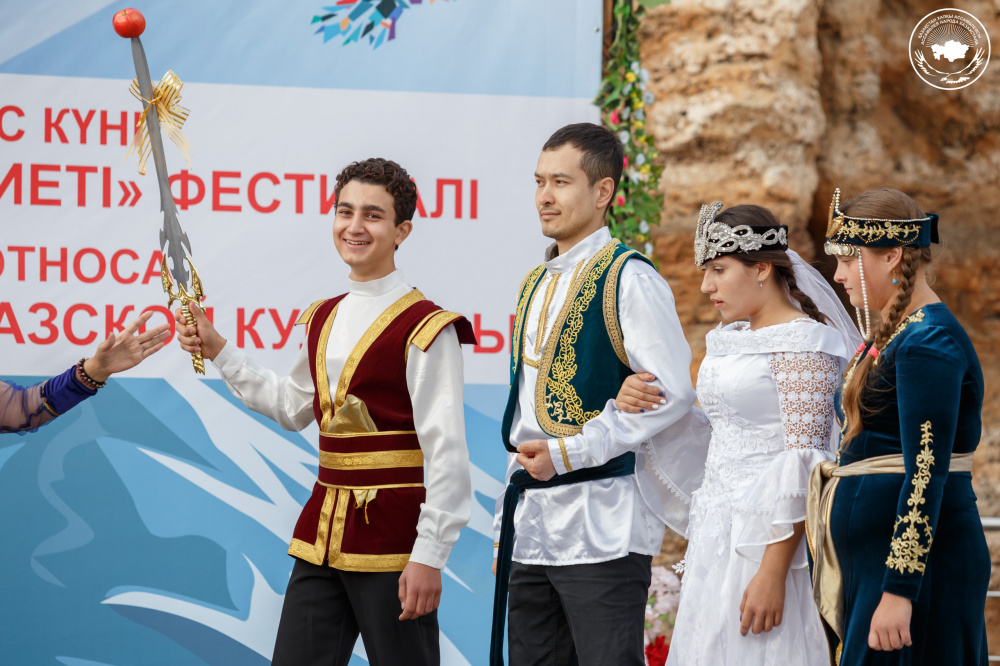 In the southern part of the Caucasus there is "Country of lights". This is exactly what Azerbaijan has been called since ancient times. Public association "Khazar" presented the national rite "Hna yahty", which literally means "anointing henna". According to tradition, the ritual is observed so that the bride realizes the end of the girl's life and the beginning of marriage. Also, the song "Dashly Gala" was performed by accompaniment of Azerbaijani Saz instrument and the dance "Oyna, Gulim, Oyna". 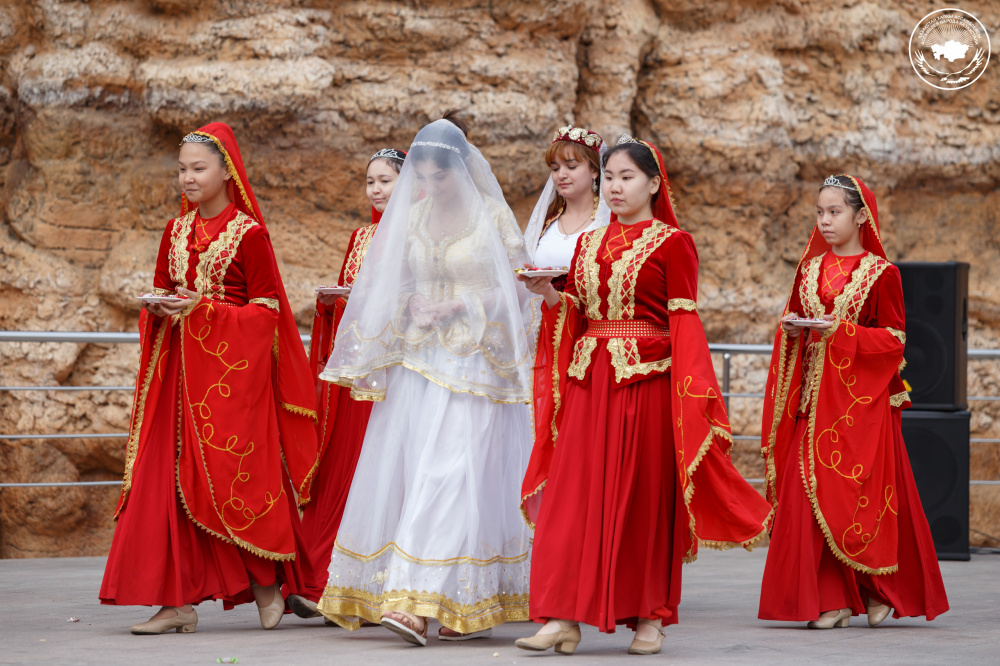 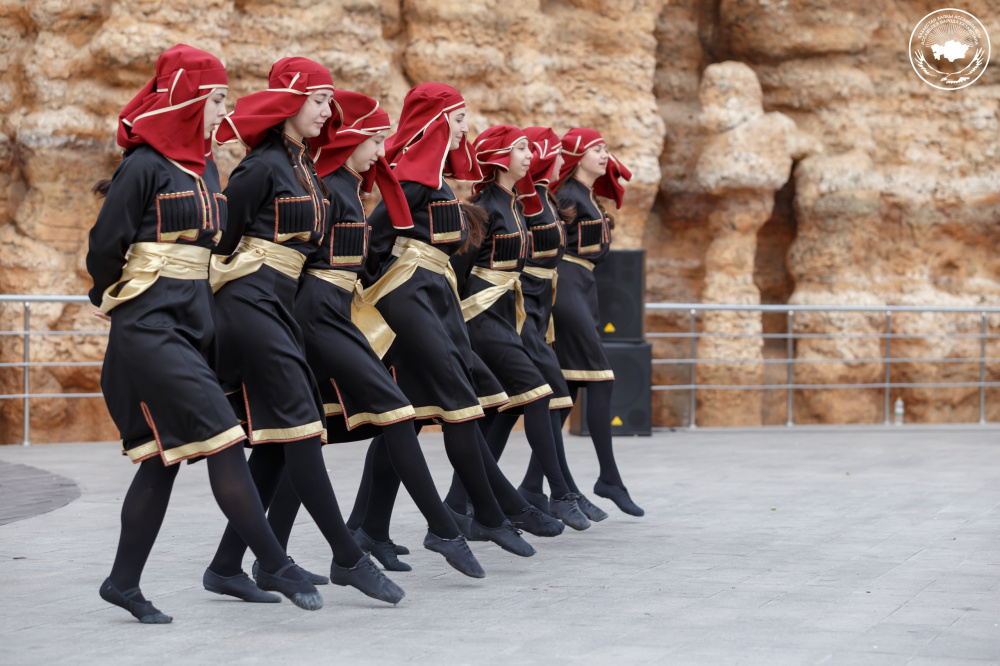 "Today we have an opportunity to present our culture within the framework of a single "Day of Ethnicity". More than 130 nationalities live in Kazakhstan. Each ethnos lives in friendship and accord. Our country is tolerant and united in this respect. Thanks to our Elbasy we have a unique opportunity to honor our culture, customs and traditions, to profess a free religion. Peaceful policy of the First President concerns every citizen of Kazakhstan. I am proud to be a Kazakhstani. 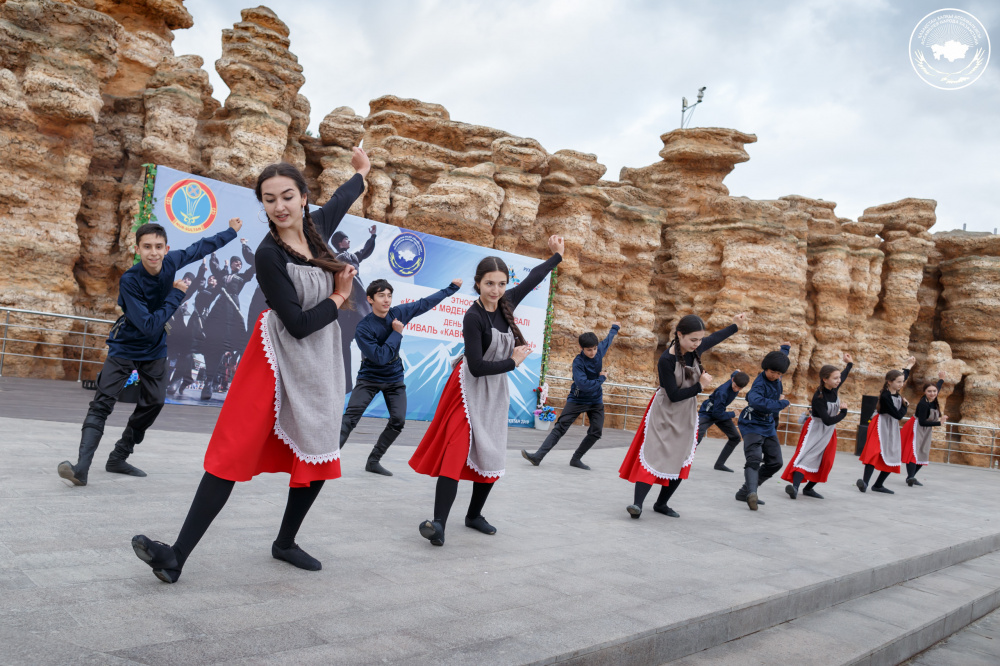 Many-voiced singing, long toasts - all this is associated with the Cartvelian people. "Guest is a messenger of God" Georgians say. They highly honor the guest in their home. According to national poetry of the Georgian people, hospitality is valued more than courage and skillful possession of weapons. The Georgian ethnos presented a famous song previously performed by Vakhtang Kikabidze "My Years are My Wealth" and well-known folklore "Suliko". 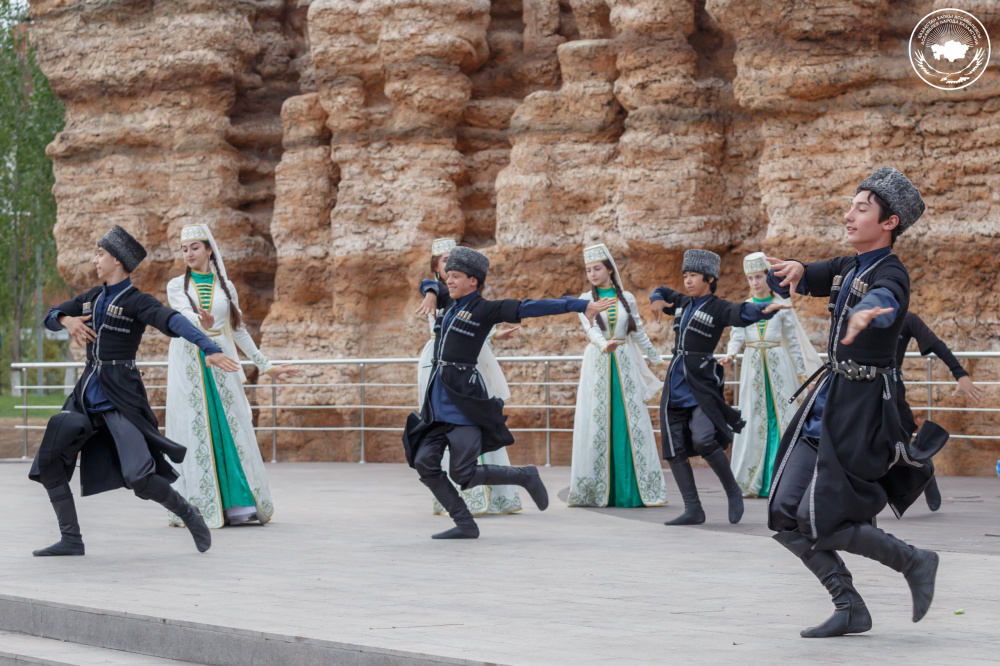 Many years ago Chechens and Ingush found a new home in the Kazakh steppe. If you are in Vainakh’s house, you will be fed and warmed. "The Vainakh people are own people," Chechens and Ingush say. The dance is known to reflect the soul of the people, their joys and feelings. The Chechen-Ingush ethnocultural center Vainakh presented a number of dance performances, sketches about traditions and culture. According to Salman Heroyev, a member of the Assembly of People of Kazakhstan, the creation of the ethno-cultural center made it possible to preserve the traditions and customs of different ethnic groups under a single shanyrak. 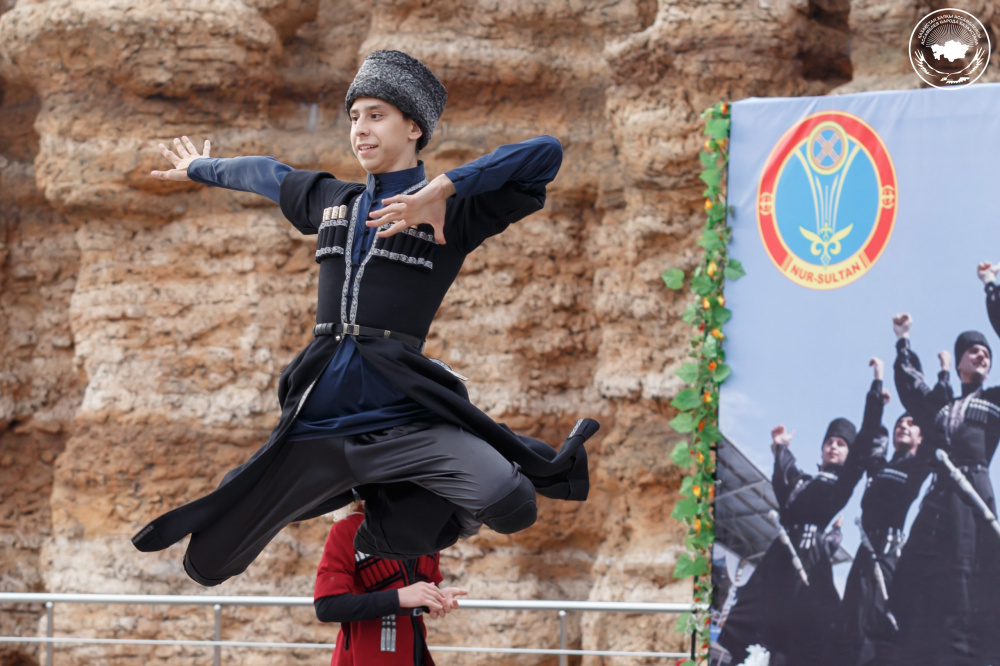 "After formation of our ethno-cultural association, we have created own dancing ensemble which has received a rank "National" twice and now we have 120 participants. Today is a great holiday for us. The organization of such events consolidates friendship between people and unites them. Stability for our society, including interethnic accord, is important. Many people were once deported to Kazakhstan. Thanks to the Kazakh people we were able to survive in the literal sense of the word. We will never forget the kindness of the sons and daughters of the Kazakh people. You know, in Ingushetia, several streets bear the names of prominent Kazakh figures Nursultan Nazarbayev, Dinmukhamed Kunayev and Olzhas Suleimenov. When Kazakhs come to our country, they are the most expensive guests. Gratitude to Kazakhstan is in the heart of every Ingush. 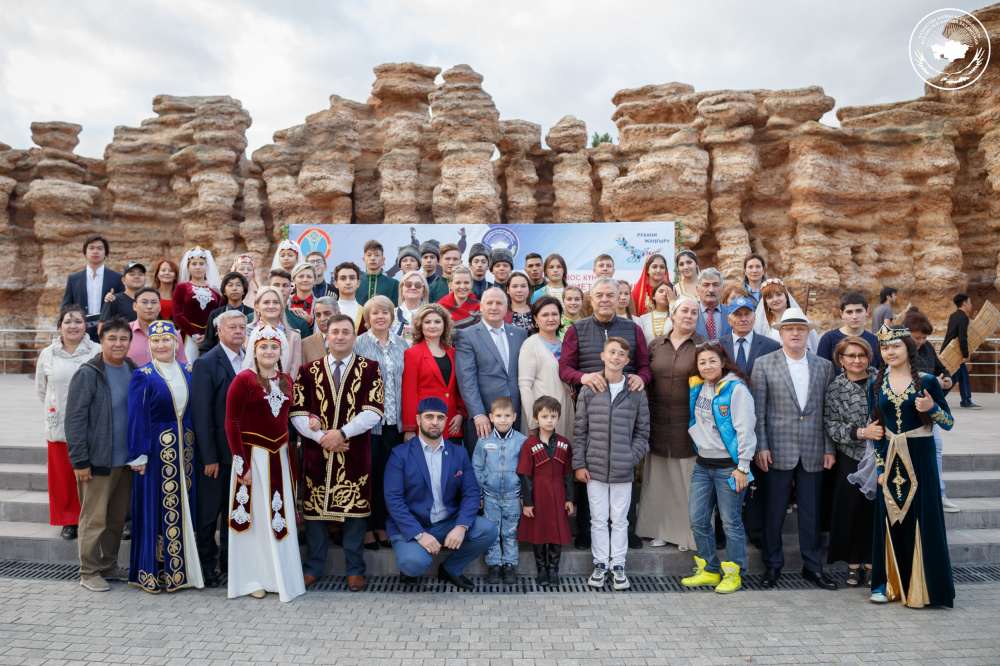 The apogee of the concert program was the gathering of the six-rope yurt's kerege. It should be noted that the first three kereges were gathered earlier during the festival "Edge of the East". The Kazakh yurt became a symbol not only of home, continuation of a sort, but also the general peaceful sky between representatives of various ethnoses. 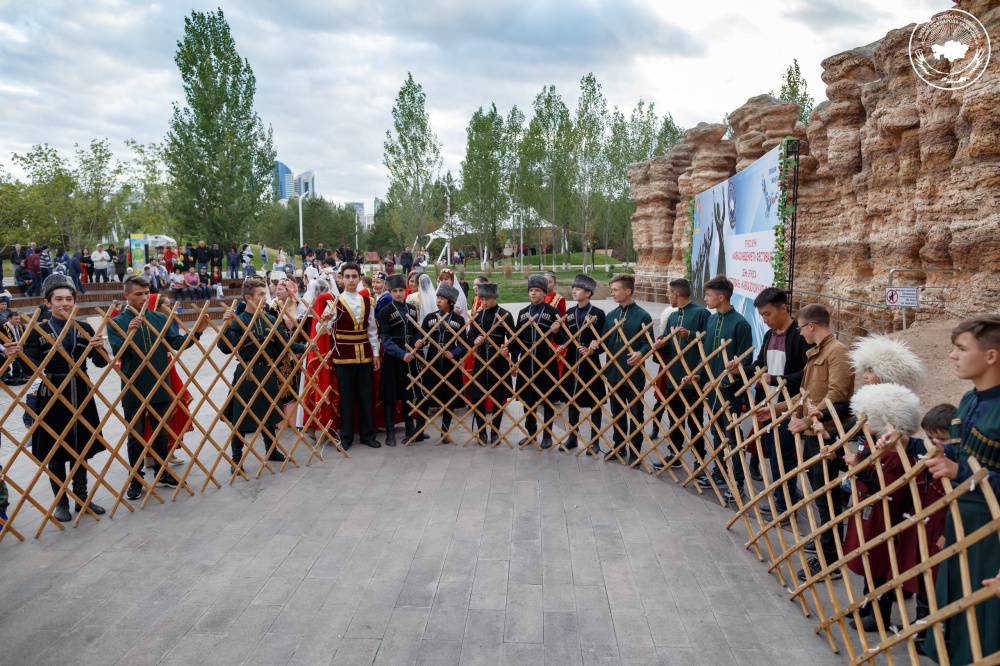 You can see all photos HERE

Subscribe to our Telegram channel and be the first to know the news!
Next news
Absattar Derbisali Conferred the Order of the Rising Sun, Gold Rays with Neck Ribbon
Photo day
Kazakhstan wins gold of World Cup on bullet shooting