At International forum of scientists and experts "Multiethnic society and modern state: development strategies" in Astana, Saule Mamytova – head of Assembly of people of Kazakhstan Department of S. Toraigyrov Pavlodar State University told about ethnocultural diversity in Astana, as well as its role in strengthening national unity.

“In modern conditions of increasing globalization processes, Astana is a vivid example of the modern ethnic paradox, in which, in parallel, mutually complementing each other, trends are developing – on the one hand, unification and intercultural integration, on the other hand, the development of ethnic diversity.

More than 100 ethnic communities in peace and consent live in the capital, presenting its unique mosaic. Great work on preservation and development of ethnic traditions and languages is carried out by 24 ethnic and cultural associations. All necessary conditions have been created for their successful activity in Astana. The equality of ethnicities is constitutionally enshrined. Grants are allocated annually for the implementation of projects of ethno-cultural associations. Palace of Peace and Reconciliation, House of Friendship, School of National Revival, ethnopark and others were opened. The amendments made to the "Law on the Assembly of people of Kazakhstan" this year were also aimed at improving the status of ethno-cultural associations,” Saule Mamytova said.

Head of the APK Department of S. Toraigyrov PSU noted that a major step in strengthening stability and interethnic consent in the region, as well as in the whole country, was the transfer of the capital to Astana. This decision, which was initiated and consistently prepared by President N.A. Nazarbayev, significantly strengthened the geopolitical position of the Republic. Head of state in the book "V serdtse Evrazii" (“In the heart of Eurasia”) wrote: "by this act Kazakhstan could emphasize its openness to equal cooperation with the North and South, East and West." 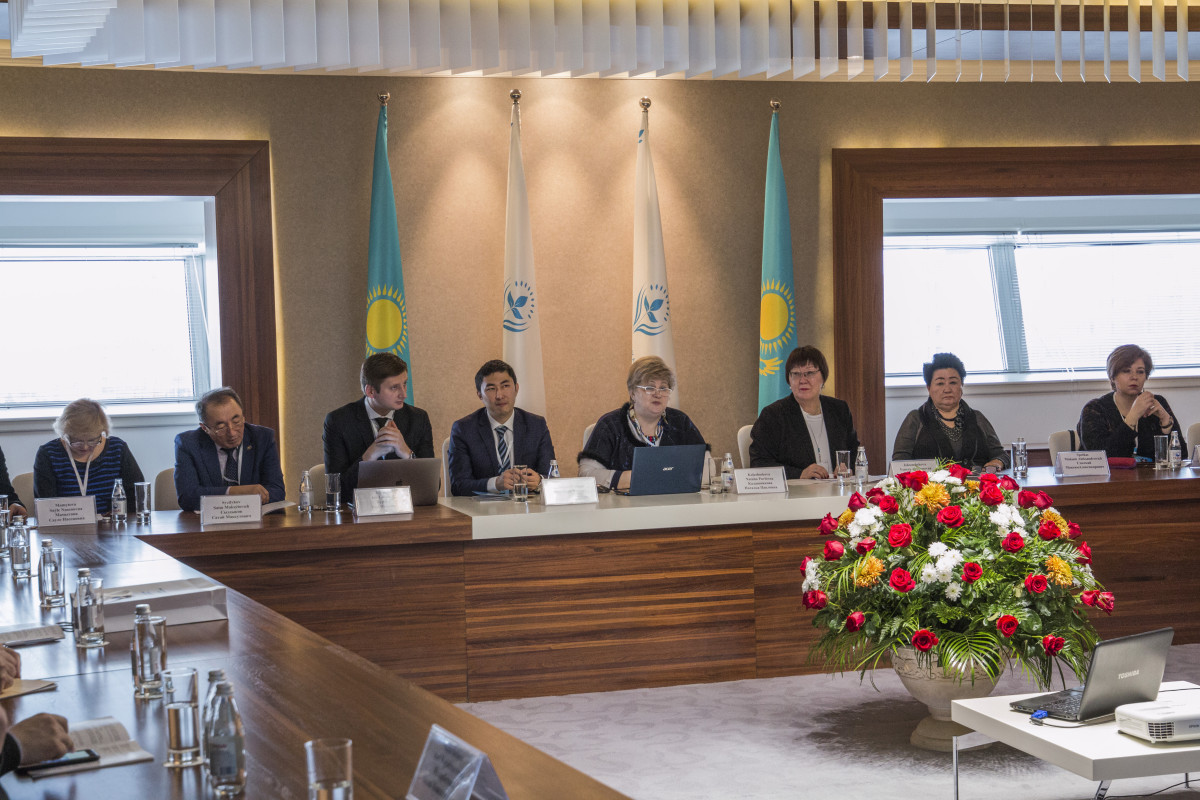 A variety of architects from Germany, Bulgaria, Switzerland, a number of Eastern countries participated in the creation of Astana. Combination of different styles are in the ultramodern architecture of the young Kazakh capital and it is inevitable, because it declared itself as a "Eurasian", which means that the image must be appropriate. Along with the architectural works of famous architects, the objects built according to the projects of domestic architects became the decorations of Astana. The event of epoch-making importance was the opening of the monument "Kazak Eli", which embodied the key principles of the national idea – independence, creation, aspiration to the future. Astana has received many international prizes for its unique architectural appearance, gained reputation as one of the most exquisite capitals in the world, received prestigious medals and the title of "City of the world" from UNESCO.

"In a relatively short period of time, Astana has become a symbol of national unity, preservation of unity, preservation of independence of the Fatherland, strengthening its power. A special ethno-cultural image was formed here, in which tolerance became the key concept of spiritual and intellectual discourse, and the polyethnic community acted as a single urban enclave, with its special metropolitan spirit. The idea of unity and consent can be seen in almost everything and everywhere. The coat of arms of Astana in the center depicts shanyrak, which represents the commonality and unity of the people and cultures of the steppe beneath the infinite sky of Kazakhstan.

Symbol of interfaith consent and friendship of the people of Kazakhstan is also represented in the architecture of the city. First of all, it is the Palace of Peace and Reconciliation or the Pyramid, which opened in 2006. There are figures of the most peaceful birds – white pigeons on the dome of the Palace. APK Congresses and Congresses of Leaders of World and Traditional religions are held here.

During May holidays major events of the Assembly of people of Kazakhstan are necessarily held at the monument "Friendship of people". It is a bowl, a pool with fountains, in the center of which there is a bronze sculpture of three intersecting figures 8 meters high on the pedestal. According to the author's idea, interconnected branches symbolize plexus, handshake, friendship ties, oath in defense of each other, peace and consent. Next to the sculpture is "forest" of fountains, each fountain is located at the intersection of small granite slabs. These are fountains symbolizing ethnicities and people of Kazakhstan," S. Mamytova noted.

Annual friendship festivals of the people of Kazakhstan "Dostyk. Birlik. Tauelsizdik." Became the bright representation of unity and consent. Creative teams of ethno-cultural associations of the city present choral and solo performance, ritual musical and choreographic composition, as well as exhibitions of paintings and drawings, applied art to the public. Thus, there is an active popularization of folk traditions and customs, attracting the attention of the general public to the preservation of traditions and customs, as well as the study of the native language.

"Today Astana is the main platform of the Assembly of people of Kazakhstan. A symbol of unity and inter-ethnic tolerance. It gives impetus to all creative initiatives in all areas, especially the one that is at the heart of modernization – the spiritual life of a multi - ethnic society" concluded Saule Mamytova.