On February 2, a charitable sports festival "Shynyksan – shymyr bolasyn" for children of the Youth House was organized by the members of "Zhangyru Zholy" youth movement and "Zamanaui" public foundation in the sports complex "Munaishy" in Atyrau. 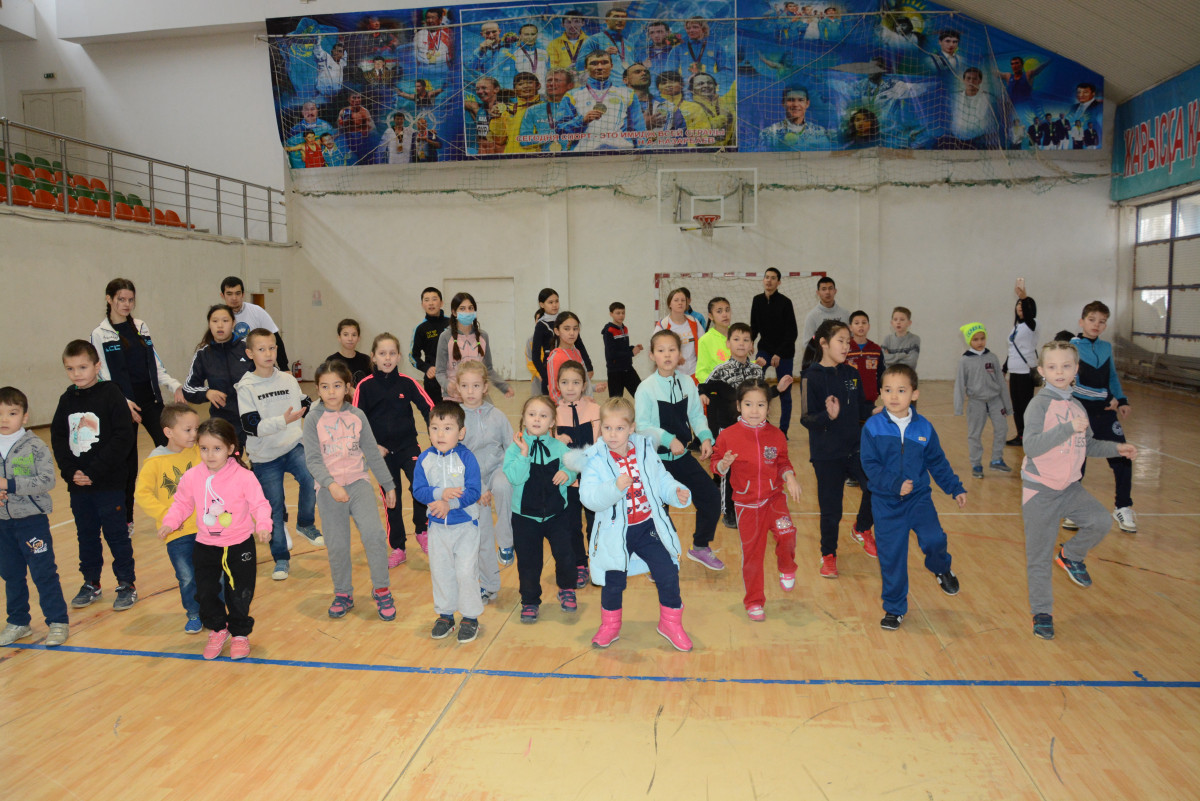 Several sports such as MMA, karate and cross-fit were presented on the festival. Within the framework of the festival, the executive director of the fitness center presented the children an invitation for a one-day vacation in a sports club. A day later, a charity fair was held in Atyrau in one of the shopping and entertainment centers.  Children from the House of Youth presented handmade products. Residents of the city were able not only to see handmade goods, but also to buy them, thus giving children hope for help.