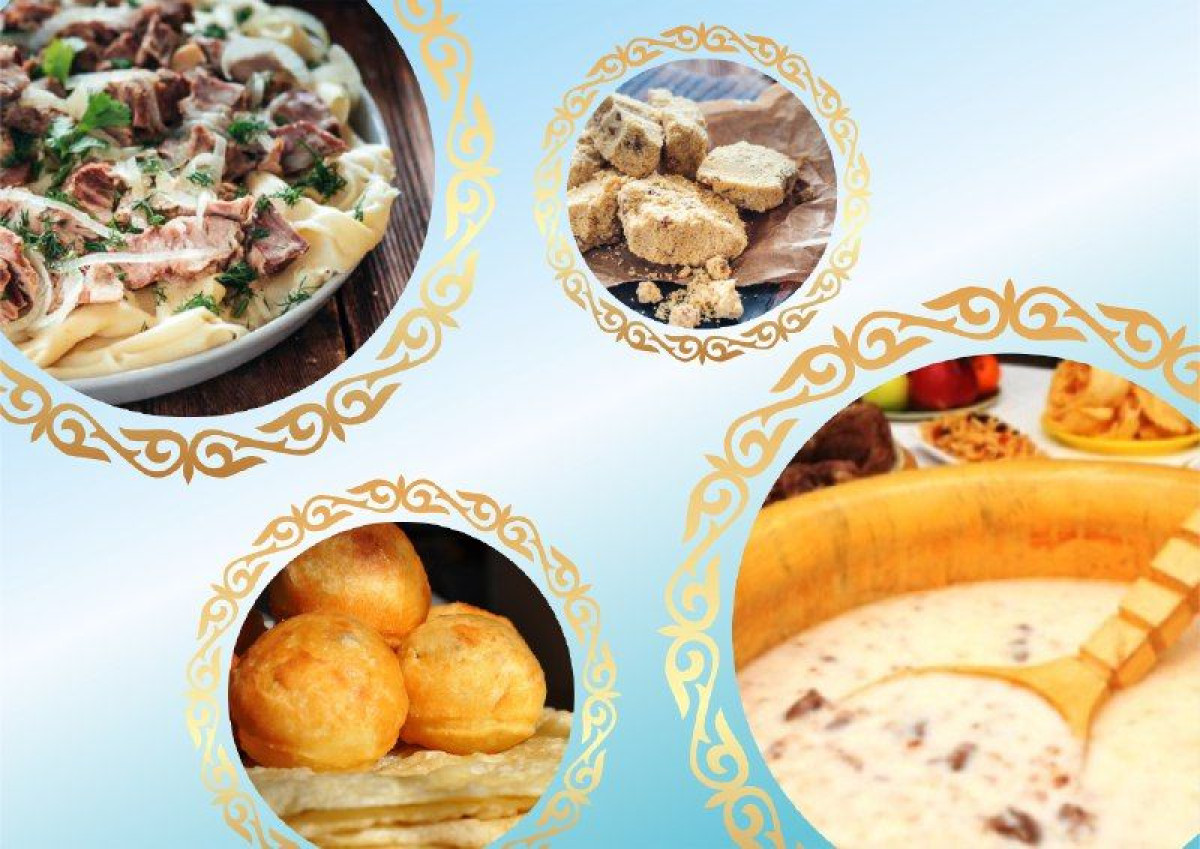 Nauryz, an important holiday for all Kazakhstanis, marks the renewal of nature. This holiday means New Year for the Turkic nations, so they are preparing for it thoroughly.

This day people go to visit each other, the hosts welcome the guests with festive table. The traditional dish of this spring holiday is ‘Nauryz Kozhe’, which consists of seven obligatory components.

Water is added as a symbol of human life, the current river. It is a kind of wish for youth to have an interesting and stormy life. Salt symbolizes sweetness in food. Flour or noodles symbolize satiety and wealth. Milk is added as a sign of pure life in peace and unity. Kurt gives strength and health. Cereal is added as the sixth ingredient: it can be wheat or barley. It is believed that barley has special healing properties and purifies blood.

Finally, meat is the seventh ingredient, which means happiness and good luck.

The number seven is of particular importance in the celebration of Nauryz. After cooking nauryz kozhe, it should be poured into seven bowls in front of the elders. Everyone should visit seven houses and invite seven guests.

In order to prepare Nauryz main course, it is necessary to boil meat, namely horse meat for two, two and a half hours. While the meat is being boiled, the grain, pre-soaked in water, should be added to the broth, and be boiled in a separate pot. Everything must be stirred and salted to taste. As the millet is prepared quickly, it should be added to the pot fifteen minutes before the other cereals are ready. The meat is cut into slices after it is ready. All boiled cereals and meat must be mixed in the meat broth. After it has cooled down, milk or ayran should be added. The dish is ready and served to guests. Each region has its own variations of cooking nauryz kozhe, however, these seven ingredients remain the same.

Beshbarmak is also one of the main dishes of Kazakh national cuisine, which is cooked on important occasions. Beshbarmak means ‘five fingers’. The dish consists of boiled meat, noodles in the form of rectangles and broth.

In order to prepare beshbarmak it is necessary to boil meat in water with spices. Meat is cooked on low heat for two or two and a half hours.

In order to prepare noodles, it is necessary to mix stiff dough from water and flour. The thin dough should be rolled out and cut it into rectangles.

The ready meat is taken out of the broth and cut into pieces. In the meat broth pieces of dough are placed and boiled for about fifteen minutes. The ready-made dough is placed on a plate, then the meat and the cut onions cooked in another pot are placed in a layer on the plate.

Baursaks are small round donuts, which are deep-fried in the cauldron. This treat is cooked for every holiday, as the recipe is quite easy. As a rule, baursaks are made of fresh or yeast dough. To prepare baursaks you should mix yeast, sugar and warm milk and leave it for a while. Then add oil and salt to the decoction. Add the sieved flour and knead the dough. It should be soft and supple. After kneading, leave it in a warm place for half an hour. Then the dough is rolled out and circles are cut out. Fry it in the deep fryer until it's golden. Baursaks are tasty while hot, but remain soft and delicious even when cooled.

It is also possible to cook shelpek, a Kazakh traditional flour product. The recipe for this dish is very simple and consists of water, salt and flour. All the ingredients are mixed and made into dough. Round pieces are rolled out of the dough and fried in oil in a frying pan. Kazakhs usually bake this dish during Ayt or on Fridays praying for the dead relatives.

People also prefer to drink kumys, a drink made of mare's milk, eat kurt, salted balls of cottage cheese, which is prepared in a special way and zhent, a Kazakh dessert, the main ingredient of which is crushed millet.

On this bright and spring holiday it is possible to try all these traditional dishes, and also to learn culture and traditions of the Kazakh people. Happy Nauryz!

Subscribe to our Telegram channel and be the first to know the news!
Next news
Nazarbayev’s Legacy: Key Accomplishments
Photo day
Kazakhstan wins gold of World Cup on bullet shooting