Within the framework of the forum of Entrepreneurs’ Association of the Assembly of people of Kazakhstan, which took place the day before, an exhibition of products of domestic producers, artisans and youth startups of the Association was held. 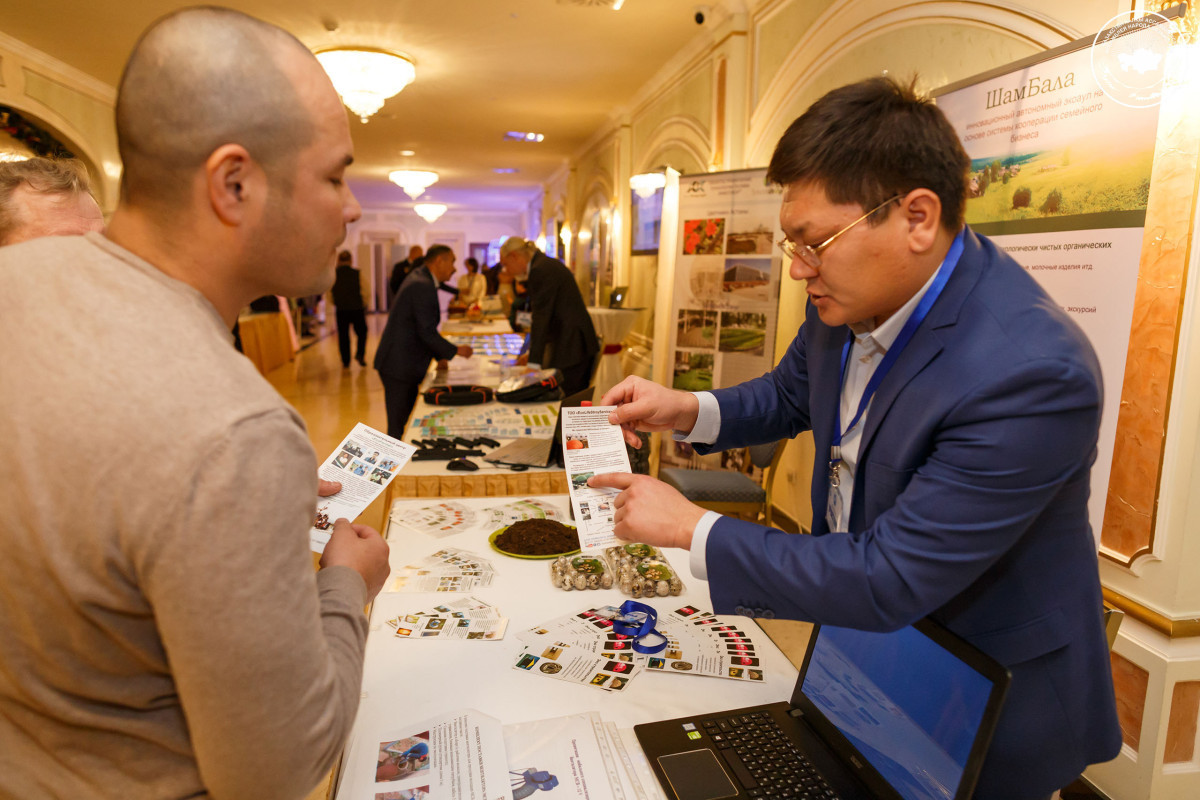 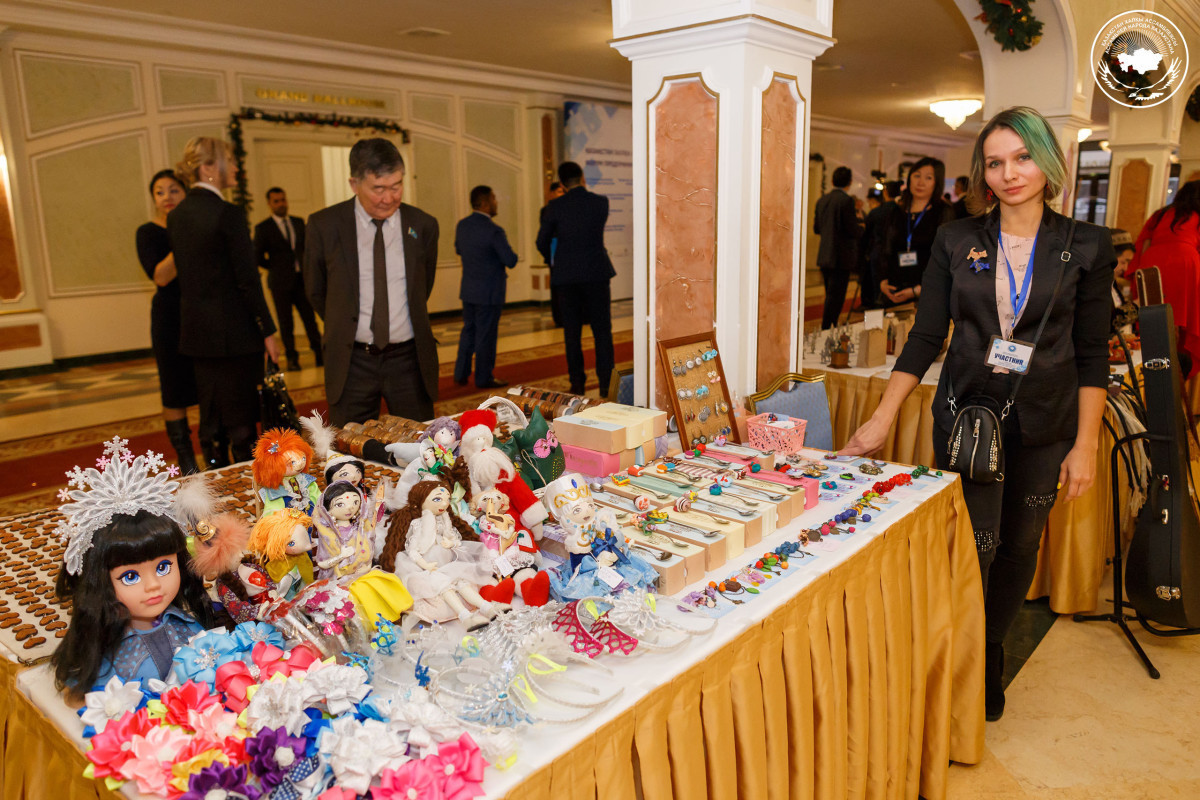 —I make jewelry of polymer clay. It is my hobby and creativity. Basically, I participate in charity fairs. Polymer clay is molded, then baked in the oven at a certain temperature, then covered with varnish. After all, you can make either spoons or bracelets, pendants and more. I've been envolved in it for three years. I cooperate with the club “28 petel” ("28 loops"), participate with them in various promotions. We help premature babies, knit sets. Sometimes we are invited to charity fairs to help children for treatment. 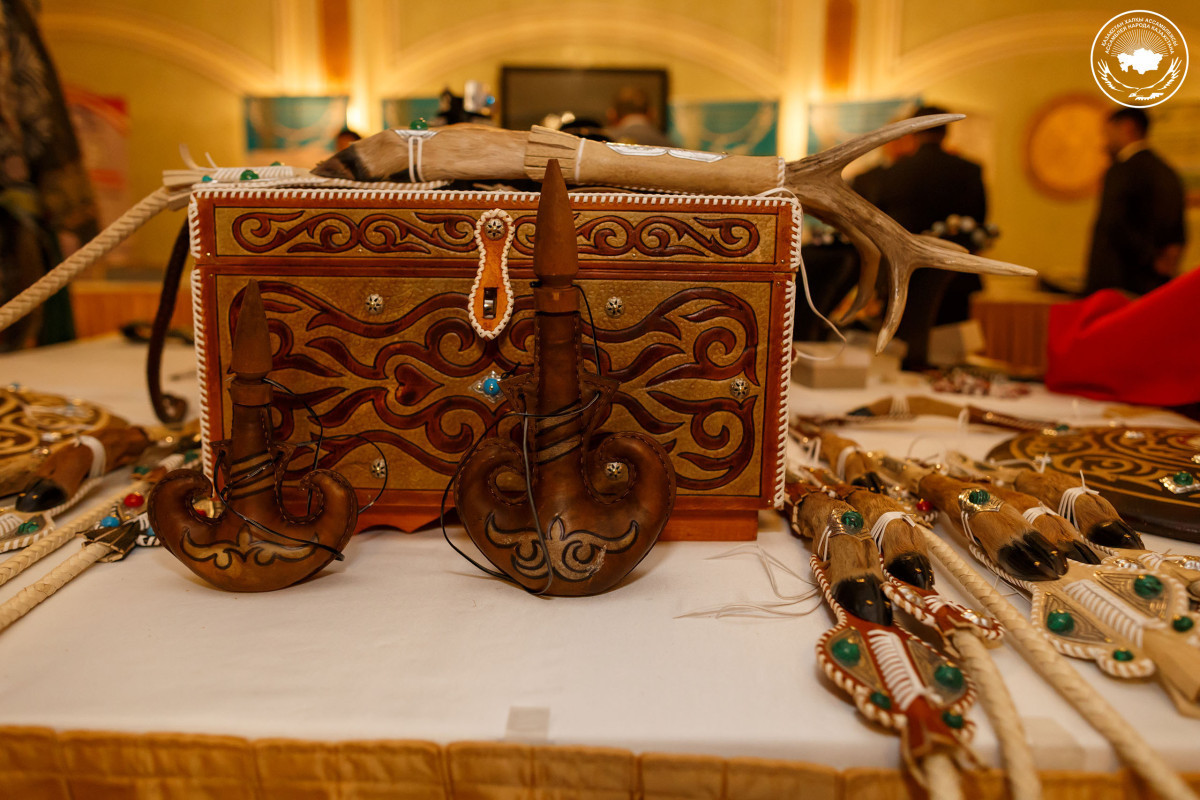 —"Sherter" company began its work in 1993 in Almaty. Over 50 employees work at our factory. The branch has been working in Astana for more than a year. We make 53 types of tools, develop and update all forgotten subjects of Kazakh people. Currently, Kazakh national musical instruments are in high demand. In addition, we make other products.

— I've been making jewelry for about 4 years. Basically, I make products in ethnic style. For example, the belt is an element of the Kazakh national clothing. All my products are exclusive, made of genuine leather, decorated with beads and natural precious stones. The belt is not only a wardrobe accessory, in particular, it helps for girls to keep the back straight, keeps the figure stately. Particularly, “onirzhiek” – pectoral for women, which protects against the evil eye.

— Currently, Science Foundation is engaged in commercialization of scientific developments. All our scientists create research projects and commercialize, that is, introduce into production, implement their ideas with the help of grant funding of the Fund.

To date, the power supply for led lighting is 100% Kazakh product created by science and business, financed within the framework of the "science Fund". It is a kind of battery that supplies light. It is planned that this device will last about six years.

Useless tires also have been used as well. So, at the enterprise of Karaganda region they are ground to 800 microtrons, then they are added to asphalt with bitumen modifier, thereby prolonging the service life of the road surface. It becomes frost-resistant and does not pass water.

Breathing simulator is the result of research work of the Institute of animal physiology. This device is created, first of all, for the Olympic reserve. It is also designed for everyone who wants to climb the mountains. However, it is necessary to know to what height a person can climb, feel comfortable, and to train. The device cleans the respiratory tract, in some cases it is applicable for children with problems with the respiratory tract. The sale will go from next year after certain procedures. The average price will be up to 7 thousand tenge. 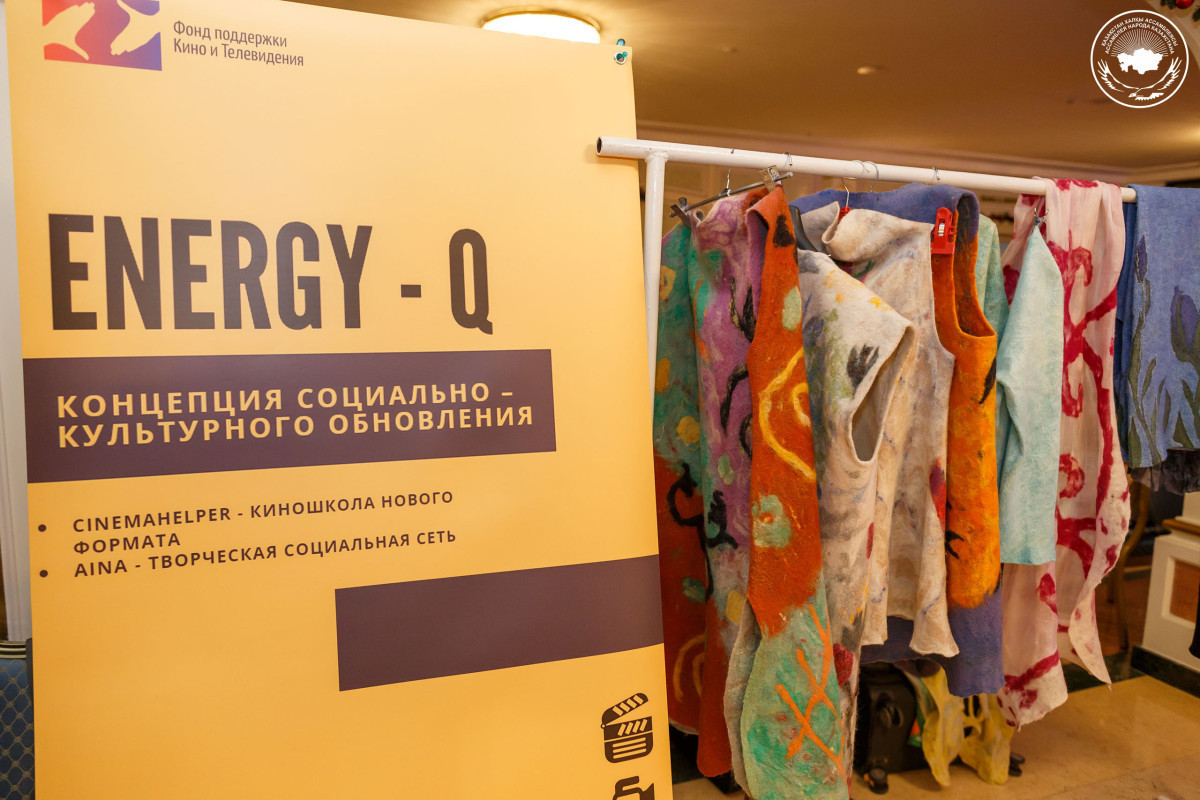 — We are opening a new format film school. The main focus is on the IT project – a creative social network "Aina", which we want to launch in the year of youth. In this network, every young person will be able to "mirror" broadcast creativity. Actors, directors, screenwriters can spread any works. The goal is to unite all specialists in the field of film and television on one platform, to hold master classes, seminars, to invite teachers from abroad, to publish specialized literature. Now we start cooperation with the New York Film Academy, Russia, CIS countries.

Aina is a social network, like “Odnoklassniki”, for example. There is both a website and a mobile application. Here a joint work can unite and release, for example, a screenwriter and a newcomer director. This platform gives an opportunity to communicate, to look for work, to receive some educational information: news, announcements about castings-all information in this sphere.

At the moment we exist as a startup project. I think it will be interesting to many people. We are going to open a film school in January, and we will slowly prepare to launch a social network. 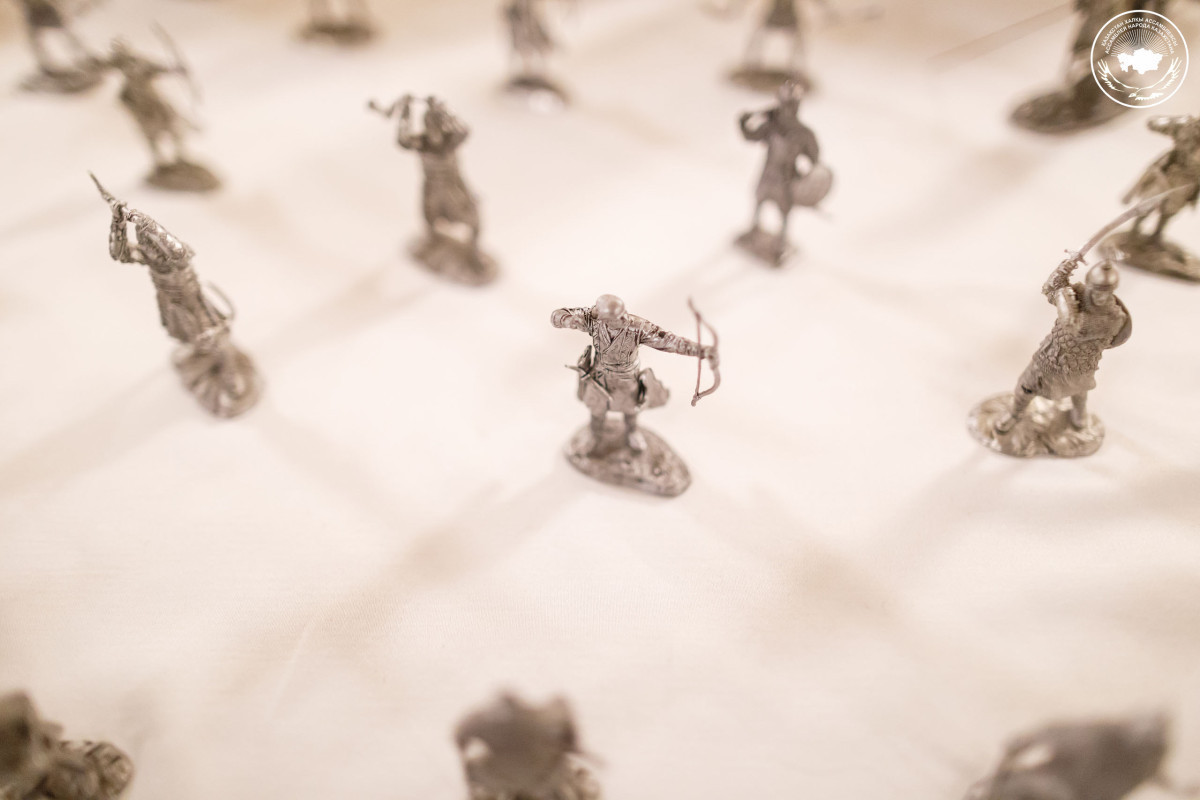 — Workshop is engaged in manufacturing of tin soldiers, historical military miniatures "Kazakh batyrlar". This series was timed to the 550th anniversary of the Kazakh khanate (2015). The collection presents different types of Kazakh batyrs: archers, batyrs with swords, axes, that is, different types of weapons.

The series includes 10 figures, e.g. 8th one is Sultan Janybek. Each figure is produced in a thousandth copy. Products are made in black and color version. Molding, casting and coloring are all handmade. 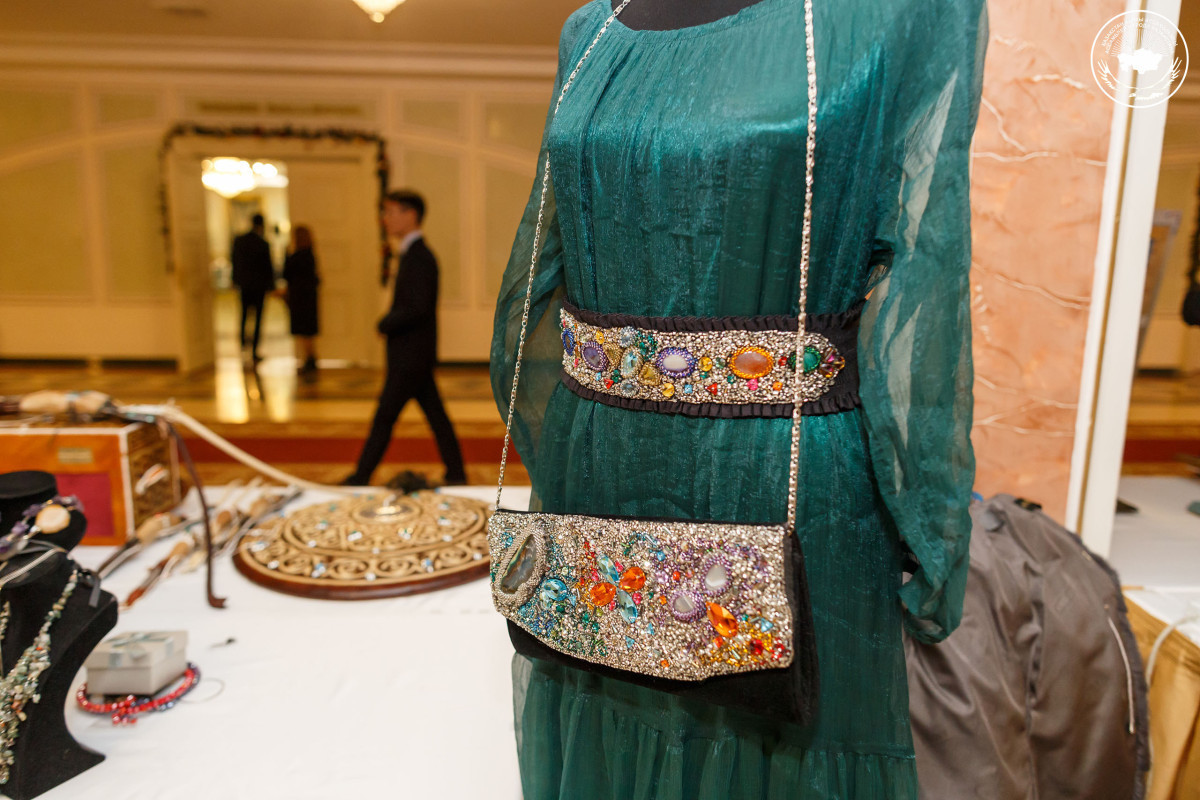 Entrepreneurs’ Association of the APK was established in 2015. The purposes of the association, as reported by Honorary Chairman – Deputy of the Mazhilis of the Assembly of people of Kazakhstan Yury Timoshchenko, are creating conditions for improving the socio-economic well-being of citizens through the inclusion in the program of industrial and innovative development, attracting new technologies and ideas, as well as improving financial literacy of the population.

Use of materials for publication, commercial use, or distribution requires written or oral permission from the Board of Editors or the author. Hyperlink to Assembly of People of Kazakstan portal is necessary. All rights reserved by the Law RK “On author’s rights and related rights”.