AKIM OF ALMATY REGION WAS AWARDED A GOLD MEDAL OF APK

Chairman of the Regional Assembly of people of Kazakhstan Amandyk Batalov visited the House of Friendship, where he met with members of APK. 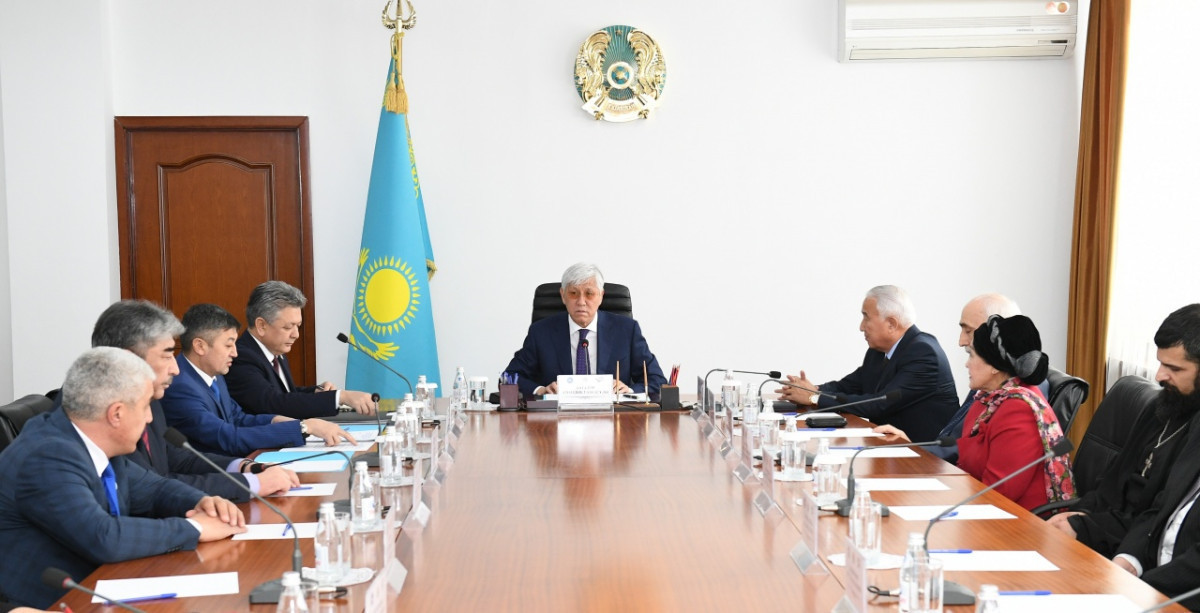 Congratulating the participants of the meeting on New Year, the head of the region listed the main achievements of socio-economic development in the region's economy in 2018.

Also akim of the region dwelt on the issues of inter-ethnic consent, solidarity and unity in the country, on the tasks arising from the program of Head of the State "Rukhani zhangyru" and the article "Seven facets of the Great Steppe".

In particular, the speakers noted the dynamic development of Taldykorgan, improvement of its architectural appearance, measures taken to preserve the language, traditions and culture of each ethnos.

At the end of the meeting Amandyk Batalov presented diplomas and letters of gratitude to the APK’s members. Medal "Unity of people of Kazakhstan" ("Birlik") is the state award of the Republic of Kazakhstan, it is the highest sign of public recognition and encouragement of Kazakh and foreign citizens, organizations and enterprises, regardless of the form of ownership, institutions of civil society for services in strengthening the unity and stability, socio-economic and social development of Kazakhstan.