A round table dedicated to the scientist G. S. Karelin 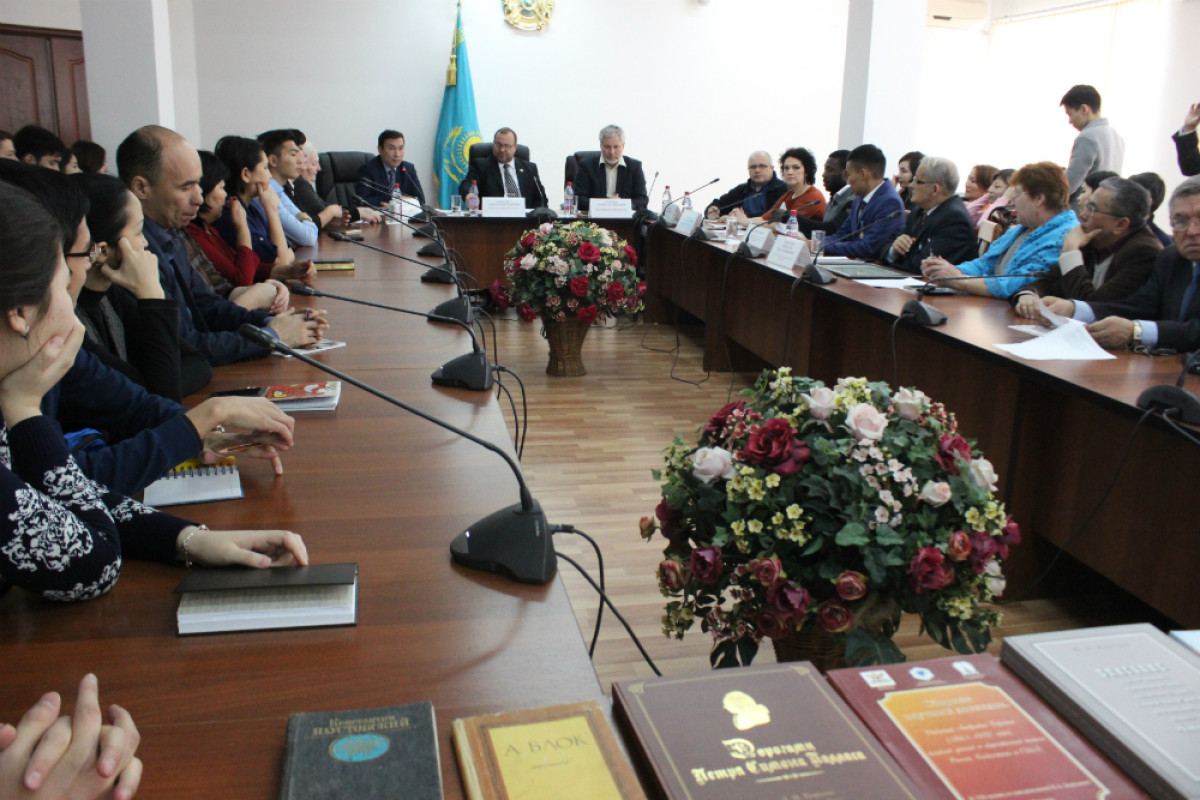 In the framework of the program "Ruhani zhangiru", 25 January 2018 in the conference hall of the Atyrau University of oil and gas hosted a round table dedicated to the scientist G. S. Karelin. The organizer of this event was the Assembly of people of Kazakhstan Atyrau region and the Russian ECA "Bilina" under the leadership of A. Korableva.

The round table was attended by specially invited from the city of Uralsk Director of the public Fund "Eurasian Union of scientists", doctor of philosophical Sciences A. Golubev, representatives of the KGU "Kogamdyk kelisim", teachers and students of Atyrau University of oil and gas and media.

Each of the participants of the round table presented its report about the life and career path of the scientist G. S. Karelin.

At the end of the event, heard the questions and the answers the guests and participants have exchanged views and the results of the round table meeting.

Karelin Gregory Silich - known naturalist and traveller (1801 – 1872).. The education received in the 1st cadet corps. In 1817 he began his service as a Lieutenant in the artillery and placed in its own office known Arakcheev.

In 1832 and 1834 years he charged with finding locations for building and construction-building in the North-Eastern shore of the Caspian sea. Here Karelin is the head of a small flotilla. He brilliantly carried out his instructions, taking quick and appropriate on the tract Kyzyl-Rashe. strengthening. They contains a rich collection of natural pieces and removed for surveying.

From 1840 to 1845 Karelin has undertaken, on behalf of the Moscow society of naturalists, the scientific journey to the Altai, Tarbagatai, Alatau and Dzhungaria.  The result of these journeys was a collection of rich collections and supply them to museums and scientists, both Russian and foreign. 1845 travel Karelin stops, and in 1849 he moved to Guriev, where he spent 20 years without a break until the end of his life.

Subscribe to our Telegram channel and be the first to know the news!
Next news
The fight against corruption and the rule of law is the main thrust of the Address of the Head of State to the people of Kazakhstan
Photo day
Kazakh President signs Decrees on appointment of akims of regions