The modern state flag of the Republic of Kazakhstan was adopted on 4 June 1992.

The modern state flag of the Republic of Kazakhstan was adopted on 4 June 1992. 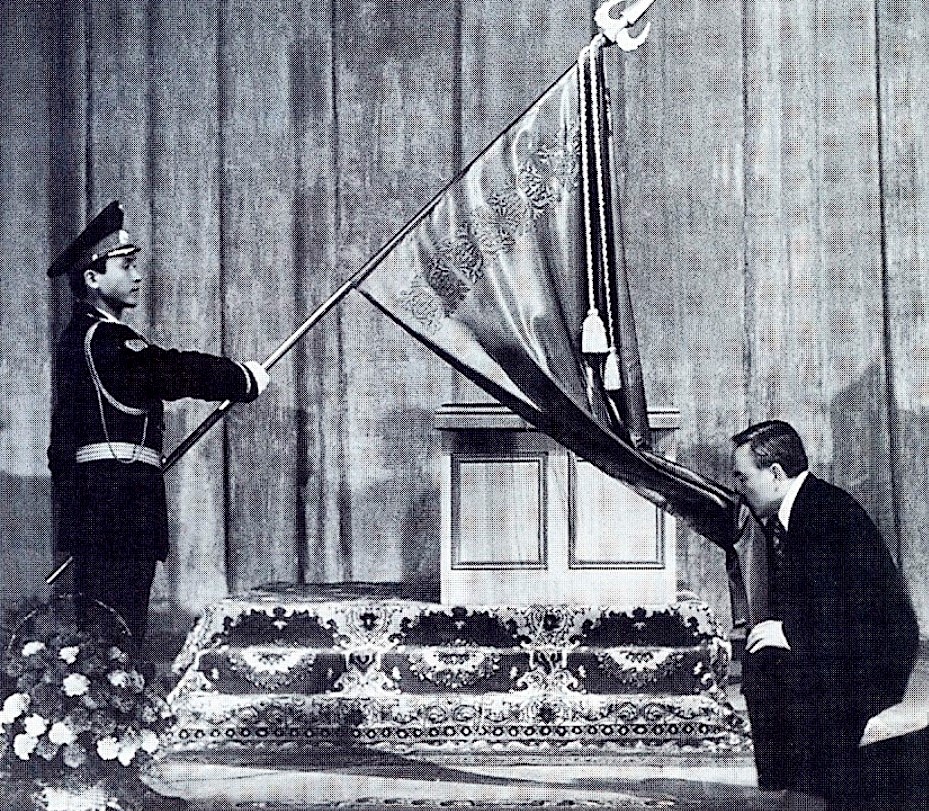 Main sky blue color of the flag symbolizes honesty, fidelity and integrity. A background with one color also symbolizes cultural and ethnic unity of Kazakh people. And the national ornament along the flagstaff represents the culture and traditions of people of Kazakhstan.

Based on the heraldic canons, the sun is the source of life, energy, wealth and abundance. The image of the sun confirms Kazakhstan’s commitment to universal values and testifies that the new young country is full of life-affirming energy and open to all countries of the world for partnership and cooperation.

Further, the image of an eagle (golden eagle) is one of the main attributes, was applied in the arms and flags of many nations for centuries. It represents the symbol of power, insight and generosity. A soaring steppe eagle represents the power, the sovereignty and independence of the government, which aspires to high goals and sustainable future. Stylized silhouette of Golden eagle reflects aspiration of the young modern Kazakhstan to the heights of world civilization.

And in fact, Kazakhstan during the Independence follows all of the canons of heraldry, which are applied on the flag. 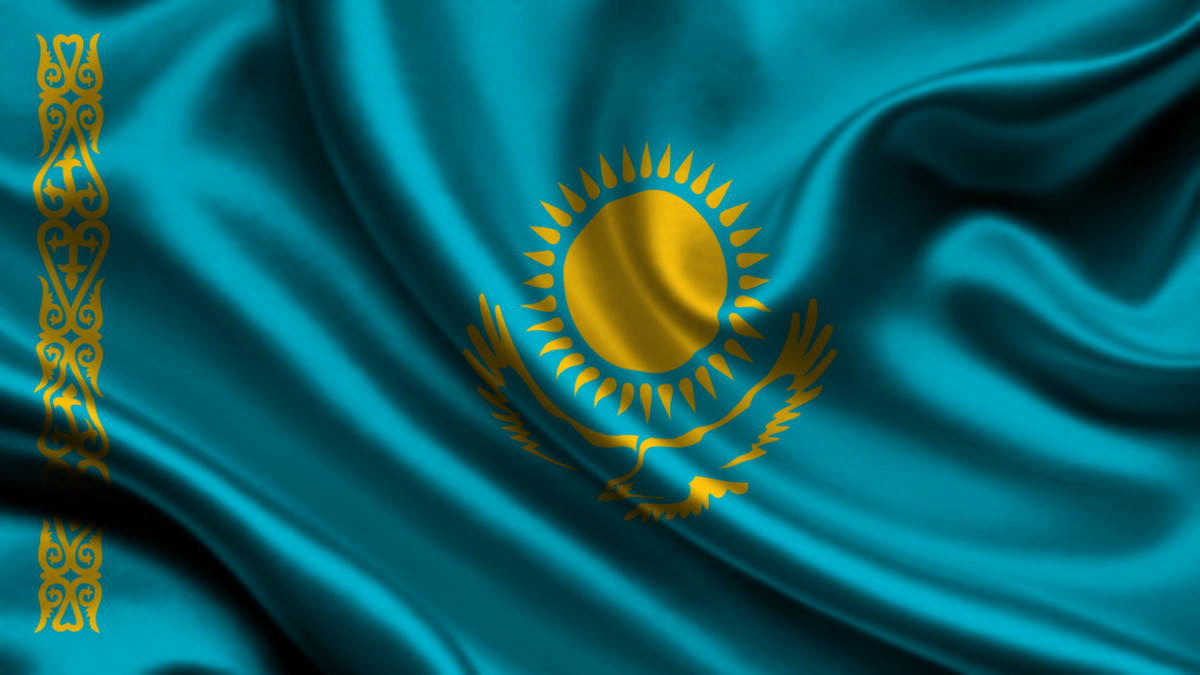 Kazakhstan since independence has been pursuing a balanced and thoughtful foreign policy. For many years the flag of Kazakhstan is waving in the headquarters of many international organizations as UNESCO, OSCE, SCO, the Organization of the Islamic conference, the Eurasian economic Union, in the capitals of the 50 States.

Kazakhstan is a member of many international organizations, including the United Nations (UN), Organization for security and cooperation in Europe (OSCE), the international Monetary Fund (IMF), World Bank (IBRD), etc.

It is worth noting that our country is a key player in establishing peace and security throughout the world. Kazakhstan voluntarily renounced the possession of nuclear weapons remaining on its territory after the Soviet collapse. Republic is building a constructive relationship with the EU, NATO, OSCE, and major financial institutions. 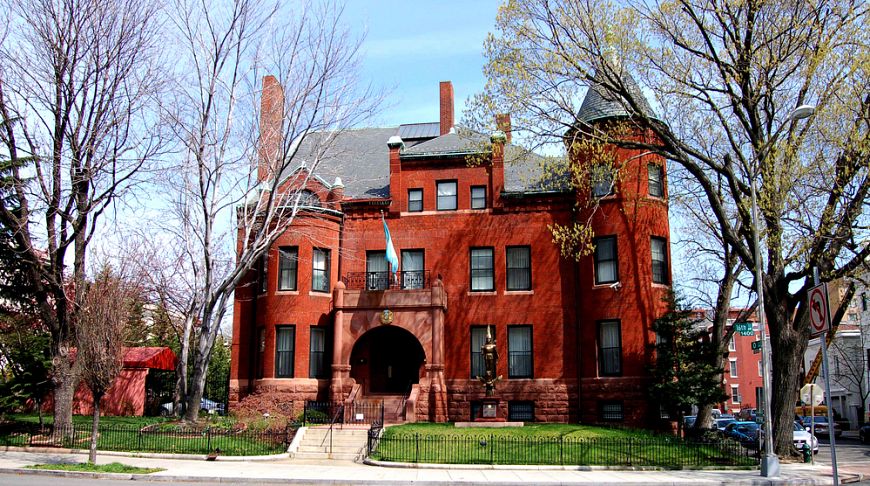 Kazakhstan has not only maintained inter-confessional peace on its own territory, but also has been contributing to the strengthening and development of interreligious and inter-civilizational dialogue at the international level.

In order to make sure the above information, let us go on a journey through international organizations and significant events, where Kazakhstan occupies not last positions. After the plenary session of the General Assembly, the ceremony of raising the national flags of the new members of the United Nations took place at the entrance to the headquarters of the UN. After the words of the Secretary-General: “I ask to raise the State flag of the Republic of Kazakhstan”, the national flag of a new member of the United Nations – of the independent Kazakhstan was solemnly raised.

Thus, there was an international recognition of the state sovereignty and independence of the country. On the world map a new sovereign state appeared - the Republic of Kazakhstan became the 168th member of the Organization. 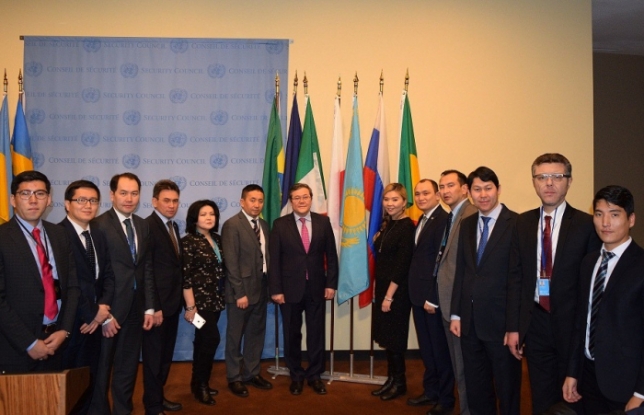 Our country became the first country from Central Asia to be elected to this most important global political body. In accordance with the UN Charter, the Security Council is one of the principal organs of the Organization, whose decisions are legally binding. The powers of Kazakhstan as non-permanent member of the Council began on Sunday, 1 January 2017 at 00:00 local time of New York.

In 2005, the President of Kazakhstan Nursultan Nazarbayev in his address to the nation he suggested the need for integration of the Turkic peoples. The CCTS was established on 3 October 2009. Currently, its members are Azerbaijan, Kazakhstan, Kyrgyzstan, Turkmenistan (since 2014) and Turkey.

The whole idea of Turkic integration was embodied in the preservation and development of the dialogue of cultures, in which a number of research centers were opened.

Kazakhstan at the Summit meeting of CIS leaders in Bishkek 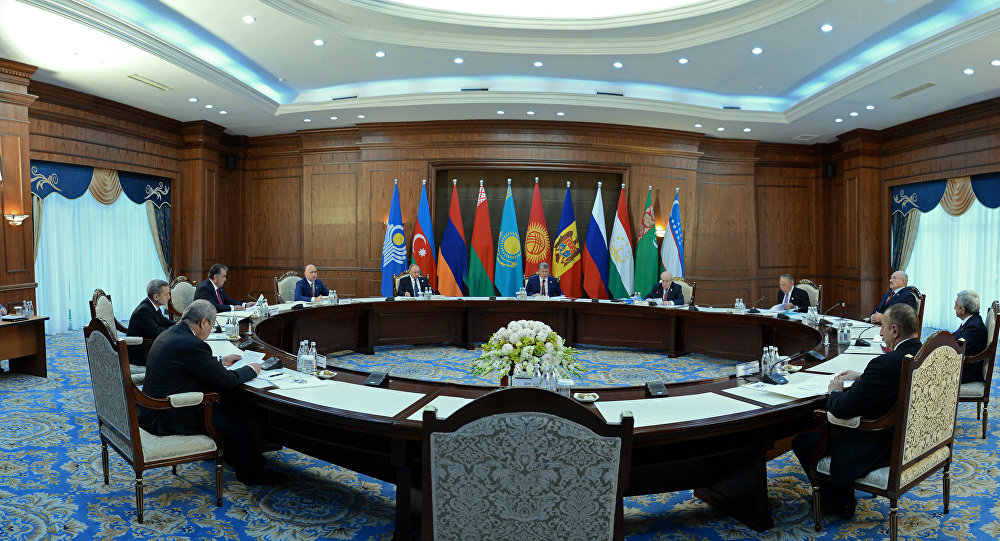 In the Concept of Kazakhstan’s foreign policy priority is attached to cooperation within the Commonwealth of Independent States and development of integration ties with its participants. From the very beginning of its independent existence the Republic of Kazakhstan fully supported the idea of preserving a special relationship between all post-Soviet countries. It is very significant that the Declaration on the establishment of the Commonwealth of Independent States was signed on 21 December 1991 in Alma-Ata.

Kazakhstan at the nuclear security Summit in Washington

At the nuclear security Summit in Washington, Kazakhstan was awarded for the contribution to the maintenance of the regime of non-proliferation of nuclear weapons and strengthening global nuclear security. Our country is a world leader of the movement for the prohibition of nuclear weapons and nuclear security. After the collapse of the Soviet Union in the early 1990s, the country disarmed and abandoned its nuclear Arsenal, the fourth largest at the time, and shut down the Semipalatinsk nuclear test site. January 1, 2010, Greece passed the baton of presidency in the Organization for security and cooperation in Europe (OSCE) to Kazakhstan. The Republic became the first country in Central Asia and the first post-Soviet country to receive this honor.

The Astana Summit was attended by 38 heads of states and governments, senior officials of the States-participants of OSCE, representatives of major international and regional organizations. The main topics of the summit were the issues of sustainable security in the Euro-Atlantic and Eurasian spaces, the problem of Afghanistan, the solution of “frozen” conflicts.

Since January 1 Kazakhstan, Russia and Belarus started to live in the new integration space

Kazakhstan, Russia and Belarus started to live in the new integration space – in the Customs Union (CU). Since that day on the territory of three countries a common customs tariff has been operating.

Kazakhstan at the Summit of the Shanghai cooperation organization: the birth of Greater Eurasia 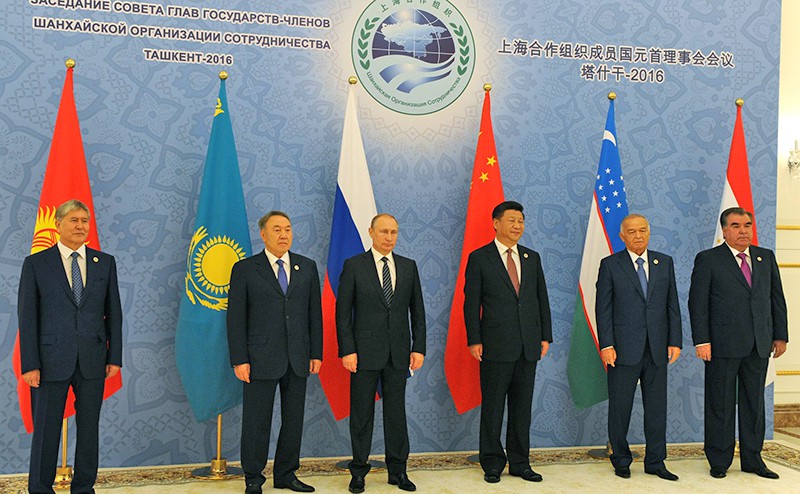 The Shanghai cooperation organization (SCO) is an international organization founded in 2001 by leaders of China, Russia, Kazakhstan, Tajikistan, Kyrgyzstan and Uzbekistan.

In the period from September 1 to September 5, the President of Kazakhstan Nursultan Nazarbayev took part in the G20 Summit in China The Big Twenty (also the G20 or Group of twenty) is a club of governments and heads of Central banks of the countries with the most developed and developing economies.

In addition, usually at the G20 meetings there are the representatives of various international organizations, including the financial stability Board, international monetary Fund, world trade organization, the United Nations and the World Bank. Together, the G20 represents 85% of global gross national product, 75% of world trade (including trade within the EU) and two thirds of the world’s population. 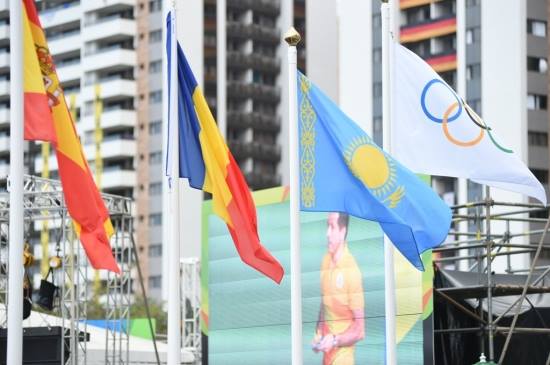 October 16, 2014 in Incheon the flag of Kazakhstan was raised on the eve of the Asian Para Games

In 2014, for the first time in the history of Kazakhstan domestic sports Paralympic athletes won five licenses for the winter Paralympics in 2014.

And finally interesting in the world of sports... 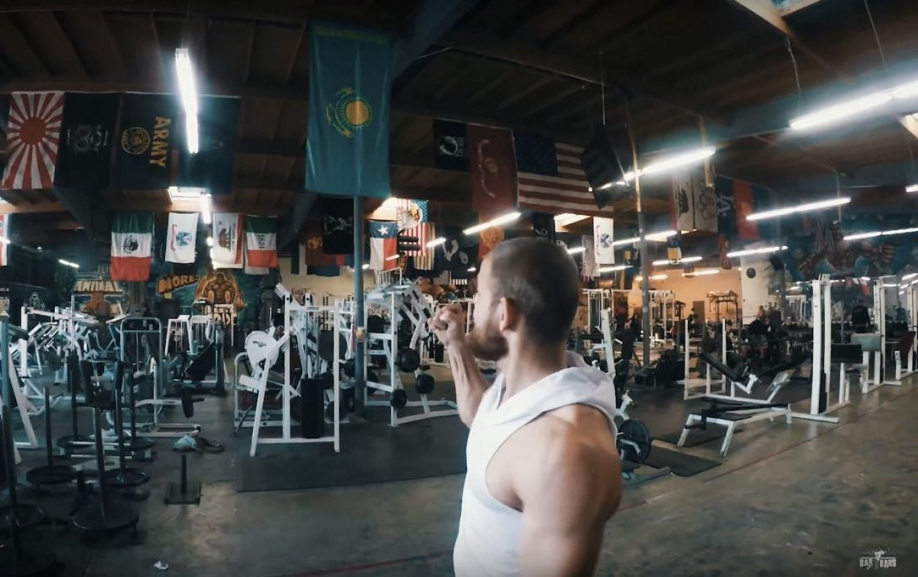 In the framework of participation in the festival LA Fit Expo 2017, held on 7-8 January in Los Angeles (California, USA) Islam Badurgov, First Vice-President of the Kazakhstan Federation of Street Workout, held an open workout in the gym Metroflex Gym which has opened up the world athletes such as Arnold Schwarzenegger, Ronnie Coleman, CT Fletcher and many others.

In 2015, the flag of Kazakhstan was set in the North Pole 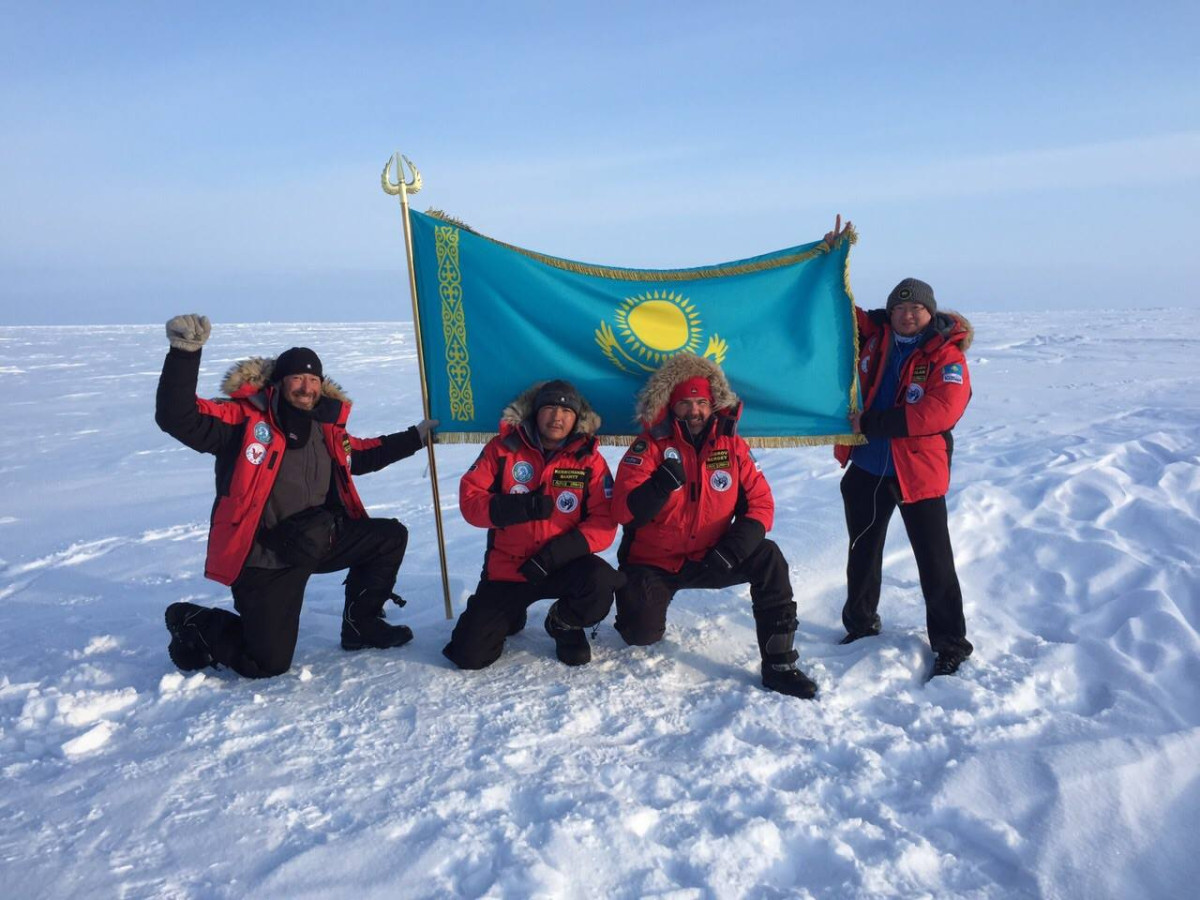 Participants of the Kazakhstani expedition to the North Pole set at the point of 90 degrees the flags of the Republic of Kazakhstan, Assembly of people of Kazakhstan and the flag of application of Kazakhstan for non-permanent member of the UN Security Council. About this in his account on Facebook was reported by a member of the expedition, the Chairman of the Presidium of the NGO “Kazakh Geographical community” Nurlan Abduov.

Kazakhstan sport has long been confidently stepped onto the world stage At the “sport motors” the name “ASTANA” was beautifully exposed in 2010, when the team from Kazakhstan successfully participated in the rally – Raid Dakar.

Kazakh traditions for a foreigner