International Technology Forum was held in the Kazakh capital 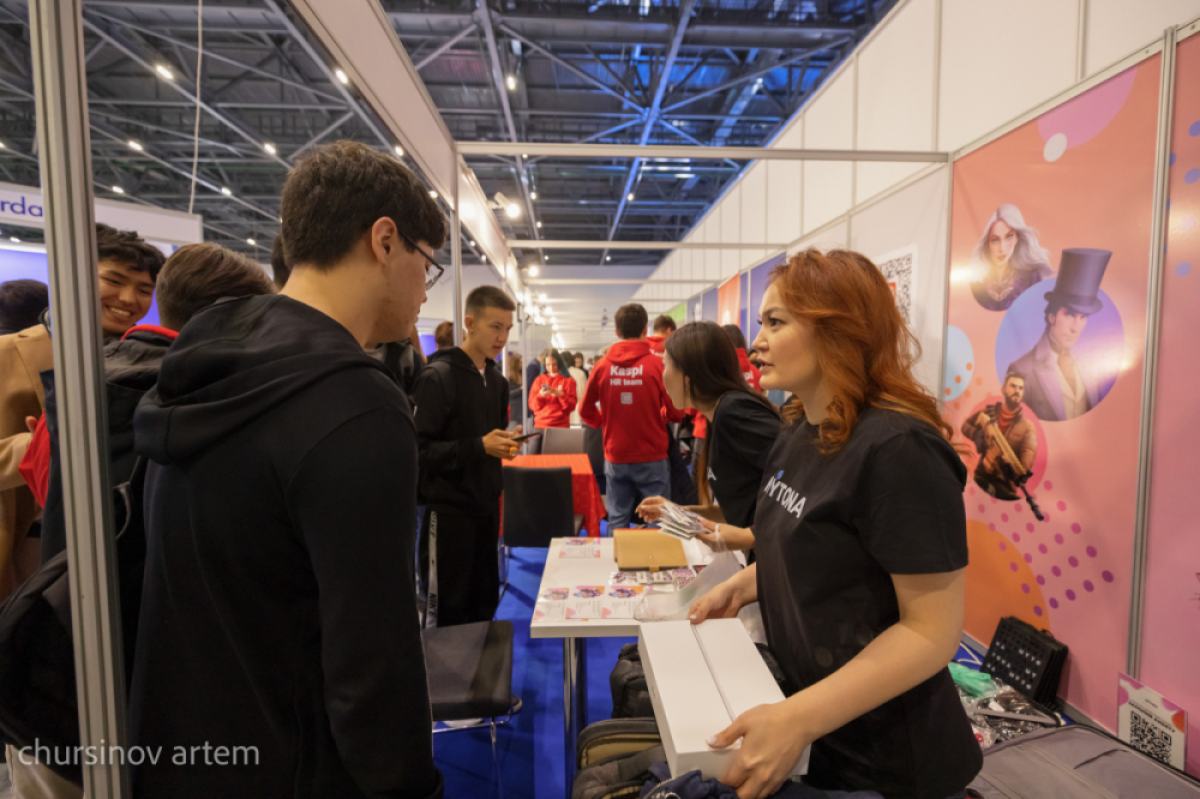 The international technology forum Digital Bridge-2022 was held in Astana, where for the first time the IT industry united with the creative industry and presented such directions as ART, DIGITAL and NFT, the correspondent of the El.kz reports.

The development of cryptocurrencies, NFT, space tourism, remote work in the style of digital nomads (digital nomads), the ability of algorithms to predict human behavior - all this is told by modern authors of digital works. 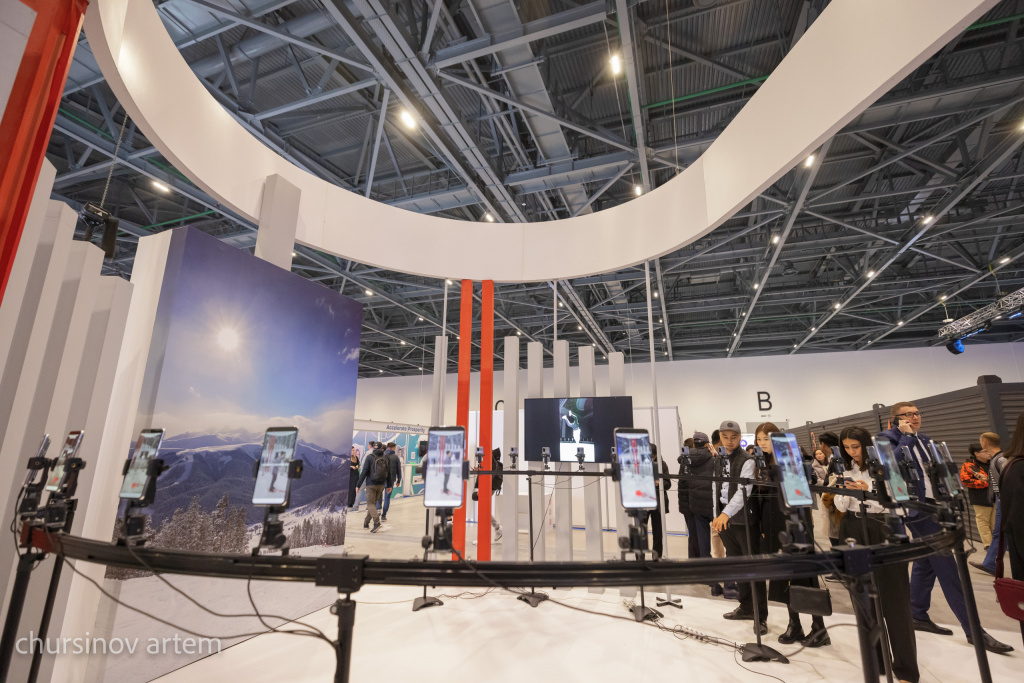 The agricultural marketplace was presented to the visitors of the exhibition by the general director and founder of the project Zhanaidar Kumekbayev. On the spare you can buy agricultural products and agricultural services.

"We also provide logistics services. Let's say we give our customers the opportunity to place their services, their goods on our platform. At the same time, we have chat rooms and a personal account. In the chat, you can correspond in a convenient language for you: whether it is Kazakh or Russian, and your recipient will receive a message in the language that he has in his settings. That is, we have a simultaneous translation tool, as well as a location tool on Google maps. We have integration with Google Maps, which greatly simplifies the search for potential customers,” the founder of the project said.

Another project from the agricultural sector is related to the identification of farm animals. This is an information system that allows you to recognize large and small cattle, as well as camels and horses. 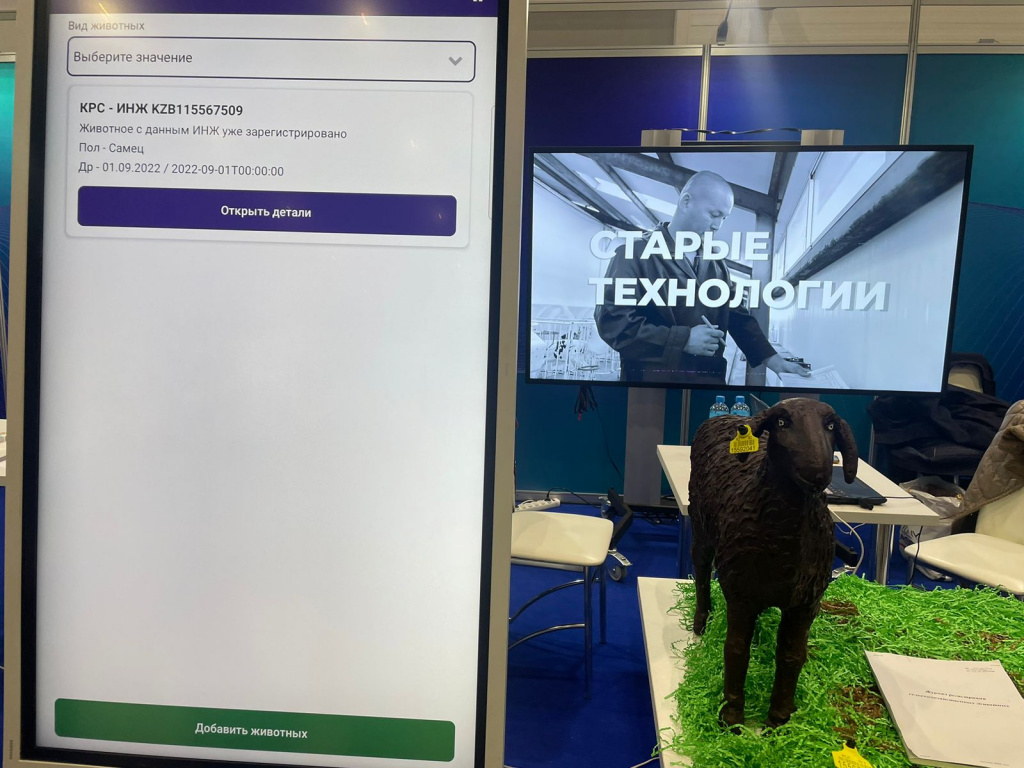 "We decided to make life easier for farmers and veterinarians, who mainly record data in journals. Let's say they work in the field and write everything down on paper, and then transfer it to the computer. In order to make it easier for them, we decided to make such an application that automatically registers through the tablet and all records are fixed in the database. That is, veterinarians will see all their animals in advance in the system if they want to get details about these animals. The appendix shows a tribal, non-tribal study, prevention of the disease. In the prevention section, you can see what vaccinations were made, the dates of immunization, what disease. Veterinary professional events can be held here. Thus, veterinarians will have less paperwork and more automation," Karlygash Idrisova, an analyst at the company said.

Young Kazakhstani developers told how they created a robot named Leonardo with their own hands.

"We collected it for about six months, printed all its components from a 3D printer, from PVA plastic completely. We have connected several software of the Xbox 360 game console to the system. He repeats the movements behind the person, can raise and lower his hands, turn his head. ", - the director of sports robotics Olzhas Aitzhanov said.

"For talented schoolchildren, there are special competitions from large technology companies, where every small developer can independently create his own project, implement it and win cash prizes. Such events give us great chances for the future," Bereke Meirambek, a participant of the forum, a student of the Russian Sports Academy in Almaty said.

At the Digital Bridge 2022 site, young developers presented their projects along with IT giants, which were presented to Kassym-Jomart Tokayev as part of the President's visit to the technology forum.