As President noted, National security system is the unshakable backbone of our statehood.

Kassym-Jomart Tokayev congratulated the veterans, officers, and NSC officials and noted their contribution to the strengthening of Kazakhstan's statehood.

«National security system is the unshakable backbone of our statehood, our independent development. Thanks to the citizens selflessly serving the motherland, our country follows the path of development and prosperity. Internal and external threats are responded to timely. The foundations of the State and constitutional order are under strong protection. The values of our independence have been challenged many times. You have worked tirelessly for peace and harmony,» the Kazakh President said. 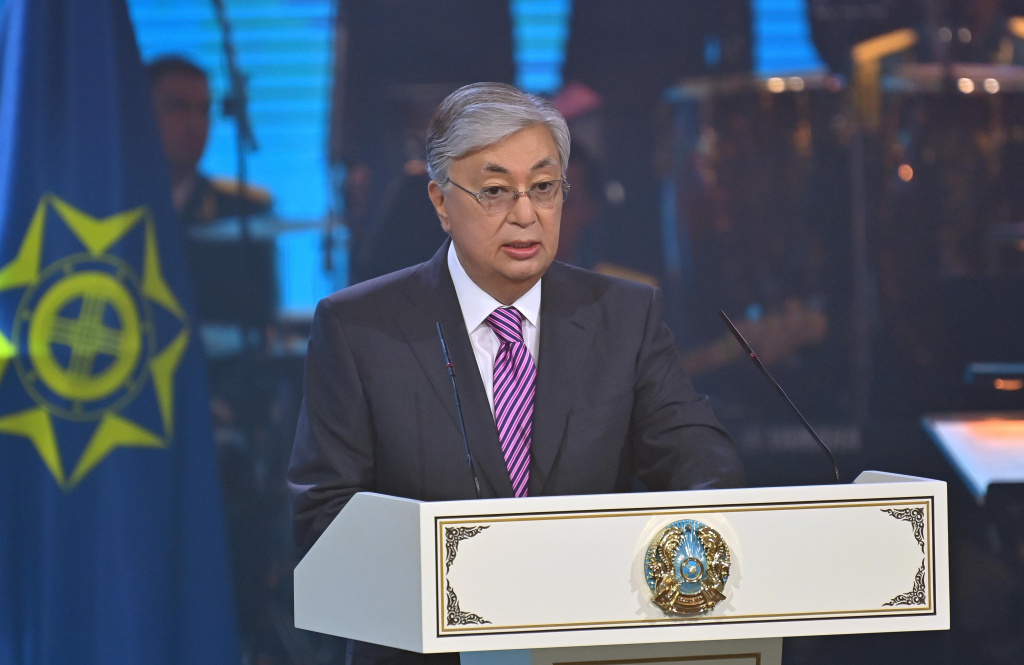 The Head of State reminded about the contribution of the national security bodies to the combat against terrorism and radical religious extremism in the 2000s.

“Since the start of the year, 42 people involved in extremism and terrorism promotion have been detained thanks to the effective work of the Committee's officials. Two terrorist acts were prevented. A number of dangerous criminal groups have been neutralized by the national security bodies and police. 22 members of armed bands were taken into custody. In a space of six months, 15 drug labs, and 23 international and 40 regional drug channels were eliminated. As part of the fight against international drug trafficking together with foreign partners 14 international special operations have been carried out”- Tokayev informed.

According to the data given in the speech, the border guards of Kazakhstan detained more than 7 thousand violators of the border regime and territorial waters. Illegal movement of currency, gold and goods totaling over 8 billion tenge was prevented. Along with this, special services reliably ensure the information security of the country. 1.5 thousand DDoS attacks on critical infrastructure facilities of the country were successfully repelled. 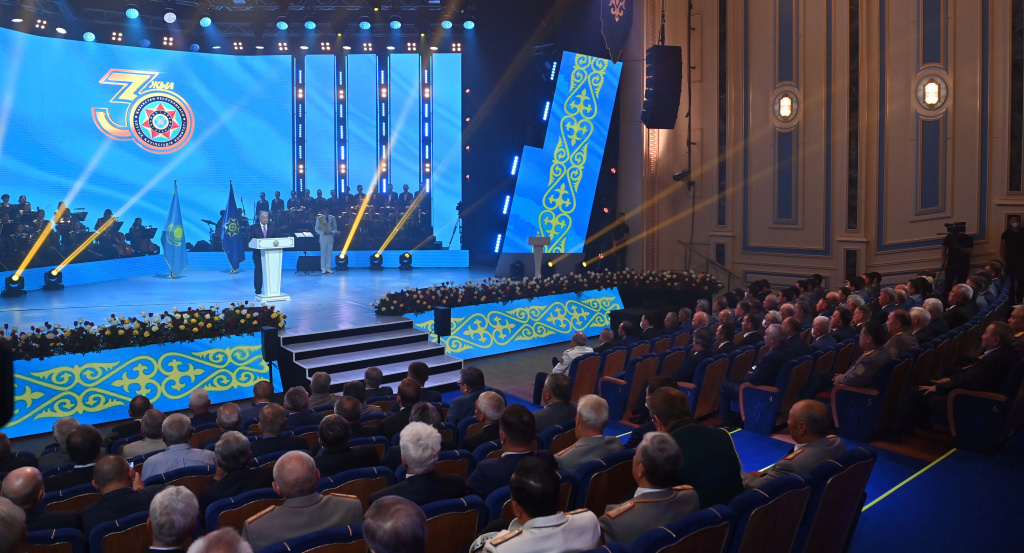 "Activities to protect national security do not always take place in full view of society, many do not know about it. However, your work is of particular importance. True patriotism is manifested not in honors, but in honest service to one's Homeland. We will never forget the heroes who gave their lives for the national interests of our country. Their exploits do not become public domain, but their names will be inscribed in golden letters in the annals of the National Security Committee. I express my gratitude to the veterans of the NSC for their many years of service," he stressed.

The Kazakh President believes that the growing geopolitical tensions, unprecedented sanctions standoff, and spreading hybrid conflicts result in fundamentally new challenges to national security. In his opinion, rapid globalization and all-out technological revolution lead to more transparent and open borders. There is a greater external influence on the information and social and cultural space of Kazakhstan as interdependence among states increases.


"We are faced with the task of ensuring the sustainable and effective functioning of state and public institutions, protecting the safety of citizens. During the tragic events of January, despite the misbehavior and betrayal of a number of the leaders of the Committee, many of our officers remained faithful to the oath, showed courage and valor. Large-scale conflicts in other countries have once again clearly confirmed that without stability there can be no sustainable progress. National security has become a decisive factor in increasing the competitiveness of states. Not only political stability within states, but also their sustainable economic development largely depends on the success of the work of special services," the Head of State is convinced.

Kassym-Jomart Tokayev said that the country has begun to build a New Kazakhstan, a deep modernization of all spheres of life. The state will consistently develop civil society and protect democratic principles.

According to him, at the new stage of development, the main guidelines are justice and the rule of law.

Tokayev noted that in May the decree on the reformation of the NSC aimed at the fundamental transformation of its activity and increase the quality of the national security system management was signed. At the end of the event, the President awarded a number of NSC officials with State prizes.

The Head of State believes that service in special bodies requires universal knowledge, a large-scale vision of the situation, the ability to make thoughtful, balanced decisions.

"It is important that each of you is a model of honesty and professionalism, always and in everything at the forefront of putting the interests of the state. Reliable protection and promotion of national interests, citizens' trust in the authorities, and the future of our country depend on your professional actions and personal qualities. Therefore, it is your important duty to deeply calculate any situation and make balanced and wise decisions," Kassym-Jomart Tokayev said, addressing the officers.

At the end of the event, the President awarded a number of employees of national security bodies with state awards.