On September 23, the solo concert of Dimash in Almaty saw the premiere of his song “The Story of One Sky”. 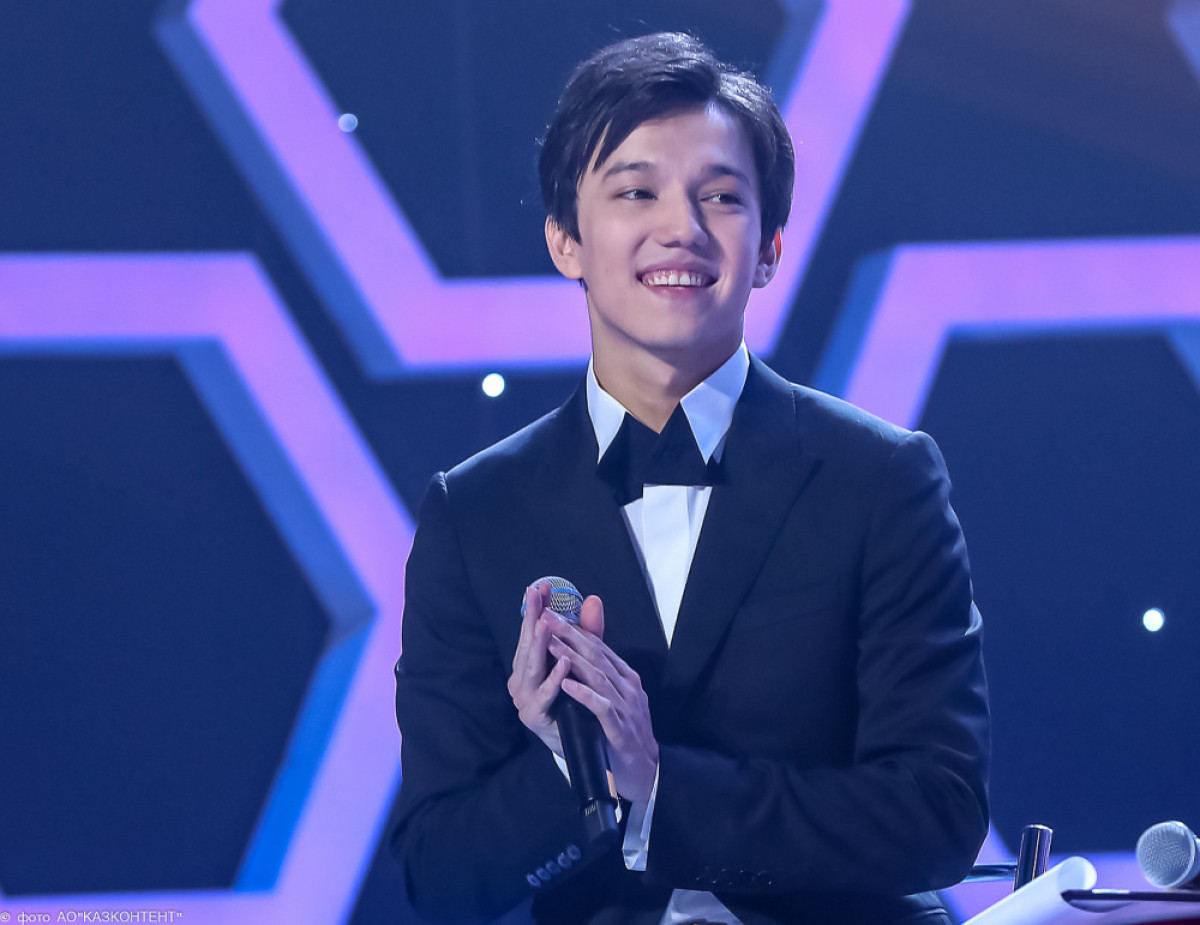 This complicated composition with a variety of music themes and tricks is a result of three years of compositional work of Dimash Qudaibergen, El.kz cites dimashnews.com.

Today, at the Kazakh artist’s fan meeting with his fans, the audience saw the MV to this work for the first time. The film is based on a story written by Dimash, with his own screenplay.

The director Alina Veripa told about the creation of the music video for the new song.

The clip is divided into several parts. The first one is about childhood. The main character, his 2 friends are connected by childhood stories and symbols of eternal friendship. One day the friend saves the Protagonist when he drowns. However, there is already competition in this children’s story, as the boys are in love with one girl, and she chooses one. The second experiences a kind of psychological breakdown and transfers the children’s problems into the adult world of totalitarianism and struggle.

By becoming president, the Antagonist carries the idea of a saving war:

“Only war will lead us to peace. Only the strongest can find love in their hearts. You must be strong enough to give the world freedom. A world where every city, every home is one. We will lead all who are ready to begin this new life. Anyone who resists has no place with us. I choose freedom. The world is open before me, and I want to give it to you. War for the people is the way to unity.”

The main character also speaks of unity, of peace, but through the lens of kindness and love.

While fighting, he is confused, he is in shock, but he has to save his family – his pregnant wife (the very girl from his childhood) and his daughter. Once home, he is horrified by the picture of the dead and realizes that his family is also dead. After surviving this drama, he moves on to the antagonist to seek revenge.

However, the Protagonist’s wife survives with the help of people who know that she is the one who must give birth to a special boy who can save the world. These are people of different nationalities and faiths who have united for peace.

A parallel line of pilgrims are people of different religions, walking the hard path to some place of power where they could unite and discover the Heavenly Eye that would illuminate the world. By uniting, they create a common energy in which the protagonist’s son is born, as Hope and Faith for the Better. Their journey is a symbol of faith in general, because it always goes through trials. When we go to the truth, we go through certain lessons and our way to God is difficult, but only possible if we come together.

This clip is not about war, it’s about peace. War here is a means of expressing the contrast of what happens when we lose love for one another. It is about the call to unite, to stop dividing each other along national, social, religious lines in order to preserve life, love, friendship, and the land for our children.

Subscribe to our Telegram channel and be the first to know the news!
Next news
Kazakhstan logs 107 fresh COVID-19 cases
Photo day
Kazakhstan and Argentina hold political consultations