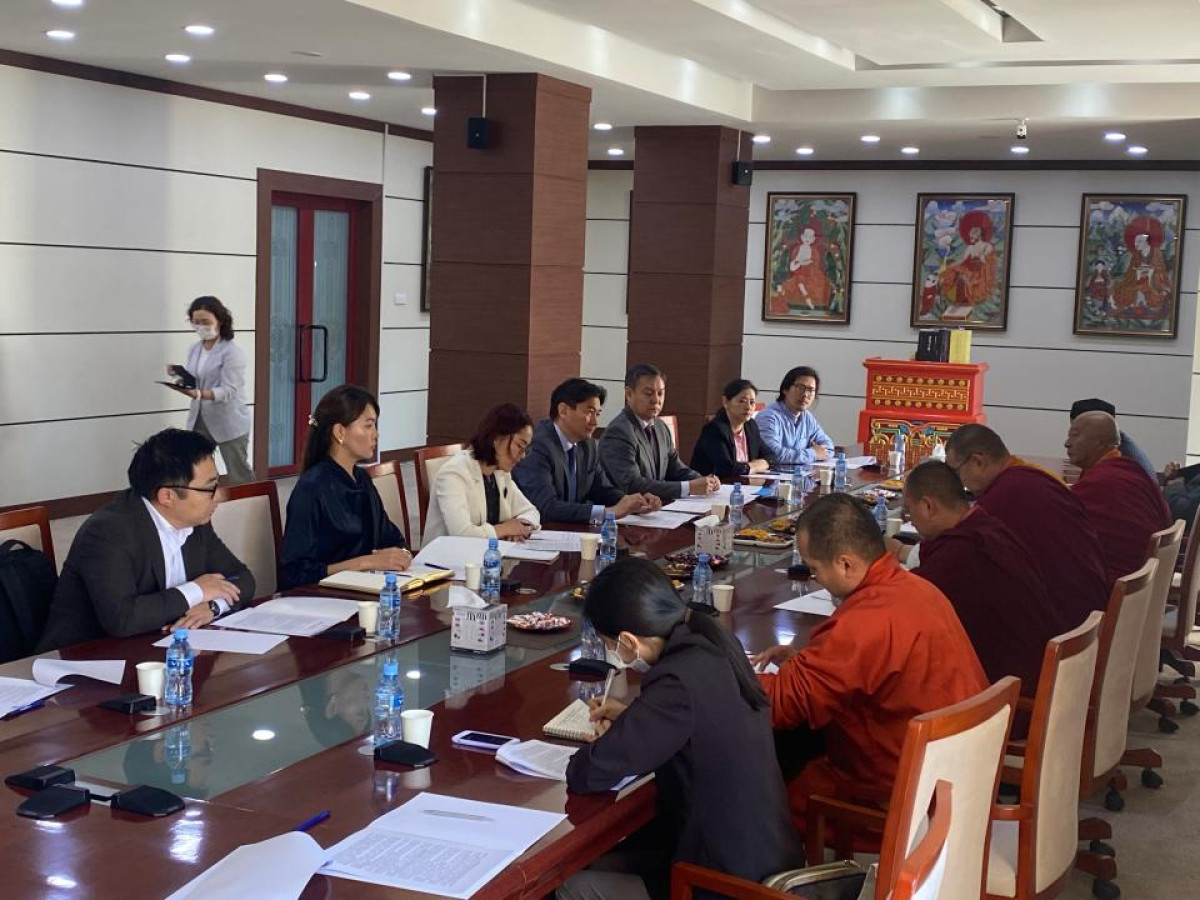 A round table was held at the Buddhist Center of Mongolia dedicated to the results of the VII Congress of Leaders of World and Traditional Religions held on September 14-15, 2022 in the capital of Kazakhstan. The event was organized by the Embassy of Kazakhstan in Mongolia with the assistance of the «Gandantegchinlen» Monastery, El.kz cites MFA.

Representatives of the Buddhist and Muslim clergy, expert circles, as well as the media of Mongolia took part in the work of the round table.

In his welcoming speech, the Ambassador of Kazakhstan to Mongolia Gabit Koishibayev acquainted the guests of the meeting with the history, goals, priorities and objectives of the Congress, held this year on the theme «The role of leaders of world and traditional religions in the spiritual and social development of mankind in the post-pandemic period». The Kazakh diplomat noted with satisfaction that the religious leaders, politicians, heads of international organizations who took part in this important international forum showed unity of views and assessments regarding the global problems that the international community is currently facing. He also expressed confidence that the Declaration, adopted at the end of the VII Congress of Leaders of World and Traditional Religions, will become a spiritual and moral guide for the current generation in the noble cause of building harmonious world peace.

During the round table, Buddhist clergy who took part in the work of the VII Congress – Da Lama of the Monastery «Gandantegchinlen» Khunkhar Byambajav and the Head of the Monastery «Zuun Khuree Dashchoilin» Khamba Lama Choijiljav Dambajav shared their views on the role of the clergy and religious denominations in ensuring spiritual health and international peace, as well as their impressions of the forum held in the Kazakh capital.

Khadis Batyrbek, Chairman of the Union of Muslim Societies of Mongolia, ex-Ambassador of Mongolia to the Republic of Kazakhstan (2001-2005) Damdinjav Dashnyam, Director of the Institute of Buddhism and Culture at the Dashchoilin Monastery Gombodorj Myagmarsuren and expert of the Department of Regional Studies of the Institute of International Studies at the Academy of Sciences of Mongolia Shugatai Amangul presented their vision regarding the current state and future of global interreligious peace and cooperation, as well as their assessment of Kazakhstan's efforts aimed at strengthening interreligious, intercultural and intercivilizational dialogue, including by convening congresses of leaders of world and traditional religions.

In addition, the Director of the TV-9 channel Bayar Bayartulga and the journalist of the Suuder.Inc portal Bat-Erdene Tsolmon spoke about their impressions of the trip to Astana to media cover the work of the Congress. In turn, the editor-in-chief of the newspaper Mongolia Today Ganbaatar Tumendelger advocated further strengthening of cooperation between the Kazakh diplomatic mission and the Mongolian media.

Following the results of the round table, which took place in a warm and friendly atmosphere, its participants expressed their desire to make regularly such meetings with the invitation of representatives of all religious denominations of Mongolia, the expert community and the media.

Republic Day is a national holiday of Kazakhstan