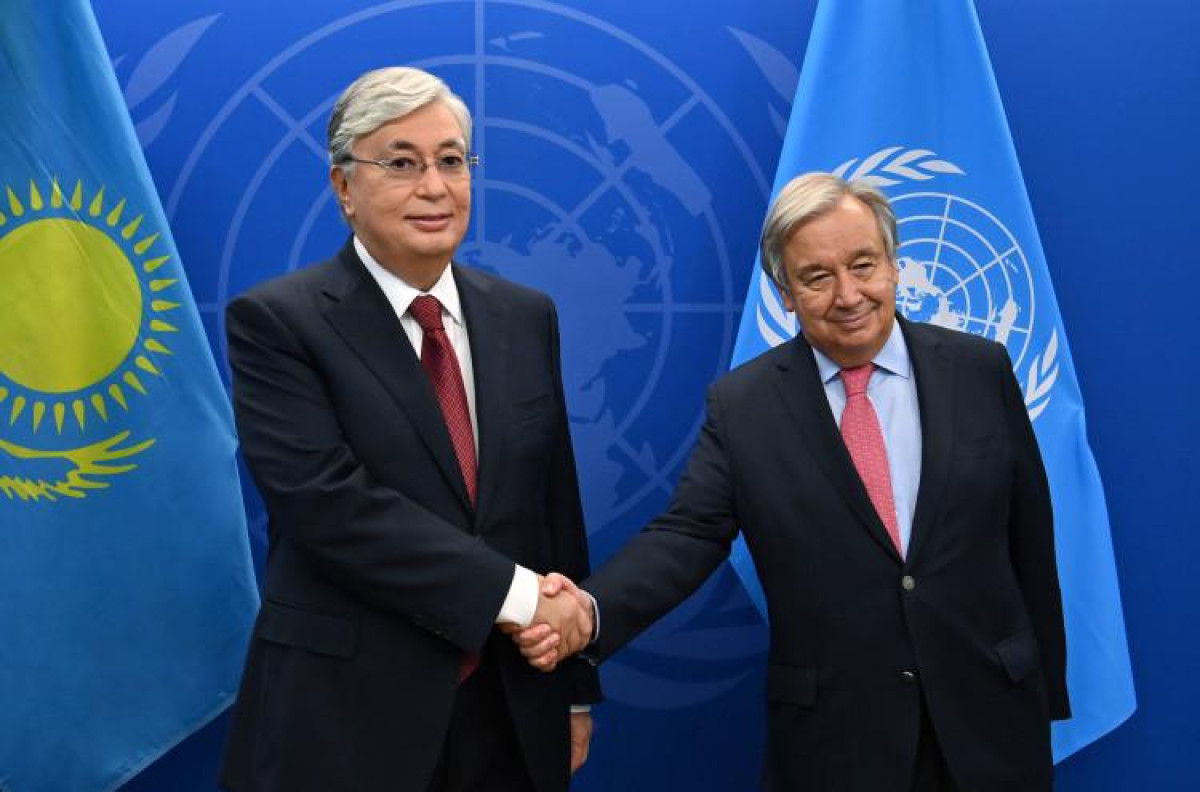 The program of the working visit of Kassym-Jomart Tokayev to New York ended with negotiations with UN Secretary-General Antonio Guterres, El.kz reports with reference to Akorda.

During the meeting the parties discussed the present state and prospects for strengthening multilateral cooperation between Kazakhstan and UN.

Special attention was drawn to the efforts aimed at the development of participatory approaches to the solution of pressing challenges of modernity.

The sides also debated the progress of implementation of the initiative of the Head of State to create the UN Hub for SDGs for Central Asia and Afghanistan in Almaty. The UN Secretary-General voiced his support of this important initiative.He also highly appreciated the Kazakh President’s largescale reforms.

The President praised the leadership of António Guterres as UN Secretary-General and expressed full support for his initiative to convene a "Summit of the Future" in 2024. Kassym-Jomart Tokayev expressed hope that the results of this important event will contribute to the implementation of the Sustainable Development Goals.

In a conclusion the Head of State invited António Guterres to visit Kazakhstan.

Subscribe to our Telegram channel and be the first to know the news!
Next news
Tokayev proposes to create UN regional center in Central Asia with an office in Almaty
Photo day
Kazakhstan, Greece mark 30th anniversary of establishment of diplomatic relations