Religious leaders gather to discuss issues that have not been resolved at other venues, as well as to generate a new plans.

The theme of the upcoming VII Congress, which going to be in Nur-Sultan city in September of this year is "The role of leaders of world and traditional religions in the spiritual and social development of mankind in the post-pandemic period", El.kz reports.

"The global pandemic has brought to the whole world anxiety, economic crisis, stagnation of humanity, that is, a change in the spiritual consciousness of humanity, negative phenomena in social development. It is gratifying that the planned forum highlights current topics and builds a very important dialogue in political terms. The peculiarity of upcoming Congress is concluded in the participation of the highest representative of the Roman Catholic Church, Pope Francis. The arrival of such high-figure participants at the meeting demonstrates the importance and role of the Congress at the highest level. During the visit, the head of the Roman Catholic Church is expected to take part in the opening and plenary session of the event, as well as in a number of meetings with some other religious leaders" - Sherzod Pulatov, chairman of uzbek ethno-cultural center of Nur-Sultan, member of Scientific expert Council of Assembly of people of Kazakhstan, member National Council (Ulttyq Qurylai) under the President of the Republic of Kazakhstan said.

As he noted, the upcoming congress is one of the largest international events not only in the history of independent Kazakhstan, but also in the international arena. It brings together religious leaders who contribute to the resolution of conflicts between religion and civilization. The highest representatives of different religions leaders participated on the Congress. For example, chairman of the Board of Religious Affairs of Turkey, Grand Mufti-Mehmet Gormez; adviser to the president of the Islamic Republic of Iran, President of the organization of cultural and Islamic Relations-Mehdi Mustafawi; Secretary General of the World Islamic League-Sheikh Abdullah Bin Abdel Muhsin at-Turki; As an example, we can cite the participation of the Deputy Minister of Islamic Affairs and Waqf of the Arab Republic of Egypt, and other representatives of religions from different countries of the world had their contribution on it.

The main goal of the forum participants is to promote the consolidation of society in a peaceful and safe world.

"Another important distinctive feature of the Congress is that it will be attended by 130 delegations from 60 countries of the world as representatives of all world and traditional religions, as well as authoritative religious and international organizations. This undoubtedly shows that the number of participating countries is increasing in comparison with previous events. We are confident that the planned meeting will be successful and will once again contribute to the growth of our country's authority in the international arena as a mature state capable to respond to the most pressing problems of our time" - Sherzod Pulatov stressed. 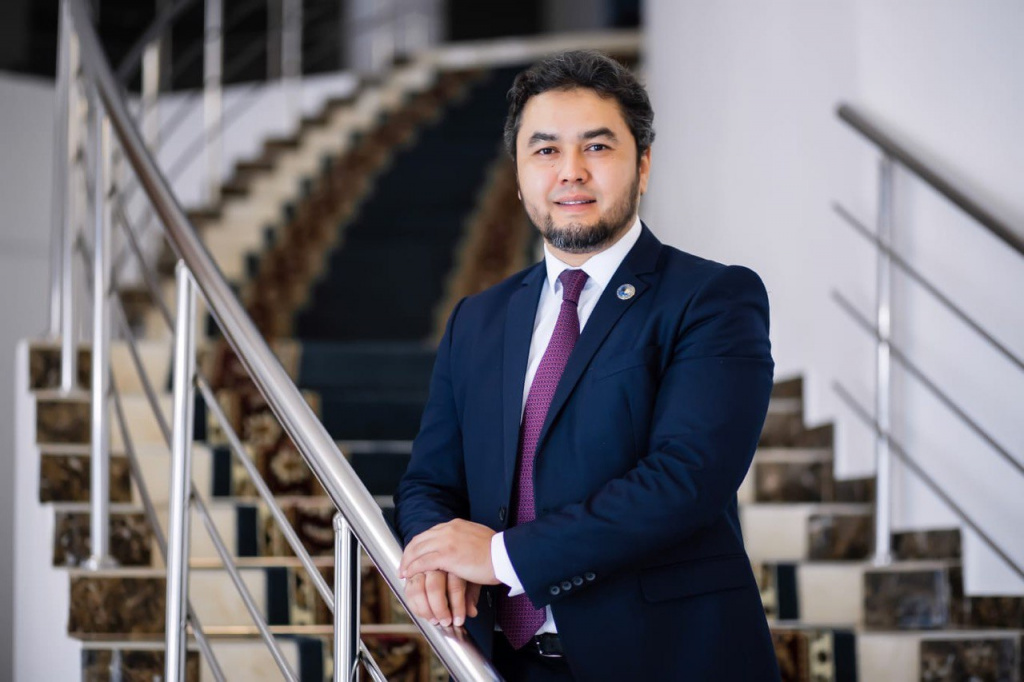 Also an expert added, the world experience shows that the preservation of internal and international political stability and prosperity of multi-ethnic and multi-confessional states depends on a successful policy of these sensitive and delicate spheres of social life. The complexity and ambiguity of the situation in neighboring countries also affects both interethnic and interfaith relations. This requires increase of attention on a new realities emerging in the country and abroad. In these conditions, the activities of institutions of harmonization of interethnic and interfaith relations are very important. In this regards Kazakhstan has established its own model, represented by activities of different organizations such as Assembly of the People of Kazakhstan, which is powerhouse institute in field of interethnic relations. This institution is concentrating on uniting of all those who wish to preserve peace and tranquility in the country, and constantly searching for new ideas and formats in accordance with the realities of present time. Indeed, it has a huge potential for solving complex problems in the field of state ethnopolitics.

"In the other hand, Kazakhstan has also advanced in interfaith relations. Religion was always playing a very important role in the society and consolidating people on goodness and peace bases and adequately responds to the demands and threats of the time. Verity of religious dogmas always rises discussions and controversies.  Sincere concern for the fate of the world turned Kazakhstan into the awareness of necessity to bring world religious leaders to a dialog. Today whole world recognizes that the Congress of Leaders of World and Traditional Religions held in Kazakhstan, and it has become the largest dialogue platform and it has no analogues in the world" - member of National Council (Ulttyq Qurylai) under the President of the Republic of Kazakhstan concluded.