According to the macroeconomic indicators presented by the Prime Minister, real GDP growth in 2022 will be at least 3%,

Kassym-Jomart Tokayev chaired the meeting on issues related to the forecast of the socio-economic development of the country for 2023-2027, as well as the draft republican budget for 2023-2025, El.kz reports with reference to Akorda.

According to the macroeconomic indicators presented by the Prime Minister, real GDP growth in 2022 will be at least 3%, and in 2023 this figure will reach 4%. 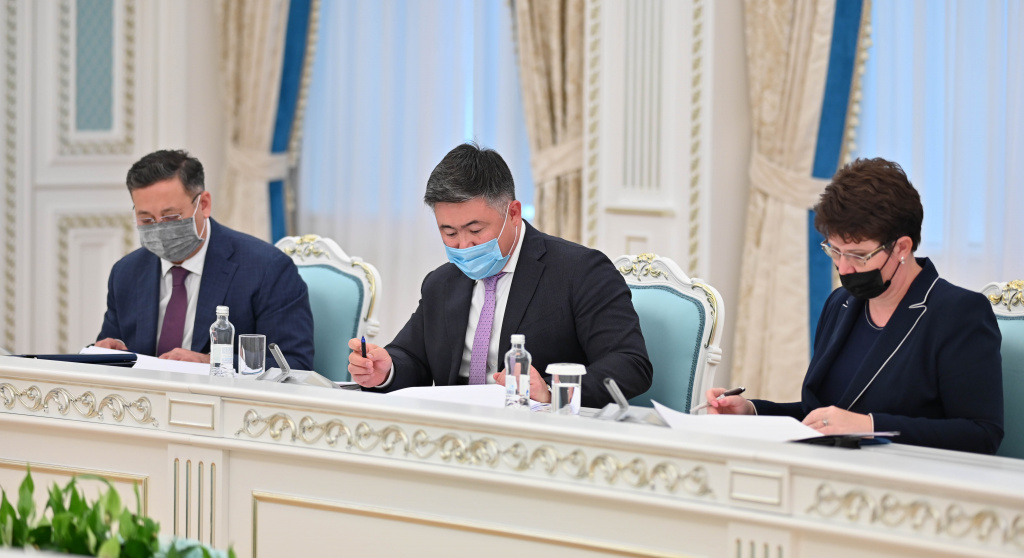 A positive aspect of the draft republican budget is a sharp decrease in guaranteed transfers from the National Fund from more than 4 trillion tenge in 2022 to 2.2 trillion in 2023. Macroeconomic stability will also be positively affected by the reduction of the non-oil deficit from 8.3% to 6.8% in 2023.

Kassym-Jomart Tokayev paid attention of the Government to the need to ensure high-quality planning and distribution of financial resources. In general, the President supported the presented forecast of socio-economic development of the Republic of Kazakhstan for 2023-2027 and the draft republican budget for 2023-2025, taking into account their revision on the points discussed during the meeting.

Our foreign policy continues to be balanced - Kazakh President

What world media write about Address of Kazakh President