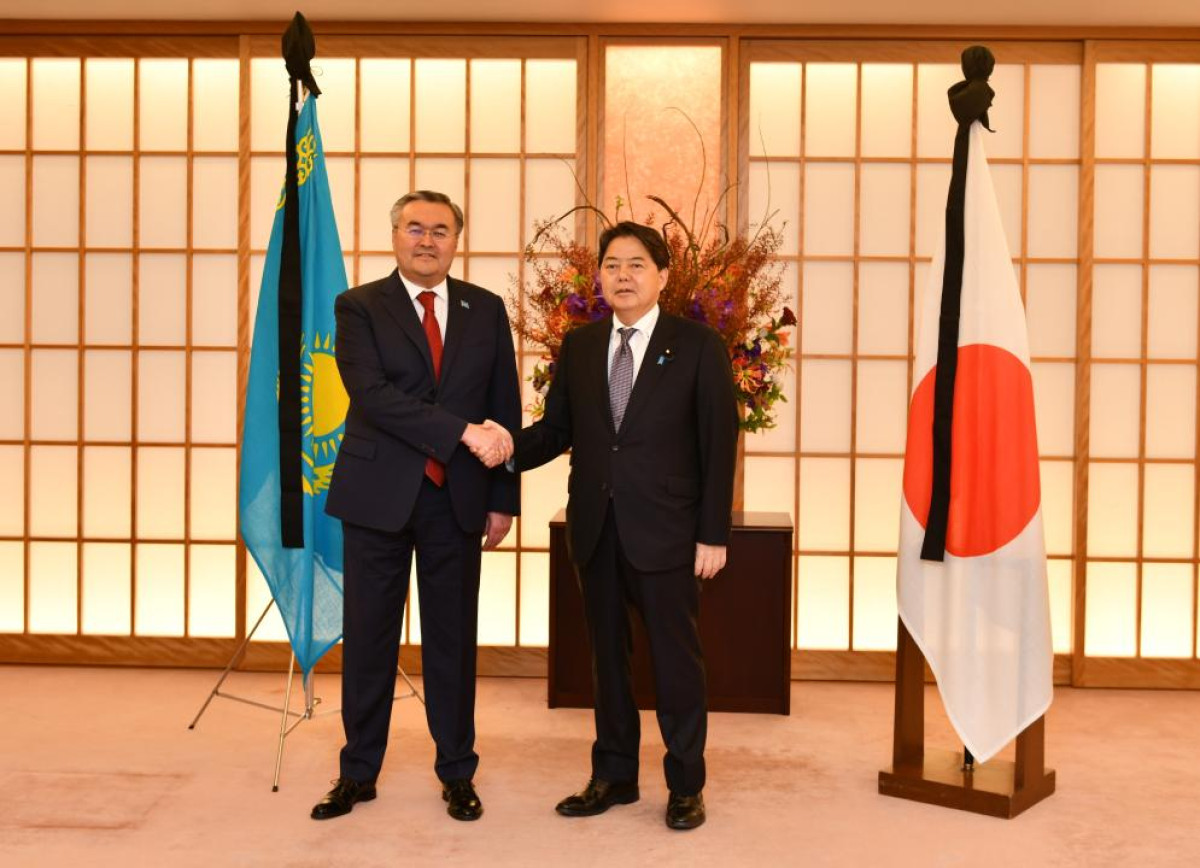 On behalf of the Head of State, Deputy Prime Minister - Minister of Foreign Affairs of Kazakhstan Mukhtar Tileuberdi arrived in Tokyo on a working visit to attend the state funeral of former Japanese Prime Minister Shinzo Abe, El.kz cites MFA.

After the arrival of the Kazakh delegation in the Japanese capital, Mukhtar Tileuberdi held talks with Japanese Foreign Minister Yoshimasa Hayashi. Expressing condolences on behalf of President Kassym-Jomart Tokayev and the people of Kazakhstan, Minister Tileuberdi noted that Abe was a close friend of our country and made a significant contribution to strengthening relations between the two states.

During the talks, the parties noted that Kazakhstan and Japan have reached the level of an expanded strategic partnership in a short historical period, and this year the states are celebrating the 30th anniversary of the establishment of diplomatic relations.

The ministers also discussed a wide range of issues of bilateral relations, including ways to expand trade, economic and investment cooperation, as well as interaction in a multilateral format. The schedule of upcoming events at the highest and high levels was also considered in detail.

Subscribe to our Telegram channel and be the first to know the news!
Next news
Tokayev pays working visit to Turkistan region
Photo day
Kazakhstan and Argentina hold political consultations