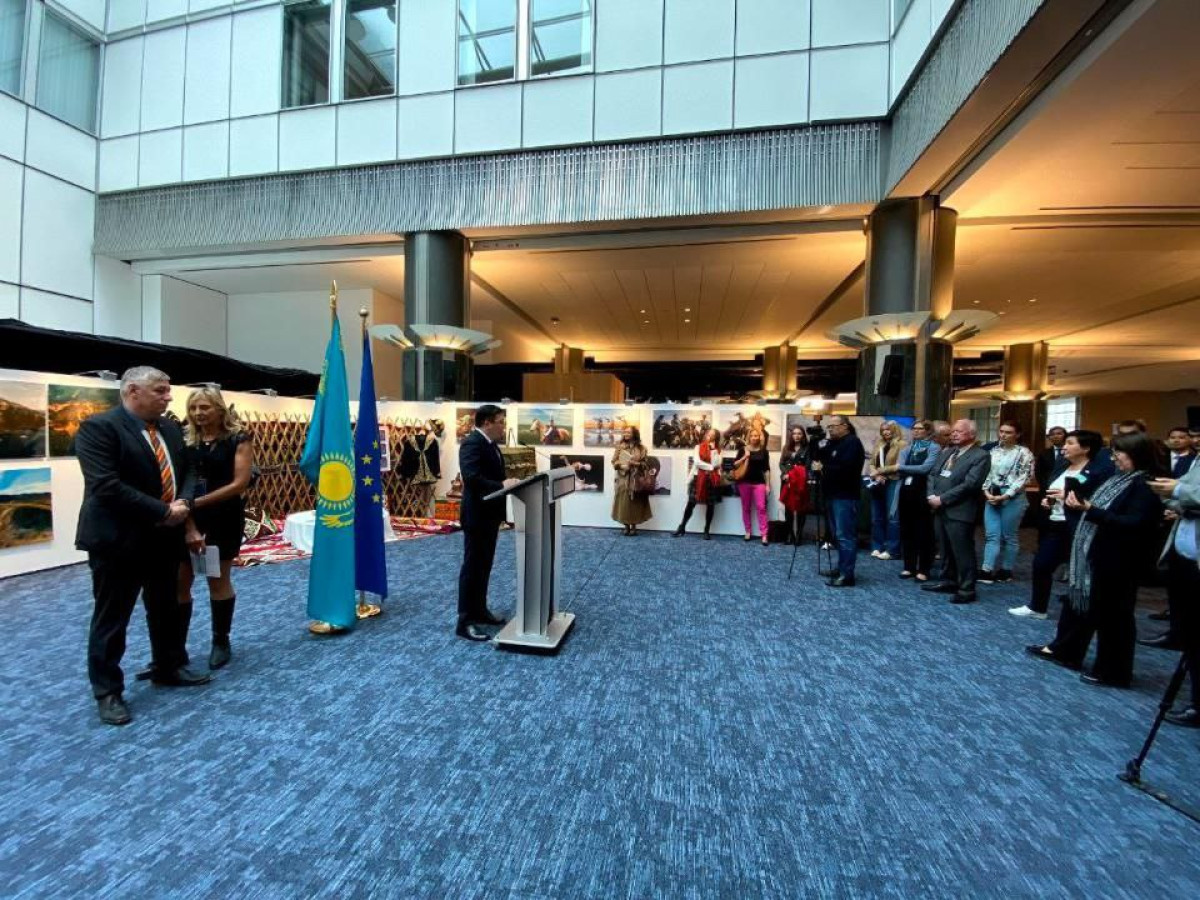 The opening ceremony of a thematic exhibition dedicated to modern Kazakhstan, as well as its historical and cultural heritage, economic and tourism potential was organized in the European Parliament's premises in a solemn atmosphere, El.kz cites MFA.

Chairs and members of key structures of the European Parliament, senior officials of the European External Action Service and the European Commission, as well as foreign diplomats and representatives of international organizations accredited in the EU capital attended the opening ceremony. In his welcoming speech, the Head of the Mission of the Republic of Kazakhstan to the EU, Margulan Baimukhan, noted that “our country has historically been a connecting bridge between Asia and Europe, opening up opportunities for trade and intercultural dialogue". According to him, the location of Kazakhstan allows it to play an important role as a transport and logistics hub of the "modern version of the Silk Road." In this context, he welcomed the comprehensive strengthening of multifaceted relations between Kazakhstan and the EU on the eve of the 30th anniversary of the establishment of diplomatic relations between them.

Speaking about inter-parliamentary cooperation, the Kazakh diplomat noted the substantive dialogue with the leading political groups of the European Parliament. As is known, members of the Delegation of the European Parliament for Cooperation with Central Asia and Mongolia (DCAS), as well as the Sub-committee on Human Rights (DROI), visited Kazakhstan in April and August 2022 in order to establish further dialogue and receive up-to-date information on political reforms initiated by President Kassym-Jomart Tokayev.

The organizer of the exhibition, Member of the European Parliament's Committee on Employment and Social Affairs (EMPL), Helmut Geuking, noted that this event will allow MEPs, employees and guests of the European Parliament to learn more about the unique history of Kazakhstan and get acquainted with the traditions and customs of the Kazakh people. In his opinion, "Kazakhstan is a strategically important partner of the European Union in the field of politics, economics and trade." Speaking about the history of Kazakhstan, he noted that "the Kazakh people faced many trials on their historical path, including the horrific consequences of nuclear tests at the Semipalatinsk test site, and deserve proper respect for themselves."

Subscribe to our Telegram channel and be the first to know the news!
Next news
Kazakhstan and UK plan to increase flight frequency
Photo day
Kazakhstan, Greece mark 30th anniversary of establishment of diplomatic relations