Bookcrossing and libraries for toddlers: How to instill a love of reading in children?

If you do not cultivate in children an interest in books, soon they will completely lose their relevance among the younger generation, - experts

In recent years, children across the country are increasingly holding phones and other gadgets, and less often - ordinary paper books. However, experts believe that reading books on printed pages has more advantages than using books on electronic media.

To increase interest in the book and instill a love of reading in children, city libraries and public organizations held various events, also coincided to the Year of Children in Kazakhstan. About how these initiatives were implemented, which authors Kazakh children read and why all the zones for preschoolers are needed in libraries, read in the material of the correspondent of the El.kz.

On the eve of the Capital Day, with the support of the National Academic Library, a children's book fair was held aimed at popularizing reading among the younger generation. During this fair, the Centralized Library System of Nur-Sultan organized bookcrossing for children and adults, which attracted great attention of visitors. 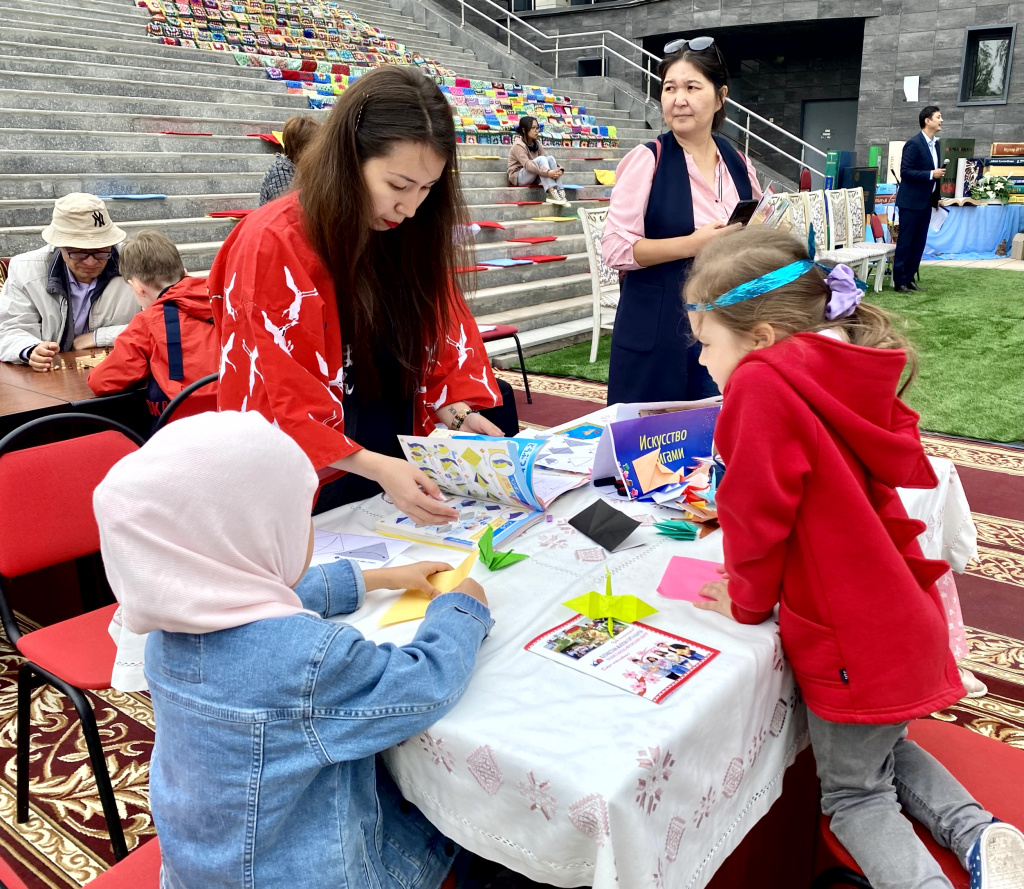 "First of all, our goal is to promote literature. We do this so that our readers - both children and adults - can understand that libraries are still needed now, and that a paperback book is needed even more than an electronic one. We strive to show our readers that everyone can find a book for themselves by age and interests.

Bookcrossing, which we organized, involves book exchange among those who wish. For example, if a person has read a book and it just stands at home as unnecessary, he can use bookcrossing to share it, give it to another, and in return take a book from us that he has not yet read. To date, books are not cheap and, unfortunately, not everyone has the opportunity to afford such an acquisition.

Our book exchange is absolutely free for readers, but, nevertheless, carries great cultural and social value. Despite the fact that in libraries we also give books for free with subsequent return, it is much more interesting for people to get involved in book exchange in the format of bookcrossing, " Svetlana Litvinchuk, head of the children's library No. 8 of the Centralized Library System of Nur-Sultan said.

She noted that it is for this reason that it has become quite a popular phenomenon in Kazakhstani society and people are very willing to share literature with other readers and book lovers.

"Today, we have prepared books of different formats and genres for exchange, so everyone who visits us finds something interesting and suitable for themselves. In just a couple of hours, a large number of people approached our bookcrossing tent with interest and many left their old books to pick up something new for themselves. And we, librarians, do not lose hope that in the age of new technologies, gadgets and screens, the paper book will not lose its value. I believe that the phone is good, but the book, after all, is better, "the head of the children's library added.

She is sure that such events should be held as often as possible, because instilling in children a love of books is incredibly important.

"Children of all ages need to be helped to find interest in books, and for this teachers, librarians and parents need to work together. And the school plays a big role in this process. If we do not cultivate in our children an interest in reading, do not prompt and help them, books will cease to be in demand among the younger generation. Unlike previous years, now children's leisure is oversaturated with a variety of activities and things, so maintaining interest in a paper book is so important and necessary. For these purposes, we regularly hold various events in each library of the Centralized Library System of Nur-Sultan to show the beauty and value of the book to adults and children.

The main idea that we want to convey to people: information read independently is remembered and absorbed much better than information heard from someone. The value of the librarian's work lies in the fact that we can help children choose the necessary and most useful literature in the libraries of our city," said Svetlana Litvinchuk. 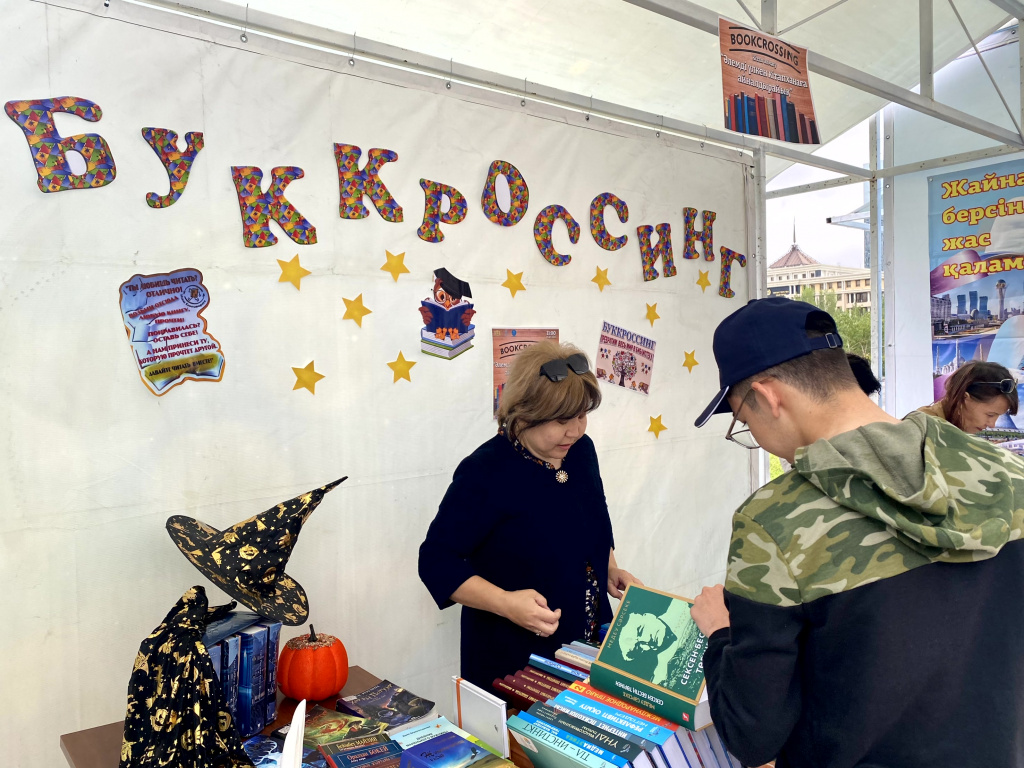 She also spoke about the situation with children's literature in our country and the books of which authors children take from libraries most often.

"Children's literature is never too much. One of the writers once said that it is always much easier to create works for an adult reader, because he understands the syllable and the author speaks the same language with him. But in order to interest the child, you need to be able to find common ground with him and be on the same level with him. It's harder than it sounds. And if the author is able to reveal any topic in a language accessible to children and they enthusiastically read the book to the last page, then he really has a writing talent. Fortunately, in our country there are also gifted writers, from whose pen came wonderful children's works. For example, personally, I really like the works of the Kazakh writer Dariya Dzhumageldinova. Living in Kazakhstan and publishing in domestic literary magazines, she is also a member of the Russian Union of Writers and was even nominated for the Russian Prize "People's Writer" and entered the golden fund. Most of her works are written for children. In addition, in 2015, the works of Daria Dzhumageldinova were included in the general education program in Russian literature, the Russian language and self-knowledge for students of grades 2, 4, 5 and 8," the head of the children's library said.

She writes in Russian and Kazakh. In addition, she has a very easy style of writing works that are read in one breath. At the same time, she touches on very serious social topics, very skillfully revealing them in her works for a young reader. In addition to prose, the Kazakh writer also publishes wonderful children's poems, which our children are happy to memorize. 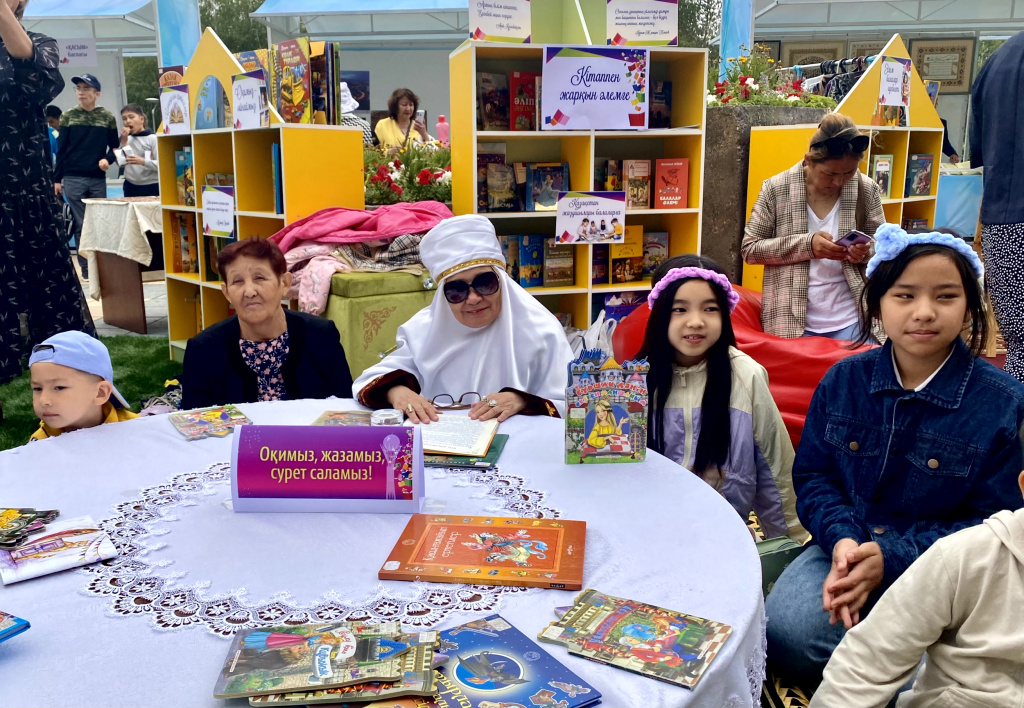 Another initiative within the framework of the Year of Children was the proposal to organize specialized places for preschool children in city libraries. This was told by the founder of the NGO "Institute of Childhood OYNA" Rymzhan Turlybekova.

"The purpose of our institute is to develop the concept of early childhood and improve its quality in Kazakhstani children. To realize our goals, we conduct various kinds of trainings, seminars and conferences on preschool education and childhood in Kazakhstan. This year we began to implement the project "Alaqan", which is aimed at the formation of daily useful habits in children in five areas: at least 1 hour of physical activity; 2 hours of screen time; 3 hours of free play; 4 or more water intakes; consumption of 5 types of vegetables and fruits. Within the framework of this project, working on the issue of digitalization of children, we, after all, instill a love for books and tell parents how it is possible to spend interesting time with a child reading, " the founder of the OYNA Institute of Childhood said.

So, according to the speaker, the idea of creating a special place for preschoolers in libraries throughout the country appeared.

"Now our libraries are visited by children from 6 years old. We, in turn, suggest that children under the age of 5 should visit the library. We propose to organize a special soft space for them, where there would be beautiful illustrated hardcover books with colorful pictures that will be divided into age categories” – she added.

She expressed confidence that such events with the participation of children should necessarily be held in all libraries.

It also became known that in order to popularize children's literature in Kazakhstan, representatives of the Russian House in Nur-Sultan presented a children's fairy tale "Enchanted Nur-Sultan", written and voiced for children by the children themselves.

"Last year, as part of our children's camp, we decided to write a fairy tale dedicated to the capital - Nur-Sultan. All this was implemented under the auspices of the project "Children for Children". First, the children studied the capital, visited all the sights of the city, and then, under the guidance of the famous Russian writer Anna Goncharova, they wrote the fairy tale "Enchanted Nur-Sultan".

This tale was published in Kazakh and Russian languages. At the end of last year, the book was officially presented and the author himself visited the capital on this occasion. At the moment, we are working together with our children to prepare an audio recording of classical and modern literature for visually impaired children and children with special needs.

The idea of creating audio versions of books came to us when we learned from the heads of centers for special children that children perceive the speech of other children much better. The State Academic Russian Drama Theater named after M. Gorky and the National Academic Library of the Republic of Kazakhstan help us in this," said Olga Skalchuk, a representative of the Russian House in Nur-Sultan.

Experts give new names to variants of monkeypox virus