President Kassym-Jomart Tokayev, who arrived in Ashgabat to take part in the Sixth Caspian Summit, held a meeting with President Serdar Berdimuhamedow of Turkmenistan, El.kz reports with reference to Akorda.

Kassym-Jomart Tokayev thanked his Turkmen counterpart for the traditional hospitality. Considering that this is the first face-to-face meeting at the highest level after Serdar Berdimuhamedow’s election as Turkmenistan President, President Tokayev congratulated him on his election victory. 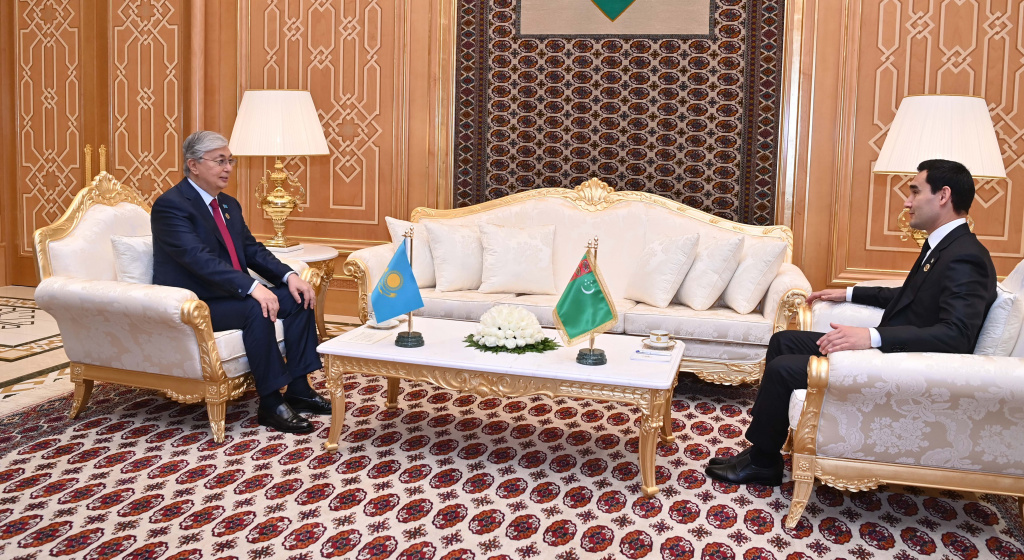 Kazakhstan’s leader noted the special significance of the Ashgabat summit. He expressed confidence that the outcomes of the summit will contribute to strengthening the ties of friendship and good-neighborliness of the Caspian countries and define new horizons for their mutually beneficial cooperation.

Kazakhstan-Spain: Achievements and Prospects of Diplomatic Relations over 30 year