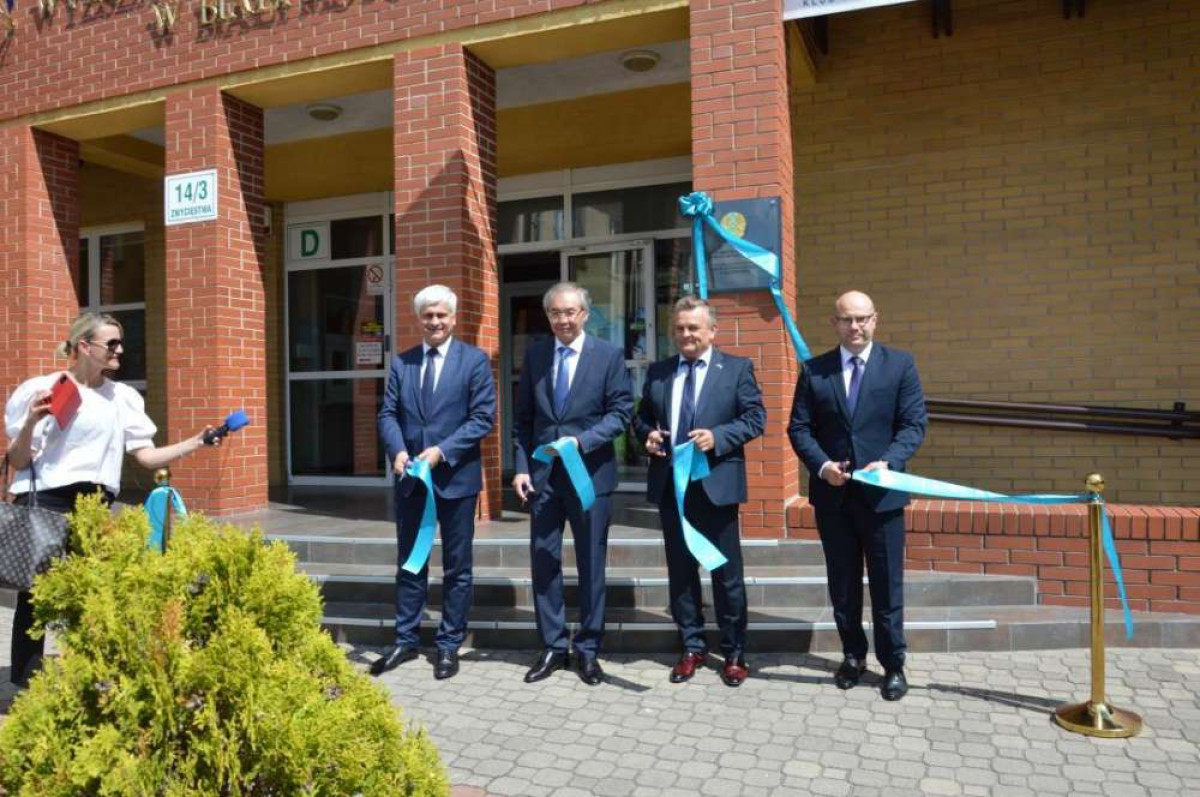 In the year of the 30th anniversary of the establishment of diplomatic relations between the countries, an honorary consulate of the Republic of Kazakhstan was opened in the city of Belostok - the administrative center of the Podlaskie Voivodeship of Poland. Rector of the Higher School of Economics in Belostok, Chairman of the Supervisory Board of the Regional Development Agency, Professor Alexander Prokopyuk was appointed Honorary Consul, BaigeNews.kz reports with reference to the press service of the Ministry of Foreign Affairs of the Republic of Kazakhstan.

The Ambassador of Kazakhstan to Poland Alim Kirabaev stressed that in the light of the systemic reforms being implemented in Kazakhstan, the activities of the Honorary Consulate will give a further impetus to the development and expansion of Kazakh-Polish cooperation in the political, economic, cultural and humanitarian spheres for the benefit of the peoples of our countries. The main efforts will be aimed at assisting Kazakhstani citizens and ensuring the protection of their rights and interests, as well as developing cooperation between the regions of Kazakhstan and Poland.

Alexander Prokopyuk expressed thanked Government of Kazakhstan for the trust placed in him.

"Kazakhstan is the undisputed leader of socio-economic changes in Central Asia and is recognized as the most stable state in this region. The country's authorities encourage entrepreneurs to attract investment in various sectors of the economy, in particular, in agriculture, information technology, the pharmaceutical industry and renewable energy sources. Kazakhstan is taking the necessary measures to protect foreign investors, as well as companies with foreign capital in the country. The government of the country pursues a policy aimed at economic development, in the future Kazakhstan plans to become one of the 30 most developed countries in the world. For my part, I will make every effort to strengthen bilateral relations between Kazakhstan and Poland," he said.

Representative of the Ministry of Foreign Affairs of Poland Michał Grodzki stressed that Kazakhstan is one of the significant economic partners of Poland in Central Asia and expressed support for the Polish side in the implementation of large-scale reforms carried out by Kazakhstan.

Subscribe to our Telegram channel and be the first to know the news!
Next news
Kazakhstani film collects almost 50 world awards
Photo day
Number of tourists increased in Kazakhstan